Zolani Leaves Emma and Lindiwe to Kill Themselves – The River

News
22 June 2020
Buckling under pressure, Zolani left Emma and Lindiwe to take care of themselves.
Subscribe to Watch

Lindiwe and Emma’s ongoing feud came to a final in Friday’s episode of The River as Zolani left the two to take each other out. For a while now, we’ve watched as Lindiwe and Emma have tried to kill each other – Emma in an effort to swindle money out of the Dikanas and Lindiwe, in an attempt to stop Emma in her tracks.

But during the latest episode of The River, Lindiwe and Emma’s war went from a cat and mouse game to a survival of the fittest (or should we say quickest).

Over the weeks, we watched as Emma flaunted her tricks and plans to Beauty. Whether Emma was telling Beauty about poisoning Lindiwe’s drink or the trick she used to worm her way into Zolani’s life, Beauty became Emma’s confidant. Through all of this, not once did we think that Beauty would spill Emma’s beans.

However, things took an unexpected turn after Emma and Beauty’s quarrel. Emma dragged Beauty through the mud as Beauty refused to take an envelope full of money that Emma had conned out of Zolani. Things got really bad between the cousins as Beauty gave it straight to Emma, who was clearly insulted by Beauty’s honesty. 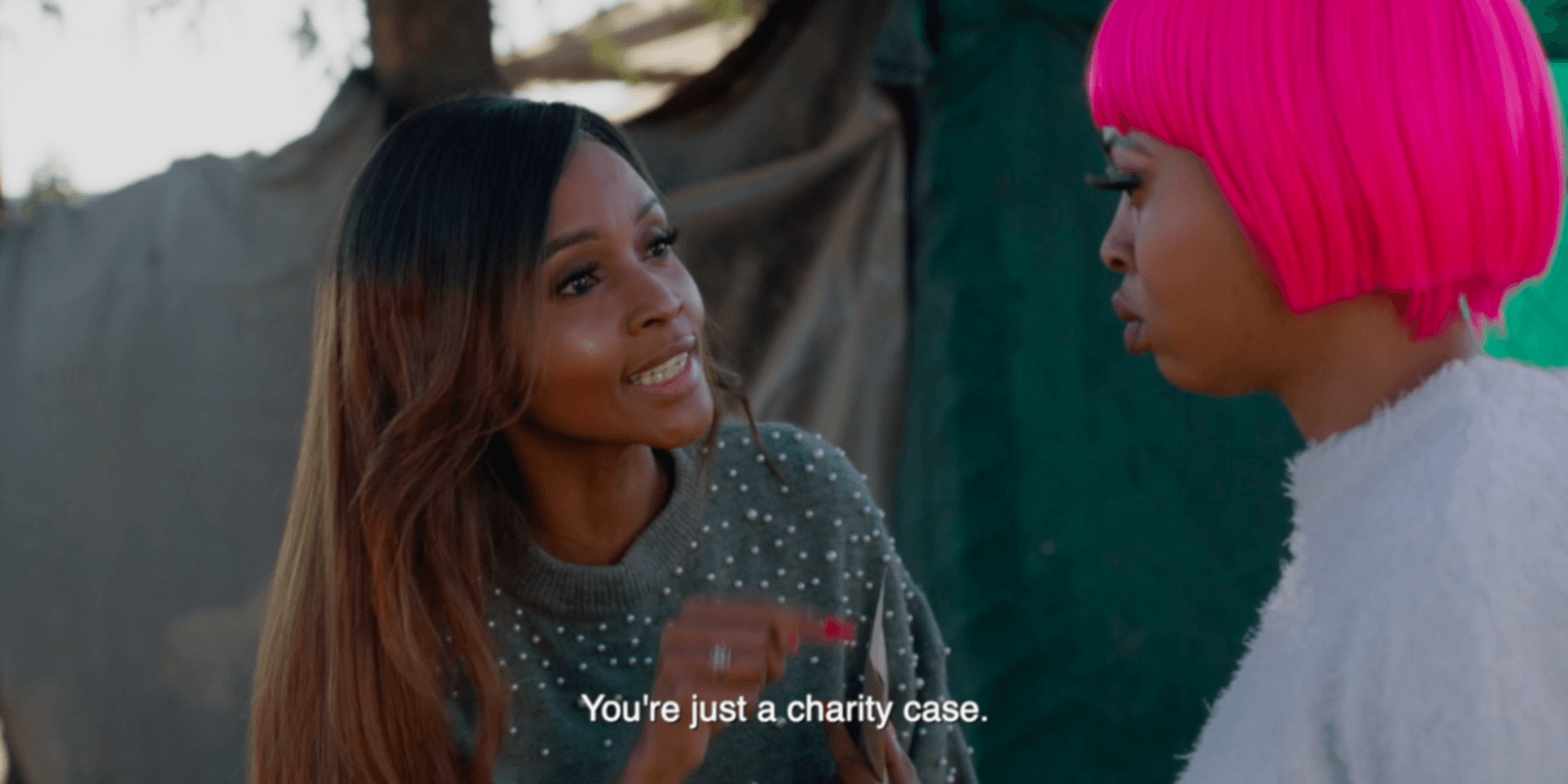 Next thing we knew, Beauty was at the Dikanas home ready to tell Andile everything that Emma had told her in private. Beauty sang like a canary as she exposed each and every secret that Emma had ever told her.

This all the while Emma was encouraging Zolani to shoot and bury Lindiwe. However, the gun turned to Emma too when Zolani received Andile’s call. It soon became evident that everything that Lindiwe had warned Zolani against was in fact very true.

Of course, Emma tried to explain and talk herself out of potentially dying at Zolani’s hands, who’d turned the gun on both his wife and aunt. Lindiwe pumped Zolani up to kill Emma and Emma did exactly the same.

With the pressure coming from both sides, Zolani buckled under the pressure and threw his gun at Emma and Lindiwe’s feet. Being the G that she is, Lindiwe fought Emma off and got her hands on the gun.

And the rest is history…

Catch The River Season 3 weekdays at 20:00 only on One Magic.

Video
I knew you'd stab me in the back! – The River
Zolani was the first person to smell guilt from Bukhosi and his sons and when he told Lindiwe about it she didn't want to hear any of it but after doing some more digging and seeing him on camera. he confirmed to her that it's Ntuthuko which ofcourse without wasting any time made Lindiwe go to the Hlope mansion ready to kill.
Video
You'd have to leave Beauty first - The River
Bukhosi still wants nothing to do with Beauty and he's making it clear every single day. After not caring that Mlilo got shot, he waits till he calls him to get him out of going to jail like he knew he would and thanks to Nkanyiso the call does take place but this comes at the heavy and very painful condition that he needs to break up with Beauty first which hurts him but he agrees to.
Video
Emma Overhears Lindiwe and Zolani's Plan – The River
Zolani has a change of heart regarding his place in Emma's life and supports Lindiwe in killing the mother of his child. Emma overhears the two plotting her death.
Video
Lindiwe Finds Zolani and Emma Making Out – The River
Lindiwe returns home to find that things have changed in her home. She's furious when she sees Zolani making out with Emma under her roof and chases them out. Mabutho and Kedibone reconcile.