News
22 May 2020
Are you caught up with The River? Mzansi’s favourite telenovela returns on Monday, 25 May.
Subscribe to Watch

Clear your weekday schedule, rewrite your weeknight telenovela binge list and do whatever else it takes to make sure you don't miss new episodes of The River. From Monday 25 May, the Mokoenas and the Dikanas will be taking over your screens with more drama, intrigue and laughter.

So, to ensure you're up to speed with everything that went down (and it was A LOT) just before the production break here's where we left off:

Morapedi and Dimpho’s secret is exposed

Just before The River went on a production break, Dimpho’s family started asking a lot of questions about her questionable behaviour. Thuso went as far as sending out a search party one evening when Dimpho did not return back home.

Reckoning that it was time they let the cat out the bag, Dimpho suggested that Morapedi and her stop hiding their relationship. However, Morapedi insisted that they continue to keep things private until he felt that the time was right.

But things took a turn for the unexpected when Tumi walked in on Dimpho and Morapedi making out in the office. While Tumi knew all along that Dimpho was seeing someone, she had no idea that Dimpho’s secret boyfriend was the one and only Morapedi. 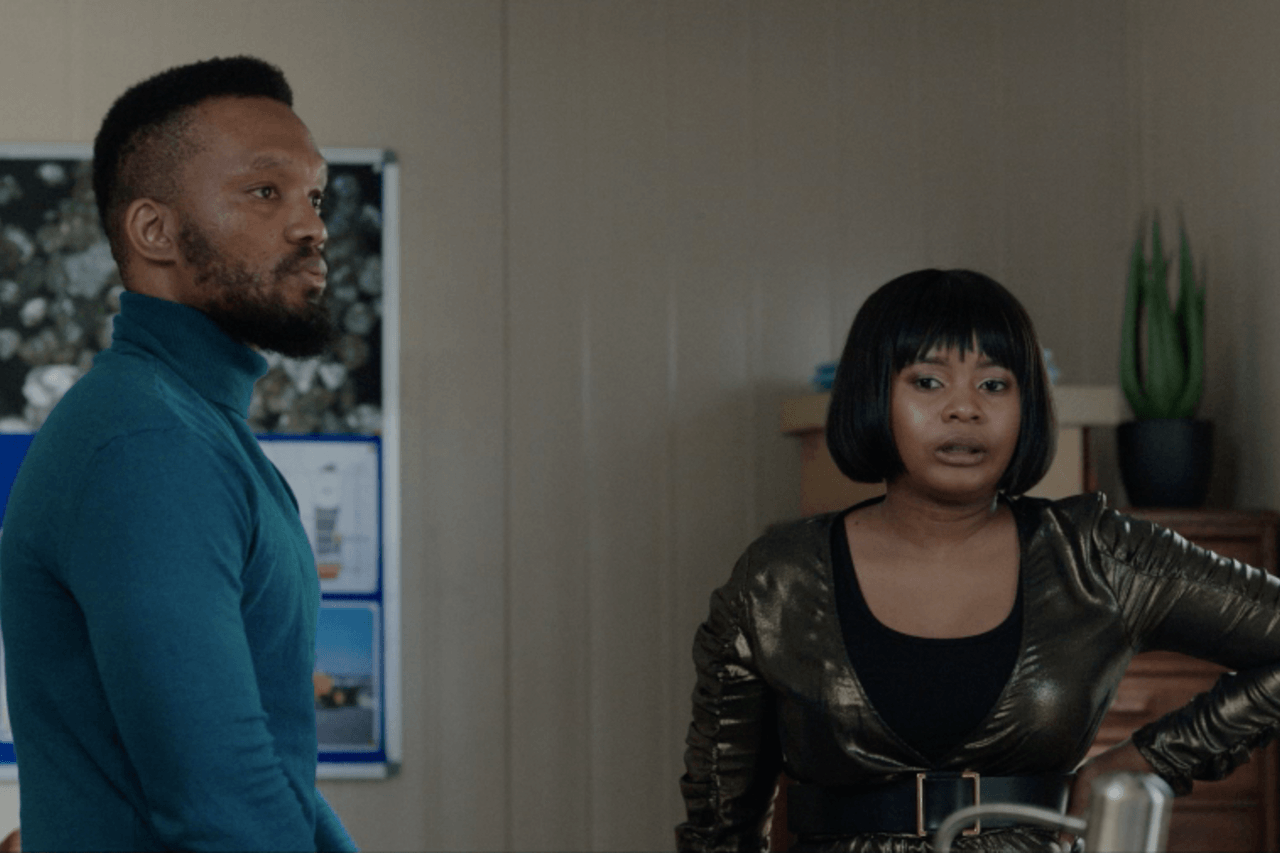 Now that their secret is out in the open, do you think Morapedi and Dimpho will continue dating? How will Thuso react when he finds out Morapedi is Dimpho’s boyfriend?

Zolani finally gets what he wants

Zolani has been doing everything in his power to get Emma back. This after Lindiwe humiliated both Zolani and Emma during their engagement party when she took to the mic and exposed Emma’s past for all of their guests to see.

Thinking she’d successfully torn Zolani and Emma apart and won Zolani back, Lindiwe had no idea that Emma was, in fact, working harder to cause a rift between Lindiwe and her fave. We reckon Lindiwe had a mini heart attack when Emma rocked up at the Dikana mansion and asked Zolani to ask in front of everyone to ask for her hand in marriage again.

Do you think we’re yet to witness another wedding at the Dikanas? How far will Lindiwe go to break Emma and Zolani apart?

Watch the highlight below:

The River returns with new episodes on Monday, 25 May. In the meantime, visit DStv Catch Up to make sure you’re up to date with the latest developments.

Video
Mabutho my boy, you’re welcome here - The River
He’s been gone for a long time after betraying and stealing from Lindiwe but now Mabutho is back to explain how he was found alive. He comes back with shocking news of being Bukhosi’s son but not everyone is happy about these news.
Video
An epic season 6!
A fire season is what we're about to experience, but it won't be all that without the tears, betrayals and dangerous alliances. Get ready for S6 of the SAFTA award-winning, The River from 06 Feb on #1Magic.
Video
Zolani Proposes to Emma – The River
Stopping at nothing to win Emma's heart again, Zolani proposes to Emma again. Emma asks him to propose in front of the whole family. Tumi is surprised when she accidentally finds Dimpho and Morapedi kissing in the office.
News
The River Season 3 June Teasers
What to expect on The River Season 3 in June.