News
28 May 2020
The two interventions staged for Dimpho are an epic fail.
Subscribe to Watch

Dimpho’s actions lately have given life to the saying, love knows no boundaries. Since falling for Morapedi, Dimpho has not only thrown her parents’ teachings out the door, but she’s lost any and all ability to think rationally. Things have gotten so bad at the Mokoenas that our girl has even gone as far as taking out a protection order against Kedibone and Thuso. Imagine!

Any parent with a teenager or young adult will tell you that they know beyond a shadow of a doubt when their child is romantically involved. This sixth sense has been no different for Rakgadi who from the very beginning, suspected that the youngest of the Mokoenas had a new man in her life. Dimpho’s behaviour completely changed when she met and fell in love with Morapedi.

Initially, Thuso was all for his sister experiencing some love, but he’s feelings towards the situation quickly changed when Dimpho didn’t return home one night. Then all hell broke loose after Tumi told the family that Dimpho was dating Morapedi after spotting them making out in the office. Rakgadi was shocked, Thuso was ready to skin a man alive and Tumi was convinced Morapedi was taking advantage of Dimpho – which to be honest, he is.

Basically, the Mokoenas have been fighting for Dimpho to end her relationship with Morapedi – a man who is twice her age. 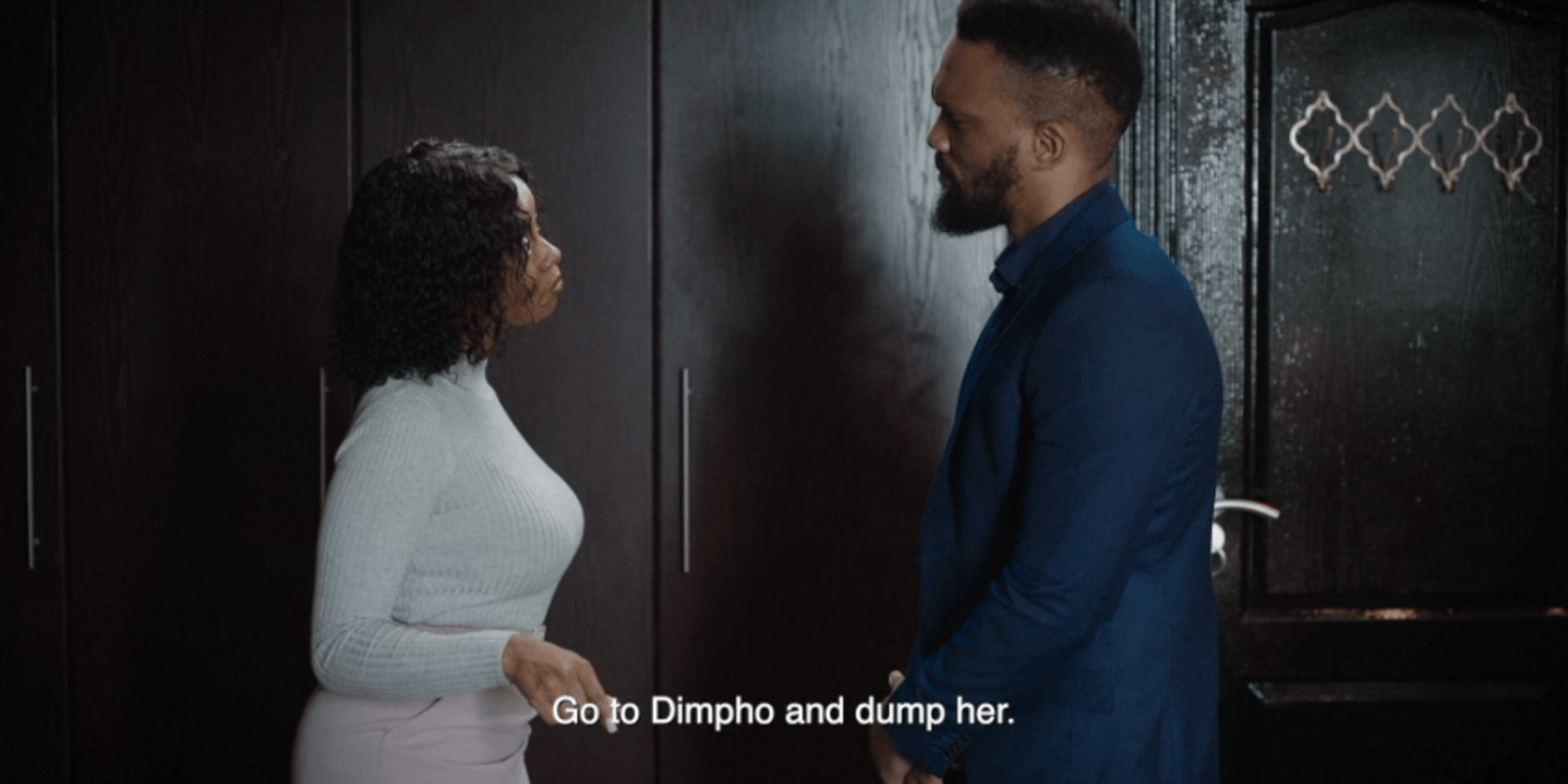 Of course, Dimpho is in love and cannot see beyond herself. Instead of listening to her elders, she thinks that everyone who’s trying to help her is jealous because she’s found herself a rich man.

She’s back-chatting, biting off everyone’s head and telling anyone and everyone who attempts to advise her where to get off. But the icing on the cake is definitely the protection order she’s taken out against her aunt and brother. Rakgadi and Thuso have been forced to find shelter elsewhere after Dimpho insisted that she doesn’t feel safe around them.

Spending the night at Flora’s home, Rakgadi asked her trusted friend to help her with the situation at home. Thuso also reached out to Paulinski to have a word with Dimpho. But both interventions failed as Dimpho walked out the one and had her brother arrested after he violated the protection order brought up against him.

What do you think the Mokoenas should do? Should they leave Dimpho to learn from her own mistakes or save her before it’s too late?

Video
Chaos rocks the Mokoena and Dikana households! - The River
It has all gone downhill for Nomonde and it was only a matter of time. After faking it for as long as she could, Zweli busted her and found her tummy and after watching her act distraught he aired everything to the family and everyone lost it. On the other hand, Thuso's matters are pressing and happening all the once when both Paulina and Angelina go into labour at the same time.
News
Mokoena troubles increase and Lindiwe's past finds its way back this September
Families will be risking it all this September on The River.
Gallery
It's Love At First Sight For Dimpho – The River
Dimpho hasn't been her self since The River's latest heart-throb walked into her life. Morapedi (played by Yonda Thomas) started his new job at Khanyisa Diamonds and met the youngest of the Mokoenas. Catch new episodes of The River Season 3 on 1 Magic, DStv Channel 103.
Video
Dimpho Falls For Morapedi – The River
Dimpho gets a new job at Khanyisa Diamonds and meets the new mining manager, Morapedi. She immediately falls for Mme'Flora's nephew.