News
09 July 2020
Nomonde’s return from “Vietnam” has been nothing short of dramatic.
Subscribe to Watch

What to do you when you owe someone copious amounts of money which you don't have? Well, if you’re Nomonde you kidnap and hold yourself ransom. After months of disappearing without a trace, The River's Nomonde turned up at her parents’ home unannounced before we found out that the real reason she came back is that she owed an old acquaintance, Mantwa, R3 million.

It soon became obvious that Mantwa wasn't going anywhere until she received what was owed to her. She stalked and harassed Nomonde with every opportunity that she got. But the last straw was when Nomonde found Mantwa happily chatting away with Lindiwe at the Dikana’s home. Mantwa revealed pictures of her escapades with Nomonde was ready to spill the tea about where Nomonde really was all those months. Sis had to spin Mantwa’s story real quick to save herself from the lies she’d already told her family. 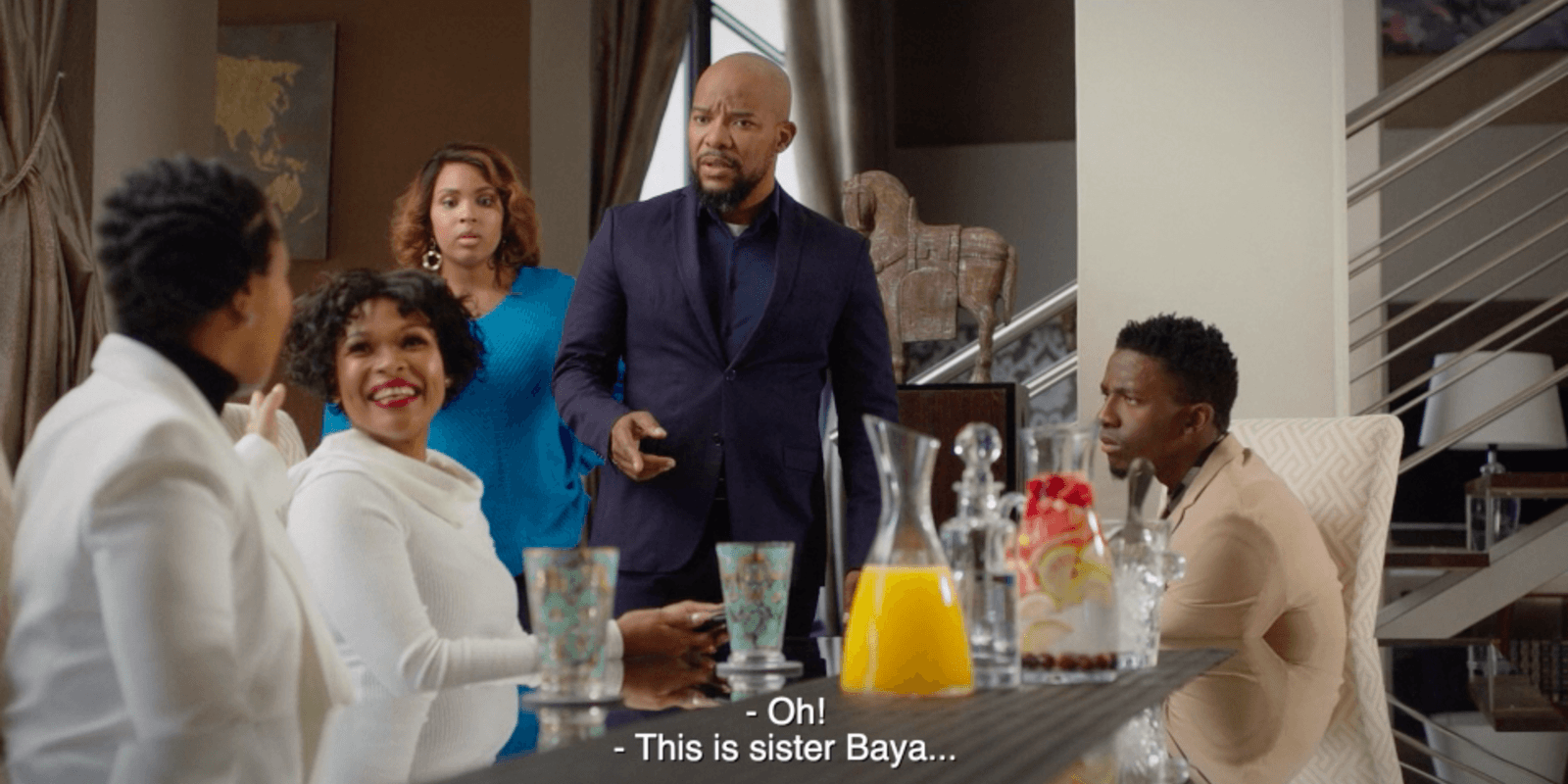 “What happened was that when I was doing my charity work, I won Volunteer of the Month three times in a row. That’s when I was flown to Qatar to present to them because we were doing great volunteer work where I was.

“And that’s where I met this lovely soul.”

Nomonde spun her way out of a tricky situation, leaving everyone except Lindiwe and Zolani convinced of the great work she’d done as a volunteer.

Nomonde Stages Her Own Kidnapping

So, when the Flora told the Dikanas of the great tragedy that had fallen upon them, Zweli went straight into panic mode. Lindiwe obviously didn’t buy Nomonde's kidnapping story and even went as far as predicting that in a couple of days, the family would receive a call demanding ransom money for Nomonde’s return.

And it wasn’t long before the Dikanas got the call from Vero asking them for R6 million. Unsurprisingly, Lindiwe wouldn’t budge. The ransom money situation got so intense between Lindiwe and Zweli that the two weren’t seeing eye-to-eye at all. This all the while Nomonde and Vero were living their best lives at The Oracle as they practised their next moves. The two had so much fun that many believed there was no way they were going to successfully execute their plan.

Give it a week Nomonde and Vero will get caught....Nomonde is already busy on her phone and wants 2 go to Sandton City #TheRiver1Magic

But uVero has years of experience in this game, and kidnapping Nomonde meant tugging at Zweli's heartstrings. Zweli did exactly as he was told and handed over the R6 million to Vero. Nomonde also followed through with her plan and gave Mantwa the R3 million that she owed her. But little did Nomonde know that Mantwa was going to turn against her and demand more money! 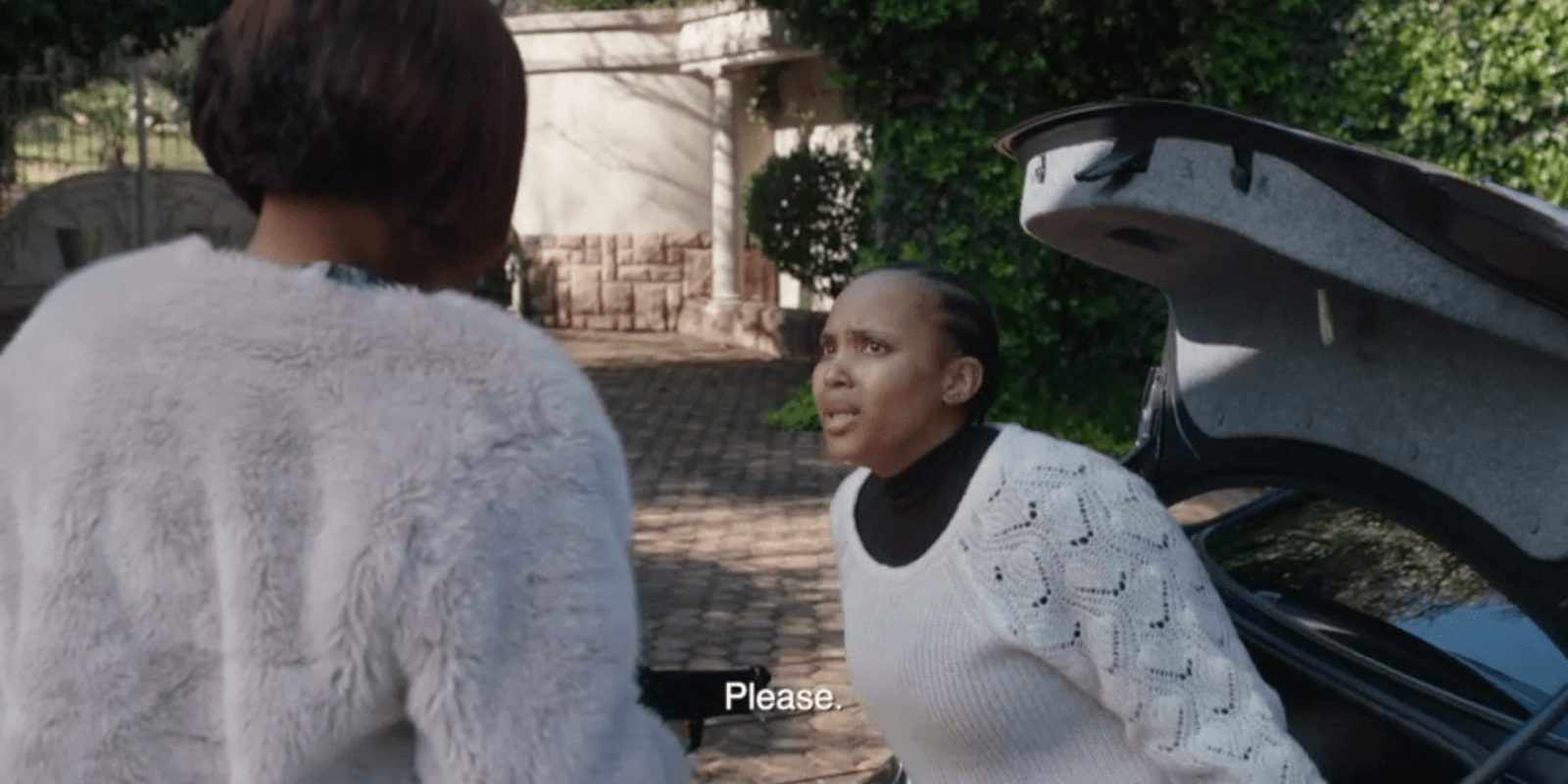 Now, what was a joke has turned into a serious kidnapping, and the worst part is that the Dikanas have seen that Nomonde and Vero took them all for a ride. Will they believe her when she calls to say she's been kidnapped, again?

Catch The River Season 3 every weekday at 20:00 to see how this story unfolds.

Video
Backstabbers caught in the act
It's been hectic at the Hlophe and Dikana mansions. On one hand Nomafu finally catches Gugu and Bukhosi in their stolen moment after suspecting that something might be up but makes sure she isn't heard and on the other, Vero blackmails Lindiwe with something Zweli said in order to keep her scam going even without Nomonde.
Video
Nomonde gets busted!
While Bukhosi and sons fight with Ntuthuko which leads to him getting shot after trying to kill everyone when they are waiting to get the diamond, someone else gets busted at the Dikana household. Nomonde comes back home and as everyone caters to her, Zweli finds the fake bump and shook is an understatement.
News
Zweli Banishing Nomonde Gets a Standing Ovation – The River
Hlomla Dandala delivered a stellar performance, says Twitter about the latest episode of The River.
Video
Mantwa Shoots Nomonde – The River
Nomonde gets an opportunity to escape from Mantwa and takes it. She calls all her family members to help her, but Zweli and Lindiwe turn a blind eye. Eventually, Mantwa catches up to Nomonde and shoots her.