3 Times Lindiwe Has Suffered in Refilwe

News
11 June 2019
Lindiwe has endured the most since moving to Refilwe.
Subscribe to Watch

When Zweli kicked her and Zolani out, Lindiwe was left with no choice but to return to the one place she’s despised all of her life – and the transition has been anything but smooth.

As word of Lindiwe’s presence in Refilwe grew, so the scars she inflicted on many of the community’s residents reopened. But as the saying goes, every dog has its day, and Lindiwe has had her fair share of misfortunes since moving into the township:

If there’s one thing Lindiwe has mastered, it’s the art of hustling. So even at her lowest point yet, that spirit of pushing through the bad times still exists in her – probably more now than ever before. But the people she’d throw any amount of money at, have turned a blind eye. A case in point is Minister Joyful who refused to fund Lindiwe’s R2 million business indaba.

Failing to get money from Joyful, Lindiwe moved onto plan B which involved Refilwe’s notorious badass loan shark, Sis’Matilda. Disguised as a handicapped and poor lady, Lindiwe introduced herself to Matilda as Roseline Khumalo and started selling her sob story.

But just as Matilda was falling for Lindiwe’s lies, she failed to stick to all the details of her story and ended up only leaving with R500 instead of the R5 000 she was gunning for.

But their encounter didn’t end there; Matilda bumped into Lindiwe just as Lindiwe had managed to hustle a few hundred rands from Joyful, and humiliated her for all of Refilwe to see.

Veronica is probably the one person who’s been waiting her entire life for Lindiwe to fall from grace. So, it was only a matter of time before we found her knocking on Lindiwe’s front door, armed with all the shade. 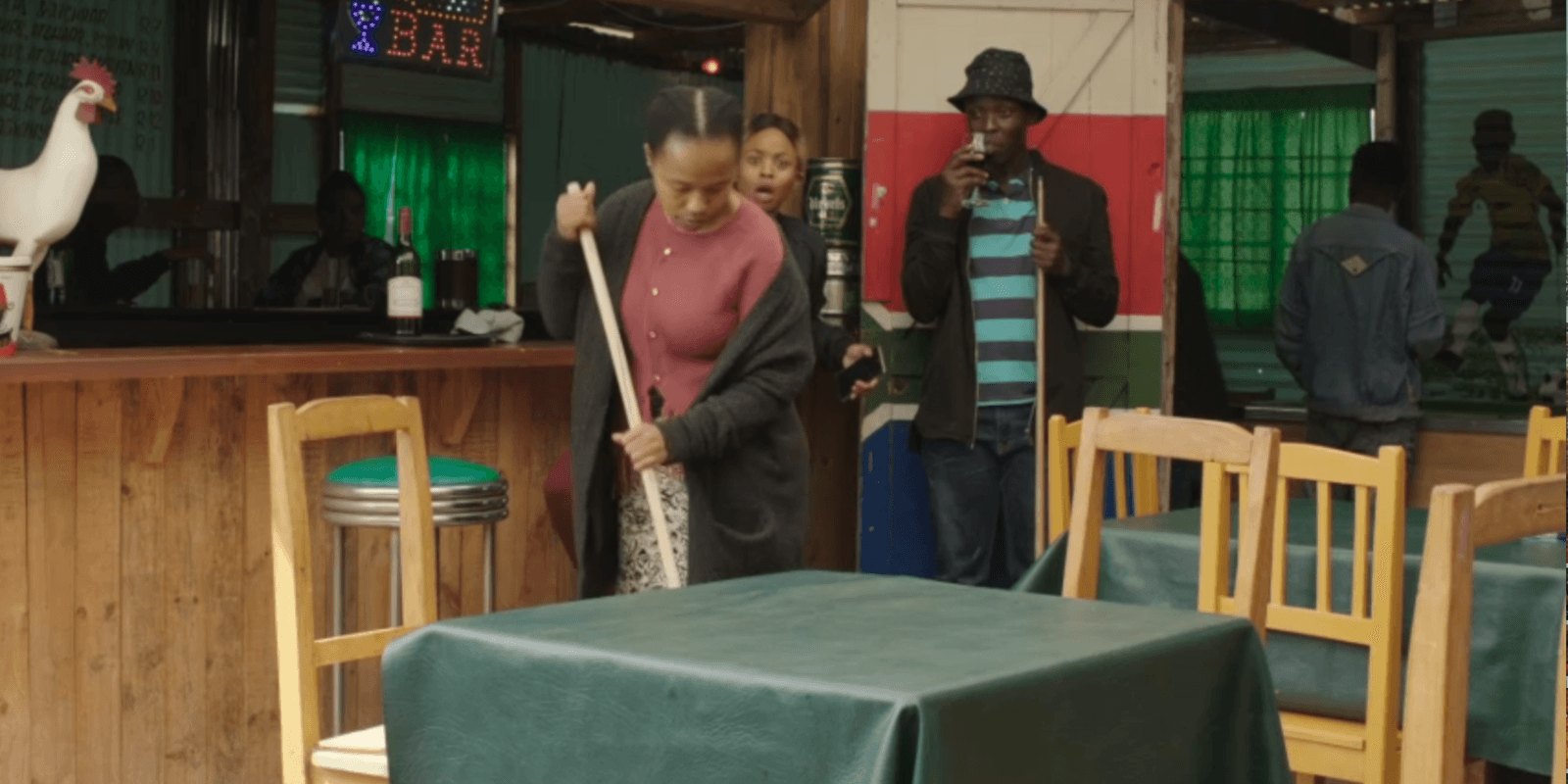 But she wasn’t going to indulge herself alone. Inviting Zolani and Lindiwe out for lunch, she made sure to announce Lindiwe’s arrival at the tavern for all to see. Before we knew it, Lindiwe was mopping Paulina’s tavern because Vero had left her with an unpaid bill.

Video
Vero tells on herself!
Vero has been on a lucky streak since Zweli busted Nomonde and her fake pregnancy and stood to the fact that she was never involved in the scam when Lindiwe and Zolani asked her but now that Nomonde has been discharged, she tells on herself without realising it and the worst person hears it.
Video
We want our money! – The River
Flora together with the community of Refilwe have yet again take matters into their own hands after busting Irene and Tshabalala not coming to the party to help and went to her house after getting bail to demand their money. Things quickly turned sour when people started taking her belongings but ended up hurting her with a brick that could get everyone in trouble.
Video
Lindiwe Kicks Vero Out – The River – The River
Zolani drags Vero to Lindiwe to tell her about Nomonde's kidnapping. Lindiwe loses her cool and throws her out.
Video
Vero Steals The Lobola Money – The River
Vero turns the Mokoena's home upside down in search of the lobola money, and finds Kedibone and Flora run into the house.
Lindiwe Refilwe

Does Lindiwe deserve everything she's going through?