Dambisa’s Lies Catch Up to Her

News
29 November 2019
It was only a matter of time before Lindiwe exposed Dambisa for who she really is.
Subscribe to Watch

When Lindiwe says she’s working on a plan to bring you down, you’d better pack your bags and make your way out. More especially when you spit in her face. But Dambisa, who was getting too big for her boots had to learn this the hard way.

Double D, as Dambisa is affectionately known, surprised the Dikanas with her huge nappy-making business idea. She soon revealed that there was no business to start off with and that her plan was to scam the Dikanas of R200 000 to pay back the family’s stokvel money that she’d misused.

Of course, Lindiwe saw right through her the minute she walked through the door, but for the naïve Dikanas like Zweli and Andile his son, Dambisa’s emotional manipulation worked like a charm; to an extent that Andile took out a loan of R300 000 to invest in Dambisa’s nappy making business.

The minute Lindiwe heard of this, she not only lost her mind, but she started planning ways to expose Dambisa’s lies. However, it wasn’t as easy as Lindiwe hoped it would be as Ms Dikana was always a step ahead of Lindiwe.

Lindiwe soon realized that she’d need to take drastic measures if she wanted to expose Dambisa for misusing the Dikana’s stokvel money.

Playing along with Dambisa and Makhulu’s big plan of throwing the wildest stokvel party, Lindiwe flew in Qaqamba – Dambisa’s cousin and partner in crime. Threatened with the possibility of going behind bars, Qaqamba told Lindiwe and Zolani the whole truth!

Dressed to impress and ready to hand her relatives their dividends for the year, Dambisa was cut very short when Qaqamba told the whole Dikana clan of how Dambisa had withdrawn the funds and bought herself a brand-new car!

Imagine the horror on Zweli and Mama’s faces when the truth was revealed. 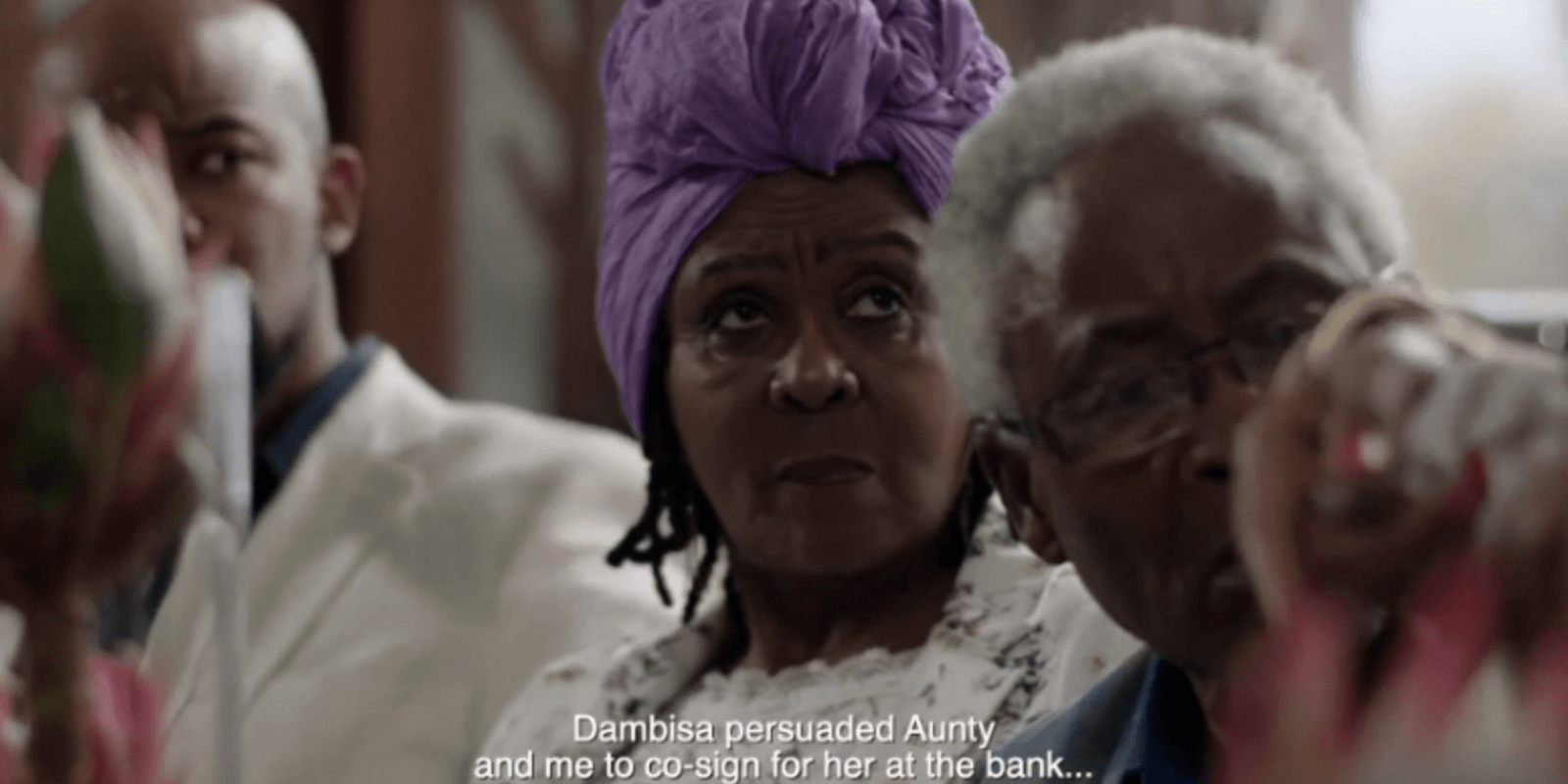 While Lindiwe just sipped her wine and watched as the drama unfolded.

Catch new episodes of The River weekdays at 20:00 on 1 Magic DStv Channel 103 and follow the conversation on Twitter using the hashtag #TheRiver1Magic.

Video
Backstabbers caught in the act
It's been hectic at the Hlophe and Dikana mansions. On one hand Nomafu finally catches Gugu and Bukhosi in their stolen moment after suspecting that something might be up but makes sure she isn't heard and on the other, Vero blackmails Lindiwe with something Zweli said in order to keep her scam going even without Nomonde.
Video
You'll act like a man and get her out! – The River
After her pain and anger got too overwhelming, Paulina threw the baby that happens to be hers into the swimming pool causing her to get arrested and no one could stop it from happening. Zodwa is being a mother this time and trying to get Thuso to get her out but he has completely turned on her and won't hear anything.
Video
Dambisa is Exposed – The River
Lindiwe swears that she's found the perfect plan to expose Dambisa lies. During the Dikana stokvel gathering, Qaqamba tells the family how Dambisa squandered the family stokvel savings.
Video
Dambisa's Nappy Factory Scam – The River
Dambisa unexpectedly visits the Dikanas selling them big plans of her new business. Demanding a cash injection of R200K, Zweli gives her the money then retracts it leaving Dambisa devastated.