Cobra and Morena’s Troubled Relationship Ends in Blood – The River

Who knew that things between Cobra and Morena would get so out of hand? Yes, Morena was as hot-headed as his father, but their relationship seemed to be heading in the right direction. Well, that was up until Cobra felt like he’d failed Morena and took out his frustrations on his son.

Cobra struggles to provide for Morena

After yet another fight between Morena (played by Thabiso Ramotshela) and Cobra, it seemed that father and son had put Mme Flora and Morena’s drama behind them and were ready to give their relationship another go. Cobra put his daddy shoes on and made sure that Morena stayed off the streets and went to school. Morena also followed through with his school responsibilities and even obeyed his father’s house rules. It was a beautiful sight to see as father and son were on the same wavelength.

But things soon took a left turn after Morena asked R1 500 for a school trip. Cobra went from supporting his son to taking out his frustrations on Morena when it became evident that he couldn’t give his son the money he needed. 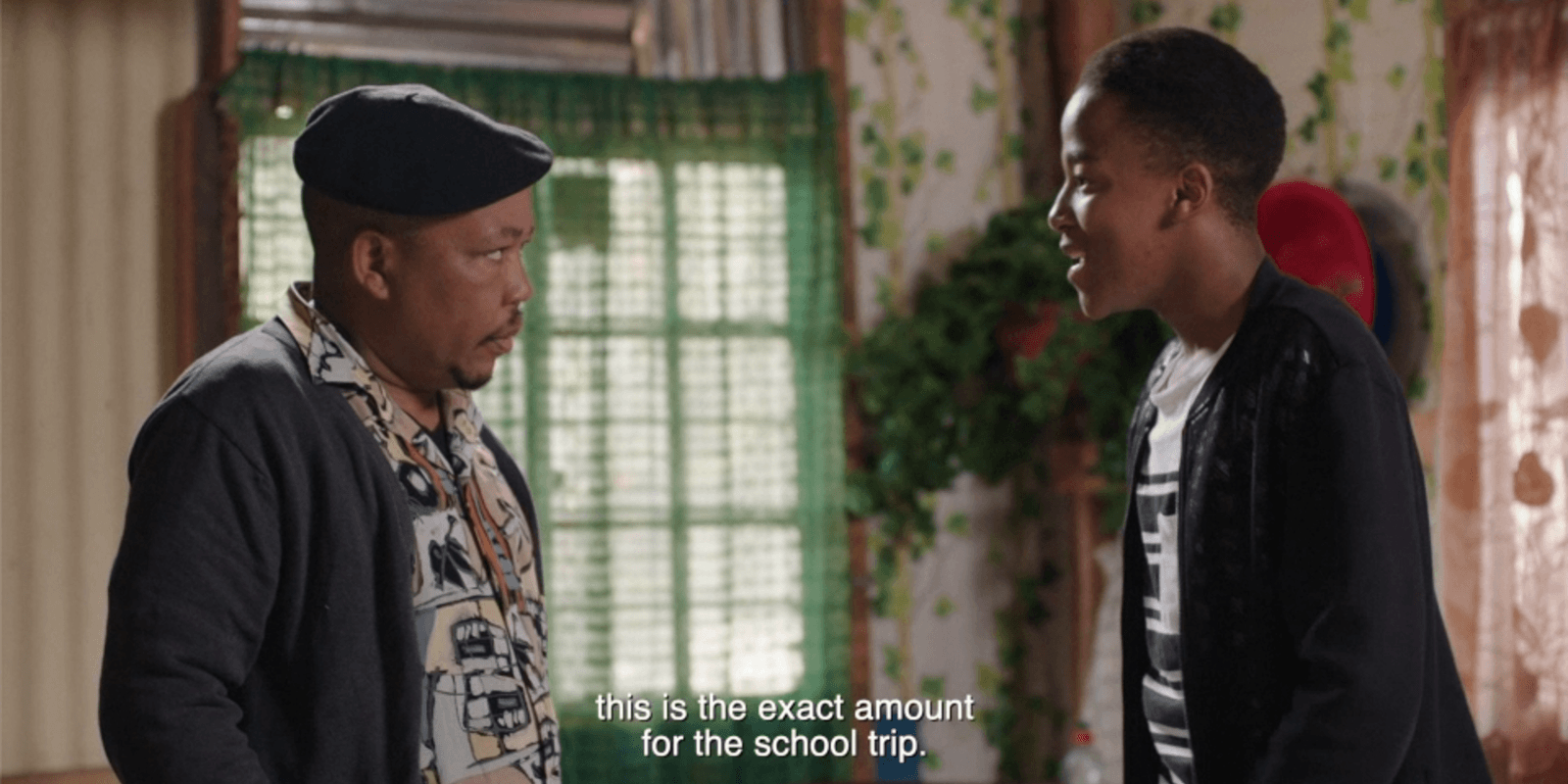 Rakgadi, who always wants the best for her family, wasn't going to sit back and watch Morena miss such an important opportunity. She hustled the R1 500 and gave it to Cobra to give to his son. Cobra, however, wasn't having any of it. He took offence at Rakgadi's gesture.

Not even when Rakgadi told Morena that Thuso gave her the money to give to him, did Thuso accept Rakgadi’s help. For someone who had been pushing Morena to chase his dreams, Thuso was really disappointing. He ordered Morena to give Rakgadi the money immediately.

Morena felt like his father didn't care for him and went back to his old ways. However, he made the silly mistake of stealing from the wrong person - Dimples.  It took very little for Dimpho to figure out who had most likely stolen her laptop. Needless to say though, we all saw that coming. Baby girl has been saying that she doesn’t trust Morena one bit.

On the other hand, Morena swore on his gran’s grave that he did not take Dimpho’s laptop. Cobra was siding with his son and warned Dimpho against pointing fingers at Morena. While all of this was happening, Pharoah was heading to the tavern 🙆  to sell the laptop for peanuts.

Little did he know that his buyers were in on the stolen laptop. Not long, there was a caucus in the streets of Refilwe after Pharoah outed his friend. Morena had no foot to stand on as Cobra accused Morena of embarrassing without hearing him out. He beat him up for everyone to see…

We’ll have to wait until Monday to see whether Morena will make it out alive. But for now, visit our Twitter page to share your thoughts on Cobra and Morena's relationship.

Video
Morena is down bad and not getting better - The River
Morena acting like the man and being irresponsible enough to not use protection when he cheated on Dineo has led him to place that he never imagined he would be at. Now that he has an STD, Pharaoh hasn't been able to help him with anything so when Khabzela's suggestion to go to the clinic fails, he also gives him some medicine from the streets hoping it would help.
News
Mokoena troubles increase and Lindiwe's past finds its way back this September
Families will be risking it all this September on The River.
Video
Cobra Beats Up Morena – The River
Just when the Mokoenas seem to be getting along, Cobra finds out that Morena lied about not stealing Dimpho's laptop. In act act of anger, Cobra beats up Morena.
Video
Morena's Speaking Competition – The River
Morena changes his mind about getting Thuso's help when his father gets overly excited and wants to take over the competition preparations.