The Real Housewives Of Potomac

The highly anticipated 5th season of the Real Housewives of Potomac might just the reality show's best one yet.

The show, which recently concluded an explosive reunion special on 1Magic, DStv channel 103, is said to be filled with more drama, explosive fall-outs and one rift that escalates beyond the cameras. And now Karen Huger has fans worried that she might have signalled to her departure from the show!

In new reports, insiders are revealing that the looming season now has a new feud. Karen and Candiace might have been thick as thieves since Candiace joined the show on season two of the show, but it looks like their friendship might have reached a dead end. Karen took to Twitter to vent some of her frustrations with the said drama, and fans are worried that she might just walk away from it all! 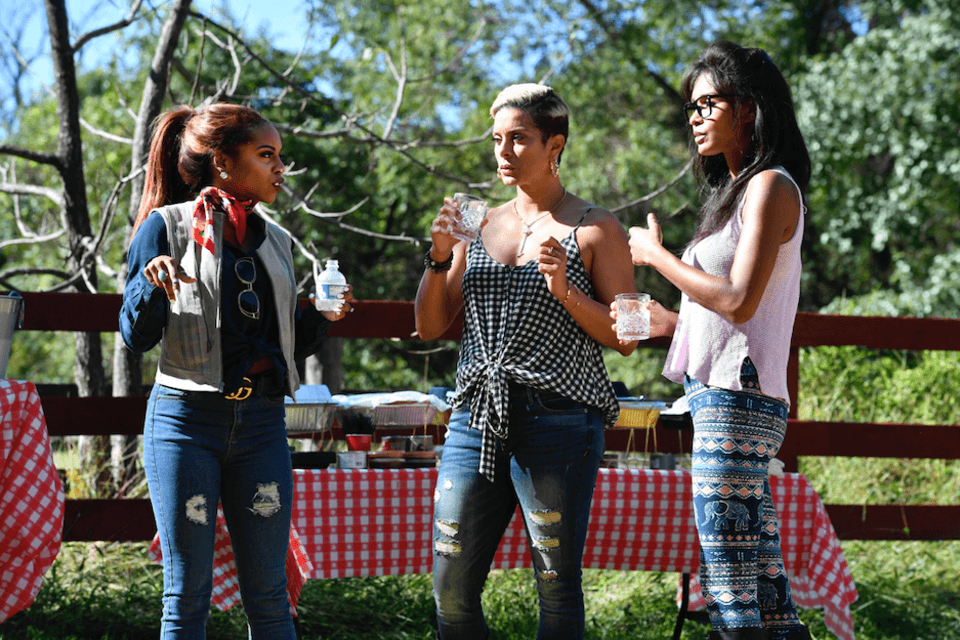 Their strife, it's being alleged, started because of the ongoing fued between cast members Monique and Candiace. It's now all over the news that the two, who kissed and made up during the season 4 reunion special, are said to gone right back into the dark place their relationship has been it. This time though, reports of a physical scuffle that apparently ended in court shocked even the most drama loving viewers of the show. It's quite clear there's no love lost between Monique and Candiace.

Candiace and Karen... that's a different story. They've been supportive of each other and have given us all the BFF vibes we've needed in between the screamfests on the show. But, according to those in the know, Candiace's ways have gotten to Karen.

Candiace wants Monique out of the show, and Karen disagrees with the way she's gone about it. This has led to a big blow out between the two.

Keep an eye on the 1Magic website and social media plaforms for the latest tea on the Housewives shows, and stay updated on when the next season will air on the channel.

News
Candiace Dillard Bassett is deep within the music industry – RHOP
After her single I See You, Candiace has went on to release her debut album!
News
The lowdown on Mia Thornton – The Real Housewives of Potomac
Get to know more about the new addition to the Potomac squad!
News
Nene Claims Gregg Exchanged Texts with Employee — RHOA
The Leakes face more marital blues.
News
Kenya Moore and Husband Working On Marriage – RHOA
The Daly's adorable tot has given them something to twirl on.