News
18 November 2019
"It was a complete oversight!"
Subscribe to Watch

Tarina's lush tea party came with a guest line that sparked heat amongst the Johannesburg housewives, and that 'oversight' has potentially triggered a new wave of tensions. When Brinnette, Christall and Lethabo (with her dramatic, fabulous hat!) showed up to Tarina's tea party, they were taken back by Mpumi and Lebo's absence.

When Tarina was asked why these ladies weren't there, she confirmed that they had been invited. "I'm sure they have other things", she said, assuring the girls that there are no weird vibes to worry about. 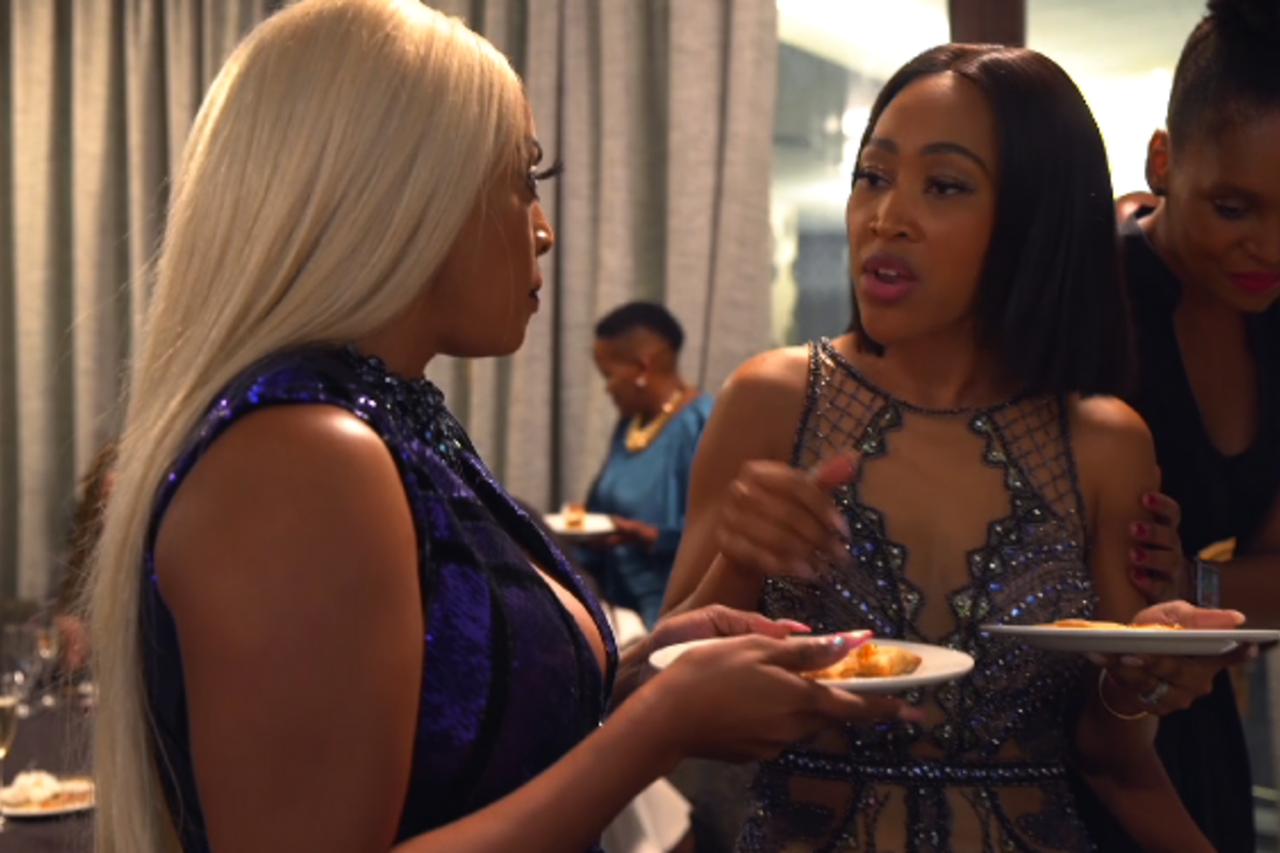 Lethabo and Mpumi having the chat

But her claims would soon blow up in her face when later, Mpumi confronted her at a dinner, where all the ladies were present. It happened just minutes after Lethabo asked Mpumi why she hadn't bothered showing up to Tarina's cuppa. "I was surprised why you weren't there", Lethabo shared while helping herself to some hors d'oeuvres. "And I was told "no, other ladies had other things to do."

At this point, Mpumi's theory that Tarina doesn't like her and Lebo gained momentum. "I respect the fact that you don't want us there..."

"At the same time I don't care, because I'm not going to be the type that goes, 'why didn't you invite me?"

The situation devolved into a confrontational mess when Tarina, a second after learning what 'uyahlanya' (you are crazy) means, decided to joke with Mpumi that she's crazy. 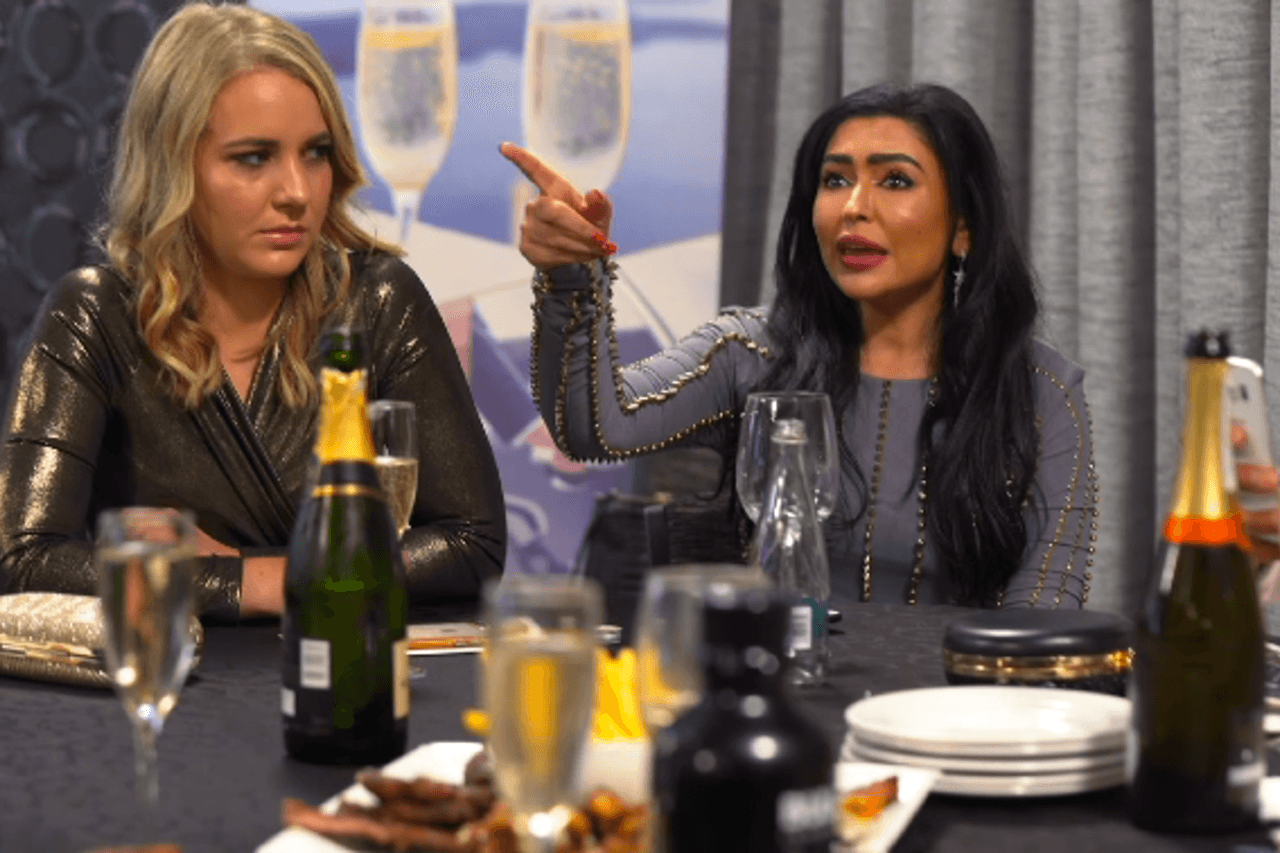 Tarina initially insisted everyone had been invited

"That means what, I wasn't invited to the party", Mpumi charged. "Is that what it means?"

After a back and forth about whether or not the invited got lost in the post, Tarina finally cleared the air about how the invites were sent. "I didn't do any of the planning. These two girls who hosted today... it wasn't me. And I said I am bring six girls", she explained.

Clearly furious, Mpumi continued yelling a few more obscenities to a cornered Tarina. And to make up for "not coordinating her event well", according to Lebo, Tarina invited everyone to her upcoming event in India.

And while Mpumi had insisted that she doesn't care much over not being invited earlier, she ended up in tears.

Are we seeing a fued developing between Mpumi and Lebo? Catch the Real Housewives of Johannesburg Fridays at 19:00, exclusive to 1Magic, DStv channel 103.

Video
Mandlakhe wants Mantoa – Lingashoni
After Mantoa sees Mandlakhe, she is not herself. Gagashe calls Nkanyamba for help regarding Mantoa's situation. He says that for Mantoa to be ok, Mantoa must spend the night with Mandlakhe as thanks for sparing her life. Nkanyamba warns Gagashe that Madlakhe is livid, so he must appease him, and his apologies are no longer accepted; rather, action is required. Gagashe sends Mantoa away and brings another woman for Mandlakhe in Mantoa's place.
Video
Grown Woman Promo
Join Tina, fondly known as Mrs H, on a journey of self-discovery. Watch her navigate family, grief, love and, of course, get her groove back. The journey is long but not boring as it's filled with everything saucy and oh-so-nice. Watch it every Friday at 21:30 only on 1Magic.
Video
Hollywood Divas Season 1 on 1 Magic
Stardom comes at a price for Hollywood Divas Golden Brookes, Countess Vaughn, Paula Jai Parke, Elise Neal and Lisa Wu who must face the harsh reality of Tinseltown whilst attempting to rebuild their careers
News
Housewives and best friends too
These are some of our favourite besties from the housewives franchise.