Friday's episode of the Real Housewives of Johannesburg ended in one hell of a verbal spat between Evodia and Brinnette.

It all started when Brinnette suddenly revealed that a girlfriend, Olwethu, was joining Evodia's tea party. And not only that, Olwethu showed up with a baby, and the biggest sanitiser the ladies have ever seen, and demanded everyone to sanitise. "No, no, my darling", objected the hostess, Evodia, "unfortunately you can't come here and start calling the shots."

Evodia felt disrespected by Brinnette's action, saying she should have at least notified her in advance if someone else would be joining, especially if the plus one is bringing a baby. 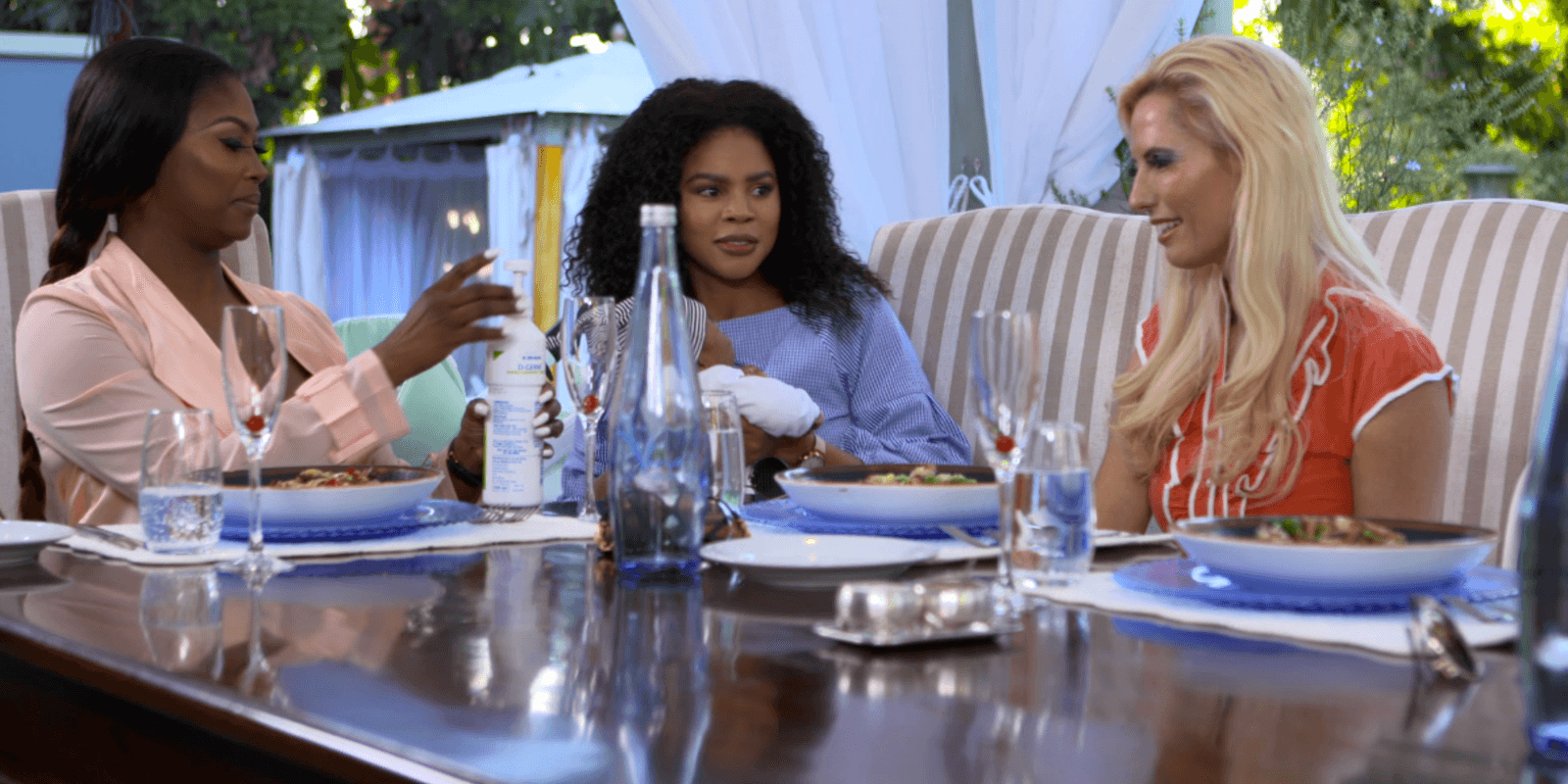 Not one to keep leave her opinion unknown, Christall joined the fray and told Brinnette that "we still love you though", she really should have asked for permission to bring someone to the lush tea party, where Madame had been treating the girls to some time away from their hectic lives.

"Since when do I ask Madam (Evodia) for permission", asked Brinnette during a diary session. She felt that Madam was being hypocritical in the situation since she had brought her friend Athania to the Soweto trip organised by Brinnette. It doesn't help that Evodia had done so without prior notice.

Olwethu was stunned by the war of words that ensued over her appearance and tried explaining that she had not planned crashing the tea party.

Catch the Real Housewives of Johannesburg Fridays at 19:00 on #1Magic and join the conversation on social media using #RHOJ!