5 Things We Love About Mrs. Mops!

News
09 January 2020
An icon who once said, "I'm somewhere between wealthy and elite!"
Subscribe to Watch

Who remembers that moment on the season 2 premiere of Real Housewives of Johannesburg, when Mrs. Mops introduced us to her lavish life? Within seconds, we were acquainted with her massive mansion, a wardrobe to die for, en enviable shoe collection and darling, a fabulous life everywhere you look!

It wasn't until she uttered these now iconic lines that we knew she was definately a fave! "Honey, I'm somewhere between wealthy and elite!", she revealed in between shots that showcased a bevy of luxury cars parked outside her chateau.

As the episodes trickled in, we found there's so much more to love. Here are 5 things we adore the most about the stylish Queen of clapbacks.

When it comes to this group of women, first impressions not only last, but can be dug up as reciepts to bury the unsuspecting in future confrontations. Remember when Brinnette was read for filth over an outfit the girls found underwhelming at her own party? It's a big deal here. Fortunately for Mrs. Mops, who will make sure to top the best dressed list even for an appearance at an opening of an envelope, she's yet to suffer any questionable style choices. Haute couture! 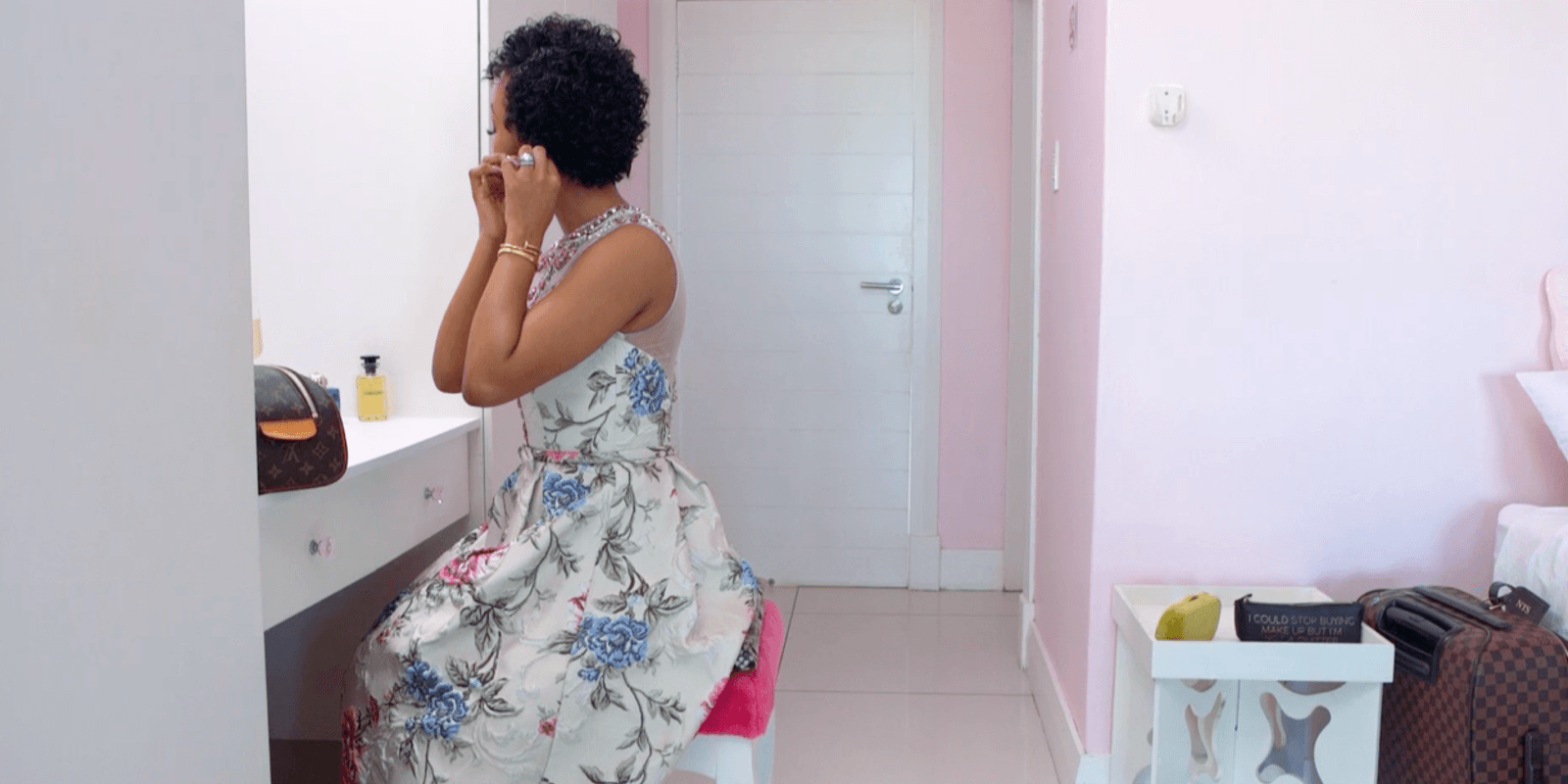 THE CLAPBACKS ARE FIRE!

When Christall credited her chemistry with Tarina to the Law of Attraction, Mpumi was quick to charge, "Or the Law of Desperation"! Since that explosive dinner, we've known she's quick with the reads and the clapbacks and, has she not delivered? 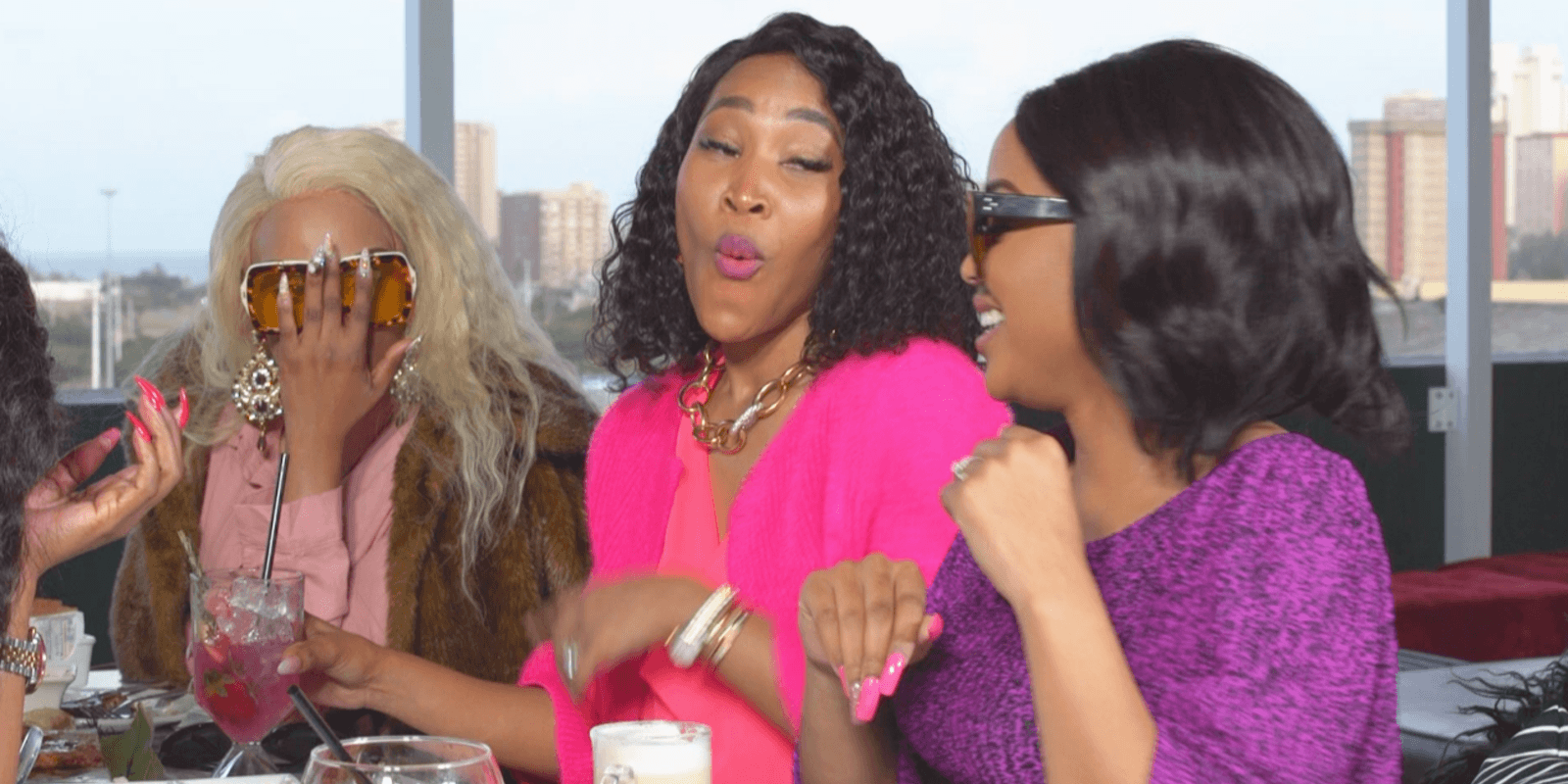 THE SHADE IS LETHAL

But while her shade has made quite the headlines, fuelling her popularity with the season 2 viewers of the 1Magic reality show, some have started wondering if the good sis sometimes goes too hard on some of the housewives! Take, for example, when she Brinnette arrived late at the Durban July girls outing. Complaining that she didn't have her own room, Mrs. Mops was quick to let her know that she'd been reserved to stay with the help.

Her diary are such fun because of the animated retelling skills viewers have now to come to look forward to every week!

Catch the Real Housewives of Johannesburg, Fridays at 19:00, exclusive to 1Magic, DStv channel 103.

News
What we loved about Unmarried
Our glamourous trio had our hearts doing gymnastics throughout the season as we could not figure out whether they were coming or going, but everything came full circle, and we are better for it.
Gallery
Shades of pink at the Real Housewives of Potomac reunion
The ladies didn't just come through with the shade, they also came looking stunning in shades of pink for their reunion episodes where they were surprised with Nicki Minaj stepping into Andy's shoes and grilling the ladies about their most entertaining season.
News
Christall Investigates Lethabo's Relationship!
Christall is playing quite the investigative role this season, huh!
Video
The Ladies Serve Some 60’s Icon Realness – RHOJ
The Housewives take each other through the 1960s icons that inspired their glamorous retro themed looks.