News
06 May 2020
The fierce ladies of Atlanta return with the show's most explosive season yet!
Subscribe to Watch

Kenya Moore makes a triumphant return to the Real Housewives of Atlanta season 12.

After a year on a hiatus after being reportedly fired for secretly getting married to Marc Daly while the reality show was also filming, Miss Twirl has snatched her peach back and returns as a full time housewive of the most popular show of the franchise! The latest season debuts on 1Magic, DStv channel 103, tonight at 18:00, and will be airing Mondays to Thursdays at 18:00 on your home of the Housewives channel! 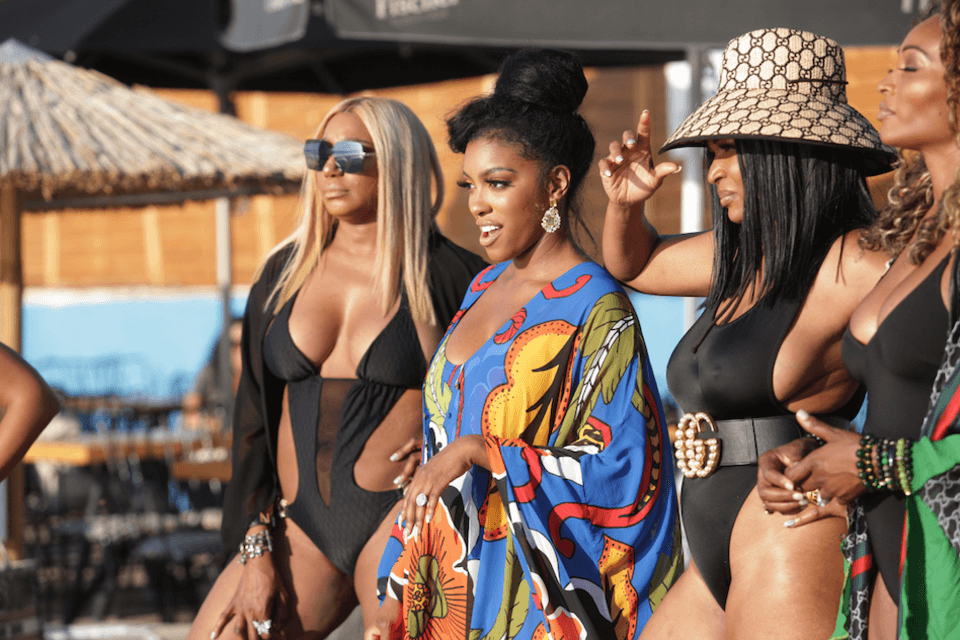 And what should you expect?

In Kenya Moore's absence, Leakes reigns supreme and often goes unchecked by the girls. If season 11 taught us anything, it's that Nene's big personality can easily drown some of her cast mates. In the previous season, she feuded with Porsha Williams, and it got too far.

She fell out with her oldest friend on the show, Cynthia Bailey. Viewers also got shocking glimpses of her marital problems with Greg, who'd been battling cancer during filming. Now that Kenya is back, you know her biggest rival has returned to give her the run for her money. Moore is quick with that shade, gives back as much as she gets and some, and is not afraid to declare herself as 'The Queen'.

Viewers of the show will know that Kenya has not been lucky with men, atleast from what we've seen on the show. They've all ended disastrously, with the last one ending with a restraining order. So when it appeared she finally found her Prince Charming through Marc, got married and finally gave birth to her adorable, it seemed like she finally found her happy ending!

Prince Charming though he is not, from what we are hearing. Finally, Kenya has lifted the veil on her life and the dynamics of her relationship on the screen have been said to... interesting.

He cheated. But now that they've welcomed their first baby together, will these two be able to reconcile their difference and re-ignite the spark in their relationship? This season it all comes to the fore.

Watch the Real Housewives of Atlanta and join the conversation on Facebook, Twiitter and Instagram using #1Magic

News
New seasons to keep you warm
If it’s warmth and great content that you need, this is the place to be.
Video
The Real Housewives of Gqeberha to land on 1Magic!
Gqberha's Queens of the soft life are set to service iconic scenes, bling and sass with class on the show's premiere this coming February.
News
RHOA Season 13 Comes to 1 Magic in February
NeNe Leakes may have called it quits, but the original OGs of Atlanta and two new ladies are said to be bringing the heat this season!
News
Nene Claims Gregg Exchanged Texts with Employee — RHOA
The Leakes face more marital blues.