After nine years and eleven children, Phumeza and Speech have graduated to Mr & Mrs Caga. In the sixth episode of Marry Me Now SA, Phumeza (29) explains that it’s high time she and her bae, Sphiwo A.K.A Speech (55), settle down.

“I told myself that by the age of thirty I should be married.”

While Phumeza is adamant on becoming Mrs Caga, Speech jokingly remakes that his family’s cattle only want to graze on familiar grass. Unbeknownst to Phumeza, Speech is also preparing to send his cousin from Port Elizabeth to Phumeza’s cousin in East London to ask for her hand in marriage. 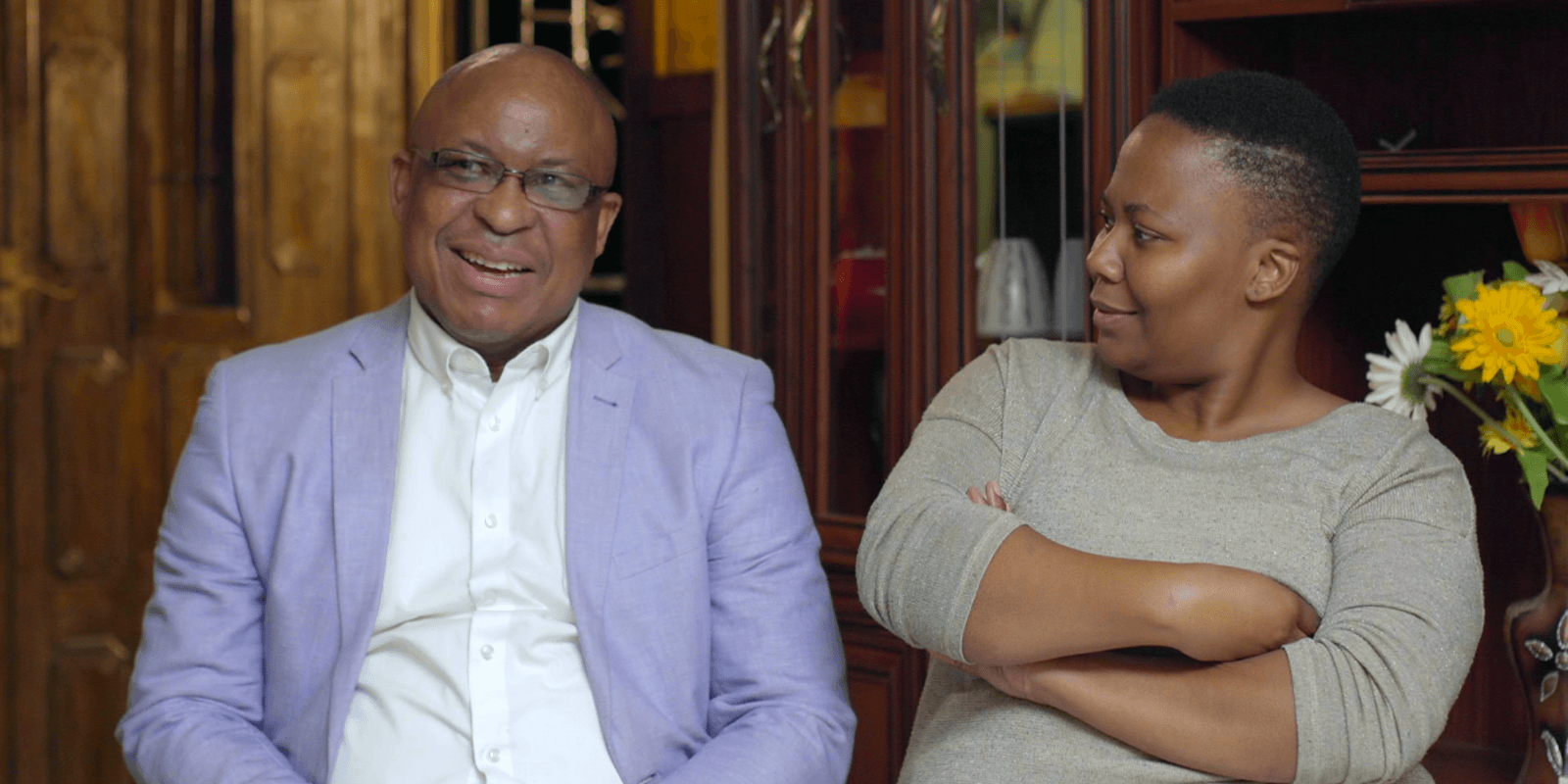 Phumeza hasn’t seen her mom in three years, and as soon as she arrives from Cape Town, she gets to the matter at hand.

Phumeza is over 25 years old and she’s old enough to make her own decisions, Phumeza’s mom reasons. In addition, she doesn’t want to be an obstacle in her daughter’s life. “I don’t want her to say at my deathbed, ‘she can die because she was an obstacle in my life,’” says Phumeza’s mom.

And with that she gives her daughter her full and undivided support. 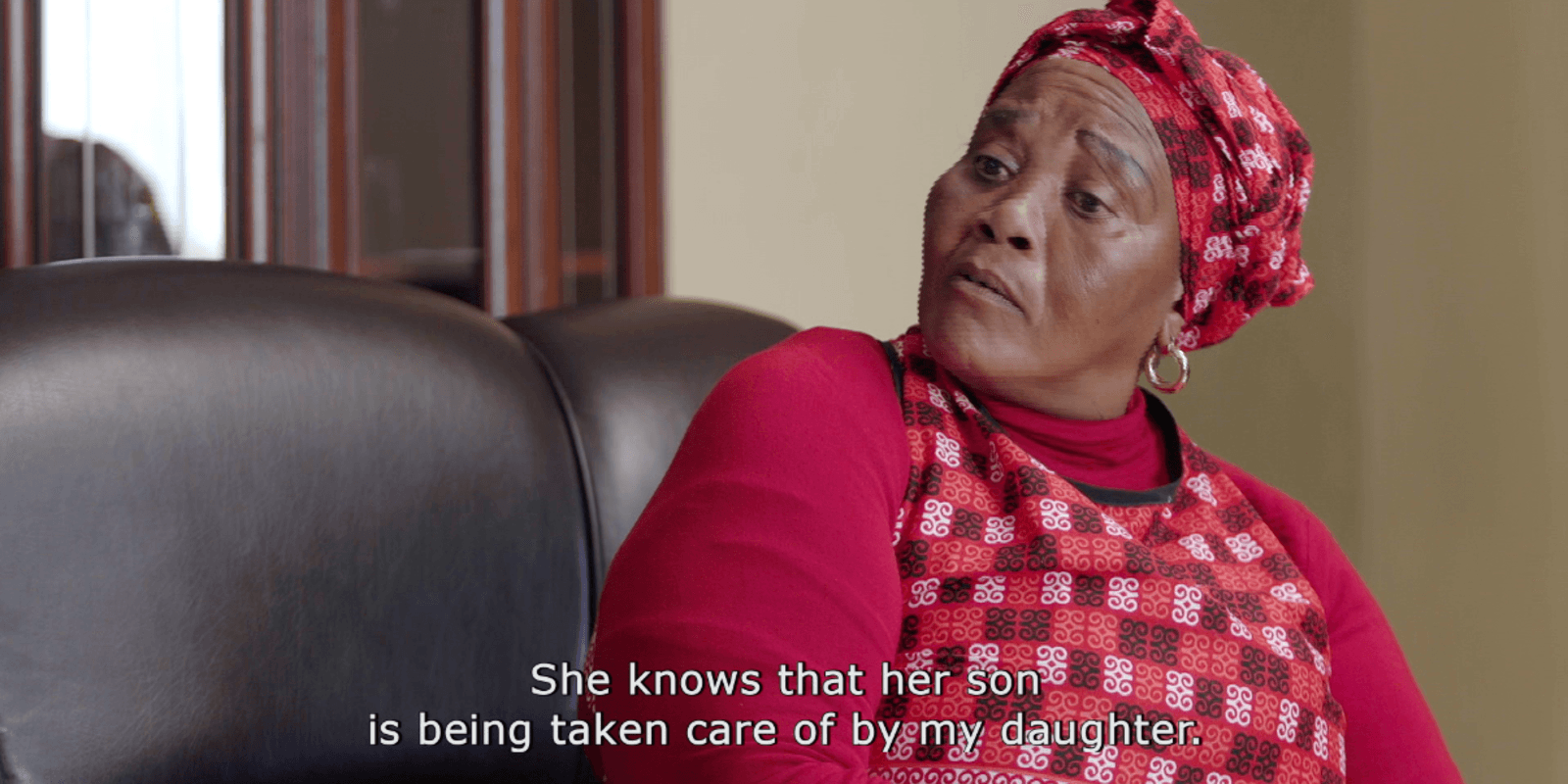 On the other side, Speech also informs his mom and aunt of his intention to marry Phumeza. Mom and aunt thank Speech for finally doing the right thing.

It’s proposal day and Phumeza cannot her nerves. “I could say speaking to his mother was the scariest only to find out that speaking to him could be worse,” Phumeza explains.

Without wasting too much time, Speech gets down on one knee and listens as Phumeza proposes to him. “We had the same idea because I have a surprise prepared for you. But you clearly have outsmarted me,” Speech amuses.

And just like that, Speech confirms Phumeza as Mrs Caga.

Missed this week's Marry Me Now SA? Here's everything you missed.

Video
Puleng, don't play dumb with me – Lingashoni
Mandla confronts Puleng about what the doctor told him: he is not Njabulo's father. Puleng shuts down and refuses to speak. He later keeps pushing the matter to find out who Njabulo's father is. He is unsuccessful as Puleng remains silent.
Video
Mandla, you are not the father! – Lingashoni
Puleng and Mandla hear the bad news about NJ, that even though Puleng is a match, she is not strong enough to undergo an operation due to her own health problems. Mandla is not a match for the kidney transplant, simply because his DNA does not match Njabulo's. That means, he is not NJ's father.
Video
There's a dark secret – The River
Prophetess Francina has entered the Mokoena household and Angelina is trying by all means to disrupt the process of her getting to the bottom of what happened to Paulina's baby. Zodwa tried to talk Paulina out of it but now everyone can see that something is indeed wrong and it's a matter of time before they find out.
Video
Everyone is handling their business! – The River
It's chaos at every turn. Paulina is on a mission to make sure that Angelina tells the truth because she is convinced that she has a hand in what happened to her baby. Nomafu handles Gugu the best way she knows how after she went after her man and of course Lindiwe does what she's capable of because Vero asked for it b scamming her once again.