The Fixer and HTGAWM crossover is almost here!

The anticipation for the Olivia Pope and Annalise Keating crossover has been building up since the idea was first tossed around during April fools Day in 2017.

But since Shondaland confirmed that a How To Get Away With Murder and The Fixer crossover episode is in production, everyone has been counting down to the TV premiere.  Those who've been following only one of the shows have had to binge watch previous seasons of the other, just so the back to back collision of the most powerful women in television is that much more awesome! 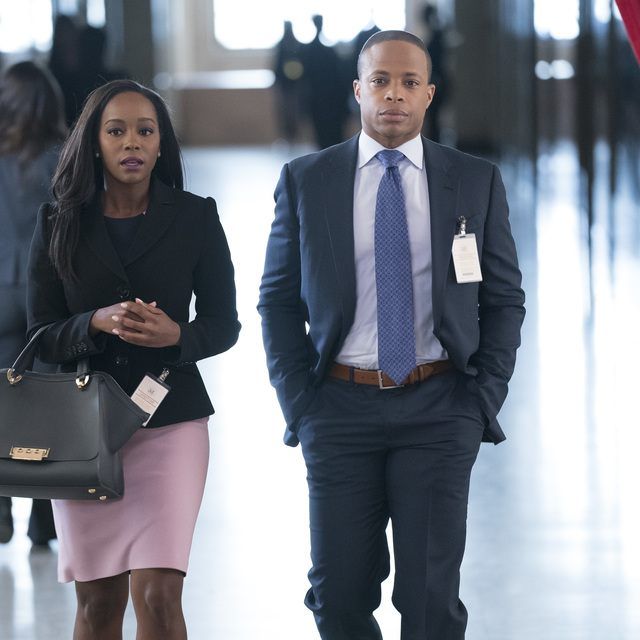 Well, the much talked about crossover is almost here; back to back crossover episodes of The Fixer and How To Get Away With Murder will be airing fresh on the heels of production on 1Magic, DStv channel 103, next week Monday from 20:30!

On the episodes titled 'Allow Me To Introduce Myself (The Fixer) and Lahey v Commonwealth of Pennsylvania (How To Get Away With Murder), Annalise's journey to redemption continues as she seeks the efficient services of Pope in the bid to get her class action case in front of the United States Supreme Court. Ms Pope has strong networks and influence in the White House, so that's the most powerful card to be played. Meanwhile, the massive plunge in Olivia's reputation could complicate the entire mission!

Video
What's going on here?! - The River
After being angry at Andile for telling Lekau their intimate marriage business, Njabulo then decides that they should maybe give it another go and see what happens instead of giving up but that ends badly when Zweli and Tshabalala catch him holding hands with someone. On the other hand, Mlilo isn't winning at trying to make the family accept Beauty and has now been chased out of the house.
Video
Mandla unknowingly pushes Seipati and Gagashe closer – Lingashoni
Mandla confronts Seipati about the lies she has told him and tells her that he knows that she tried to kill Puleng. This sends Seipati into a state, and she immediately calls Gagashe in tears, and he calls his driver to come and fetch her. He comforts her and listens to her, and to cheer her up, he attempts to teach her how to dance. Having Seipati so close to him almost led him to kiss her, but Seipati pulled away.
News
3 Ways Annalise Keating Can Chill Out - HTGAM
She's respected for being the best, feared for her ability to crush competition and revered for putting others before her. But Annalise Keating is human, and she could use these simple tips to calm all the way down!
News
Viola Davis and Cast Thank Fans ahead of Series Finale - HTGAWM
We are saying goodbye to the killer show!