News
31 March 2018
One more thing no one saw coming this season...
Subscribe to Watch

Now that one of the most intense, and certainly the bloodiest season of How To Get Away With Murder has ended, there is a bucketload of shocking plot twist to reflect on. And while that list includes The Fixer's Olivia Pope showing up to help Annalise with her class lawsuit as part of the big crossover that happened earlier this year, we seriously can't let go of Michaela cheating on Asher with The Fixer's Asher! 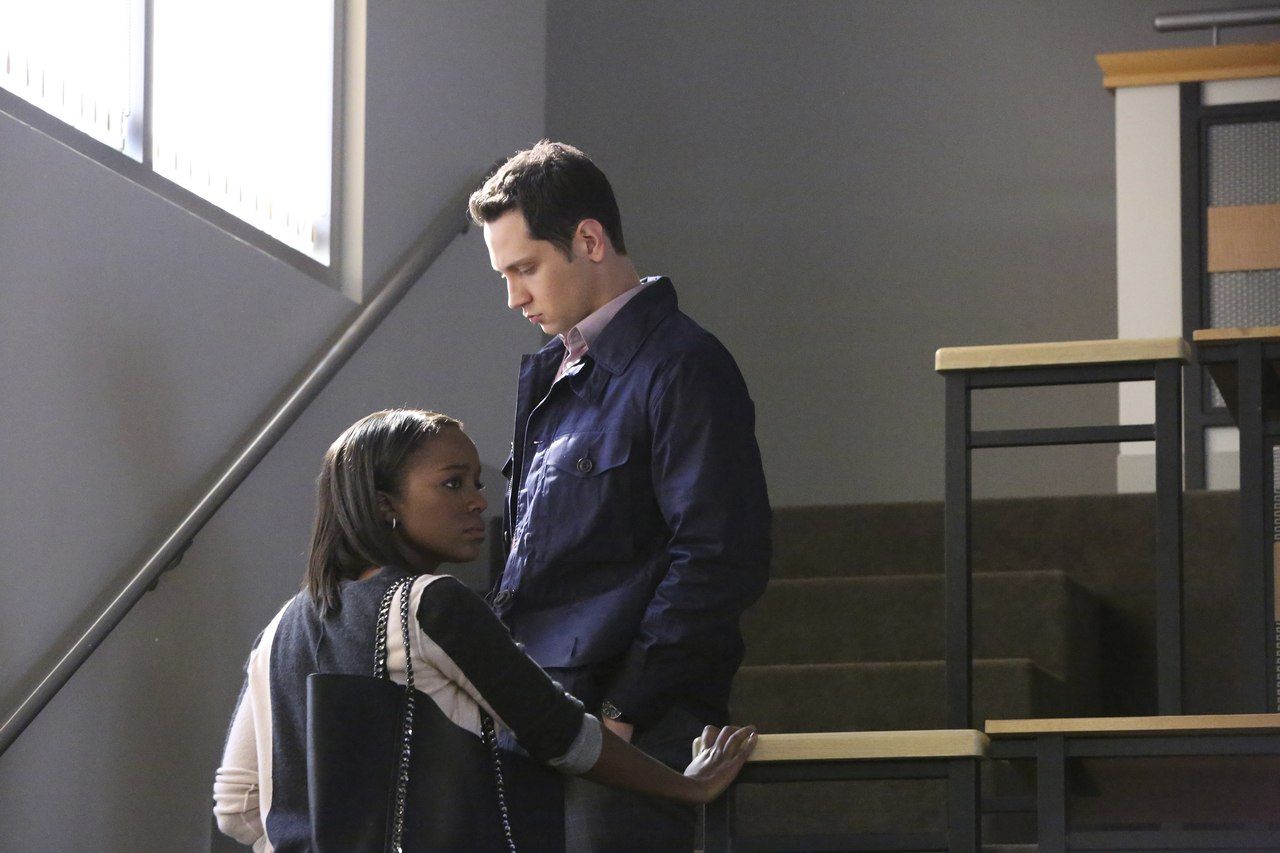 There they were in a car in the middle of the night when both of them suddenly realised how much they are into each other, and how much the sexual tension between the both had become so tense you could touch it. Knowing how upstanding Micheala is - at least when she's not covering up yet another murder - we had all been thinking she would never betray sweet Asher.

After all, what they have on the show is pretty good. Most romantic relationships don't really go the mile over there. A seemingly sweet exception to the rule of that twisted universe of lies, their love has remained unscathed by the cheating scandals that have toppled amongst others Annalise's relationships, Frank and Laurel's 'complicated' limbo, and of course Connor infamously cheating on Oliver.

Fast forward to season four, Asher found himself having to try out dating apps days after Michaela "stabbed my heart!"

What happened? Will they make in the show's next season? I guess we will all just have to wait and see.

News
All the Things Rome Flynn Wants in A Woman - HTGWM
With a chiselled face and a fine physique, the actor has become many people's crush. He's now revealed what he wants in a potential partner
Video
Hang on, Nomafu's your friend!
When Gugu walked through the Hlophe doors in a messy state because of her split with her husband, Nomafu became a very good and welcoming friend to her and gave her all the support. It's shocking now just how much she's going after Bukhosi but after giving her the cold shoulder, he melts and cheats on his wife with her.
News
3 Ways Annalise Keating Can Chill Out - HTGAM
She's respected for being the best, feared for her ability to crush competition and revered for putting others before her. But Annalise Keating is human, and she could use these simple tips to calm all the way down!
News
Viola Davis and Cast Thank Fans ahead of Series Finale - HTGAWM
We are saying goodbye to the killer show!