Last night’s episode of Grown-ish Season 3 came full circle as Zoey Johnson, played by `Yara Shahidi, celebrated her 21st birthday. Although a lot happened during this episode of Grown-ish, the standout scene must be the kiss that Zoey and Aaron shared. Zoey finally got what she wanted!

It all happened as Zoey was taking a break from the party to think about her “messy” life. Aaron, dressed as Samuel L. Jackson, also stepped outside and offered our girl some advice. “You’re never malicious, even though you mess up like 99.9999% of the time,” he assured her. “You go above and beyond to fix it, and that means a lot,” Aaron added.

Taking a leaf of Aaron’s book, Zoey returned to her party, called together all her friends and made a huge announcement. “I’m an adult and I need to start making some adult decisions…

Talk about dropping a bombshell.

Read: Is It Time For Zoey to Grow Up?

Although no one in her circle was for her “adult decision”, they all knew there was no talking her out of it. Not Nomi’s temporary and forced need to quit school nor Luca’s regretful chat could convince Zoey otherwise. Not even Aaron’s long-overdue kiss could stop Zoey from rethinking her abrupt decision. 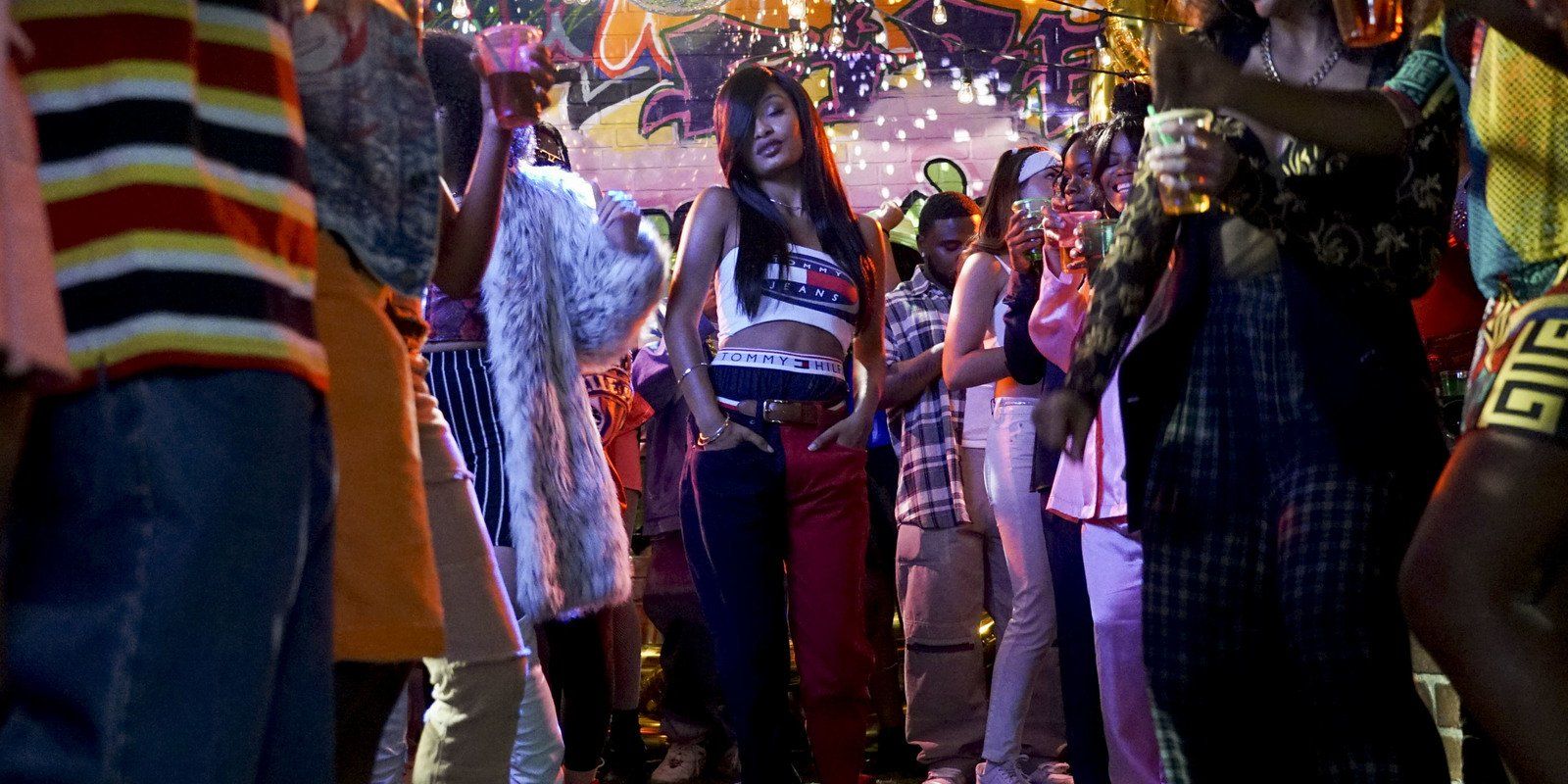 On that note of abrupt decisions, Nomi’s water broke during her FaceTime call with Zoey! The crew is about to add a new member to the family!

In other news, Luca seems to have moved swiftly on from his relationship with Zoey. But we think that Luca and Jillian make a good match. Luji or Jiluc anyone? 😂

What are your thoughts on everything that went down last night on Grown-ish? Catch new episodes on Mondays at 20:30.

News
Ryan Destiny Joins the Grown-ish Cast
The singer and actress well-known for her role as Alexandra Crane on Fox’s Star, joins Grown-ish in its third season.
News
Black-ish ends after eight amazing seasons
It’s been a long ride and now the show is bidding farewell after eight seasons!
News
Six Grown-ish cast members exit ahead of S5
It’s an end of an era
News
The reason Chloe Bailey is proud of her Grown-ish character
Chloe Bailey recently talked about 'Jazz', her character on Grown-ish