Entangled - coming soon to your screens 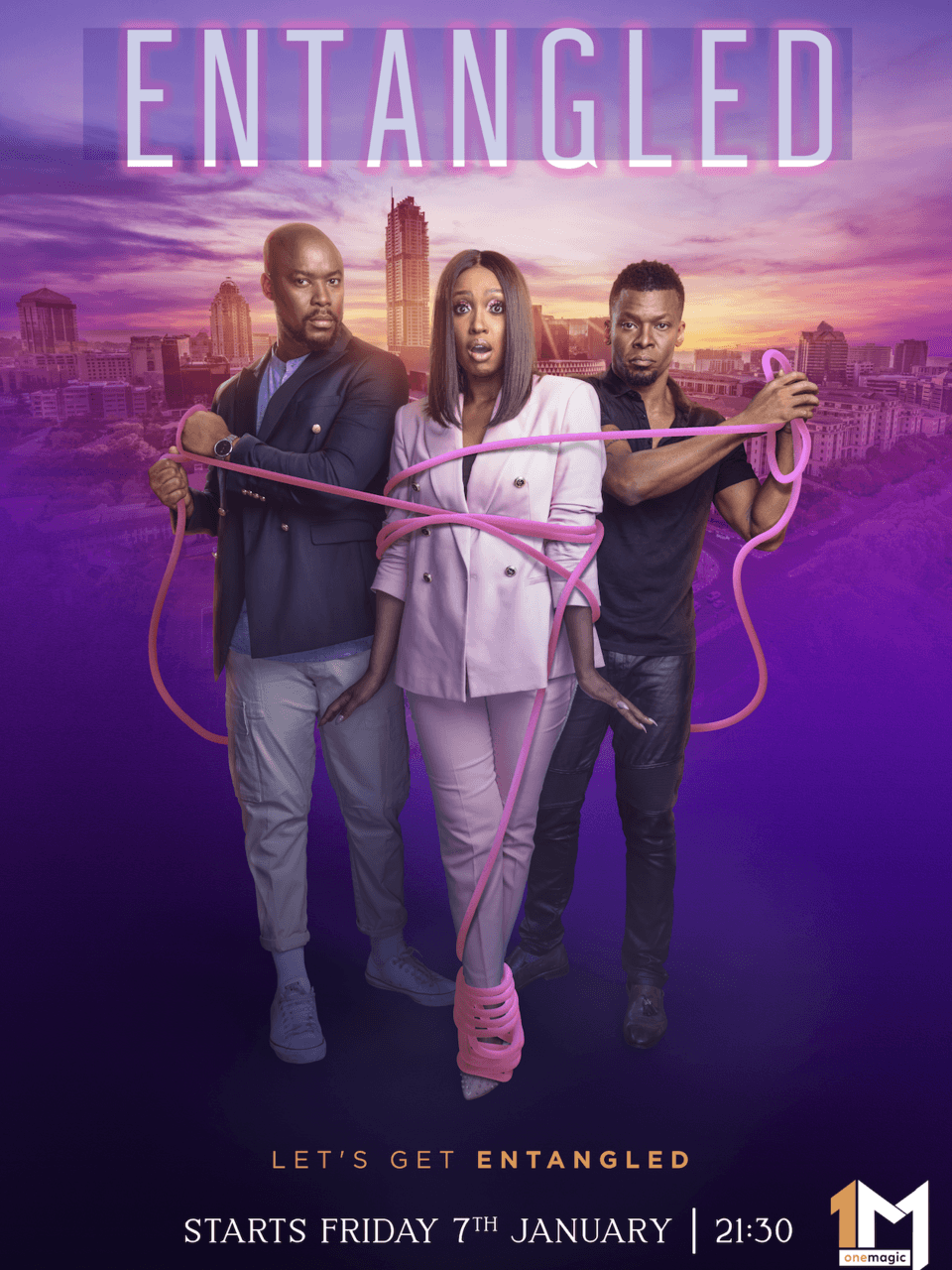 If your 20s are meant to be a time of fun and messy self-discovery, then your 30s are for nursing the hangover from some of those bad decisions. At least that’s the case for the characters in Entangled, a sizzling new romantic comedy drama coming exclusively to 1Magic on the 7th of January. From the multifaceted and acclaimed Burnt Onion Production house, the 13-part show stars actress, media personality and entrepreneur Phuti Khomo (The Wild, Egoli) as Sharon, Vuyo Ngcukana (The Queen, Unmarried) as Sizwe and Vuyo Dabula (Five Fingers for Marseilles) as Julius. Radio and TV host Pearl Modiadie leads the supporting cast as Andiswa, which is her first major acting role.

Entangled follows Sharon, an overachiever in her 30s who is on the verge of marrying the love of her life, Sizwe. However, when her ex, Julius suddenly resurfaces after many years, everything Sharon and Sizwe have built is threatened. The show is more than about a love in danger – through the characters and storylines, we explore the trials of life in our 30s, navigating friendships, the concept of masculinity, culture clashes, sexual orientation, and the ever-pressing discussions of what modern day relationships look like through a humorous lens.

“Entangled is a ground-breaking and edgy show that we’re excited to share with our premium and compact plus viewers. As 1Magic, we’re proud to contribute and create content that is interesting, lively, real and shifts mindsets. It’s part of our commitment to have a variety of local productions that our audiences can relate to,” says Shirley Adonisi, newly appointed Director of Local Entertainment Channels at M-Net.

Although funny, light and provocative, the series promises to be a tear-jerker - where the compelling storylines will cover a broad range of topics and themes around modern-day relationship dynamics. It promises to be a must-watch!

Gallery
A timeline of Sharon's relationship woes
Will Sharon ever find her happily ever after?
News
Entangled Character (s) of the week - Zweli and Zenani
In this season finale, it looks like old feelings are resurfacing for Shaz and Sizwe. Will it work out this time, especially as Julius rears his head again.
Video
Dinner at Somizi's Coming Soon
Pull out your aprons and get ready to cook in the kitchen with Somizi. Dinner at Somizi's premieres Friday, 10 July at 19:00 exclusive to 1 Magic.
News
Character of the week - Sharon
There’s a mess and then there’s what Sharon has been going through these past three episodes.