'S2/E1 - Shook'. Desna and the girls struggle to keep their hope alive while still working under the thumb of the new Russian regime, spearheaded by Riva. Virginia tells Dean that she's pregnant.

Desna, Uncle Daddy and Roller are back! – Claws season 2!

Season one of Claws ended with a few sharp turns that no one saw coming; Uncle Daddy's wife was shot dead as the Husser family's twisted involvement with Desna spiralled out of control and Jennifer's daughter was kidnapped following Roller's beef with the Russians. There was also  a bloody brawl between brother Roller and Bryce, and Jennifer had to come clean about cheating on Bryce. 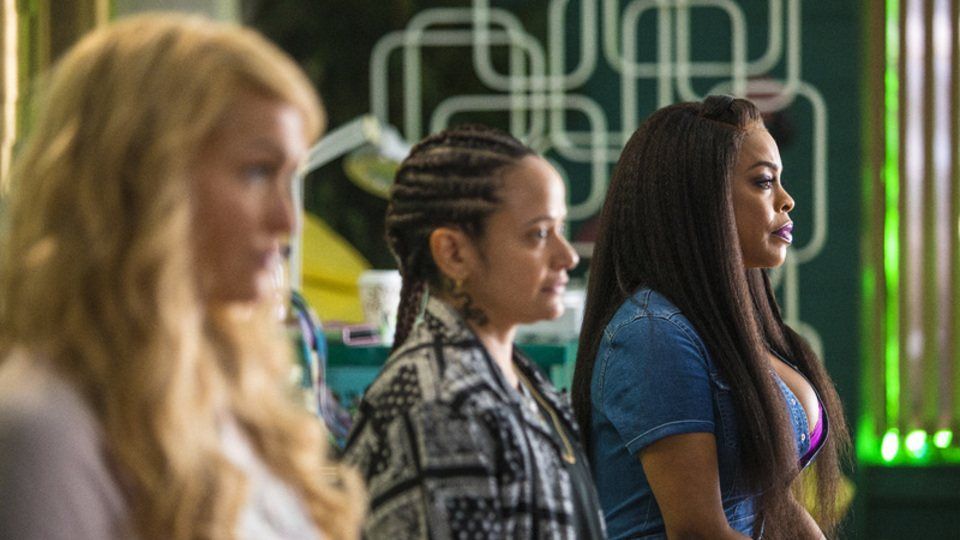 The biggest blow, however,  and no pun intended - was Uncle Daddy pointing a gun at Desna after Roller revealed her attempt to kill and cover up his murder. The end came with one of an epic closing, which saw a succession of back to back plot twists that ended with the Husser family losing its entire business.

What will happen to the Husser family and their lost fortune? There's still the rift between Desna and Roller. How will they be able to move forward despite the bloody history between them? The money laundering schemes, drug dealing, murders and backstabbing return on season 2 of Claws, premiering tonight at 21:30, exclusive to 1Magic!