A Night With My Ex

News
12 July 2019
Troy and Quevewin understood each other but not in all areas...
Subscribe to Watch

In the first season of One Night With My Ex, we’ve seen 21 former couples revisit their past relationships; whether to find closure or to try and work things out. The surprises and laughs kept on coming in this week’s episode as 25-year-old Troy had a number of unanswered questions from his 10-month long relationship with ex-partner, Quevewin (27).

The two sat down to hash out a number of issues they faced whilst dating, three of which stood out:

3. That Trip to Cape Town

Insecurities in a relationship will ruin any chance of something amazing happening. This is what happened when Quevewin attended a church conference in Cape Town. “I was left at home all alone, [and] in the back of my mind I knew the ex was going to be there because they both attend the same church,” Troy said.

Quevewin insisted that nothing happened in Cape Town. “Why would I risk all I had for one night of pleasure?”

2. The Beef with Quevewin’s Mom

After coming out to his mom, Quevewin also revealed that he’d moved in with Troy. Quevewin’s mom did not approve of their relationship and Troy took it upon himself to try and resolve the issue. “I told her that as a Christian you’re taught to accept anyone who comes into your circle,” Troy said.

And that approach didn’t sit well at all with Quevewin’s mom: 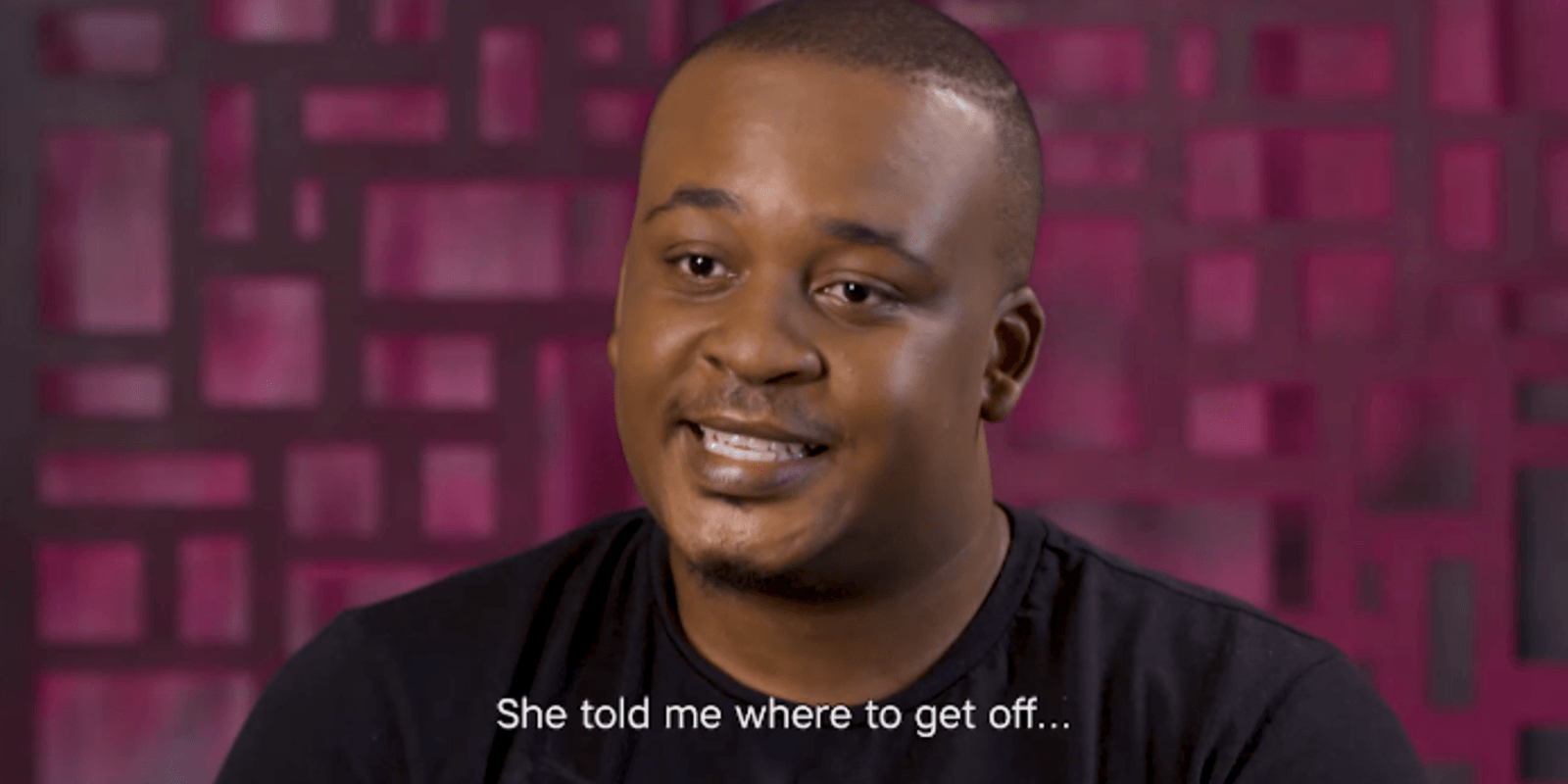 1. Troy Pulling a Knife on Quevewin

Quevewin reveals that a guy he was planning on cheating with called him while he was at home with Troy. Needless to say, all hell broke loose!

Troy wasted no time and called the guy back!

From there, clothes were thrown out, knives were pulled out as scare tactics and mud ended up all over their home.

Video
We want our money! – The River
Flora together with the community of Refilwe have yet again take matters into their own hands after busting Irene and Tshabalala not coming to the party to help and went to her house after getting bail to demand their money. Things quickly turned sour when people started taking her belongings but ended up hurting her with a brick that could get everyone in trouble.
Video
There's no money! – The River
It has gone from bad to worse for Ntuthuko since he made a surprise entrance into the Hlophe mansion demanding that he gets the cut that he didn't get to enjoy after his last job but now that he planned another heist, things went south real quick when the found out it was all for nothing. On the other hand, Flora's scammer was found and she can't get out of it which makes all the victims angry.
Video
1 Night With Mzansi on 1Magic
Witness as the first official launch of South Africa at Expo 2020 in Dubai showcases to the world our uniqueness through culture, talent and innovation. Hosted by Nomzamo Mbathi, tune in on Sunday 17 October at 21:00 on #1Magic for some amazing performances.
Video
One Night With Adele premieres this weekend
The singer will be preforming her new material in six years and will also have a sit-down with Oprah Winfrey talking all things life, music and love. Don't miss One Night With Adele this Sunday at 19:00 on #1Magic.