Zolani Has A New Bae – The River

News
10 April 2020
Emmarentia has stolen Zolani's heart. But has he stolen hers?
Subscribe to Watch

Even when we thought he had found the love of his life, Zo’s luck ran dry when it became apparent that Itumeleng Mokoena, was actually Lindiwe’s daughter, meaning that the two are actually related. Although it took time to face the facts, it seems that Zolani has finally moved on from his relationship with Tumi and he’s ready to find himself a new lover.

Many people had given up on the idea of Zolani ever finding a partner or had claimed Mzolisto as their bae (yes, we see you), but it seems that Zo has laid his eyes on a particular lady who goes by Emma, played by Lunathi Mampofu.

Can we just talk about how stunning Emma is? Wow! She’s highly polished, she’s stylish and glamorous. So, it comes as no surprise that as soon as Emma walked into The Oracle, Zolani’s eyes were fixated on her. Walking with her head held up high, Emma sat at the bar of the restaurant and that’s when Zo made his move.

“I’m Zolani, but those who know me well call me ‘A Great Night Last Night’,” was Zolani’s pick up line. 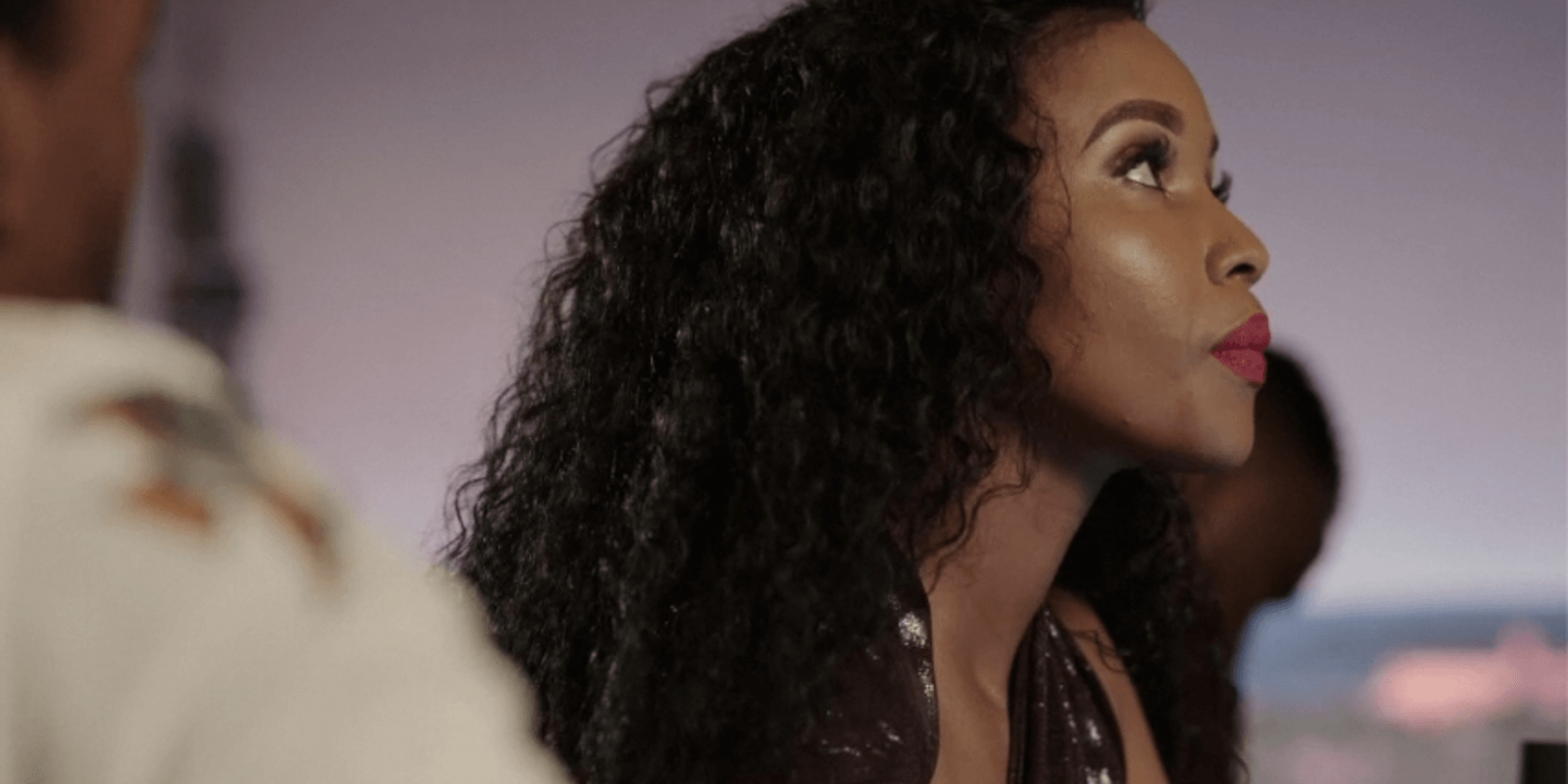 He didn’t honestly think that introduction was going to grab this gorgeous lady’s attention. And guess what? Emma didn’t seem impressed by Zolani’s mac game at all. Getting very little attention from her, Zolani then started to name drop and throw his riches in Emma’s face. Again, a lady like Emma isn’t easily moved by money and cars… So we think…

When it seemed that Zolani’s courting game wasn’t winning him any points, he offered to buy Emma a drink to which she politely declined, got up and left Zolani hanging.

How far will Zolani go to win Emma’s heart? Is Emma playing hard to get? You’ll have to tune into The River tonight at 20:00 to find out.

Gallery
KZN gave what it was supposed to - The River
Between Zodwa and her hatred for literally everyone, Mabutho being so scared to go back home and the Mokoenas passing Pietermaritzburg and going straight to Durban, Lindani's unveiling was very eventful and when the day arrived everyone looked absolutelt stunning and celebrated him the right way.
Gallery
Happy Heritage Day 1Magic Family!
It's beautiful and should be celebrated on our everyday lives!
Video
Zolani Proposes to Emma – The River
Zolani is adamant on putting a ring on Emma regardless of discussing his intentions to marry her with his family. The Dikanas are taken aback when Zolani shares his news.
Video
5 Ways To Get A Guy to Fall Head Over Heels – The River
Since walking into Zolani's life, Emma has taught us a thing or two about going after the man you want without even trying too hard.