You Need to Watch 'Delilah'

News
04 May 2021
Delilah season one, airing on 1Magic, follows the story of a woman who left a top law firm to raise her children. She's now back in the game, going for the cases no one is taking
Subscribe to Watch

Here's a plug; there's a brand new television series called Delilah and you need to watch. Season one has premiered on 1Magic, and airs every Monday at 20:30. The show chronicles on the life of a certain Delilah Connolly Maahra Hill) who left a top job at a big law firm to focus on raising her kids.

Now she takes on cases the big firms ignore and finds herself, often going head-to-head with the powerful and privileged as she fights for the disenfranchised. In addition to raising her two kids, Maia and Marcus, Delilah also cares for her young nephew Dion; manages her relationship with her frustrating ex; and to top it all off, she’s about to go up against her best friend Tamara in court for the first time. Delilah has always represented the underdogs. Tamara has always represented the wealthy and powerful. But this case is different: This time, Delilah’s most cherished friendship is on the line. Nevertheless, there are lives at stake. So, Delilah does what she always does — she seeks justice for those who need it most.

Maahra Hill (Black-ish,How to Get Away with Murder) stars as Delilah Connolly, a headstrong, highly principled lawyer living in Charlotte, North Carolina. Delilah's doing her best to raise two kids alone and keep her ties to family, friends and faith strong, all the while ceaselessly seeking justice for those who need it most, in a time when the rich and powerful of Charlotte and beyond will do anything to stop her. 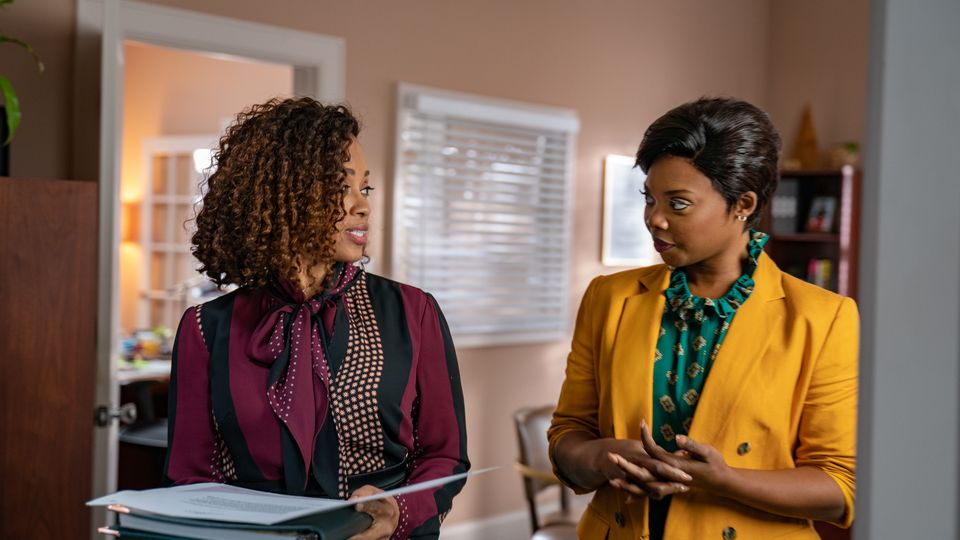 News
What we loved about Unmarried
Our glamourous trio had our hearts doing gymnastics throughout the season as we could not figure out whether they were coming or going, but everything came full circle, and we are better for it.
News
Pandemonium reigns on Lingashoni this July
Pandemonium rules the day as things go from tricky to difficult to tragic as not all is what it seems and that is a hard pill to swallow.
Video
I need your help to investigate Mnqobi
It looked like Lindiwe had put Zweli at ease when it comes to her relationship with Mnqobi but he's still not all the way convinced that he's a good guy with good intentions and asks Tshabalala for help. His suspicions are somewhat confirmed when Mnqobi grabs Lindiwe for a hug after they sign on the dotted line.
Video
We just need to give this a chance
One thing about Lindiwe, she's having a very hard time with the feelings that she's feeling and one thing about Mnqobi, he's loving every minute of it because he's not willing to let her go or the deals that they are planning together. Things got very awkward when Zweli and Tshabalala walkedd into them celebrating and made them want to take the investigation further.