The River: Is Tumi Dead? Twitter Has Its Say

News
27 March 2020
Tumi exposes herself to Lindiwe.
Subscribe to Watch

If we were to pick one important lesson that we’ve learnt from Lindiwe Dlamini-Dikana over the three seasons of The River, it’s that you don’t mess with the Dikana matriarch and think you’ll get away with it.

Ask the number of people who’ve tried and failed. (If you haven’t caught up on The River yet, you can watch the latest episodes on DStv Catch Up).

From Sheree who was fed to the lions to Veronica who’s has had her fair share of run-ins with the police, Lindiwe always proves to us that she doesn’t call herself Kalashnikov for nothing.

So, when Lindiwe finally caught a wakeup call – we thought she’d never – it became evident that there was only one thing left to do to take care of Tumi. The same Tumi whom Lindiwe had defended without fail as Zolani accused her of killing Tumi. Things got so out of control between auntie and Zolani that Lindiwe fired him and threw him out the house.

In the meantime, it seemed that Tumi was replacing Zolani – she took over Zolani’s job, had her closet revamped and even got new wheels. Mom and daughter were building a relationship stronger than her relationship with her son Andile and deceased daughter, Mbali.

The more Lindiwe opened her heart to Tumi, the more comfortable Tumi became to a point that Mrs Dlomo dropped the ball. In Tumi’s defense, she was completely drunk, but we all know not to drink to a point where we lose all inhibitions, especially when you’re hiding a huge secret from the one person who has a reputation for getting rid of anyone standing in her way.

Inebriated beyond control, basically revealed her involvement in Mbali’s death as Lindiwe spoke of the pain of losing her beloved daughter. Although Tumi didn’t have any hand in burning down the security building, by mentioning it, she exposed herself. It didn’t take long for Lindiwe to run back to Zolani and confirm his accusations. 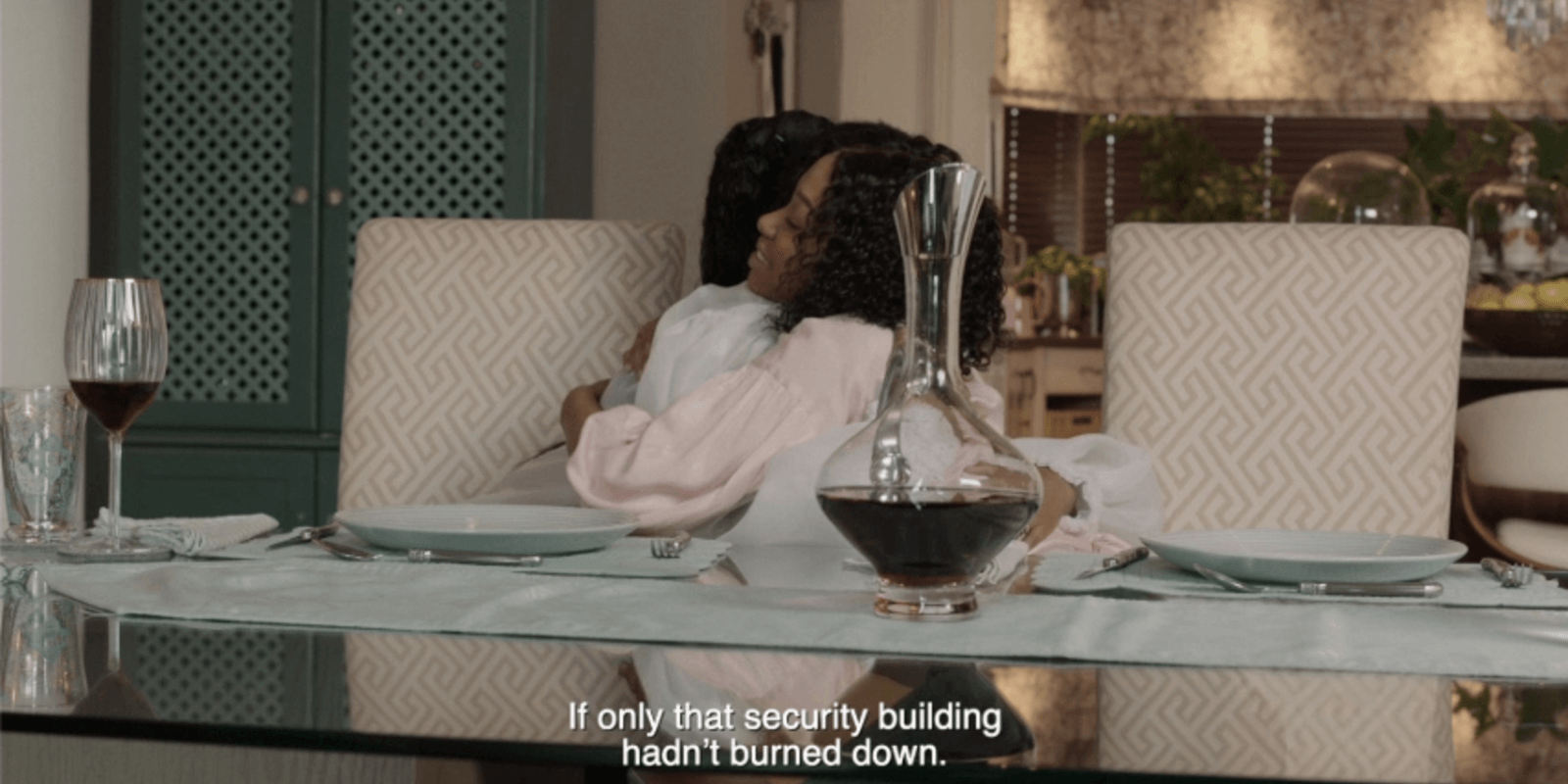 And from then on, there was only one way for Lindiwe and Zolani to deal with Tumi’s deceitfulness.

In the latest episode of The River, Lindiwe and Zolani knocked Tumi out and threw her in the same river that Lindiwe had left her as a baby.

I would really like to believe that Lindiwe was dreaming..esp the last part of throwing Tumi inside the river ..aowa your own blood ; ba mo loile #TheRiver1Magic

i doubt tumi is dead. #TheRiver1Magic

Tumi is going to swim out of that river and walk back to Rifilwe #TheRiver1Magic pic.twitter.com/wNH4PNgOaS

Lindiwe is umadlabantu but Tumi is die hard. she is not dead, not at all🤔#TheRiver1Magic

Have your say and follow the conversation using the hashtag #TheRiver1Magic on Twitter. Catch new episodes of The River Mondays to Fridays at 20:00 on 1 Magic.

Video
It's not over until I say it is – Lingashoni
A despondent Puleng tells Mandla that it is over. That they should find alternative means of employment. Mandla tells her that Gagashe must bring it on because he has had enough; it is time for Gagashe to see who Mandla is. He enlists the help of The Lions, which is a big deal.
Video
Nomonde shocks Lindiwe and Zolani - The River
Nomonde shocks Lindiwe and Zolani - The River | S5 | 1Magic | Episode 238
News
Rest In Peace Tumi Chant The River Fans
Well, if Lindiwe’s reputation is anything to go by, Tumi could possibly be history.
Video
Lindiwe Confronts Tumi – The River
In a dramatic turn of events, Lindiwe confronts Tumi about killing Mbali. Tumi admits to the crime, and mom and daughter are involved in a brawl. On the other side of Pretoria, Mabutho gets Cobra and Percy involved in hijacking a truck.