Everyone was deeply saddened by the news that Tamar Braxton and her husband Vince were getting divorced towards the end of 2017 (except of course, vultures).

But while most were bummed to see the lovely couple part ways after giving all of us faith in love on their reality show Tamar & Vince,  some have continued to dismiss the divorce as nothing more than a publicity stunt to beef up the show's plotlines, while also boosting the ratings. 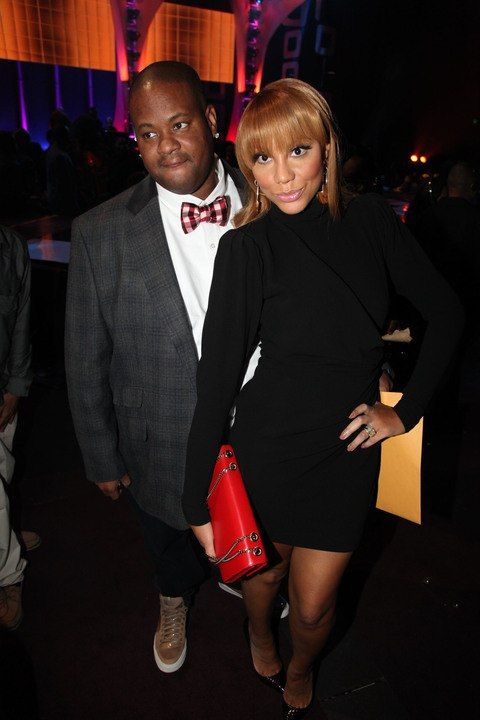 Nothing could be further from the truth, according to the RnB singer.

Hitting back at those who've suggested the divorce is a publicity stunt on The View, Braxton said the idea she'd go that far for ratings is misguided at best.

"I have absolutely no reason to lie about my marriage for ratings... I think that's disgusting and I would never sell my soul to the devil like that. It's not that serious", she said.

Tamar also took the opportunity to confirm that she had definitely filed for divorce from Vince, and that the parents of two are now living apart.

Later invited to join Tamar on the hot table, Vince shot down rumours that he's expecting a child with another woman, saying "I love this lady with all my heart, I love my family with all my heart and I will never stop fighting for my family."

Tamar and Vince continue figuring things out on Tamar & Vince, Mondays at 19:00 on 1Magic, DStv channel 103.

News
Get to know the ever-fabulous Tamar Braxton.
We all know and love Tamar Braxton for her funny one-liners, her incredible fashion sense and, of course, for those pipes that cause traffic to stop at the sound of the first note. Here are some fun facts about her that you may not know.
Video
I've lost the key! – The River
Paulina and Angelina are both in labour and nothing is going right. They first struggle to get Khabzela to be as quick as he can and then it turns out he doesn't have enough petrol. After doing the right thing and finding petrol, Thuso and everyone are relieved until the car keys go missing.
Video
I've never seen anyone more consistent
After a bit of dancing, Somizi sits down with Gugu and Dj Tira for dinner where they talk about marriage and how they've made it this far. They both talk about the importance of peace in their relationship and making sure that they work through everything they go through because they are not ready to give up.
Video
I quietly walked away and I've walked away ever since
The entertainment industry and social media gets very tricky when the people we love to watch get dragged into the mud without facts and Vuyo Ngcukana and Warren Masemola talk about how they've learned to navigate it and what they choose to respond to or simply walk away from.