News
21 February 2022
When it didn’t work out the first time, she tried and tried again until it did.
Subscribe to Watch

Michelle Young took a leap and decided to give the journey of finding love another chance after being on S25 of The Bachelor and not going all the way. 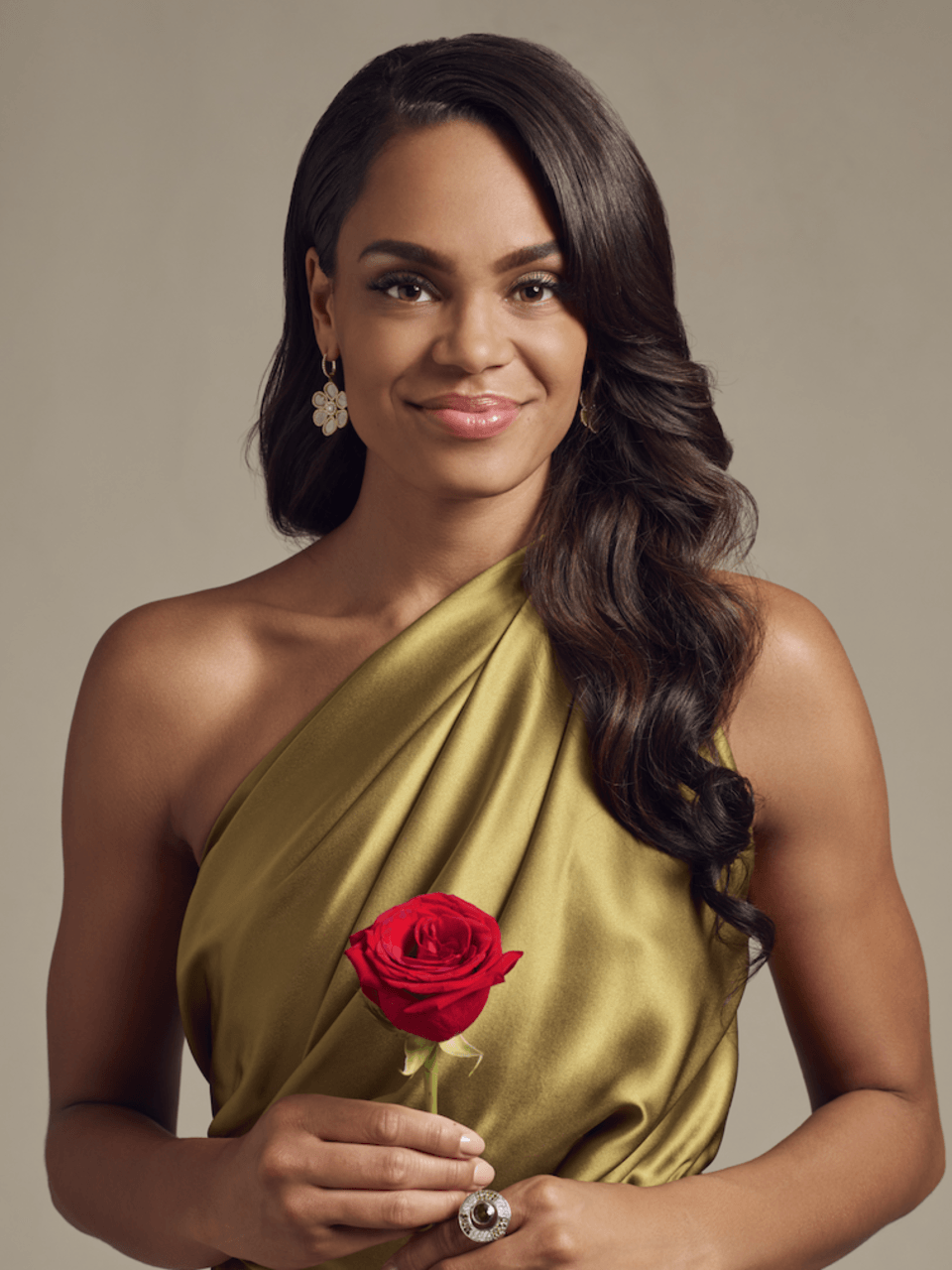 The excitement was on a high when the elementary teacher from Minnesota was announced as The Bachelorette and it soon proved to be yet another fire season when the dramatics kicked it off just a few nights in. Out of all the men that came on the show, a few quickly showed how passionate they were and ready to meet the love of their lives.

As with anything that has to do with the heart, Michelle didn’t always have it easy as it would be expected with having to date more than 20 men 😩. From dealing with the gossip among them that always found its way back to her, falling for more than one man, and then dealing with who her family would accept because of what she’s been through before, it was no surprise to see her stressing but she continued to put a brave face on and focus on the end goal. 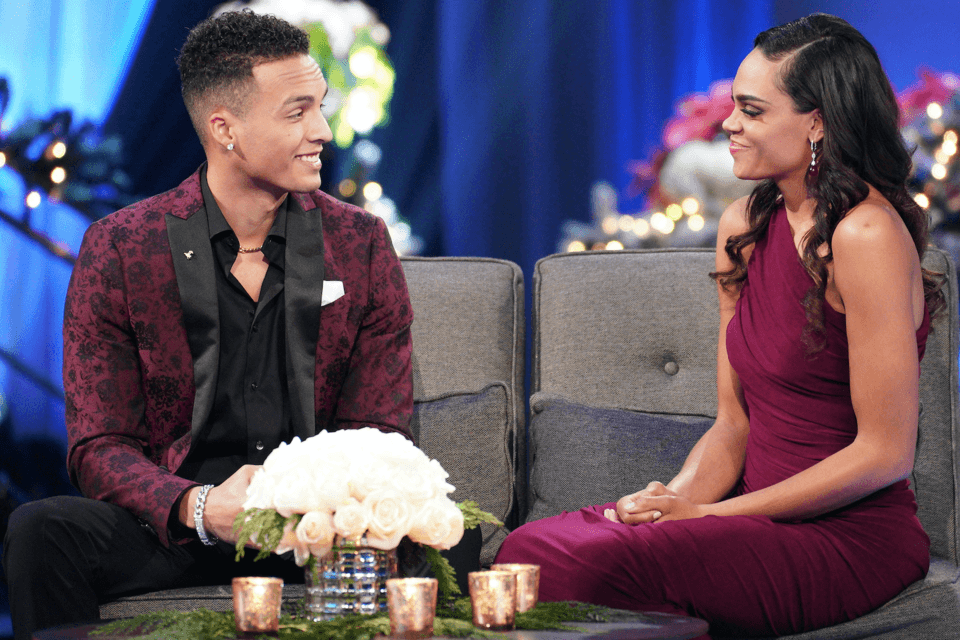 Brandon completely saw himself spending the rest of his life with Michelle and even expressed to her family that he “wants to marry her so bad” but no one was ever going to be able to prepare him for the heartache he was going to feel at the end. 😭

He was always vocal about his feelings and wasn’t afraid to take it there with the plans he has for them, always making her laugh and comfortable but unfortunately her feelings for the other man came out on top. As hurt as he was after pouring his heart out to her and ready to get on one knee, Brandon still expressed how he wishes nothing but happiness for Michelle even if it’s not with him and that concluded their journey.

“I have found my soulNayte!” 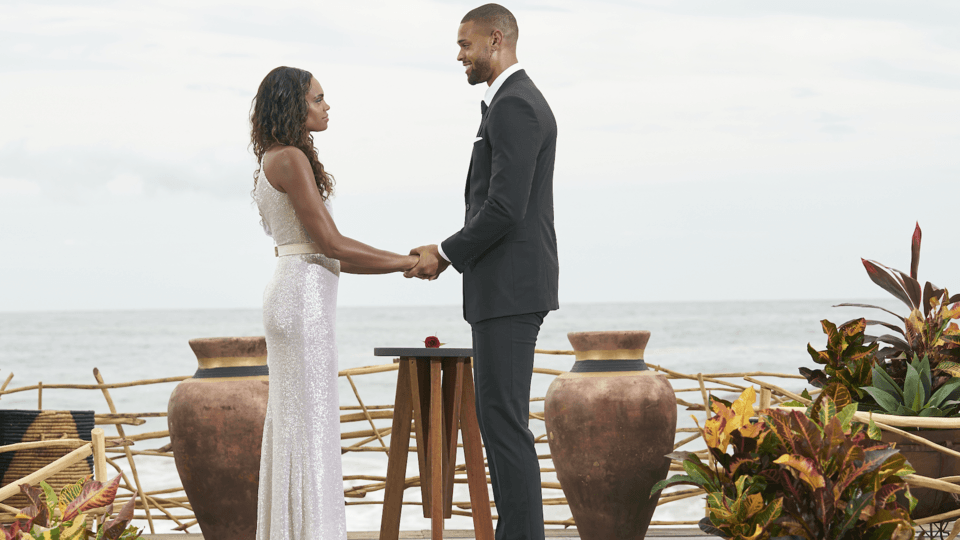 The plan was to find her forever love and she found all of that and more in Nayte. He was the first one to meet her and received the first impression rose that everyone hopes and prays they receive on the first night. The connection they shared was so strong very early on and all those who were around them felt it.

The stumbling block in their relationship was how Nayte struggled to open up and be expressive which left Michelle with a lot of questions because she always gave her all in past relationships but never received the same energy. That pushed them to work at it instead of tearing them apart. Even after her family felt like Brandon was the better fit for her, her mind and heart were already made up and he gave the same energy back by proposing at the end and vowing to be by her side always, no matter what. 🔥

And yes, they are still together and we love to see it. 🥰

Catch up on S18 of The Bachelorette on the DStv app if you missed it and keep your eyes on our #1Magic social platforms for any updates on the new season.

Video
Finding the one is worth the crazy ride!
It won't always be easy and Clayton knows this all too well because he started by being part of The Bachelorette and he's now taken over as the new S26 Bachelor and ready to go through the ups and downs to find his forever love. Watch it on weekdays at 18:30 on #1Magic.
Video
I'm not going anywhere! – The River
Zolani is not willing to let go of Khwezi even after all the promises that he made to Emma about being her forever and continuing to work on their marriage so he continues to declare his undying love for her. Lindiwe on the other hand, kept her promise to protect her sister and went to kill Hlubi but it was all caught on camera.
News
It ends in happily ever after – Bachelor & Bachelorette Nation
From proposals, weddings to a long life together!
Video
Tayshia Adams Is Season Sixteen's Bachelorette
The Bachelorette Season 16 returns with more surprises than ever before. Catch the season premiere on Wednesday, 10 March at 18:00.