News
15 May 2019
Nuggets of wisdom from Mary Twala, and a tip from Relebogile
Subscribe to Watch

They've both had successful careers in the South African entertainment business. Mary twala and Relegile popped in last week Friday on V-Entertainment to touch base with us not only on what projects they are currently up to right now, but also to dive a little bit deeper into real aspects of their lives and minds. And, as you can imagine, a lot was learned!

Veteran South African actress, Mary Twala, sat across her son, Somizi, in the purple studio. That alone was iconic enough for all of us to glean into the sort of talent, work ethic and pure exceptionalism that runs in the family. They've both seen the pinnacles of the local entertainment industry, and have had their works reach people from all over the world. But while Somizi's career continues to thrive, Mary Twala is basking at her own legacy. 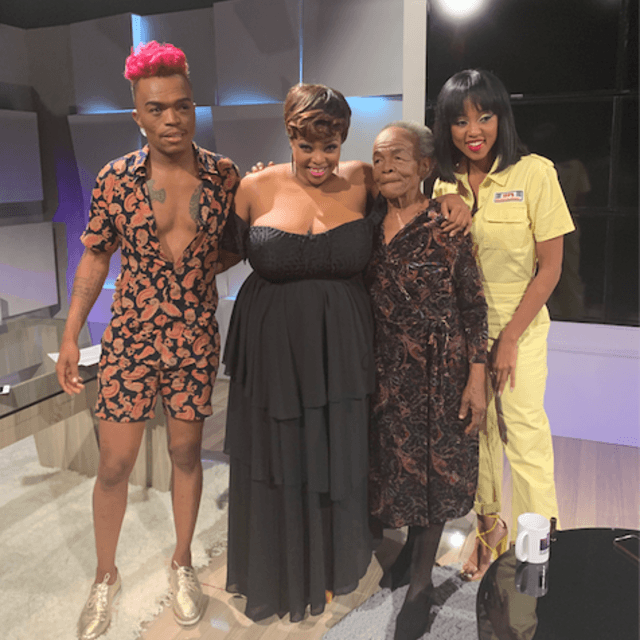 She's been in the business for almost 60 years, never dropping a ball. How has she been able to sustain that much longevity in an industry that creates meteoric superstars and then turn them into none entitires in quick succession?

PHOTOS – GO BEHIND THE SCENES WITH RELEBOGILE AND MARY TWALA

Amongts other things, says the critically lauded actress, education and respect are key to success. Giving advise to young actress who have an intention of not only breaking into the industry, but also staying, Twala shared these nuggets of wisdom.

Relebogile Mabotja is now part of the team behind one of the country's biggest breakfast shows. She's earned her striped, having paced through all the hoops in the game. She did her bit as a television presenter adn a radio presenter, and is now ready to be frank about what aspirant youth should never do if they want to get far in their professions.

Catch the conversation on V-Entertainment, Fridays at 18:30 on 1Magic, DStv channel 103.

Video
I've lost the key! – The River
Paulina and Angelina are both in labour and nothing is going right. They first struggle to get Khabzela to be as quick as he can and then it turns out he doesn't have enough petrol. After doing the right thing and finding petrol, Thuso and everyone are relieved until the car keys go missing.
Video
An epic season 6!
A fire season is what we're about to experience, but it won't be all that without the tears, betrayals and dangerous alliances. Get ready for S6 of the SAFTA award-winning, The River from 06 Feb on #1Magic.
News
Cedric the Entertainer and Max Greenfield on The Neighborhood Season 3
The Johnsons and Butlers are back for more laughs.
News
Real Housewives of Salk Lake City S2 is coming in hot on 1Magic
The season has already started off with divided friendships and there’s more drama to come!