Insecure: How dapper is Jay Ellis?

His dress code is the last thing anyone is concerned about on Insecure.

There are bigger things to be preoccupied with on the show, like the fact his character Lawrence suffered a devastating plunge into a self-sabotaging downward spiral on the show's entire second season, thanks to his post-Issa wild and sexually rebellious era. In real life though, Jay Ellis's character couldn't be further from his fence straddling character on the comedy. 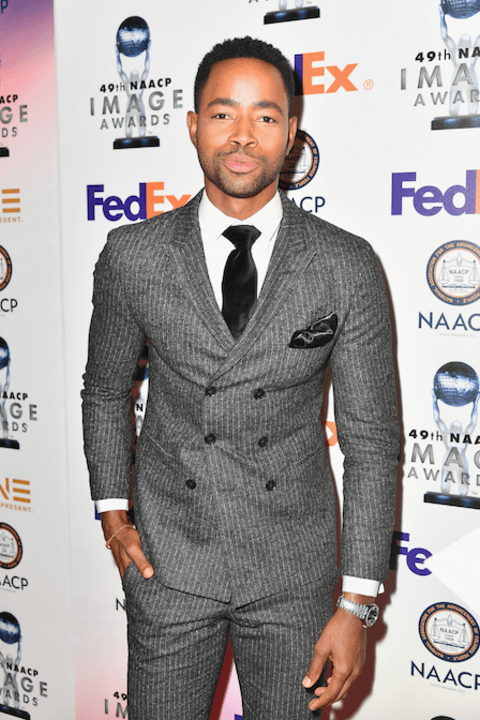 At the very least, we know that he differs from Lawrence in the fashion department. While Lawrence has sported a mint suit once or twice on the show when he trying to get his act - along with his complex career - together, all the dirt he gets up to is just normally done with him dressed down.

On the contrary, the 36-year-old actor has been consistent in topping best-dressed lists whenever he hits the red carpet. Which, if you allow us to throw in a random complain, is never enough. Thankfully though, his Instagram followers are constantly treated to pictures showcasing Ellis' love for a good thread. His entire IG page is basically an atelier showcasing the actor's style, work and glimpses of his world.

Here is a look at some of his best fashion moments:

You can catch Jay Ellis on Insecure's upcoming third season when the show does return; Keep an eye on this website for updates on that.

Video
Everyone is handling their business! – The River
It's chaos at every turn. Paulina is on a mission to make sure that Angelina tells the truth because she is convinced that she has a hand in what happened to her baby. Nomafu handles Gugu the best way she knows how after she went after her man and of course Lindiwe does what she's capable of because Vero asked for it b scamming her once again.
Video
Hang on, Nomafu's your friend!
When Gugu walked through the Hlophe doors in a messy state because of her split with her husband, Nomafu became a very good and welcoming friend to her and gave her all the support. It's shocking now just how much she's going after Bukhosi but after giving her the cold shoulder, he melts and cheats on his wife with her.
Video
We have a house in Cape Town! – The River
Nomonde and Vero have been having the best time of their lives scamming their family with a lie of a pregnancy. Nomonde's doubt in what they are doing didn't last long because as she was telling Vero that she can't do the pretending anymore, she receives an email that Lindiwe not only bought her a house in Cape Town but she's given her the money to make it look how she wants it to and that throws the doubt out the window.
Video
How about "Welcome home, baby"? - The River
It just became a mess that Thuso never saw coming! While he is busy enjoying the surprise that was planned for him with his family and friends and celebrating love with Paulina, a shocker in the form of a pregnant Angelina rocks up and shocks everyone.