News
06 May 2020
Many have tested Lindiwe’s patience, but no one has been as persistent as Emma.
Subscribe to Watch

Someone give Emma a bells, please… Not because she’s defeated Lindiwe at her own game, but because she’s the first person who’s given Lindiwe a proper run for her money. Regardless of all the verbal warnings Beauty has given Emma concerning Lindiwe, somehow Emma has managed to overcome every obstacle thus far.

Very few people are gifted with a sixth sense like Lindiwe’s. The Dikana matriarch can smell lies, manipulation and deceit from miles away. So, when Zolani kept flaunting Emma’s amazing career as a doctor in her face, she smelt the lies from the get-go. As Zolani and the Dikana family vouched for Emmarentia, Lindiwe refused to believe any of the nonsense. 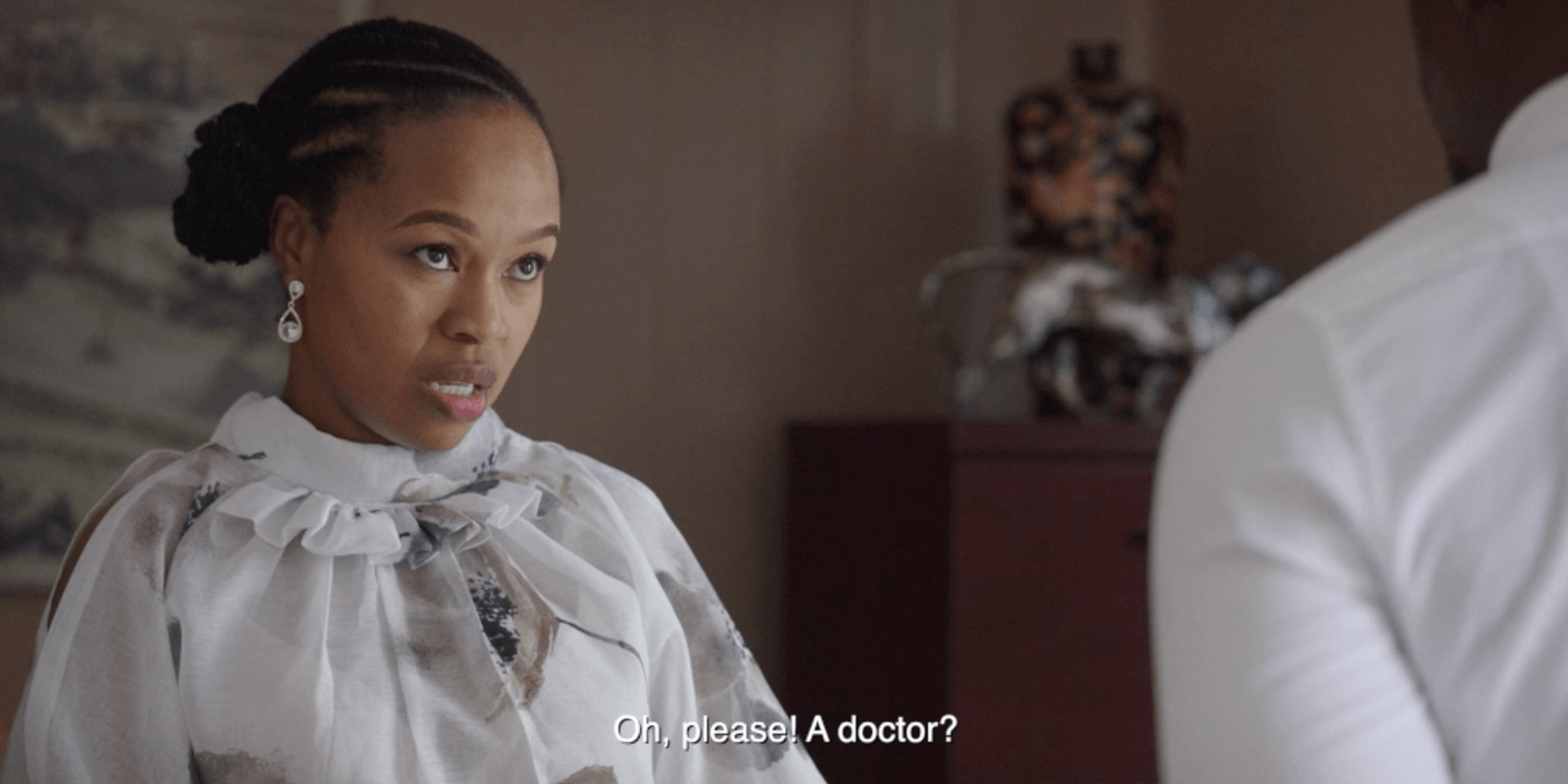 Just when Lindiwe was defeated from her family’s obsession with Emma, Flora unwittingly gave her what she thought was a brilliant idea.

While fixing herself up her signature French soup, Flora suggested that the good madam doesn’t add any prawns to the dish because she is allergic to seafood. Poor Sis’Flora didn’t realise that her request was about to be used as a ploy to test Emma’s supposed proficiency in the medical field.

When Flora fell to the ground after consuming the prawns in the soup, Lindiwe was very quick to ask Emma to save Flora’s life, to which Emma did. However, Lindiwe still didn’t buy Emma’s story. 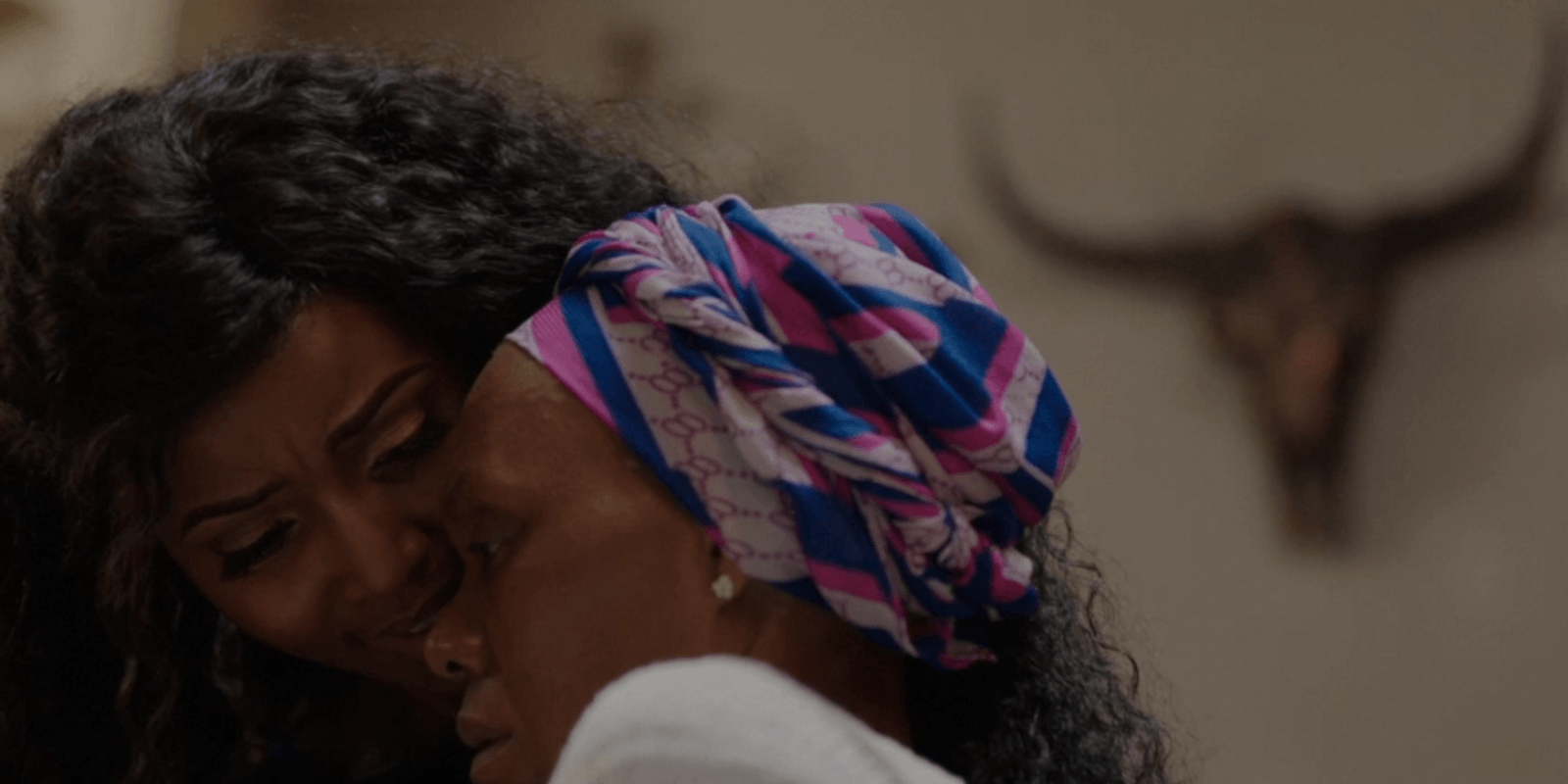 One Dikana family member who was particularly impressed with Emma was Zweli. Thanking Emma for her commendable work, he showed his appreciation by offering to plan Emma and Zolani’s engagement party. But in offering up this token of appreciation, he nominated his wife to do all the necessary arrangements, who was obviously less than pleased with the offer.

Although Lindiwe tried to worm her way out the planning, it soon became apparent that she had no choice but to plan the engagement party.

View the full gallery below

Pushing as many of Lindiwe’s buttons as she could get to, Emma eventually pushed Lindiwe over the edge when she ordered that her mother-in-law create a slide show with all of the couple’s pictures. Doing as she was told, Lindiwe took centre stage when she played back the slideshow, including Emma’s marriage certificate from a previous marriage.

Unprepared for this stunt, Emma run out of the party venue in tears, leaving Zolani surprised and humiliated.

But Emma wasn’t going to give up on her plans for Zolani that easily. She concocted one hell of a story about the death of her husband who apparently cheated on her with her best friend.

Now, while Zolani tries to win Emma back, Lindiwe’s stunt has pushed Zolani further away.

What the future holds for this triangle, only time will tell. Catch new episodes of The River weekdays at 20:00.

Video
Zolani, the knight and shining armour
It's getting messy when Zolani starts to dismiss Emma on the phone and doesn't explain why he hasn't been taking her calls and it gets worse when he unknowingly meets the Hlophe daughter and plays her hero by getting her to a safe place but continues to flirt and even gets her number at the end.
Video
Drink to the fact that you broke me
Zolani has reached his breaking point with Emma after learning that she has been drinking before getting into the car with Mbali and his now wondering why it's so hard to love him. He continues to count all the times that she has hurt him and he forgave her everytime but asks her to now drink to the fact that she broke him.
Video
Lindiwe Finds Zolani and Emma Making Out – The River
Lindiwe returns home to find that things have changed in her home. She's furious when she sees Zolani making out with Emma under her roof and chases them out. Mabutho and Kedibone reconcile.
Video
Emma Overhears Lindiwe and Zolani's Plan – The River
Zolani has a change of heart regarding his place in Emma's life and supports Lindiwe in killing the mother of his child. Emma overhears the two plotting her death.