News
14 March 2018
They are dope and so is their show!
Subscribe to Watch

"Hold my legs up... we've got that HBO money!", reveal hosts 2 Dope Queen Jessica Williams and Phoebe Robinson on their four-part comedy show, premiering tonight at 21:30 on 1Magic, DStv channel 103. Yes, girls, you got the bag and everyone is happy!

Firstly because these are two of the funniest and most relevant female comedians out there right now. Picking up from their hilarious 2 Dope Queens podcast, Williams and Robinson deliver a solid comic set that tackles various topical social topics without raising the room's temperature. In this series, they really did kick things off sifting through a list of white people who should legit apologise, starting with the barman who says "I like chocolate" with that look on his face. 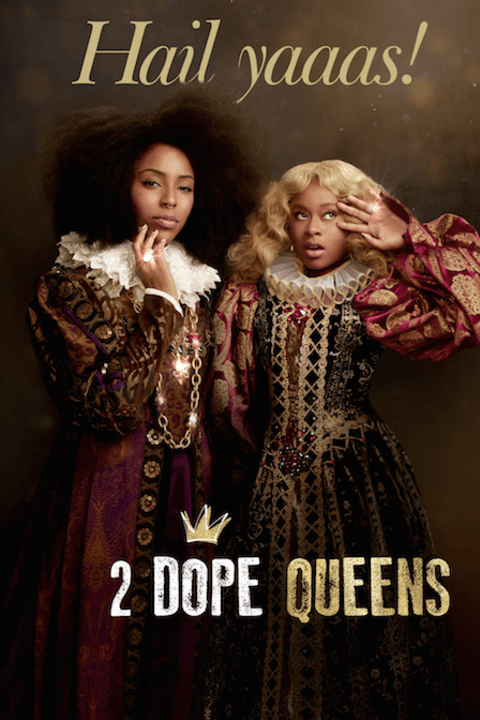 At the heart of it, this really is an awesome conversation between sisters using their hilarious storytelling to keep the crowd on the edge of their seats. In between, other comedians take on the mic and keep you in stitches.

In a similar fashion, you will probably really enjoy 2 Dope Queens over a drink with friends as the 'OMG, that's totally true' moments are enough to open the platform for some fun talk between friends. It's a hit!

Video
It wasn't your story to tell! – Lingashoni
A mess! Now that Mandla knows everything about Seipati and Bukhosi, the truth starts to be clear to Seipati that Puleng has been playing her all along and even made sure that Mandla catches her red-handed while she asked her to keep her mouth shut. The confrontation didn't just end there, it went all the way physical.
Video
Zolani, the knight and shining armour
It's getting messy when Zolani starts to dismiss Emma on the phone and doesn't explain why he hasn't been taking her calls and it gets worse when he unknowingly meets the Hlophe daughter and plays her hero by getting her to a safe place but continues to flirt and even gets her number at the end.
Video
Puleng spills the tea on Brenda – Lingashoni
Poppy visits Puleng at home to build a relationship, but Puleng is not impressed. She starts telling Poppy of the atrocities done to her by their mum, from sleeping with her boyfriend and pimping her out to support her drinking problem. Puleng wants nothing to do with Poppy and her mum and proves that by chasing Poppy out of her house.
Video
It gets worse for Lindiwe while Dimpho starts a new life!
Things between Lindiwe and Zweli are going from bad to worse. Mnqobi being out of the picture didn't make it better because now Zweli's mother is visiting and didn't bring any healing powers instead she's all for divorce. Over at the Mokoenas, Dimpho has found love and everyone is shocked at how quick she's falling. Tune in this week to see how it all pans out!