2 Dope Queens: Jessica and Phoebe on their 'instant chemistry'

The chemistry between Jessica Williams and Phoebe Robinson is so beautiful, effortless and contagious that it's easy for one to assume the girls have known each other their whole lives.  Besides, it also just makes sense.

The comedians, whose '2 Dope Girls' podcast was plugged as the 'gold standard for comedy podcasting' by TIME Magazine, have a synergy that elevates the authenticity of their hilarious storytelling, so much so that listening to them is like listening to sisters being themselves. 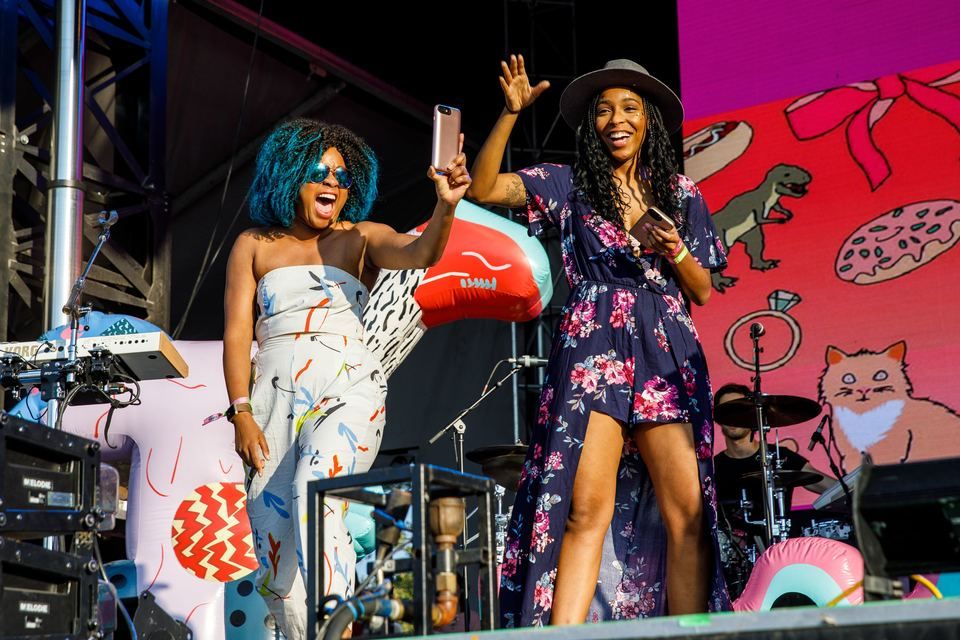 Though while it's quite obvious that they are comfortable with each other, Jessica and Phoebe met not that long ago!

Talking to the CBS This Morning team ahead of their four-part TV show special, which premiered last week here on 1Magic, the fierce haired Dope Queens revealed that they actually became acquainted just days before they decided to launch their iTunes chart-topping podcast.

"I was doing background on a daily show pitch that she was doing about black women's hair in the military", said Phoebe on her first encounter with Jessica.

"And we just, like hit it off." It is also here that she would ask Jessica to help her with a stand-up show she was doing in Manhattan at the time.

"It was like a Tinder date", joked Jessica. "We really just clicked."

We are glad the whole Tinder match thing happened because wow!

Video
One man's maid is another man's queen – Lingashoni
Fresh off a weekend getaway in and feeling all loved up Seipati begins to worry about her situation back home and how she will go about fixing the mess. Gagashe quickly corrects her to not call what they are building a mess. Later on a disgruntled Mandla comes into Seipati’s room demanding that she must not forget her chores etc. Seipati reminds him that he has a wife for that and she does not have a ring so she cannot be expected to act like a wife when he has not made her one.
News
Mzansi Magic’s The Queen and 1Magic’s Lingashoni finale seasons
It's the end of an era for Mzansi's The Queen and 1Magic's Lingashoni. The final seasons for both shows end in 2023.
Video
Papi and Mandla’s showdown – Lingashoni
Mandla clearly thinks he’s more powerful than Papi. He wants to show him that he can take him out in an instant! Should Papi be scared?
Video
Would You Marry A Slay Queen? – Cheeky Palate
Phat Joe’s panel of esteemed guests air their take on slay queens and whether transactional relationships can lead to lasting relationships.