News
31 August 2022
There were thousands of outfits, strings of beads, and nearly 500 hairstyles and wigs created for cast and the extras.

The life story of King Shaka has enthralled people the world over with South Africa no exception. This time, history is not told from a foreign lens, but rather an African lens. It is a pre-colonial narrative, something audiences are hungry for.

Ahead of Mzansi Magic’s Shaka ilembe airing in 2023, we’ve gathered some scintillating essentials about the set from a media tour that occurred in August. And it will leave you in awe. Trust us.

The late Zulu monarch, King Zwelithini kaBhekuzulu mandated that Inyosi Mdletshe (the royal Praise Singer) visit the sets that were built. Mdletshe, together with the producers, paid respect to the ancestors and asked them to bless the production.

There are real Nguni cattle on set.  🐂 And from the beginning of shooting till August, there were eight calves born. These are truly Shaka’s calves in that sense. 😃 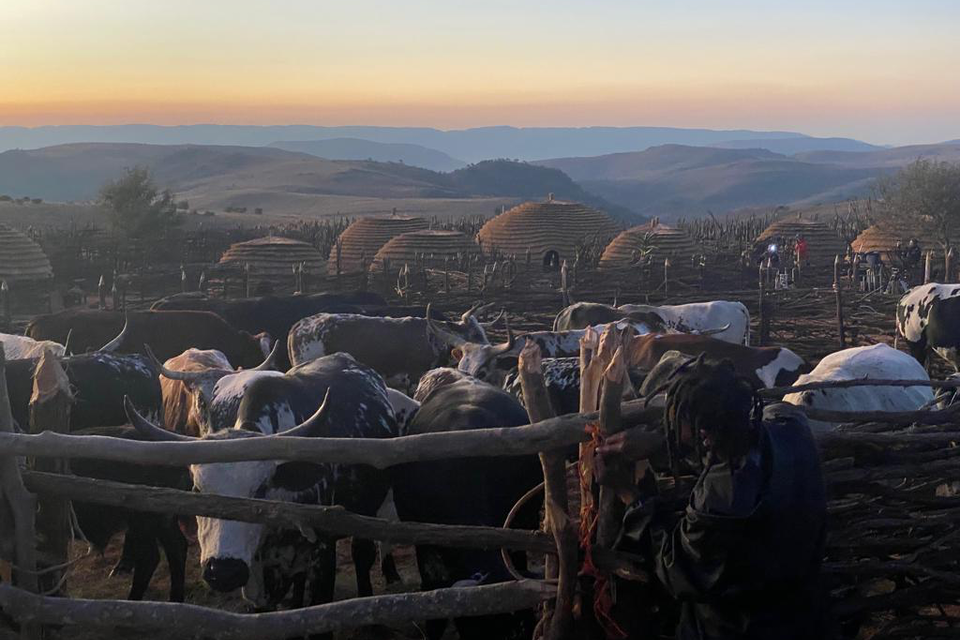 The wardrobe and make-up departments are on point. Why, you may wonder? They spent 12 months researching and learning about pre-colonial fashion, beauty, and hair. They travelled all the way up to the Himba in Namibia to learn how they work leather. Over 2 000 outfits were made for the production, 8 000 strings of beads and over 420 hairstyles and wigs created for cast and extras. On set they covered up all modern body additions such as tattoos and ear piercings because well, those things were not around during Shaka’s era. 🙆 This lends immense authenticity to what audiences will see on screen. 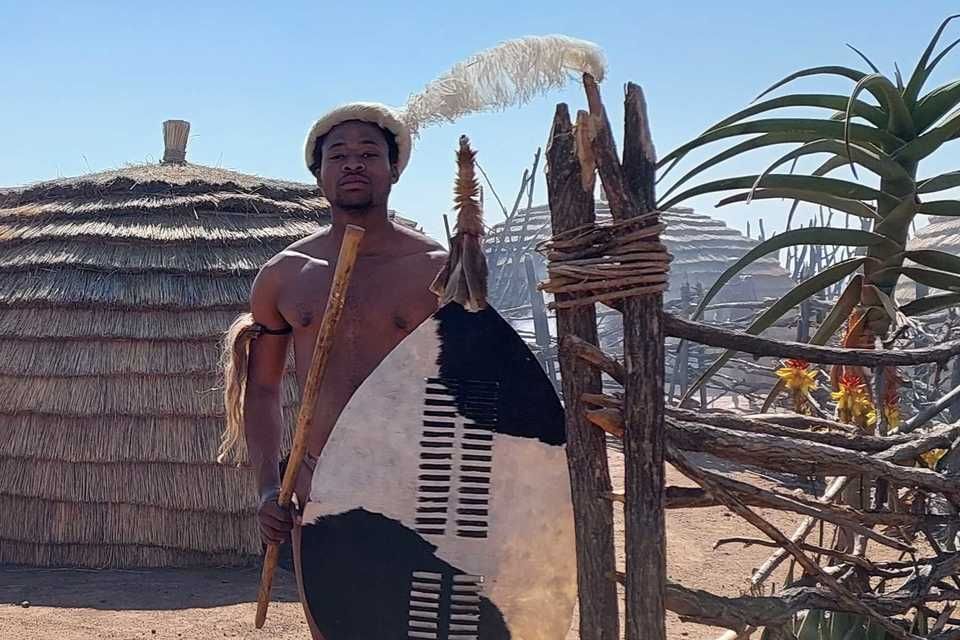 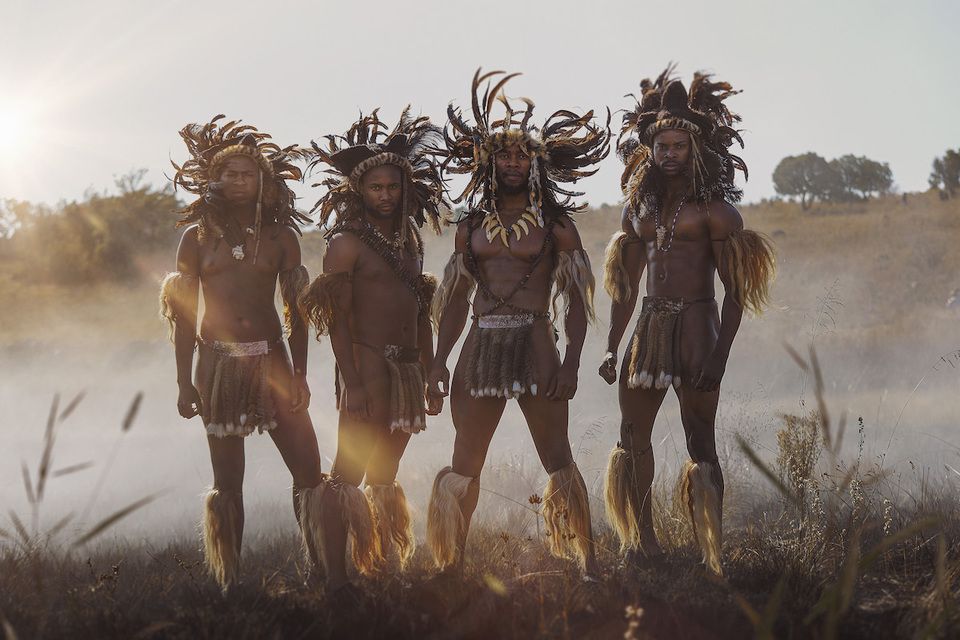 Shaka ilembe was filmed in KwaZulu Natal and Gauteng. According to crew, the sets in Johannesburg  took over nine months to build. That is longer than the duration of a pregnancy! 😲 There were 750 000 bundles of grass used for thatching and more than 50km of reed grass hand plaited the old fashioned way into rope. 👏

Speaking of authenticity, tremendous attention is also paid to the vegetation and animals on set. These need to be matched to the historical period and what was roaming the hills and valleys at that time. To this effect, CGI is being used to make it more legitimate. 🍀🐆

“The Zulus, before King Shaka were a small paramountcy of less than 2 000 people, but he built them into a huge nation that today is over 10 million people,” says one of the Shaka ilembe producers Bongumusa Zungu. 👊

The producers used a variety of sources to research the history, and great effort is made to tell a credible story with a sprinkle of creative license. Consultations not only occurred with the royal family, the former and current Zulu King, but also using Izibongo and meetings with the family descendants gathering their oral history. There is also a team of historians on board with a dedicated cultural adviser, Nhlanhla Mtaka, who is also the co-executive producer.  👌 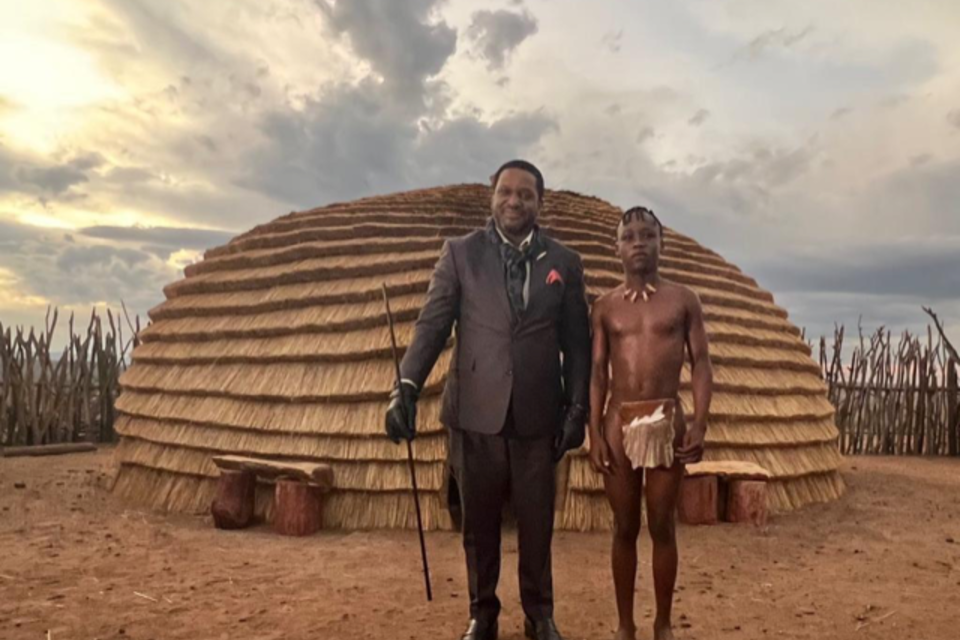 This is an epic story of the making of a great African king, and the men and women who helped create a nation. And it is coming to Mzansi Magic next year.