When enough is enough – Seng'khathele

Breaking up is never easy, but a platform like Seng'khathele helps people say goodbye to relationships that no longer serve them.

Mzansi Wethu's Seng'khathele is back for Season 2 and it’s more relevant than ever.

It may be juicy content but these are real people, with real issues.

Some like Sibongile have succumbed to abuse in their relationships, and the show took these allegations seriously.

Sibongile is a lady who hasn't been quite lucky in love. The amount of suitors have never been a problem, but they have been possessive and abusive. Her current boyfriend, Simphiwe couldn’t stand to see her move on with her life, so he openly stalked and assaulted her. Apart from the emotional scars, Sibongile lost a tooth as a result of this physical abuse. In the clip below, she talks about how her relationship with Simphiwe, her ex-fiancé and a potential love interest spiralled out of control.

The moment of truth

Sibongile was finally able to face Simphiwe in a gut retrenching moment but it didn't take long for Simphiwe to intimidate her. With phrases such as 'If you didn't push me to hit you, I wouldn't." He didn't seem to have any remorse. She eventually found the courage to break up with him but he refused to acknowledge the break up. Simphiwe insisted that it was only the beginning. He boldly said that he won't let her be in a relationship with anyone other than him.

When presenter Lerato Mvelase realised that Sibongile needed some assistance - she stepped in. She had some serious questions for Simphiwe 'What gave you the right to hit her?'  When Simphiwe further claimed that he wouldn’t her move on, Lerato interrogated his response. She also followed up with strict instructions, 'Don't text her, don't call her. don't stalk her - it's over.' 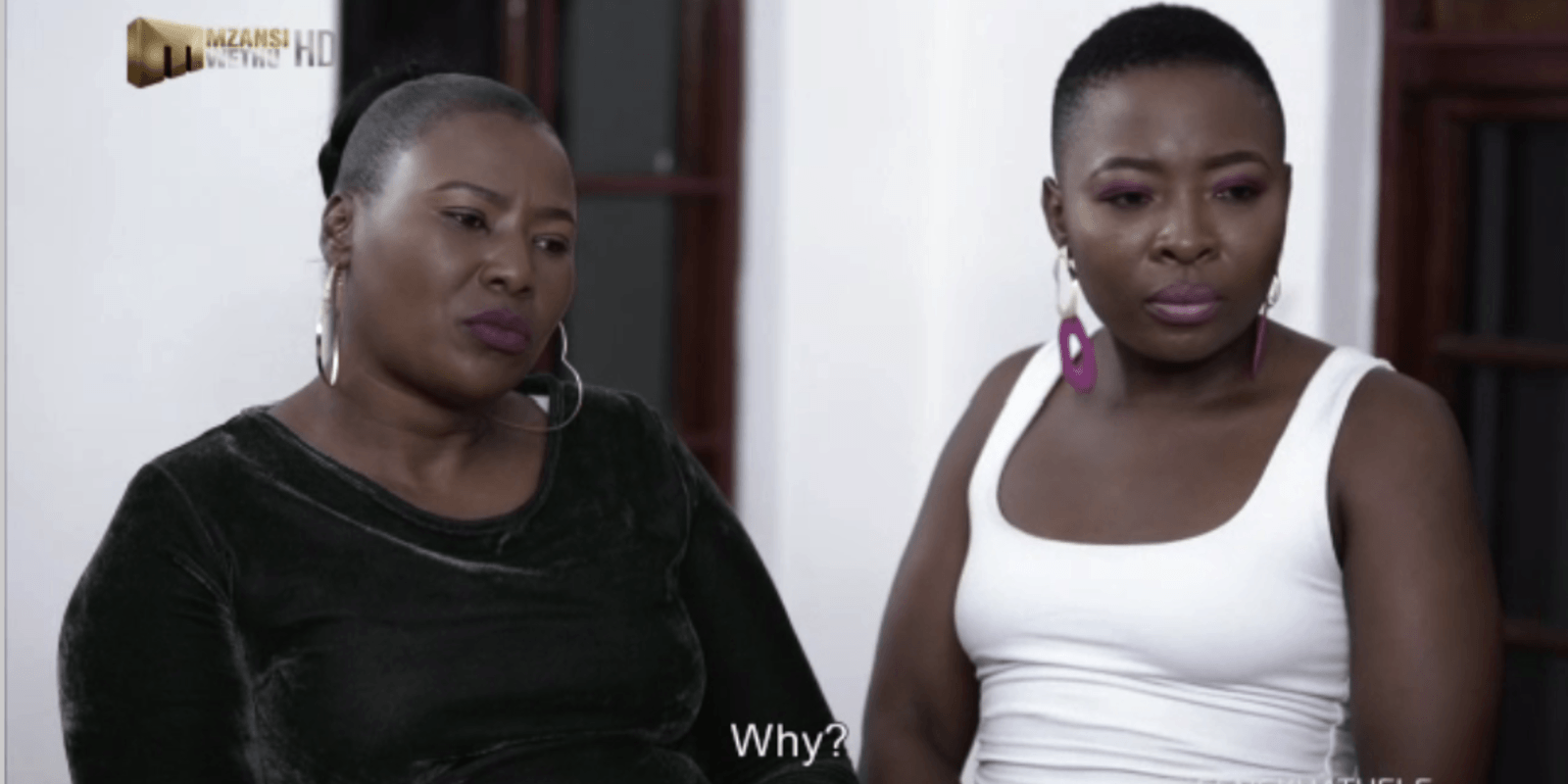 In South Africa,  Intimate partner violence (IPV) is a silent public health epidemic and we felt this episode was so relevant right now. Whether abusers themselves held a mirror against their own actions or women realised they should not tolerate abuse – it was an amazing moment to see two women stand up against violence against women. Twitter wasn't impressed with Simphiwe at all, but they praised Lerato for her intervention and drove conversations around the abuse.

She has such a strong character 😍😍 OUR HOST #SengKhathele pic.twitter.com/c8hW0c6k17

This man is embarrassing us as Men. You never beat a woman!!!#SengKhathele pic.twitter.com/E9SaatayI0

#SengKhathele sis Lerato thank you for intervention. Well done. Younare brave. I hope this guy finds help and lo sis manages to stand up too. pic.twitter.com/x8D9PLrrfh

I'm really happy Lerato helped her stand up to that guy! #SengKhathele pic.twitter.com/MebpsYq8po

Sadly we have so many "sibongile's" out there and most are tweeting on this hashtag 💔💔💔💔 #SengKhathele pic.twitter.com/ahyx4U6Uvj

“Please stop calling, harassing, stalking, looking at etc...” like they had to make a list for guy because they can’t have him come back and say he “didn’t know” #sengkhathele

This his an total abuser then he has the nerve to refuse the Break-Up 🙄😳😳#SengKhathele #sengikhathele pic.twitter.com/h3GyIrT0xL

Catch Seng'khathele Fridays at 21:30 on Mzansi Magic, and Saturday at 19:00 on Mzansi Wethu, also available on DStv Catch Up.