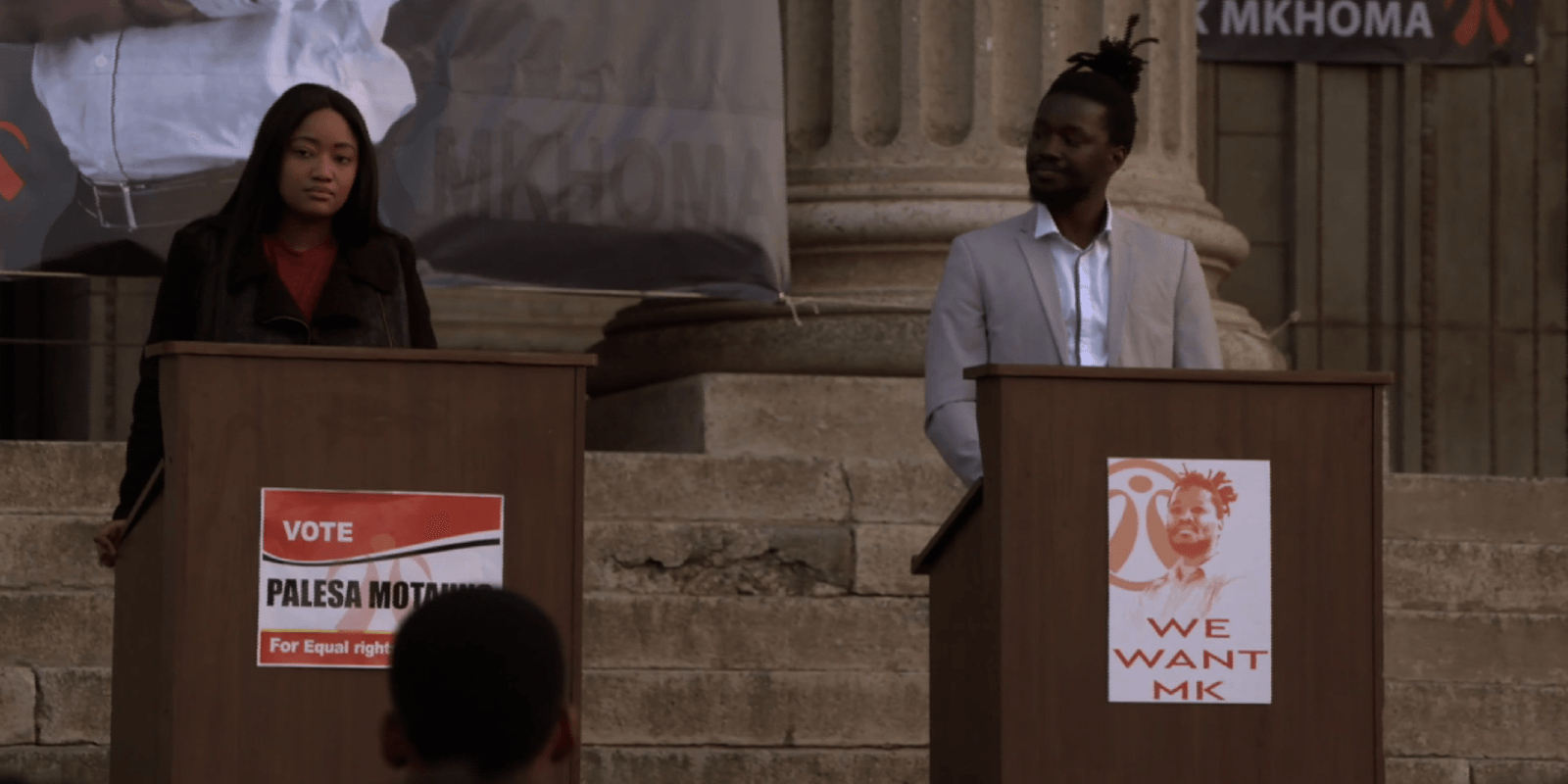 Palesa Motaung, a law student and activist for women’s rights has decided to join the most controversial race. It’s not the first time Palesa has been in the spotlight. Miss Motaung played a crucial part in Lucky Dumisa’s arrest, a social media celebrity who used a date rape drug on a JU student working at a night club.

Palesa also passionately lead the #JusticeForAnathi movement, after a female student was raped on campus by two male JU students. She held a peaceful protest, pushing the SRC to provide better security on campus for female students.

Her mantra ‘For equal rights for women’ is a lifestyle that she has embodied in the past and has continued to push. She has already managed to get funds behind the extra security cameras, and she hopes to make a real difference for female students.

" Female students can only go to  the library at night, in groups, or they don't go at all. Male students, don't have to worry about it. That's not fair or equal."  - Palesa

Palesa and MK have already taken the podium, and in a luminous speech, she asked some daring questions.“ My question here is, what’s really important? Kicking around a ball or is it the safety of women in campus? “  This after, the Vice Chancellor had disclosed the budget had been evaporated by the JU soccer team.

Her opponent (MK) is no stranger to the political field, having held the presidency before. MK also works in the mayors office, which has led to speculation that the mayor is in his pockets. He might be a threat to Miss Motaung, simply because he's not a new face to the student revolution.

We are rallying behind Palesa all the way, as we are certain she will fight for real change! Who are you rooting for? Listen out for the campaign debates on JUS FM. Join in the conversations using the #IsithembisoMzansi hashtag, 7:30 pm every weekday.

Isithembiso is so relevant right now

Video
Palesa's past haunts her – Isithembiso
The SRC president has a skeletons in her closet which come out to play.
Video
Palesa's guilty conscious – Isithembiso
Palesa talks to Karlujah about her discovery, meanwhile Cheez get's to the bottom of her secret.
Gallery
The Palesa and Cheez saga – Isithembiso Gallery
Palesa's happiness is short lived, as Cheez blackmails her into marrying him, causing Karlujah to pull a gun on Cheez.
News
Sex in exchange for good grades – Isithembiso
Professor Jele takes advantages of his authority.