Scores of hopefuls queued from the early hours of the morning to secure their spot in the competition with hopes of getting a Golden Ticket. We got a chance to connect with some of them. Get acquainted with some of these Cape Town hopefuls below. 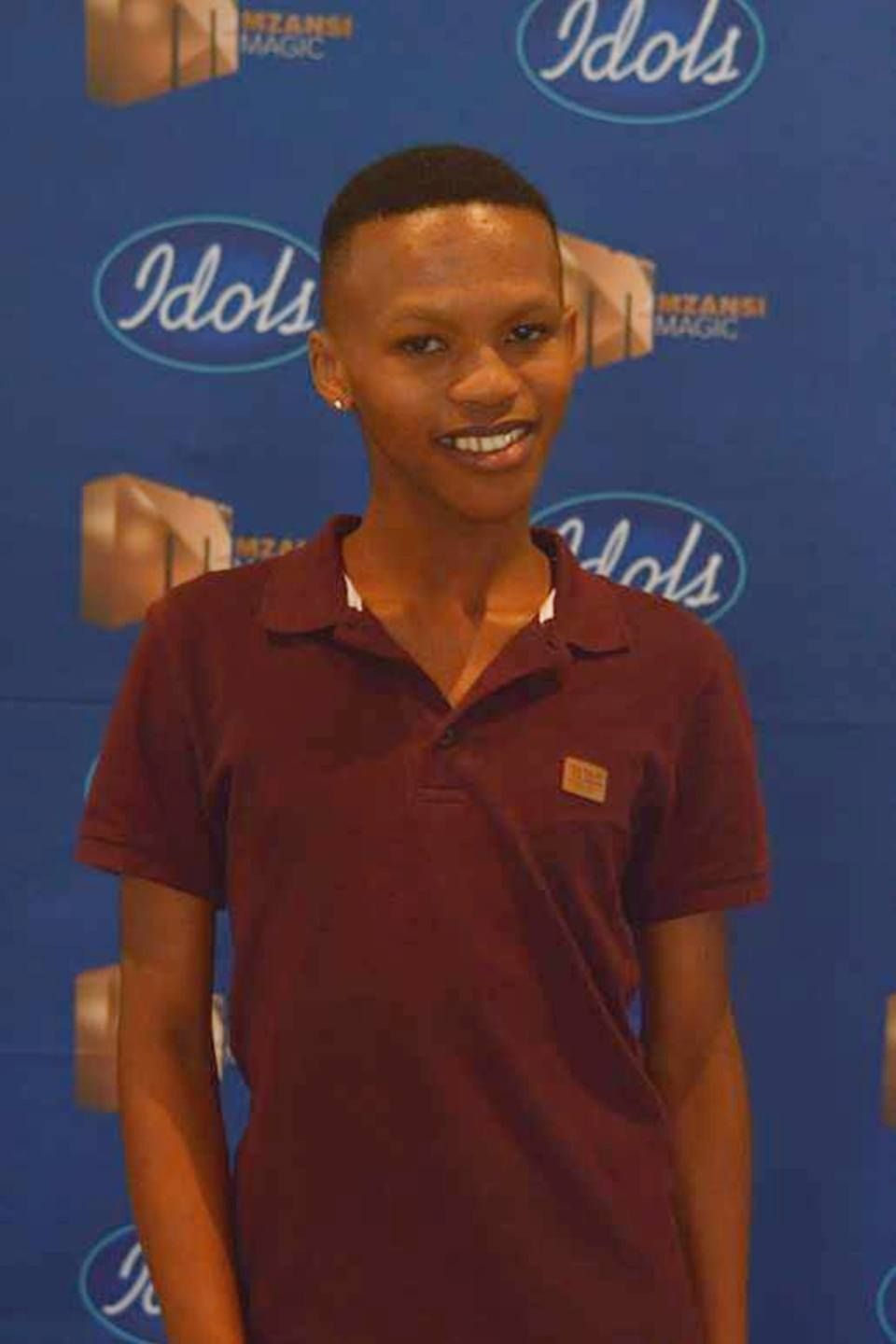 First in-line was Somile April. He is 22-years-old and a local. It's the first time he is auditioning. He is studying music production and will be auditioning with, 'Woza' by Jaziel Brothers. He also shared with us what a huge inspiration music is for him. 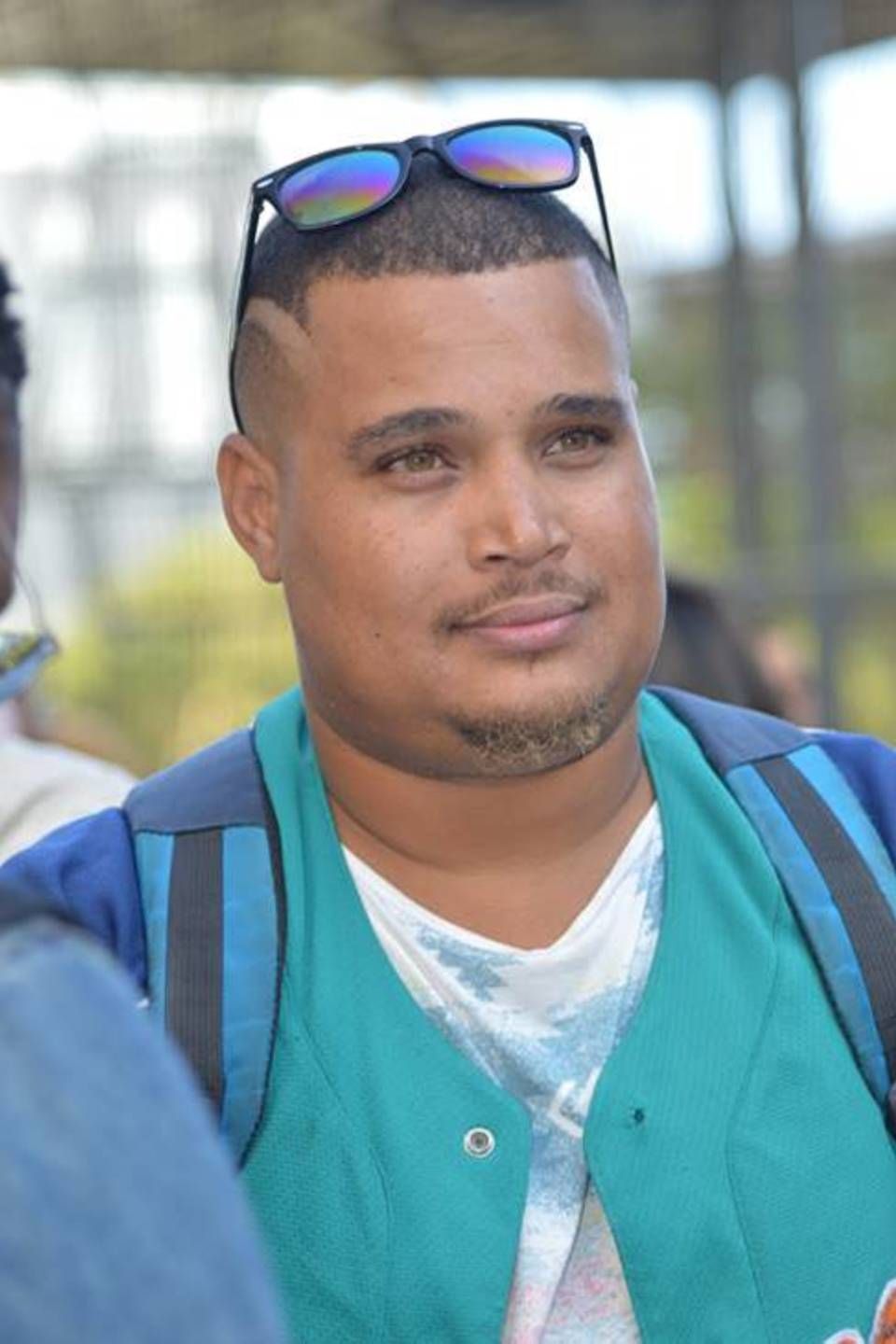 The vibey, Morgan Fortune (29) hails from Mitchell’s Plein. Being almost 30, he shared how he's eager to make his last chance count. The young business man has had plenty of test runs singing at weddings and other social gatherings. “I am the only child to my mother. I get all the attention at home” He said. He lives by the motto, “Just do it!” This has always inspired him to reach for greater heights and achieve whatever he sets his sights on. As for what you can expect from his audition, he sums up his personality as "cray-cray". 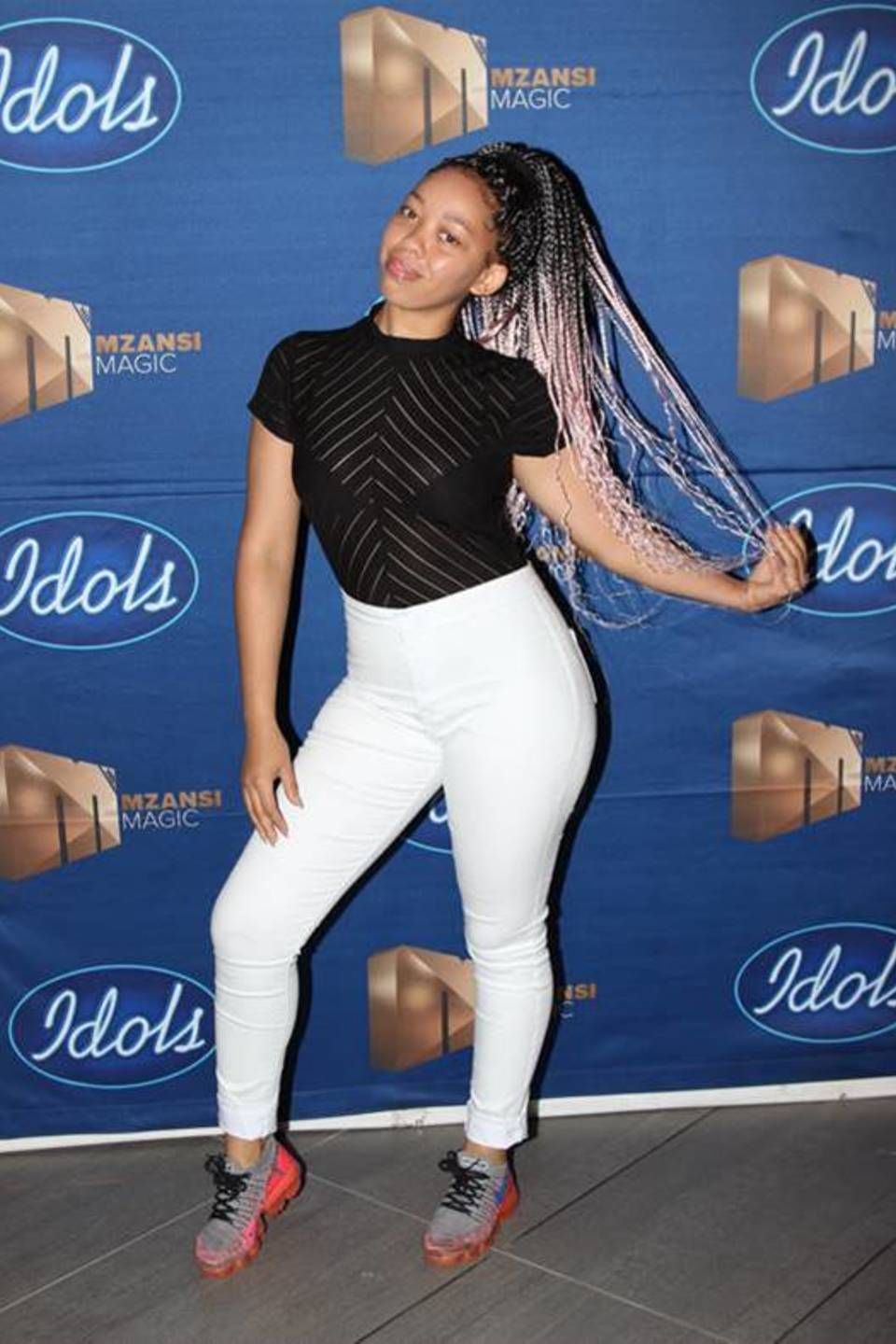 Mishaae van Rooyen is a bubbly 19-year-old auditioning for the first time. For her Idols debut she's chosen to take on, 'Freedom' by Beyoncé. “I was in the choir, did a bit of modelling and studied Business Practice for a year in college." She was accompanied by her mother, her number one fan who was excited for her and was cheering her on. 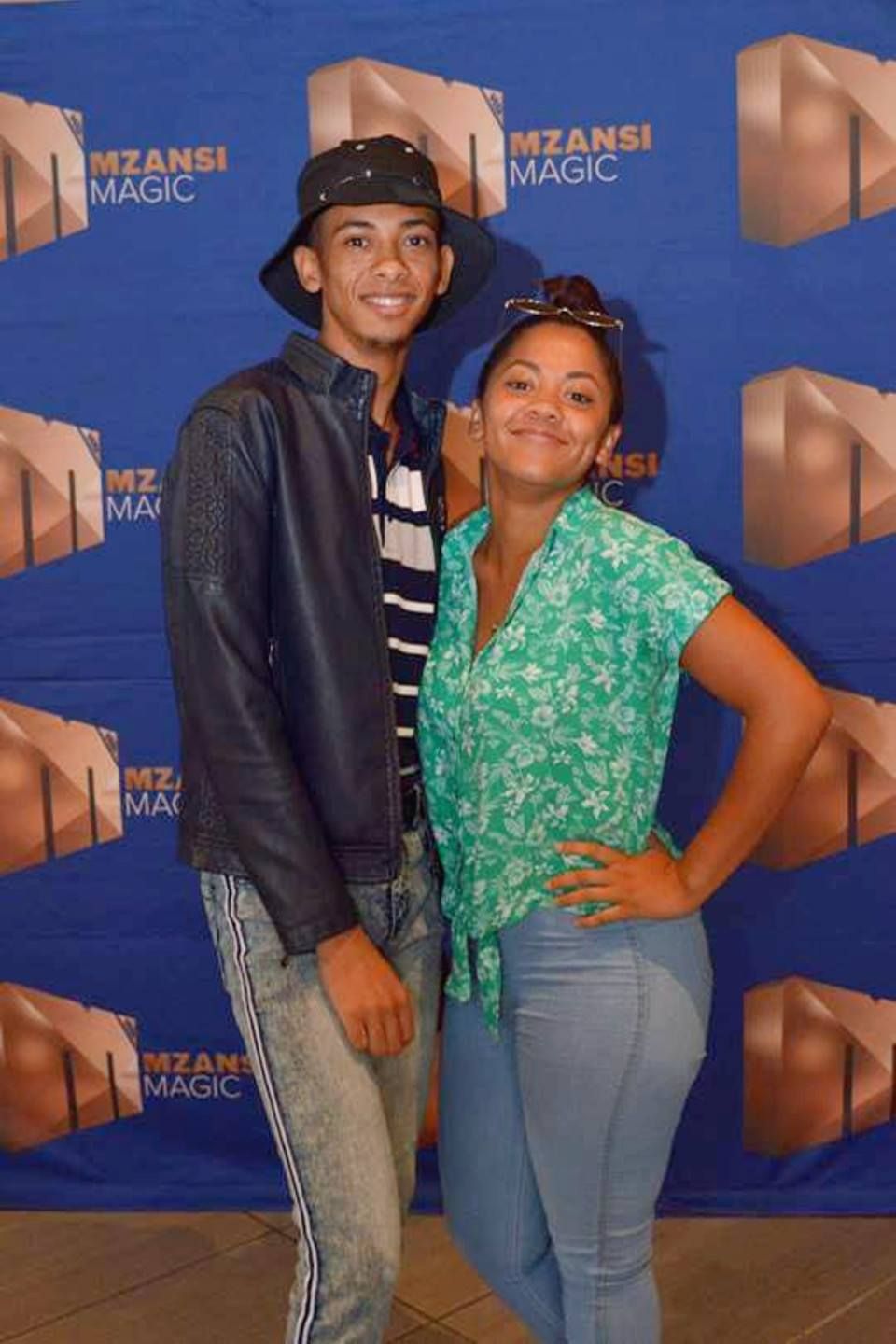 Lechee Terblanche is currently doing her second year in Nursing at The University of the Western Cape. The 20-year-old confesses that she was too scared to enter Idols before but her friend, Josua inspired her to come and flaunt her gift. “I believe that I'm ready and I've gained so much confidence to do this now”, says Lechee. Her friend Josua Nair is also auditioning for the first time. The praise and worship leader is also a fellow student at UWC majoring in Theology. When quizzed about what he's bringing to the table, Josua described himself as, "confident, charismatic and energetic". He also added; “My mother inspired me as an artist and classics like, 'In the Eyes of the Sparrow' have always been sung in our home.” Lasly, he shared how he envisions a society where equality is the norm and not something society has to fight for. 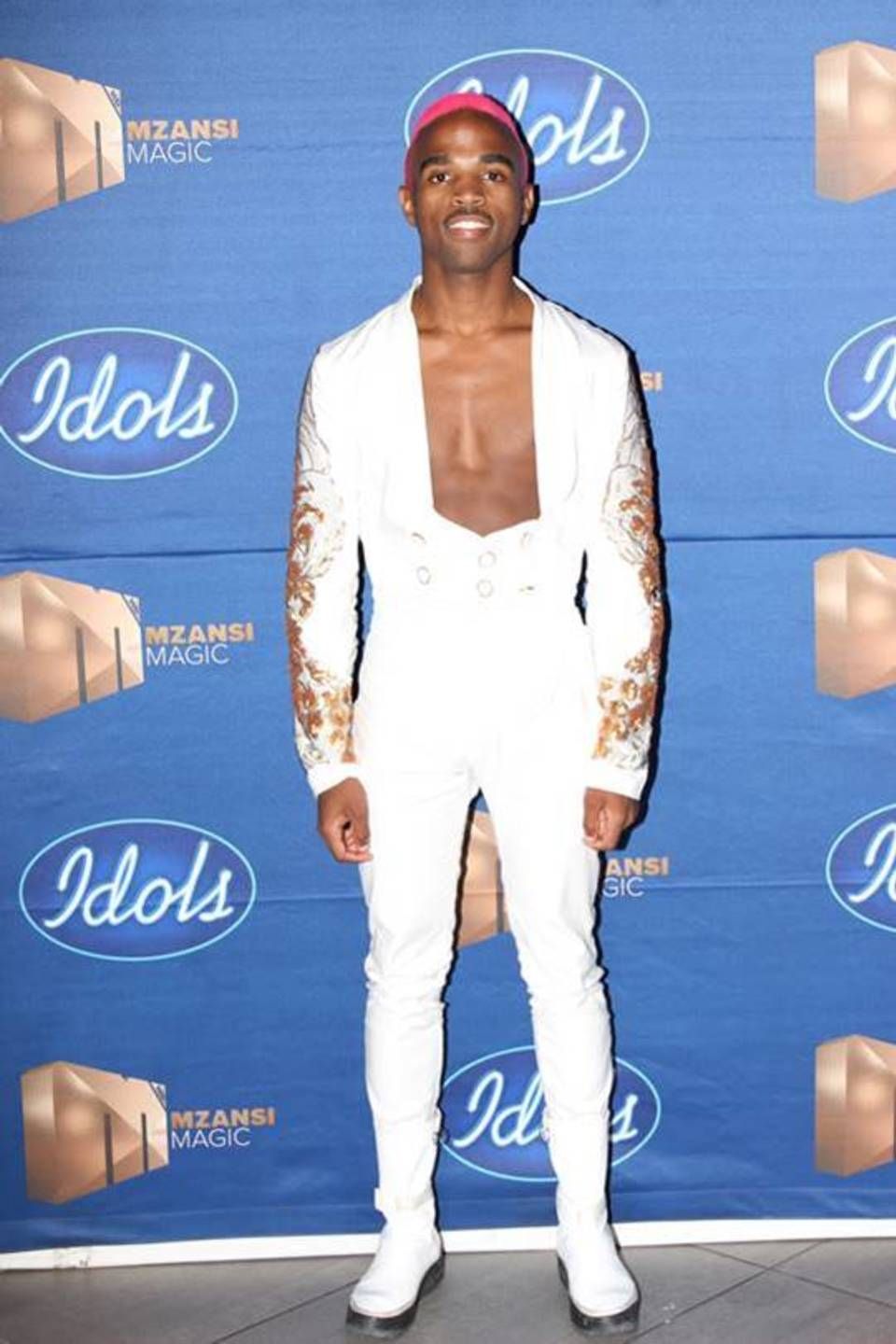 Thobey Qambela's confidence made quite an impression on us! This vibrant 24-year-old has auditioned in the past but he's hoping it's "third time lucky" this time around. He'll be auditioning with, 'Baninzi' by The Soil and adds, “I dance and I made what I’m wearing today. I’m glued to the arts and want to make it through to the next round." What a testament to taking your passion and making a career out of it! 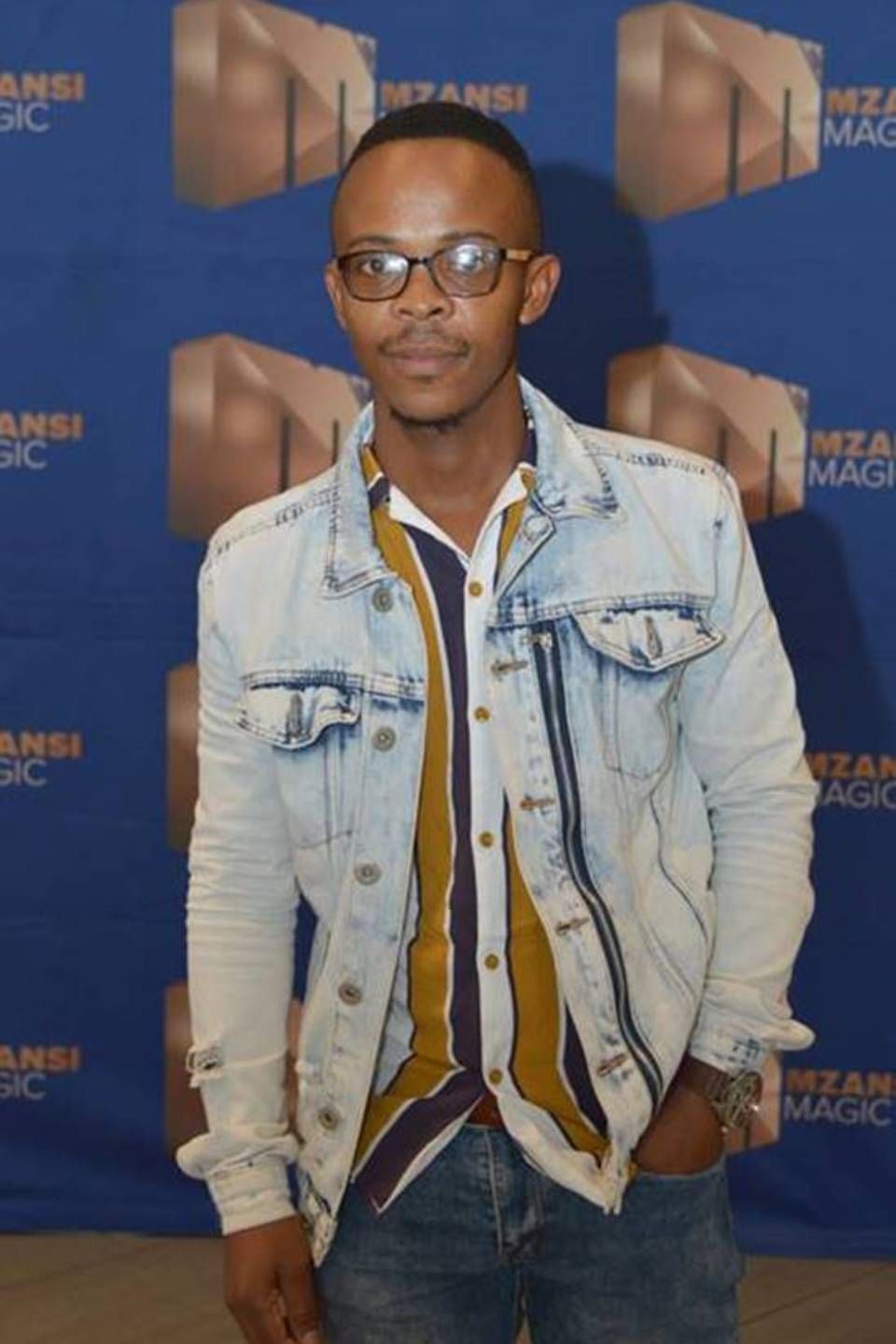 Masomelele Peters travelled all the way from Uitenhage to Cape Town by bus to try his hand at superstardom. It’s his first time ever auditioning and the 27-year-old music director will have twice the reason to celebrate if he gets a Golden Ticket because he just got engaged! Masomelele works as an operator and currently sings in a band. “I feel like it’s my time now, I have to showcase my talent to the world”. 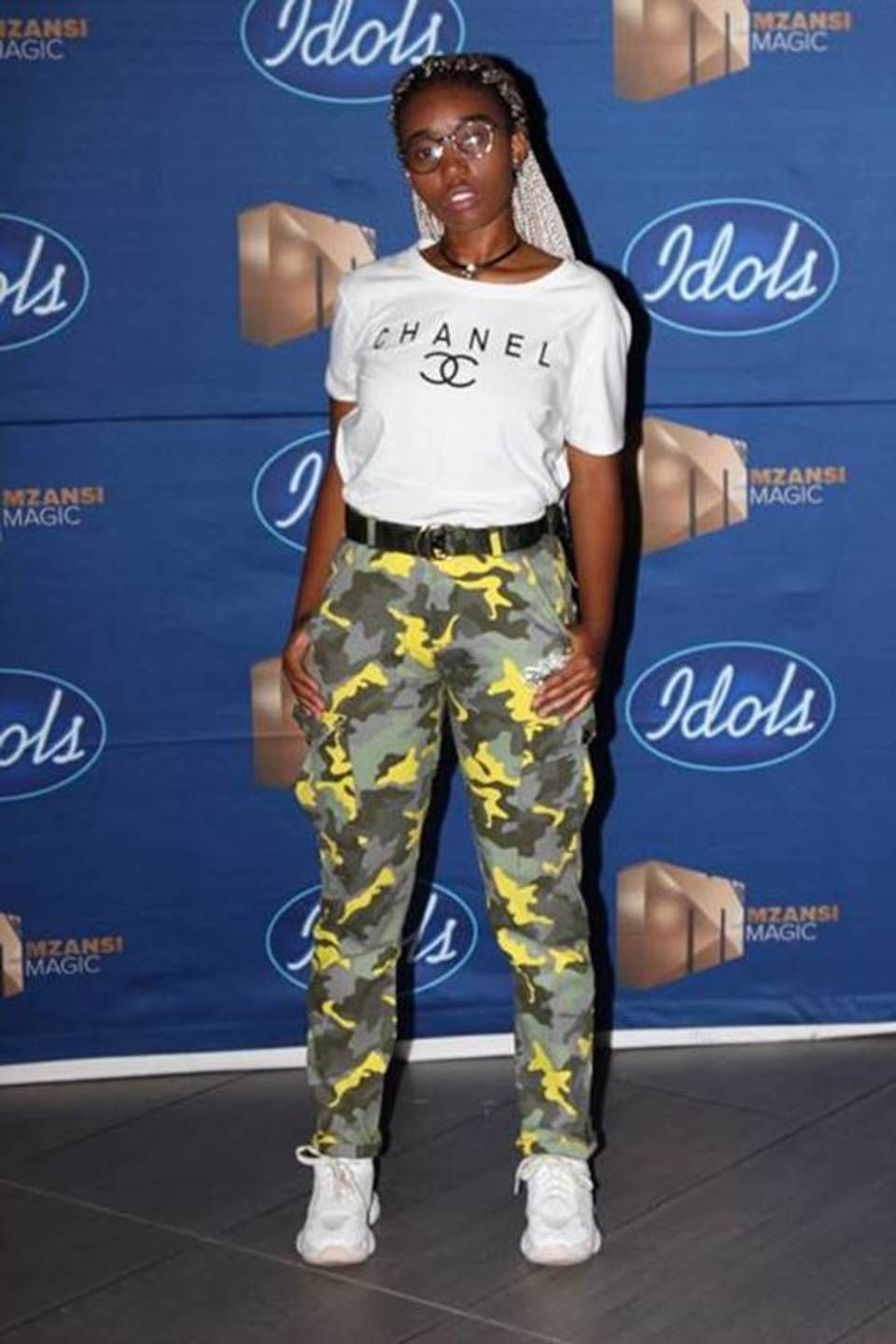 Linda Phokwane is from Cape Town. She is 19 years old and auditioning for the first time. To make this shot count, she's picked a stand-out, Pop banger, 'Scars to Your Beautiful' by Alessia Cara. She also confided in us that draws inspiration from her love of fashion and music. 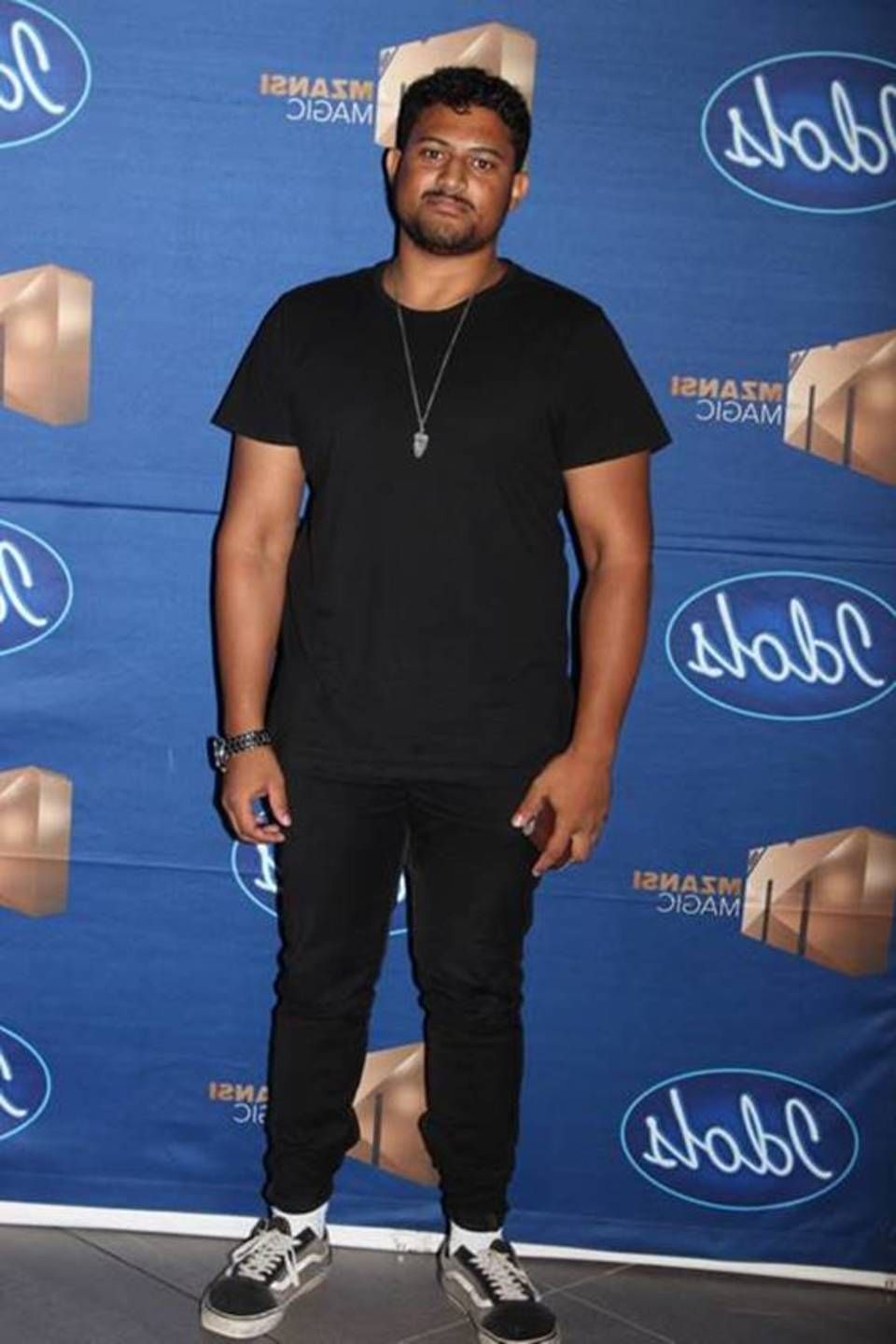 Richard Anthony, a 26-year-old student from Cape Town draws inspiration from his parents, who were freedom fighters. He is auditioning for the first time and will be performing 'Hallelujah' by Pentatonix. Something tells us this is going to be a rousing performance. 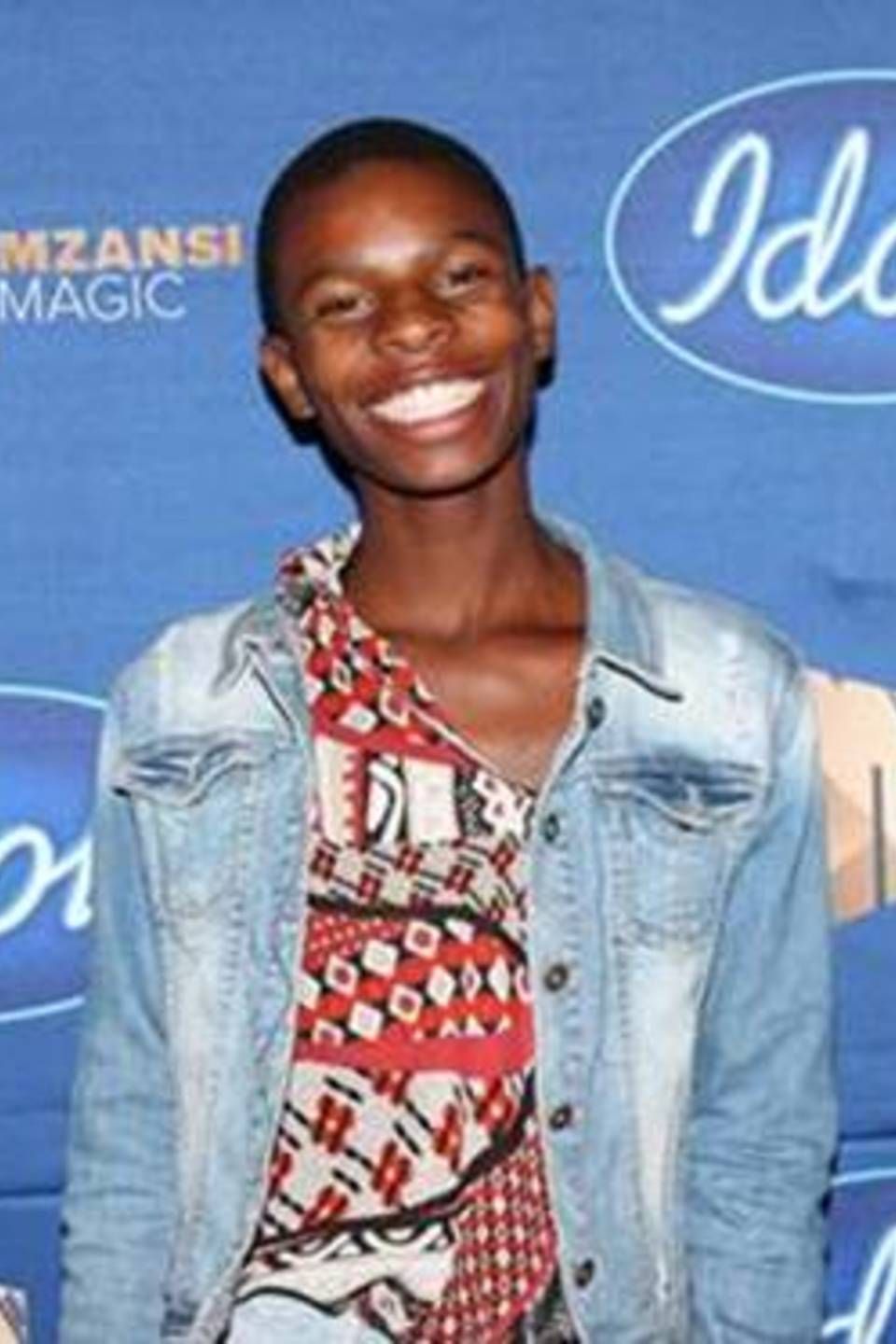 Bubbly, 17-year-old, Anele is a local in the Mother City. This is his second time auditioning and he'll be taking on, 'Vulindlela’, an iconic gem by SA's eternal, Afro-Pop Queen, Brenda Fassie. He's not walkiing away empty-handed this time around either; "I’m not only getting the Golden Ticket, but making it all the way to Top 16’’. Confidence. We love to see it! 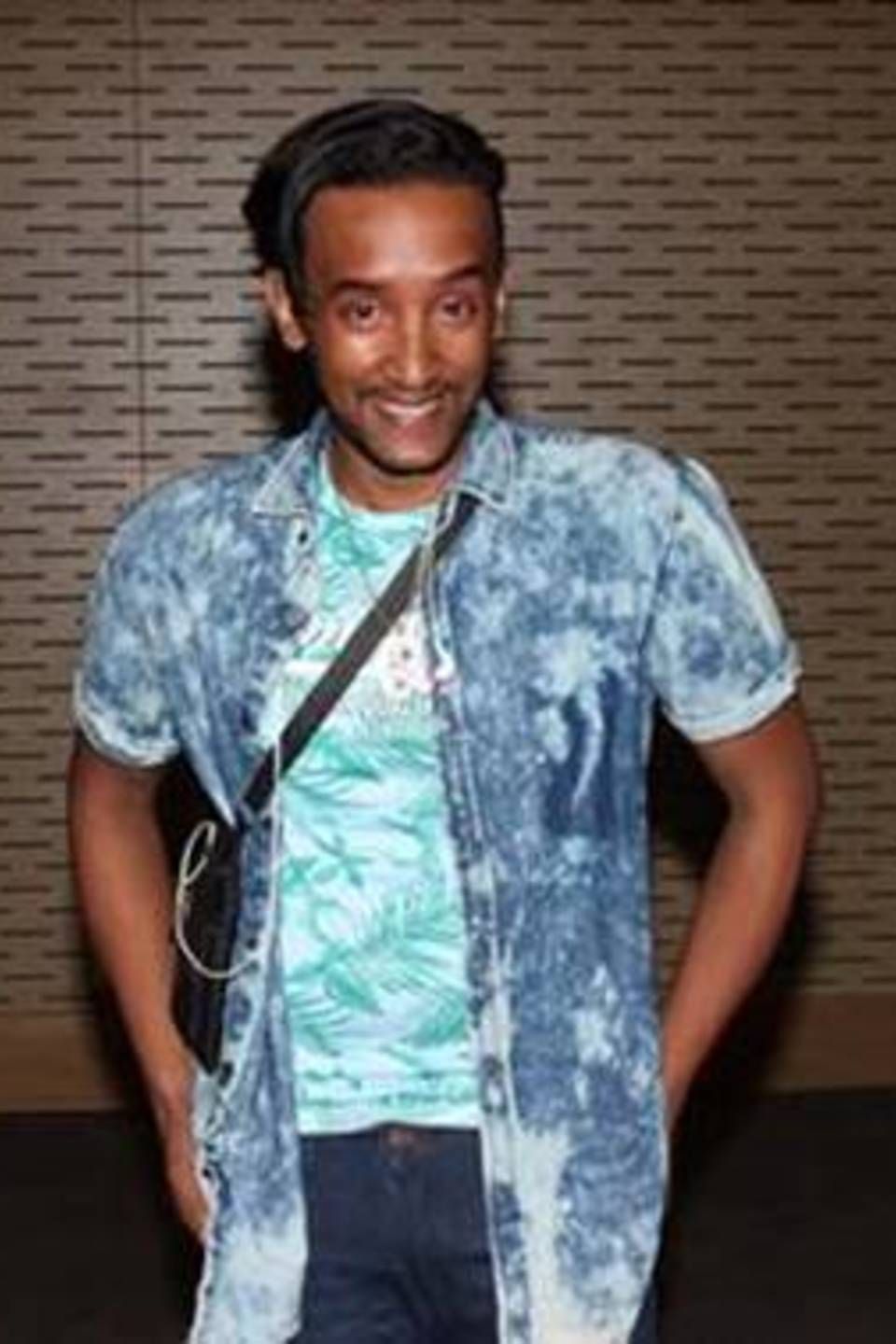 Remember Lance the goth whose haunting face make-up belied the fact he was an absolute sweetheart? I mean, he even got our Judges coffee! He'd go on to crack the Top 32 and now he's back for the second time. We weren't surprised to hear that, “singing... make-up and costumes" are his artistic outlets. He is from Darling, Cape Town and understandably excited to give Idols another go. After all, our panel insisted that he come back. 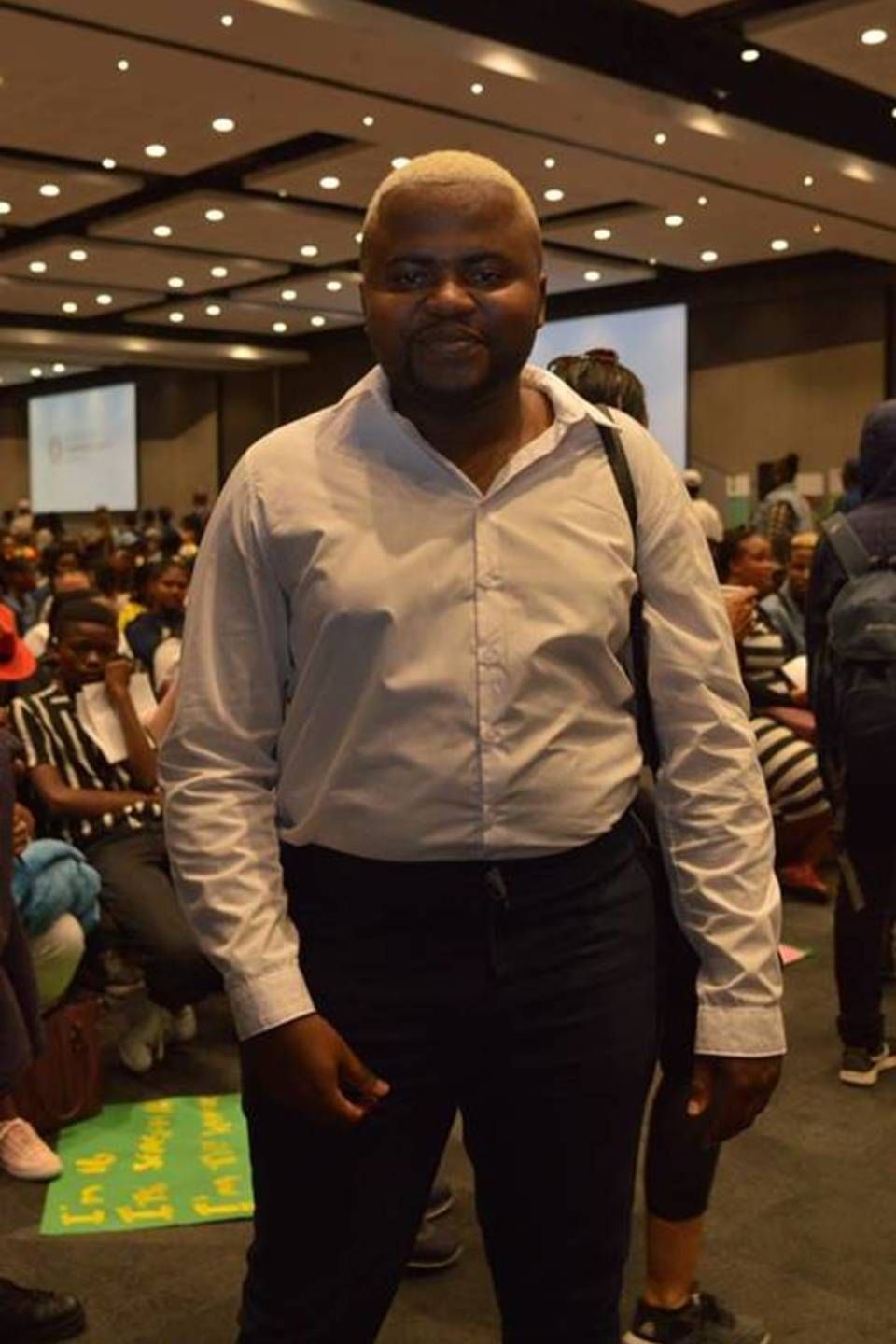 Sibongiseni Fulumaka is 23 and hails from East London. He's all set to audition with Hozier's soul-stirring ballad, 'Take Me to Church'. Though he's a Civil Engineering graduate he's made one thing crystal clear; “Singing is my first love!” 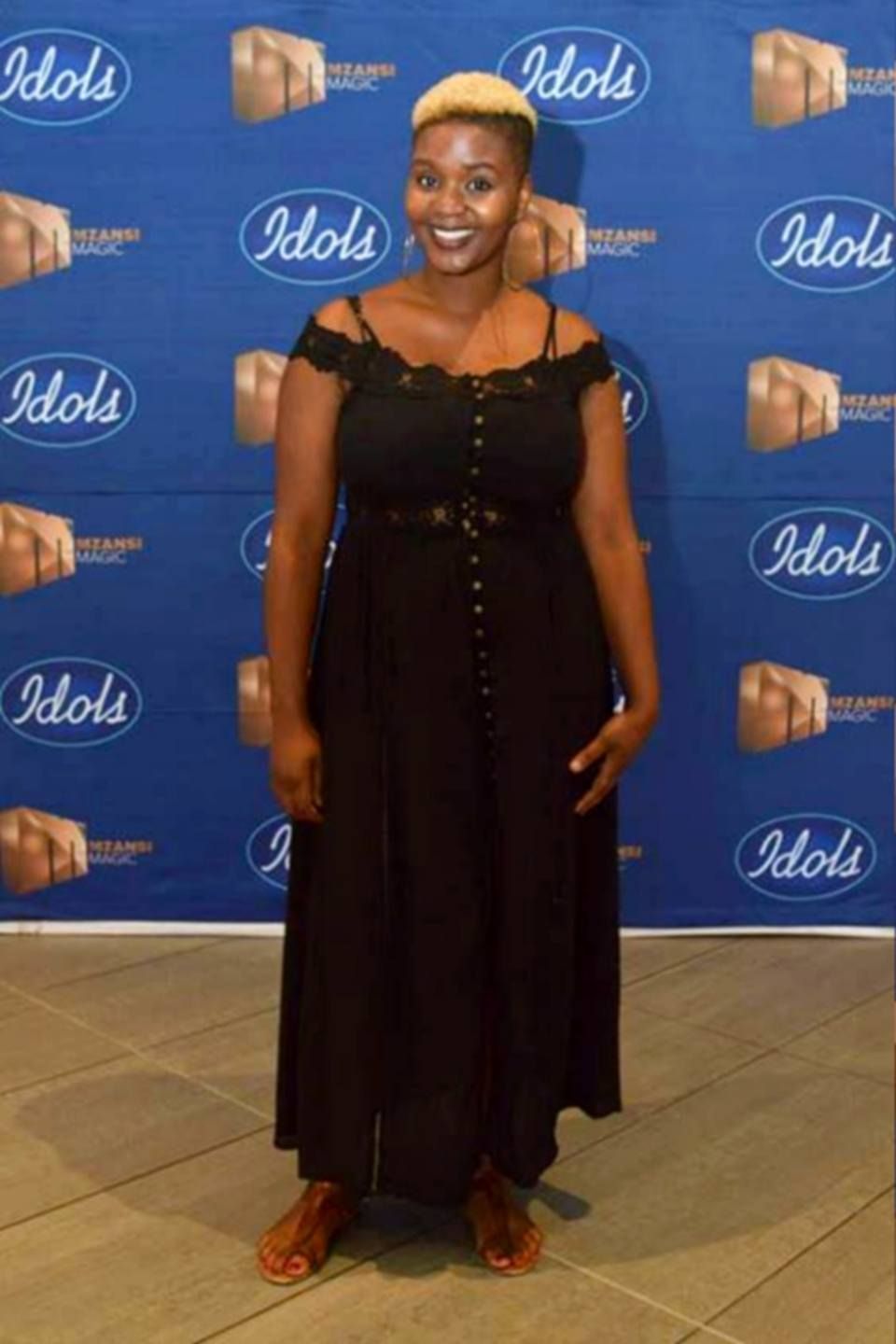 Sibongiseni Wani is back after making our Top 32 back in 2018 before struggling with her Solo in Theatre Week. This come-back kid hails from Eersterivier, Cape Town and for her fourth stab at Idols glory she's performing 'Power' by Amanda Black. She is defined by music and says “there’s nothing else I want to do; I breathe and eat it”. 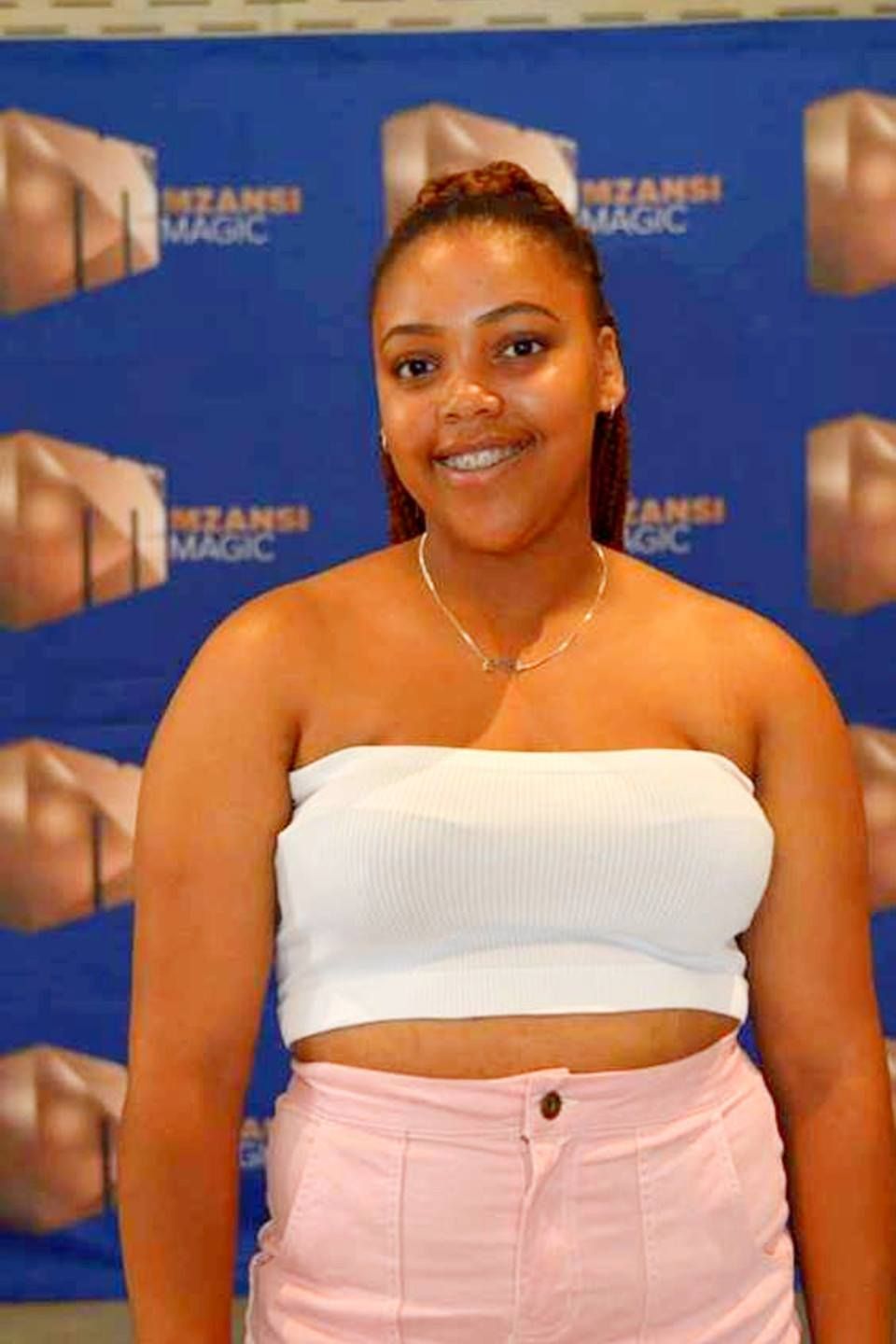 Erika Solomon is only 16-years-old and lives in Bothasig, Cape Town. She's picked, ‘Lay Me Down’ by Sam Smith to wow our panel today! “I’ve always wanted to sing, did a bit of vocal training and have performed at a school concert.”

Auditions for Idols SA Season 16 take place on SAT 1 FEB 2020 (Cape Town), SAT 15 FEB 2020 (Pretoria), SAT, 22 FEB 2020 (Durban) and  SAT 7 MAR 2020 (Johannesburg. Get exclusive updates on all the action right here on our site and don't forget to join the conversation by following us on Facebook, Twitter and Instagram

Video
Idols welcomes two idols – Idols SA
By now, EVERYBODY knows that Idols SA has two brand-new judges – Thembi Seete and JR will be joining Somizi at the table! In this exclusive, the three share their thoughts about joining the show, working with each other and their most memorable Idols SA moments. They also tall us what they're hoping for this season.
Video
Top 3: S'22kile – 'Woman' – Idols SA
S'22kile has x-factor so it's only fitting that she performed a song by a fellow artist with said x-factor – one of SA's favourite exports, Doja Cat! S'22 took on the rapper/singer's song 'Woman' and tackled the rap lyrics while killing the vocals!
News
Audition missteps and how to avoid them! – Idols SA
Over the years we've seen quite a few hopefuls miss out on a chance at stardom because of completely avoidable mishaps. We'd like to change that.
Video
Hair today, gone tomorrow! – Idols SA
Some celebrations don’t always go as planned on Idols SA, as Siwaphiwe finds out in this moment of unscripted embarrassment!