'This Is Me' : Full Album Review

News
28 June 2018
The premiere of Idols SA Season 14 on the 8th of July is fast approaching and that might have some of you wondering what last year’s winner, Paxton has been upto since becoming one of South Africa’s youngest millionaires.

After dominating the charts with 'Smother' for most of the year, it was time for our teen phenom to make good on her promise to the Pax Nation. Enter, ‘This Is Me’, a dynamic record which explores a broad gamut of genres and subtly pays homage to some of pop music’s most recognisable stars, particularly Rihanna and Britney Spears. From the smash, title track, ‘Angifuni’ to the sweet & mellow ‘Under My Skin’, here’s our official review of Paxton’s studio debut.

Best tracks: Kiss The Haze, Under My Skin, Angifuni, I Don’t Know You Like That (in that order)

Angifuni deserves its place as the first track on the record. This fun and fiesty Afro-Pop track is the perfect choice for a breakout single. It sees Paxton call out a possessive and insecure woman who needs to “put a leash on her man” instead of nagging her because frankly, she’s not interested. As soon as we heard that infectious baseline and spicy hook, “Angiyifuni indoda yakho!” we were sold. This track has all the makings of a club banging number one hit. No wonder it’s already getting airplay on the daily.

Beautiful percussion, lyricism and production on this one! This thumping House track got us on our feet immediately. We’re absolutely obsessed with the juxtaposition of the heavy drumming against Paxton’s smooth vocals and the equally delectable piano riff. Another standout.

Paxton’s vocals sound so sweet and vulnerable here as she croons about opening up & falling hard for an intoxicating love interest. The song gives us Unapologetic era Rihanna vibes and it wouldn’t sound out of place on even her best record. We've also got to make excplicit mention of the harmonies she served up on the bridge because they're heavenly.

Definitely our favourite track on the album! Kiss The Haze is a total wild card & proof that taking risks can pay off big time. This song is so fresh, bold and very unlike anything we’ve heard before or expected to hear from such a young artist. Calypso-esque, sexy and trippy is how we’d sum up this magical collab with Tresor. Definitely holding thumbs for this to be the next single because, WOW.

This took us back to the 90s in more ways than one. Paxton's over-the-phone chat with her girlfriend in the interlude is very Britney Spears circa 2000 but the record itself sounds like something Monica, Tamia or Brandy would’ve done in golden age of R&B. Another pleasant surprise. 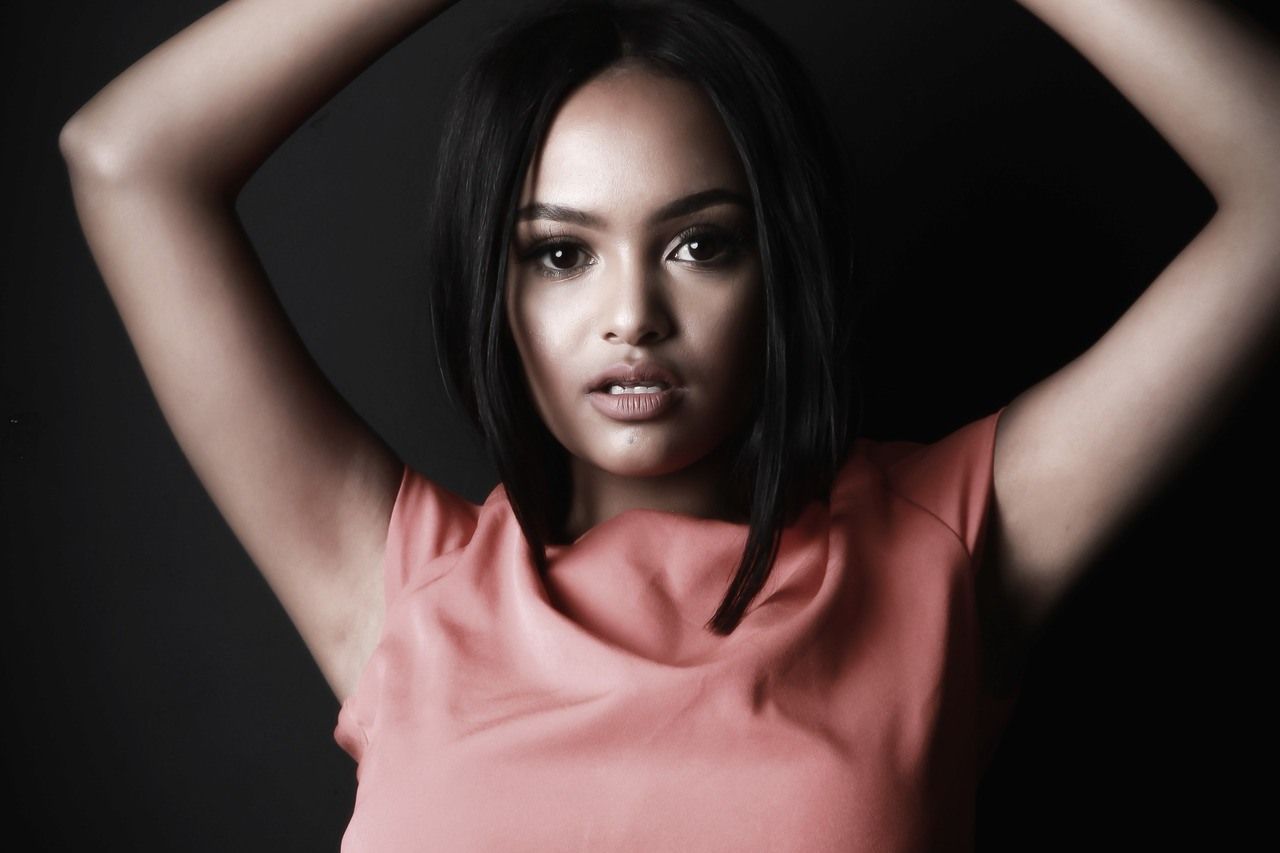 In another testament to her versatility Paxton gives us a hard-hitting Hip-Hop track complete with cheeky lyrics. We thoroughly enjoyed hearing our wholesome, teen star cuss out all the snakes who “throw shade" & "talk trash" once her back's turned. The chorus is the highlight however thanks to stunning background vocals. Fave line: “You stand alone, with God I’m conquering.” We felt that one.

This is a ballad with an amazing drumline and a very airy, synth pop vibe to it. A perfectly executed pop track with vocals as powerful and uplifting as the lyrics.

The tempo picks up again with this Major Lazor inspired dance track. We think it’ll slay in any club but we feel it's not as strong or brave an offering as the other tracks on the record. Let us know if you agree.

A very dark, moving and sultry ballad featuring Craig Lucas who returns the favour here after Paxton’s epic feature on his own album. This track definitely cements their status as the winners of South Africa’s most gruelling talent searches because they sang the hell out of every single sky-high note in the stunning chorus.

Despite the lyrics touching so beautifully on Paxton’s youth, uncertainty and innocence her vocals tell a different story. The emotion, power and range she shows here is mind-blowing. Girl went all the way up into rafters and sounded convincing, honest and angelic doing it.

A delicious blend of Spanish guitar, electro and pristine vocals. This uplifting girl anthem about a guy who’s getting a little too close and casual in the club has all the makings of a hit than could flourish on the international charts.

Paxton’s debut single has aged so well and still sounds fresh.  The horns that punctuate every upbeat are still a highlight as is that immaculate hook… “I need a go getter! Can you do better? Can you take me high like a tail feather?”. Makes us melt everytime.

I Don’t Know You Like That (Remix ft Kyle Deustch) ❤️❤️❤️❤️❤️

Kyle added a splash of colour and fun to an already excellent track. It's a very close call because the vibe is so different but we think we like this a teeny bit more than the original. The perfect ending to a great record.

Already copped the album? Buy it here if you havent or add it your playlist on Apple Music, Tidal or Spotify. Let us know what your favourite track is on social using  "#ThisIsMe" & don’t forget to join us on Sunday 8 July as we gear up to find another star of this calibre.

Season 14 of Idols South Africa premieres Sunday, 8 July at 17:30 on Mzansi Magic DStv Ch161. Get exclusive updates as all the action from the new season unfolds by following us on Facebook, Twitter and Instagram.

Video
Guest Performer: Season 16 Winner Zama – Idols SA
Zama Khumalo graced our stage as a guest performer this year after being on the finale stage last year where she was bestowed as S16 winner! We’re so elated for her and implore everyone to go get her album, ‘In The Beginning’.
Video
Berry brings the positive – Idols SA
Hot on the heels of her Idols SA win, Berry is already planning a new album, and a tour to meet all of her fans. She also has some plans for how she's going to put her winnings to good use – some are fun, some are responsible, all are exciting.
News
A dynamite Dezemba for Idols fans! – Idols SA
Just in time for Xmas, multiple Idols – and Somizi! – have new music out!
Gallery
The Ranaka family album
We love a beautiful family album so we rounded up some pics of the Ranakas in season 5 for you to see your favs in front of the camera.