News
24 January 2022
The first 24-hours of BBMzansi has been packed with banter, fun, heartfelt moments and shocking twists. Here's the rundown of the hottest moments so far
Subscribe

The Housemates may have yet to know each other’s real names, but that hasn’t stopped them from getting to know each other at deep levels. Within just 24 hours inside Biggie’s House, the 18 personalities have already delivered an ample supply of conversations with insight and substance.

Forming meaningful relationships while incognito will certainly shake tables during the Nominations, and the Housemates must navigate every hoop! We’ve already seen a lot of fun banter, the slow forming of bromances and skeems based on natural vibing, and a few shocking revelations!

They’ve talked about everything from waxing parts of their bodies, Only Fans and ageism, toe sucking and why privacy settings on your mobile devices are pointless. You’d think it’s ironic; they are talking about privacy while they are inside Biggie’s House being watched by the multitudes. 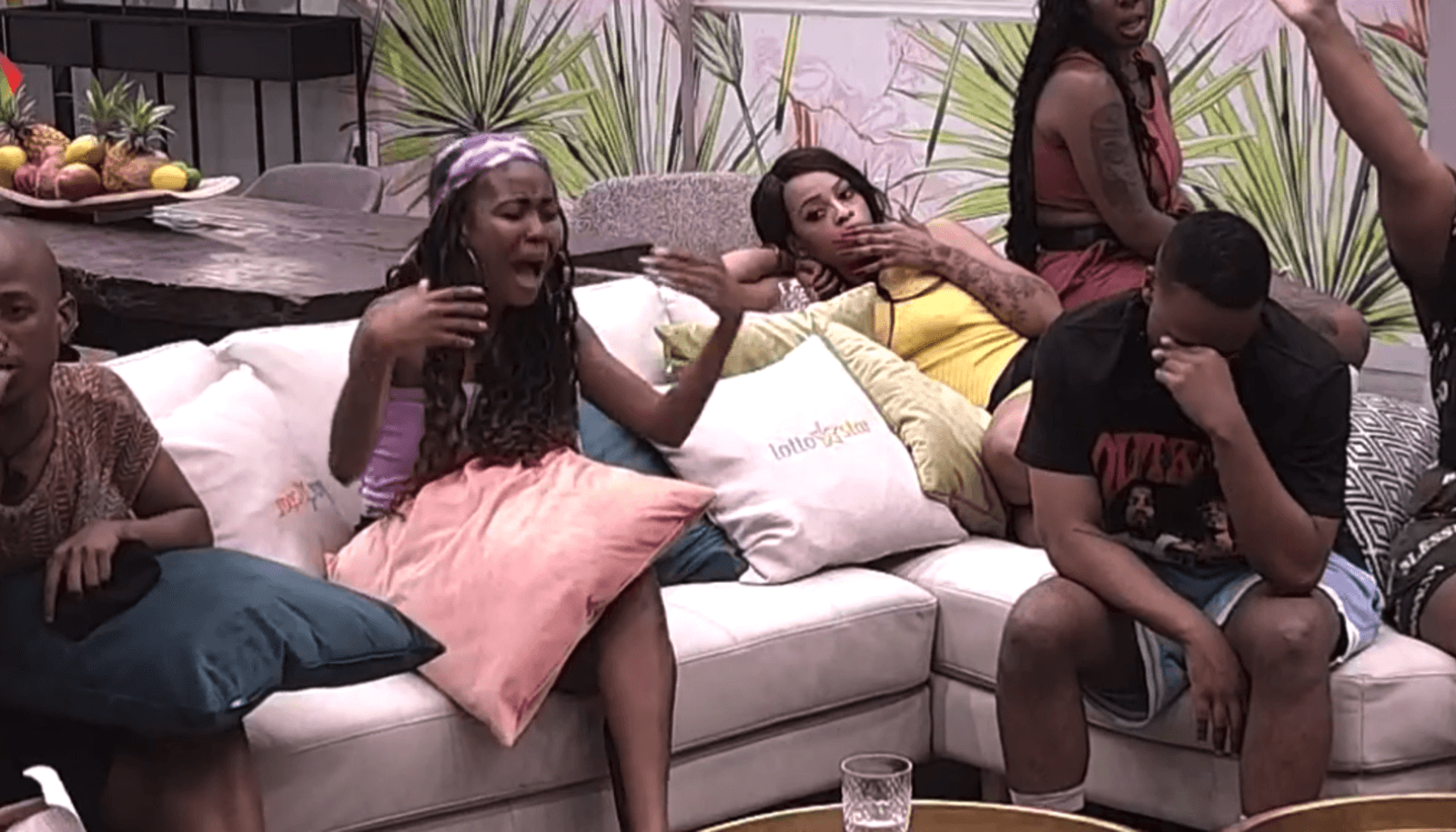 Not really, according to Mphowabadimo, Nale, Mvelo and Gash1. The truth is, “we have more privacy in here than we do out there!” It’s certainly sounds like something of a twist at first. But as they continued to explain it, the fact that they don’t have access to their phones means no one is tracking their every move. Suddenly, you want to go and retreat inside Biggie’s House? Join the party.

Speaking of emerging circles, it’s hard to miss the way Gash1, Mphowabadimo, Nale and Mvelo have been assembling around with some life deep dives. Lots of banter and flirtation. Mvelo’s been shooting some of his best shots. Nothing seems to have landed as yet, but we are just getting started. More progressive is the bromance between Gash1 and Libo. The streets think one of the reasons these two couldn’t sleep is because they couldn’t see each other. There are many candle emojis floating around to manifest a bromance that might last the test of time this season! 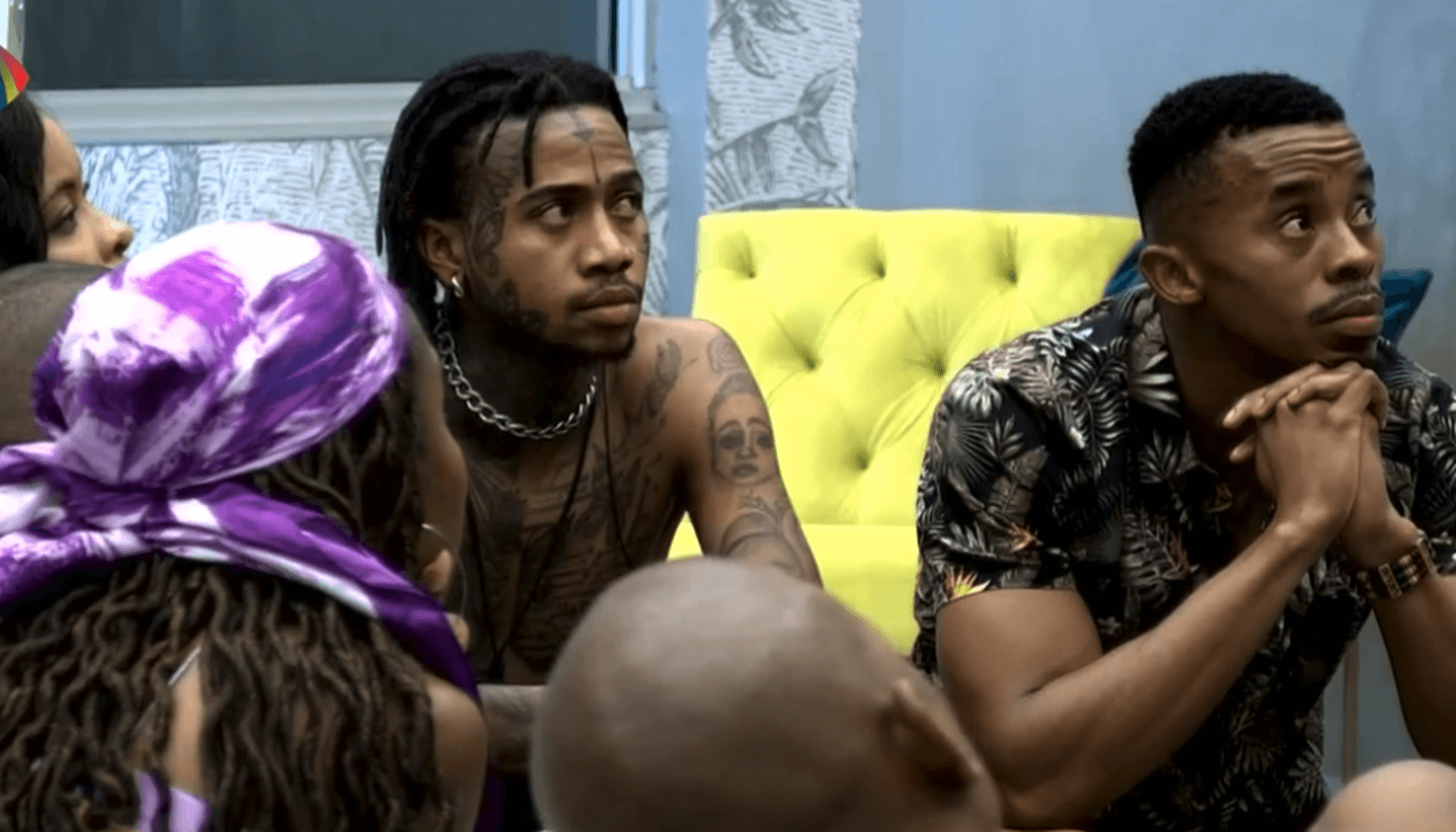 Soul ties that happen through sex got so deep and intense that Themba and Gash1 started getting worked up. Gash1 could not stand the way Themba kept making his points about a heart being the soul, and the spirit being the mind, and sex having nothing to do with it. Gash1 demanded to know what happens when there’s a heart transplant. Does the soul get switched up? It ended with Mphowabadimo having to calm these guys, who might not be clicking with each other. One wonders if a rivalry could be brewing?

And then came the big part! In the first diary session this season, Biggie summoned Mvelo to have a word. The season’s first Wager Task is upon us! Mvelo was asked to read the brief, and come back with a response within 10 minutes. In it, the Housemates were encouraged to connect during this Tropical Paradise. Big Brother has prepared a series of activities to help them understand each other better,

For this week’s Wager Task, Housemates were encouraged to wear their hearts on their sleeves. The House had to decide how much they would be putting at stake; 25%, 50%, 75%, or 100%, depending on how confident they are that they will be able to play without jeopardising their weekly supplies.

On Thursday, the Housemates will be required to showcase a short story, a poem, song, play or a combination of all three, about who they are and where they are from. The Housemates are encouraged to use their imagination, as no raw materials will be provided. All Housemates must play a role.

They Housemates seem quite confident, dealing a 100% Wager, risking all their supplies in the process. Was this a smart decision? Time will tell. It’s all heating up!

Big Brother Mzansi season 3 is broadcast live 24/7 on DStv Channel 198. There is a daily highlight show on Mzansi Magic (DStv channel 161), Tuesdays to Fridays starting 25 January 2022 at 22.30. Sunday Eviction Shows begin on 30 January at 18:00 and will be broadcast on Mzansi Magic.

This season will also see the return of fan favourite Shower Hour (22:00, Mondays to Thursdays on channel 161), Saturday Night Parties with Channel O and Friday night games.
To join the conversation on social media platforms, use the hashtag #BBMzansi to join the conversation and connect with us on Facebook, Twitter,  Instagram and TikTok!