Day 65: Keeping up with the Housemates – BBMzansi

News
29 March 2022
Still feeling nostalgic, Biggie continued on the journey down memory lane. In keeping with this, two exciting Tasks were introduced.

For the first Task, as individuals, Housemates had to create pieces that represent their journey in the House through the past nine weeks. Biggie also wanted the Housemates to go inwards and write a letter about who they were when they first arrived in the Big Brother Mzansi House and who they’ve become. For the second Task, Housemates had to swap characters. 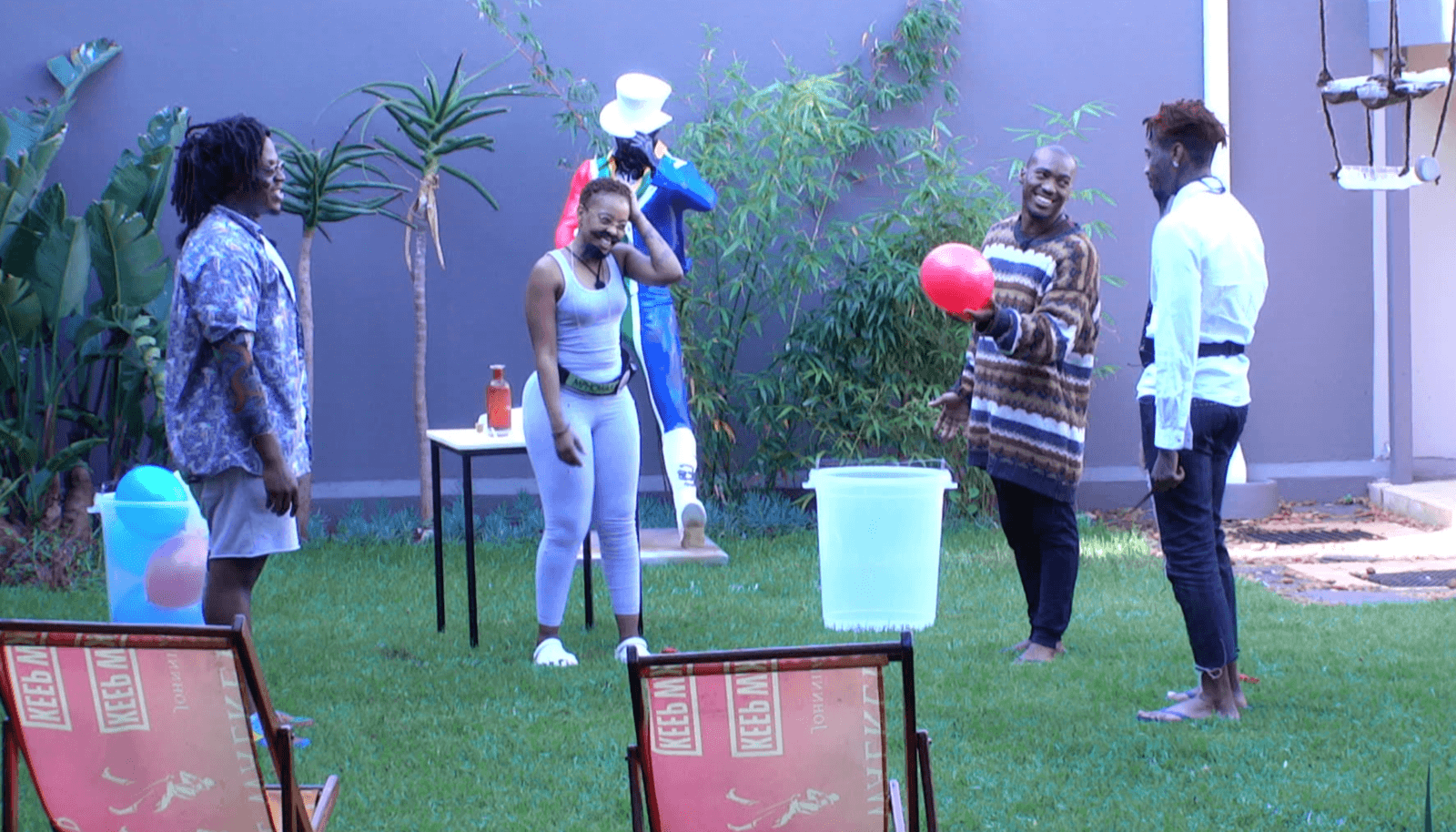 This is how the first Task played out:

Libo was the first one to stand before the Housemates. He showed off his master piece and took everyone through it. When he first walked into the House, Libo said he felt shy and chose to blend in. However, when the time was right, he became like his favourite animal, a cheetah and started chasing his dreams. 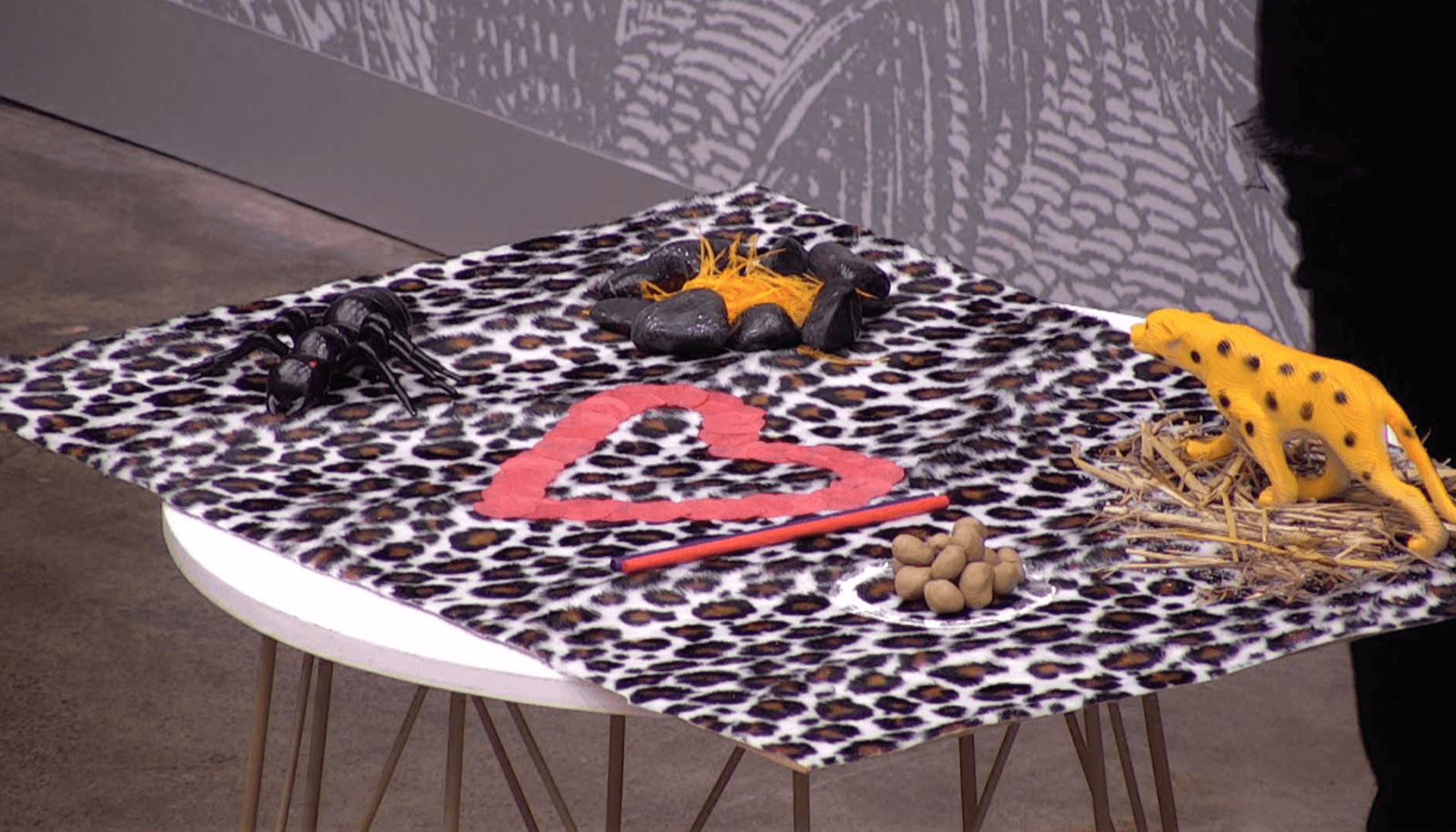 Taking the floor, Tulz said his art piece wasn’t only based on his life in the House. He said prior to moving to Johannesburg, his life was filled with fear. When he landed in the big city, things started looking up because he was then surrounded by people who understood him. Tulz said he experienced hope and joy when he auditioned for BBMzansi. 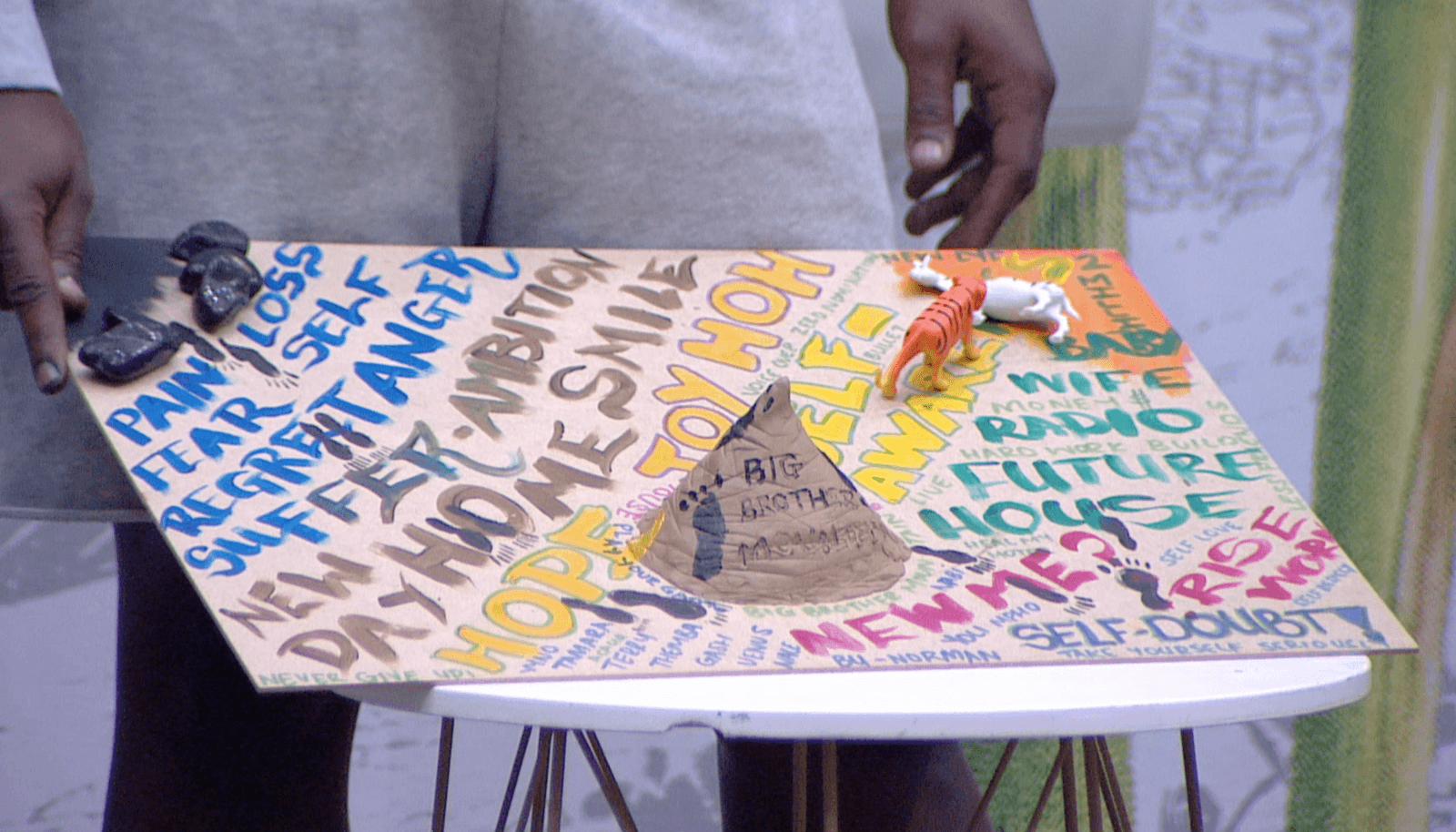 Mphowabadimo said she’s a very smart woman, but people focus more on her face instead of her capabilities. She mentioned that she got to celebrate Valentine’s Day for the first time ever in the Big Brother Mzansi House. 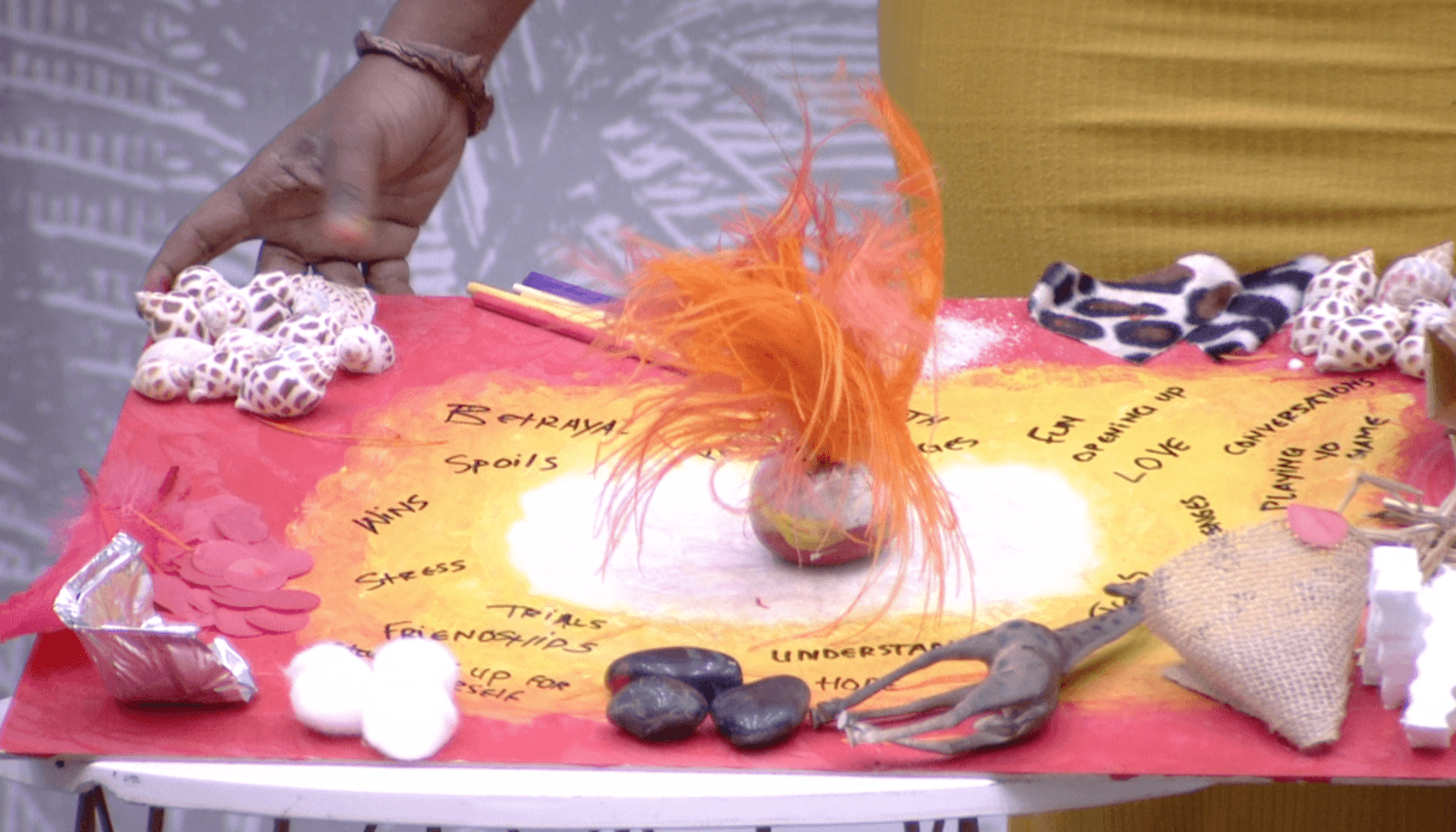 Presenting his creation, Themba said when he first walked into the House there were a lot of people as entertaining as him, and he had to do things differently in order to stand out. 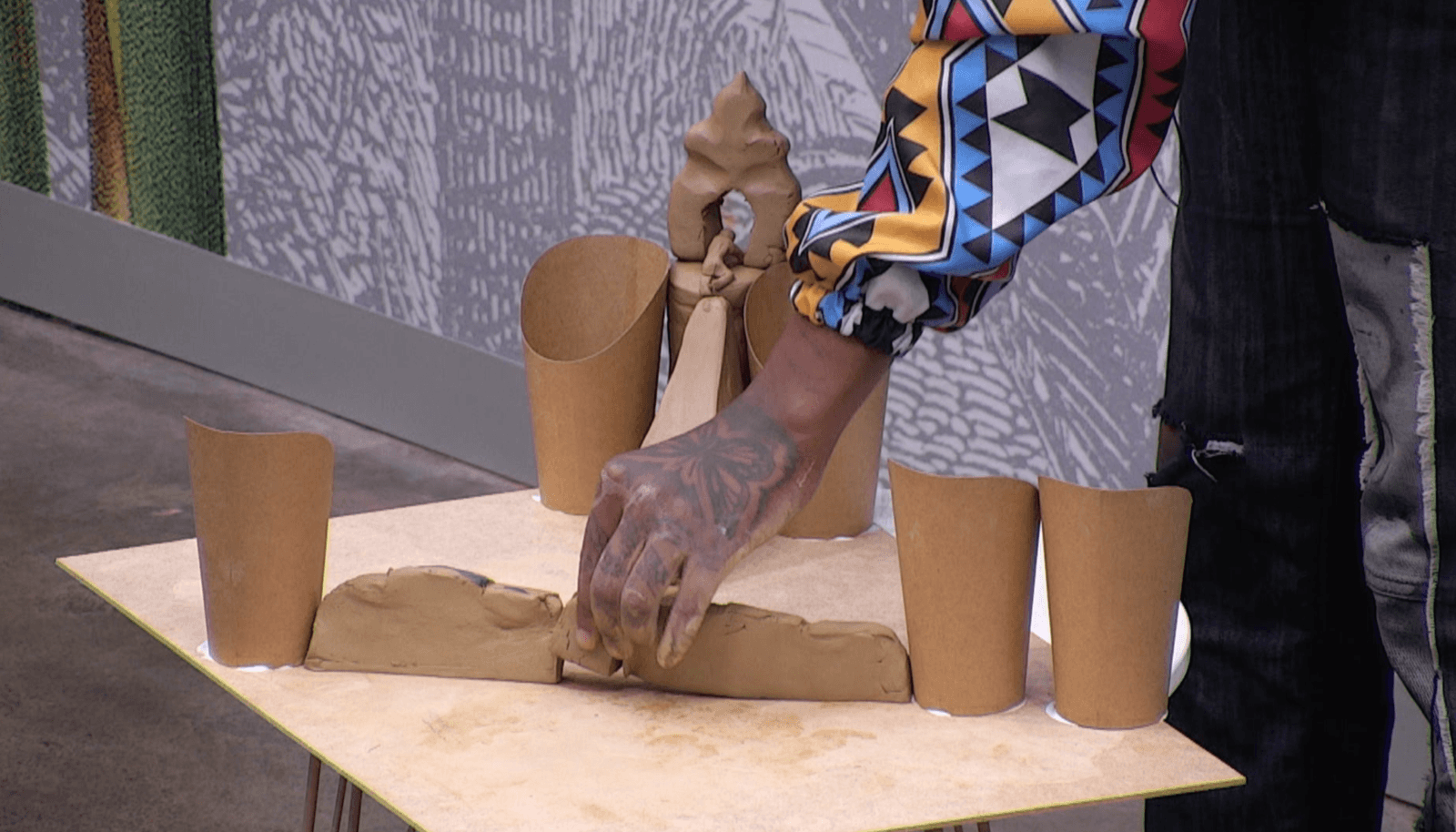 Gash1 explained his piece. He said he specifically chose a lion because it’s his spiritual animal. Gash1 said coming into the House has taught him how to love, even so, he is still working on perfecting his heart. 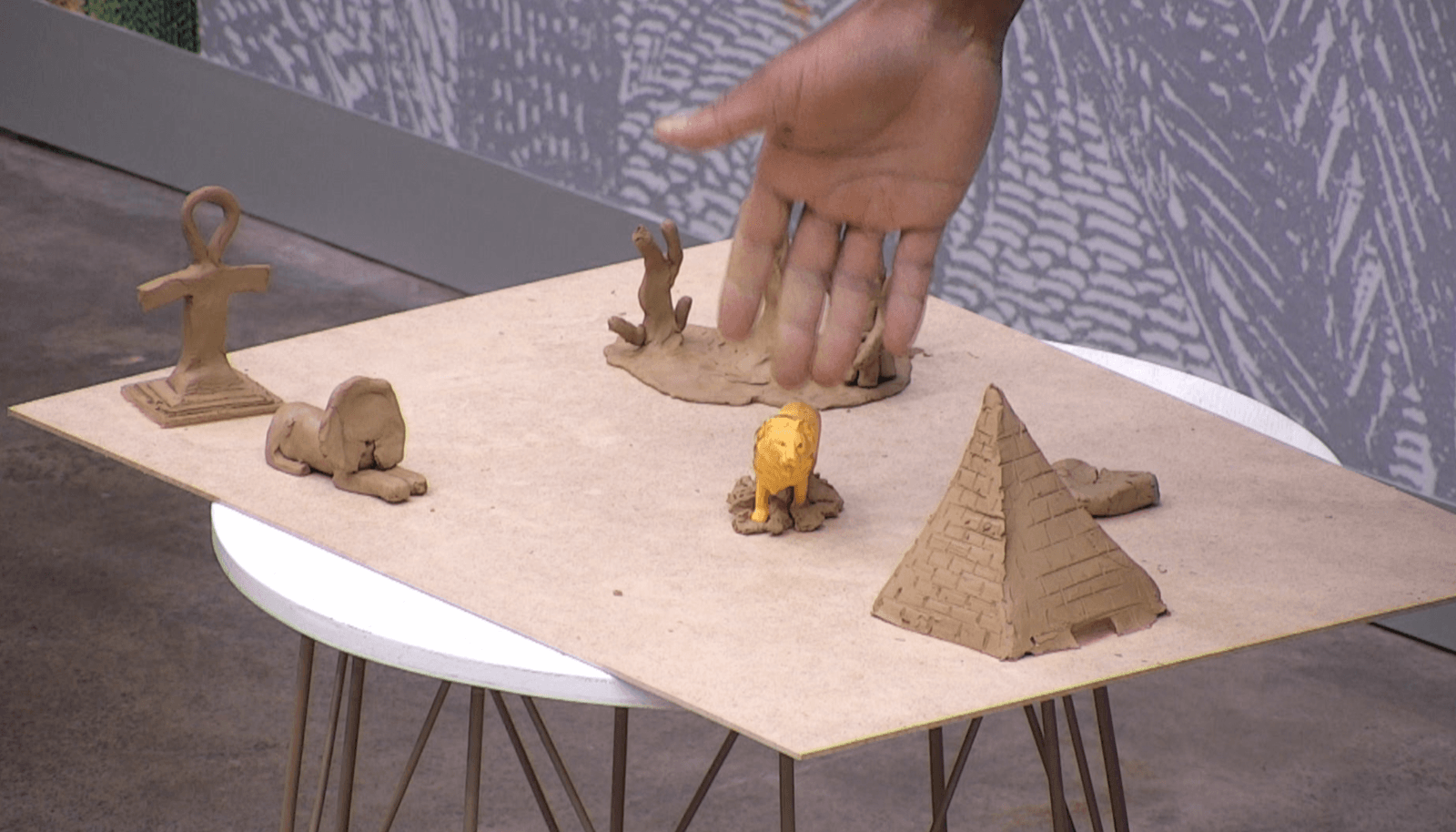 This is how the second task played out:

Housemates really went all out. We spotted Libo wearing a fake butt and lashes. Tulz was also on a mission. We couldn’t help but notice him as he struggled with the fake tattoos. The intention was of course for him to look like his character, Themba. 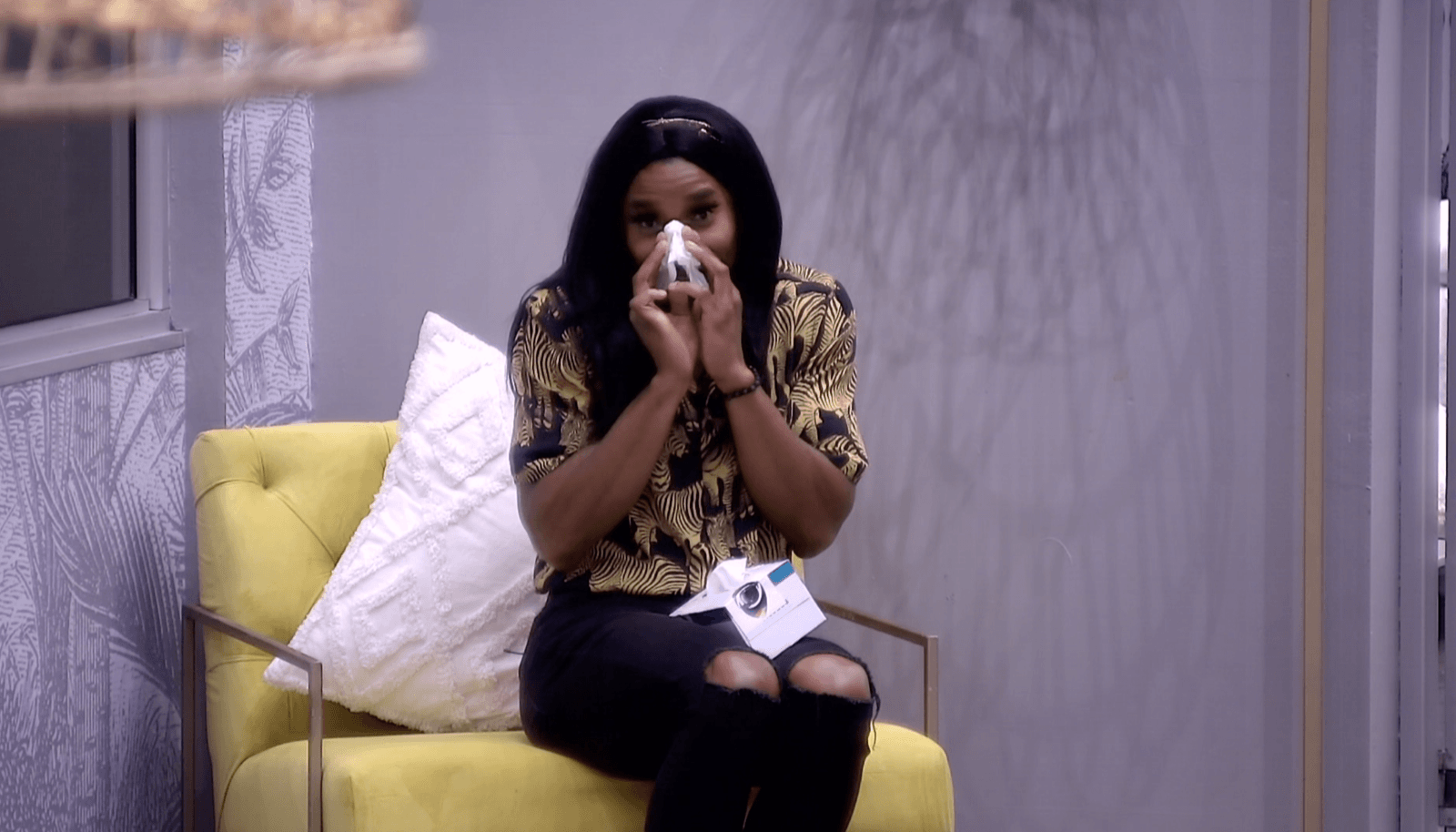 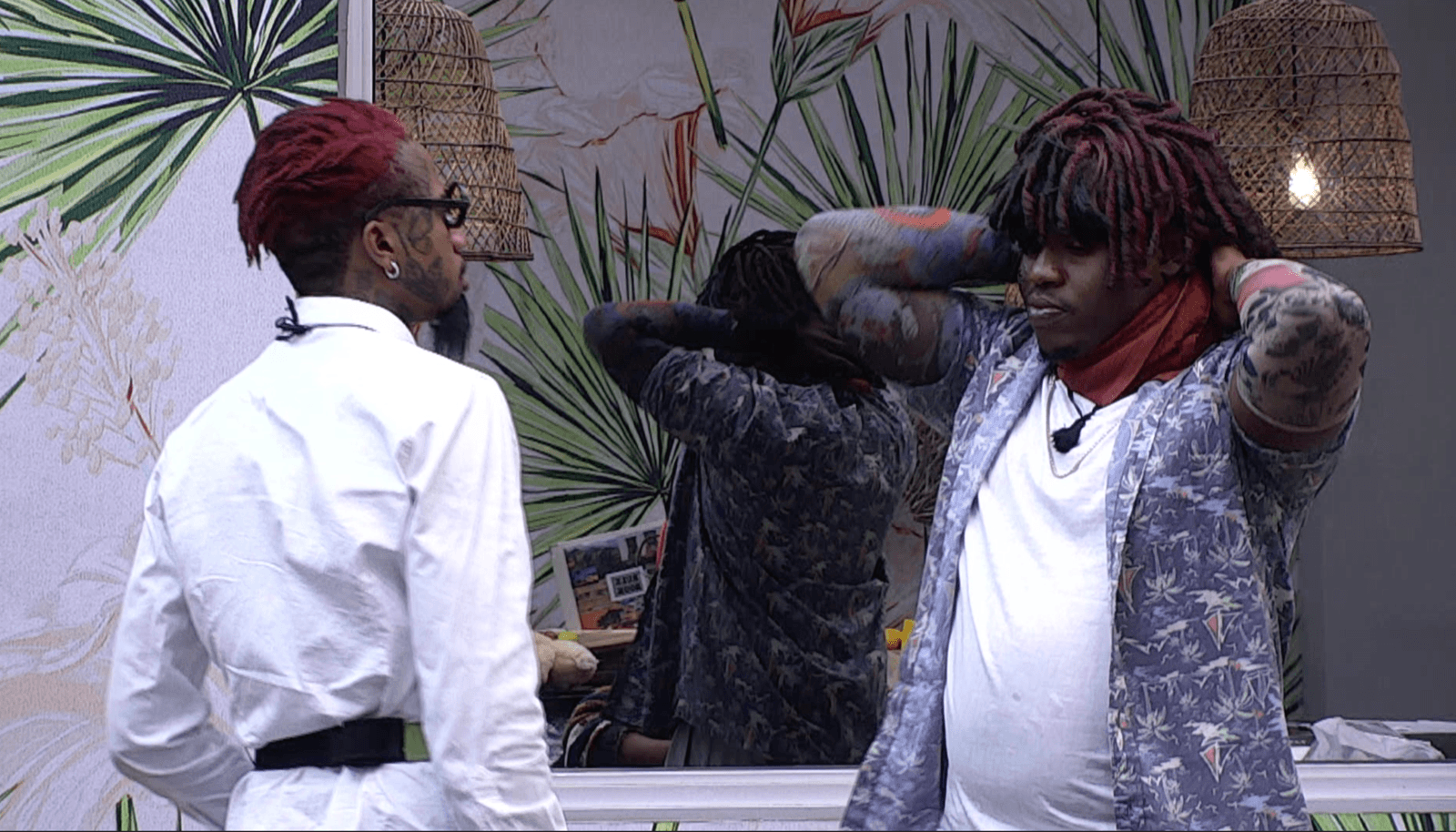 Themba enjoyed moving like Gash1 and yelling out, "Hey my man!" at every chance he got. 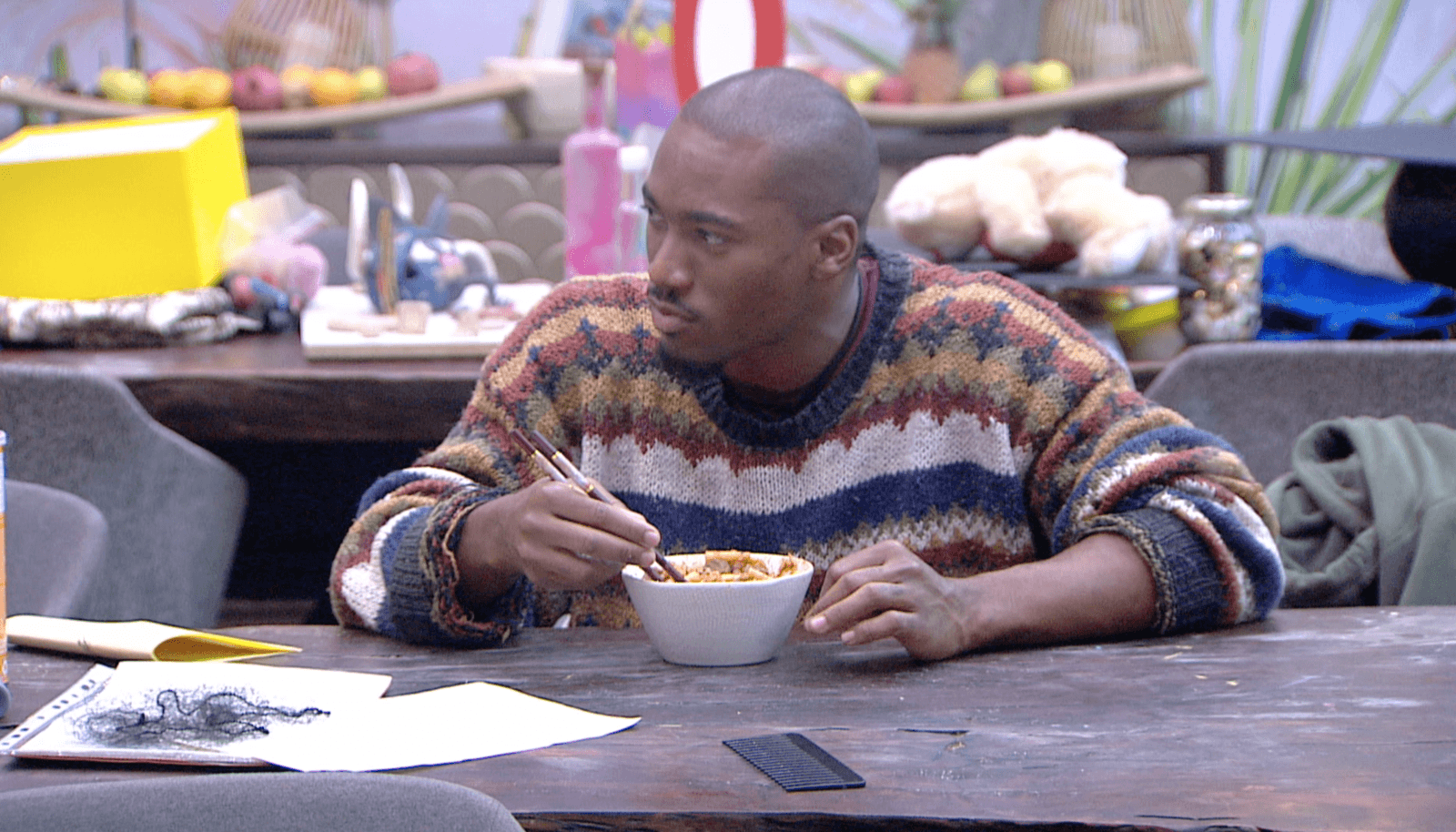 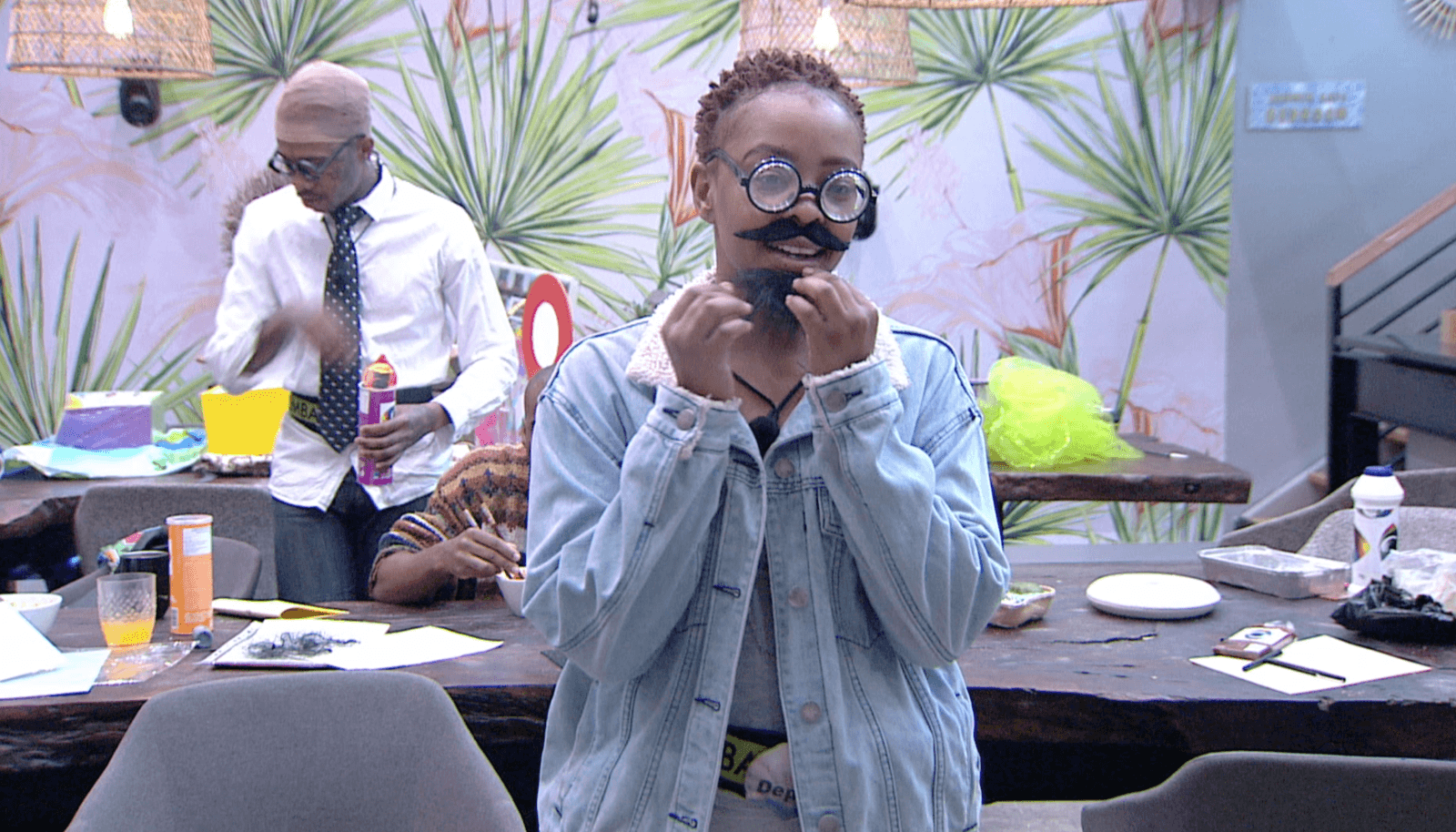 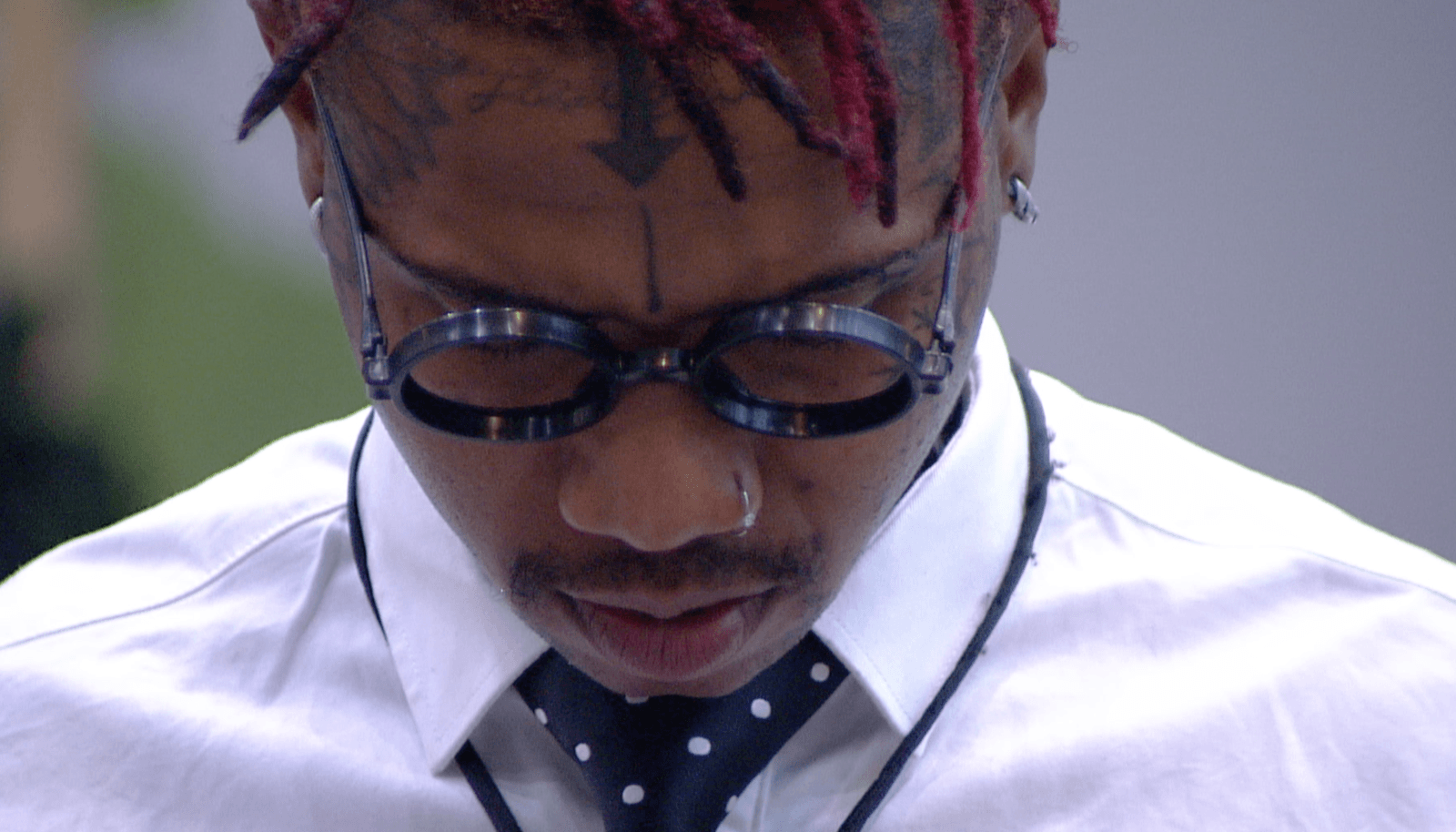 Did we mention that the viewers enjoyed how well Libo portrayed Mphowabadimo? Did you enjoy the Tasks as much as we did? Get in touch!