Day 59: Stones and Sticks battle it out — BBMzansi

News
23 March 2022
Hands down, Biggie is the king of Tasks. He comes up with the best Tasks, it’s impossible not to want to join in.
Subscribe

Today team Stones and Sticks, went head to head yet again as they took on each other in two games which were played back to back.

For the first game, one team member from Sticks and the other from Stones had to use an inflated ball to race each other. The teams had to first decide on the order in which they would be going. Once this was decided, the first members from each team had to get ready to start the game. 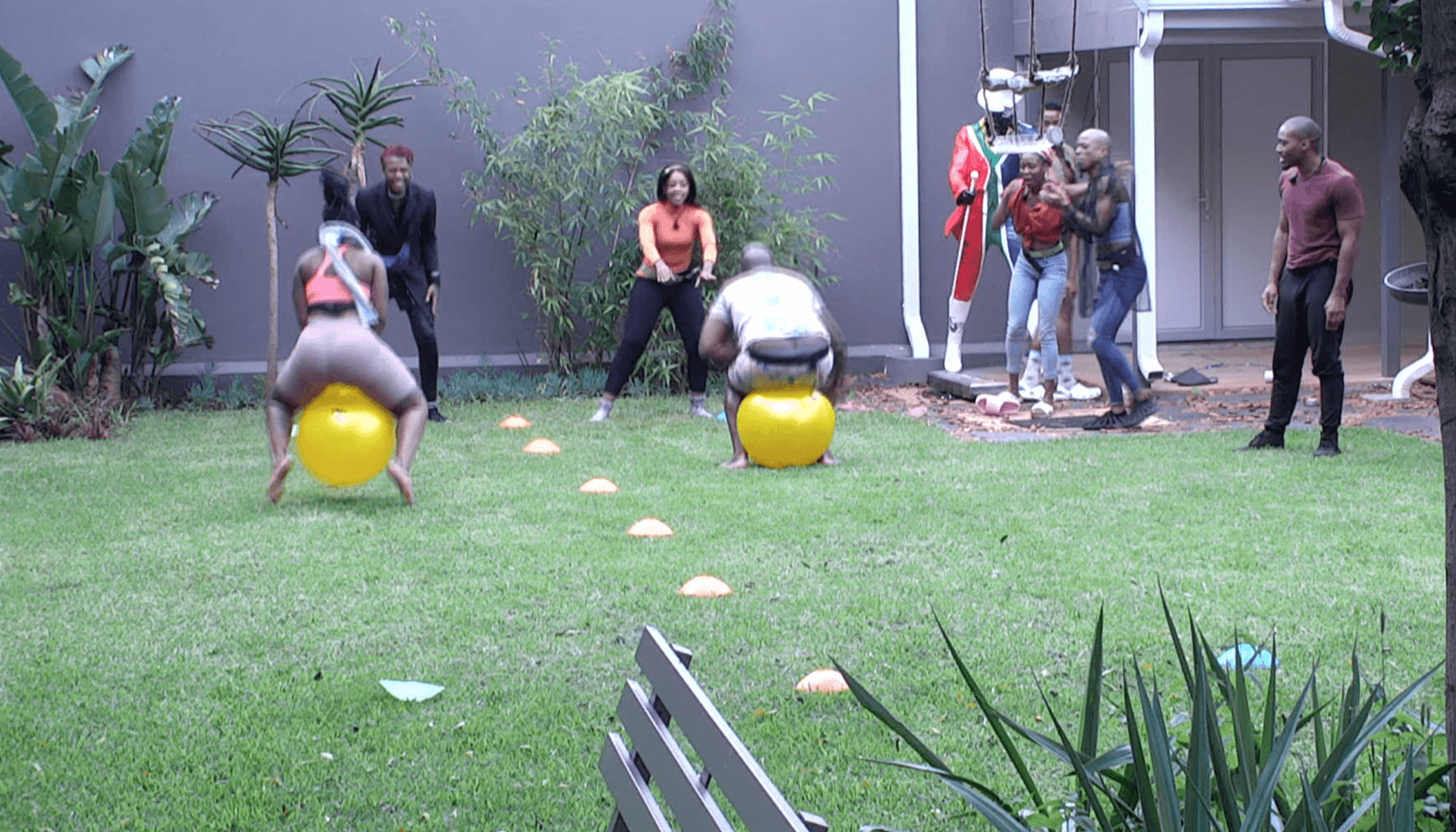 At the sound of the buzzer, the team members had to race from one end of the garden to the other as marked. 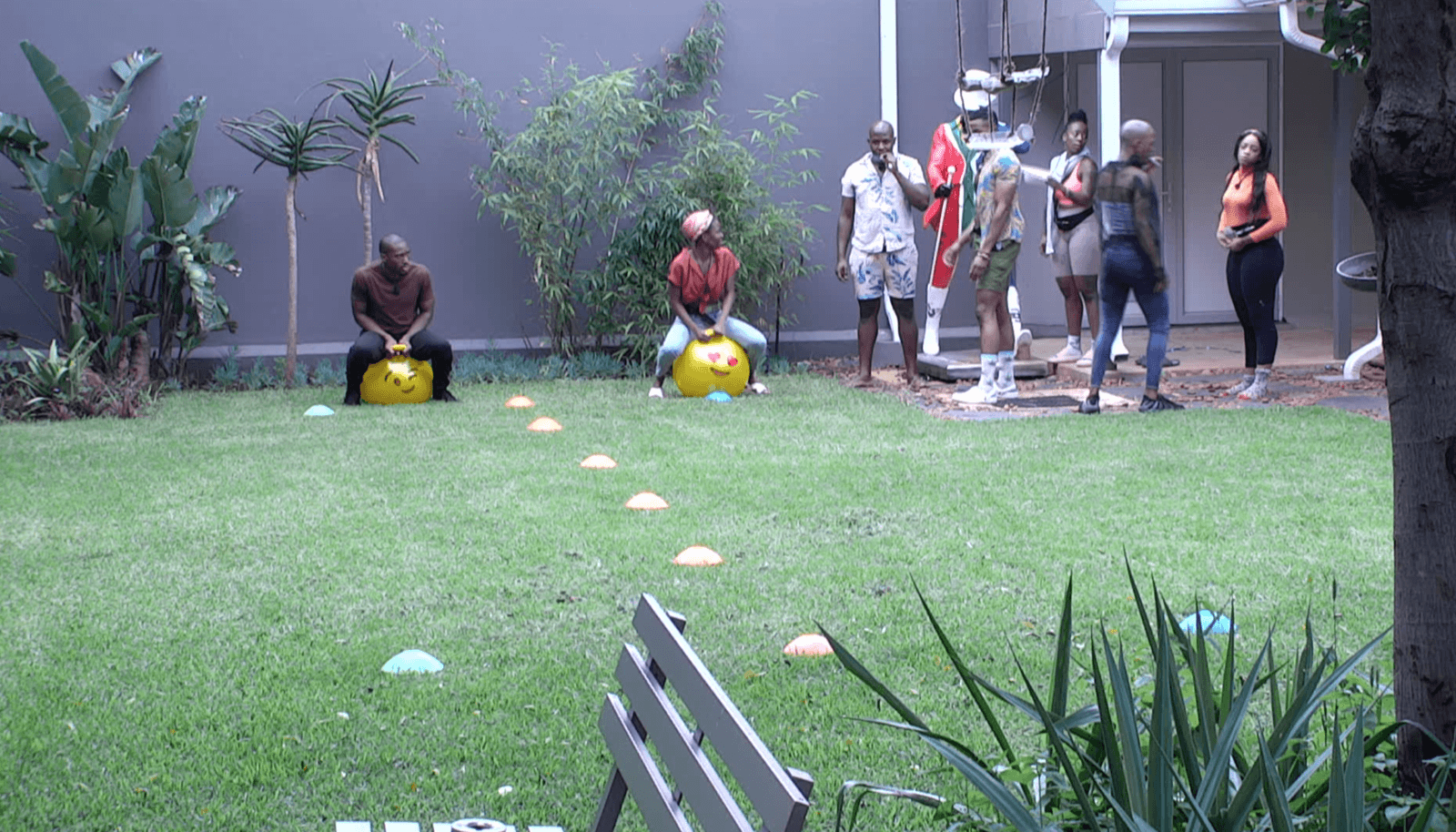 There’s still an ongoing debate between the two teams as to who actually won this game.

Once the race was concluded, the teams had to move on to game number two where they battle it out in a game of Twister. 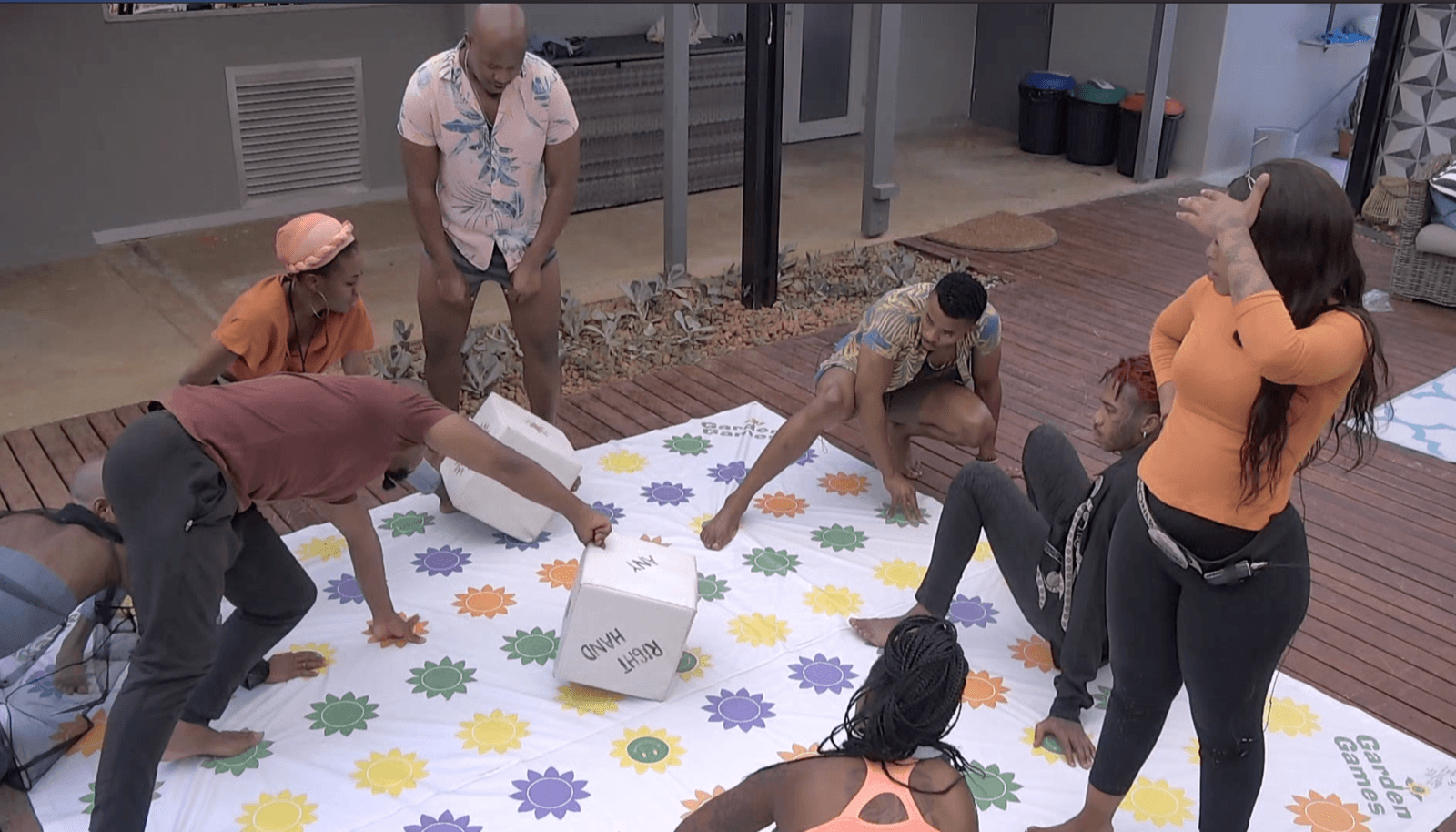 Both teams competed on the same Twister mat and they had only an hour to complete this challenge. At the end of the game, the team with the most members standing, was declared the winning team. 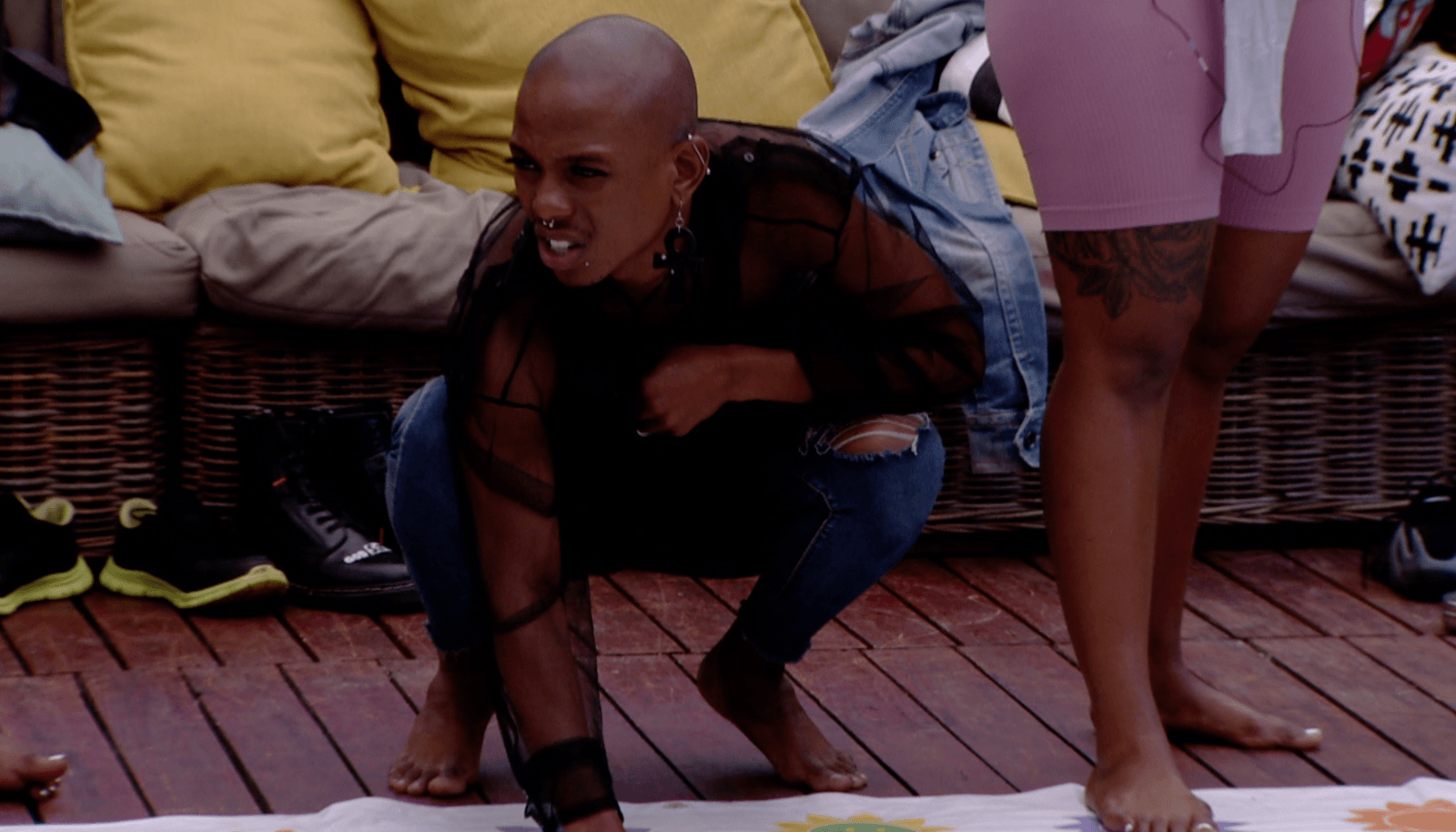 This challenge got off to an interesting start. Tulz took of his pants on the spot, apparently he didn’t want them to get in the way of the game. After finding himself in a very compromising position, Libo tapped out and Sis Tamara came out victorious, meaning team Stones won. 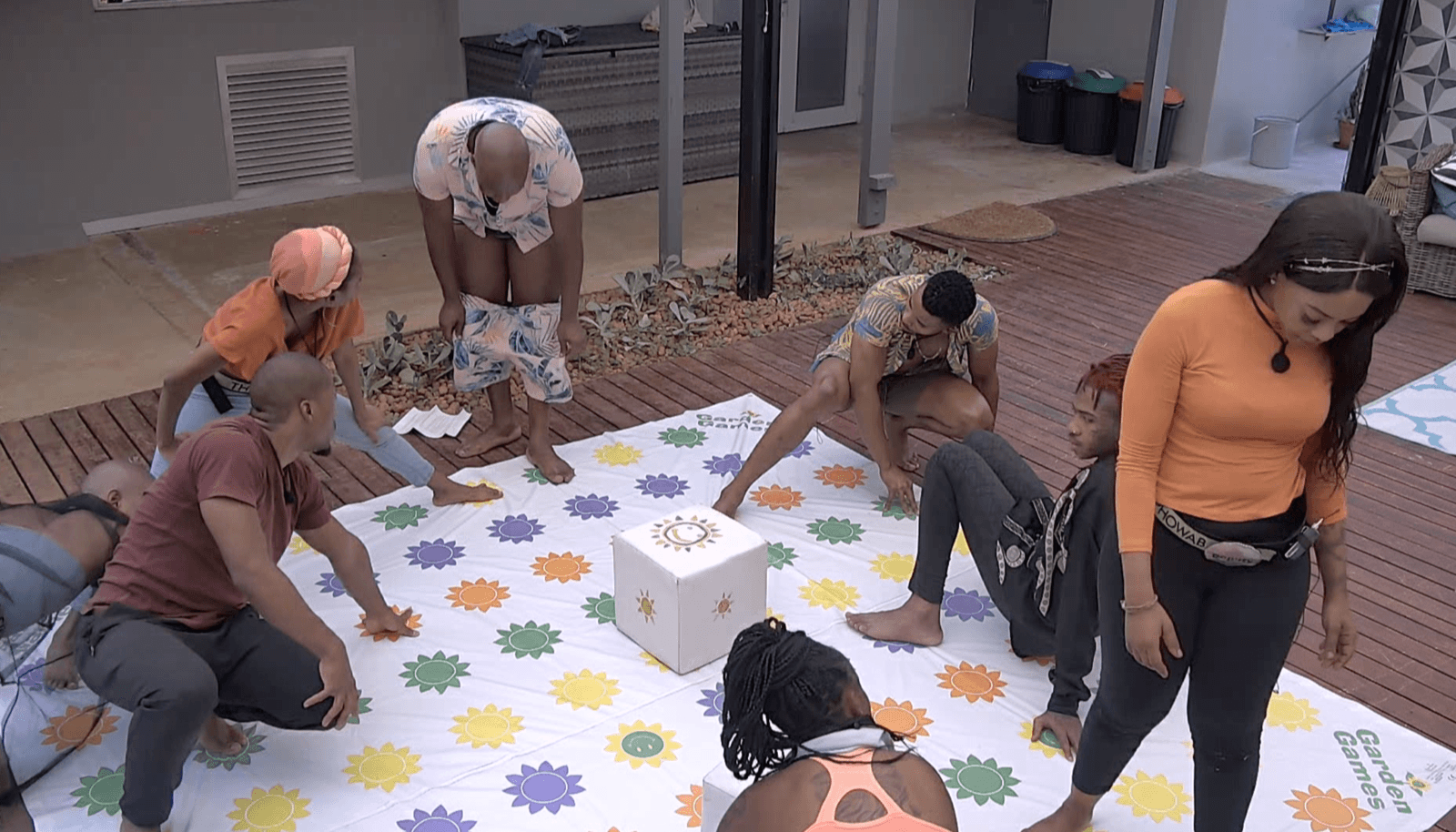 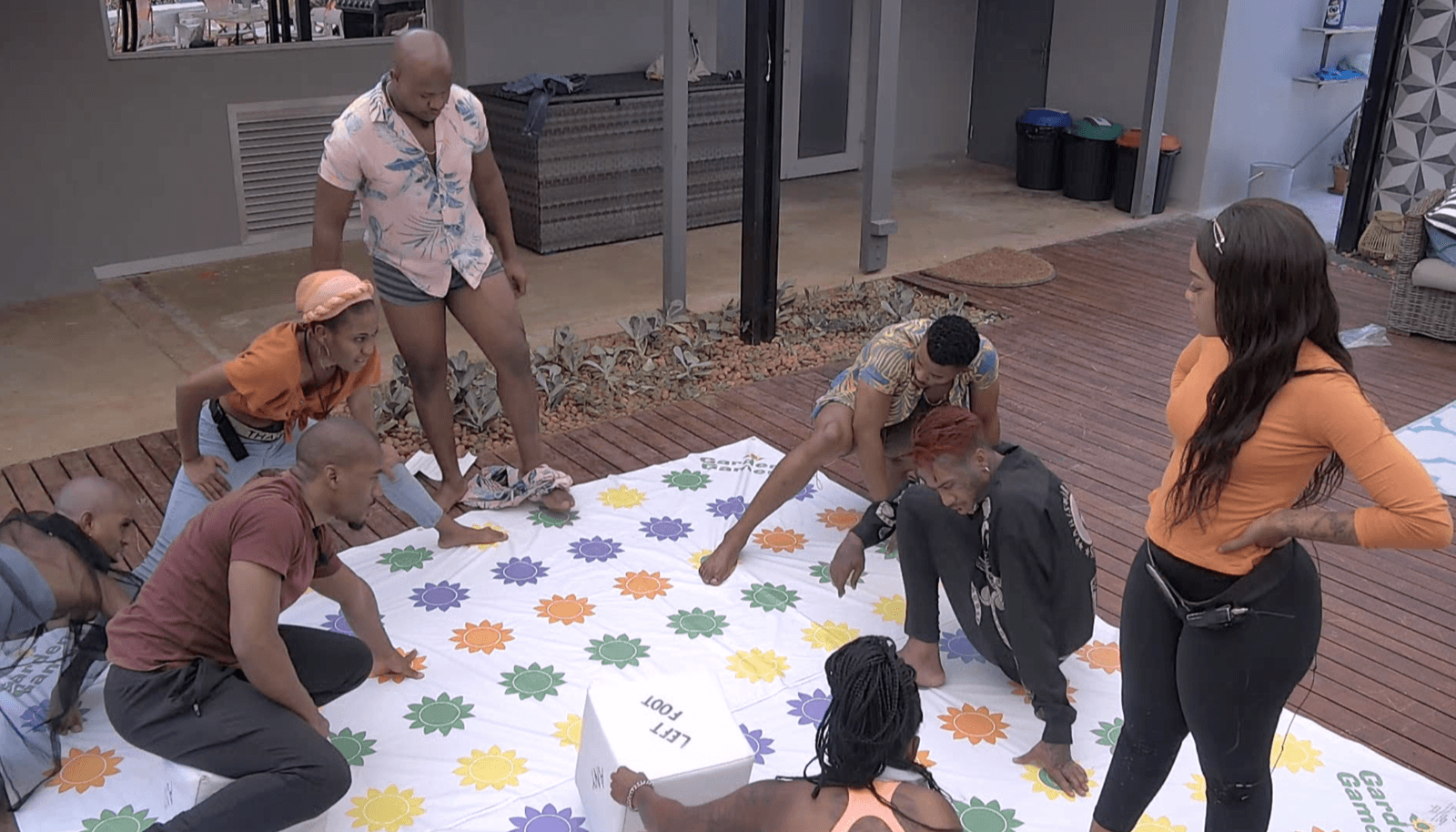 Did you enjoy the two games as much as we did? Let us know in the comments.

Video
Day 59: Head to head – BBMzansi
Today teams Stones and Sticks went head to head yet again as they took on each other in two games which were played back to back.
News
Day 59: Tulz and Sis Tamara get their ciggies back! — BBMzansi
A week ago when team Stones failed to win their Wager Task, it meant going back to the basics. As hard as it was, they were ready to make it work without luxuries, however, Sis Tamara and Tulz were in for a very hard time.
Video
Day 22: Battling it out for HOH – BBMzansi
Things were tense as the Housemates battled it out for the new HoH and DHoH title. In the end Gash1 and Nthabii came out victorious!
News
Day 59: Are we social media official? – BBMzansi
Is your partner not posting about you a deal-breaker?