Luck comes to you when you need it the most – congratulations to Tulz for winning Head of House.

Biggie’s HoH Challenges always take the most unassuming yet tricky rules – in this game of luck we can tell the amount of pressure surrounding the HoH win this week considering what’s really at stake.

In today’s game of luck, Housemates were required to wear blacked out goggles and with the help of Sis Tamara walk the coned path. Sis Tamara led them to a ball pit with several numbered balls and by way of lottery each Housemate picked five balls from the ball pit and the Housemates with the highest numbers labeled on their balls stood a shot at winning the HoH title.

As luck would have it, Venus scored a total of 54 followed by Tulz who scored another 54 making them tie in the lead. Mphowabadimo, the last Housemate to play the HoH Challenge scored a close 53, however, it wasn’t enough to end up in the sudden death round. 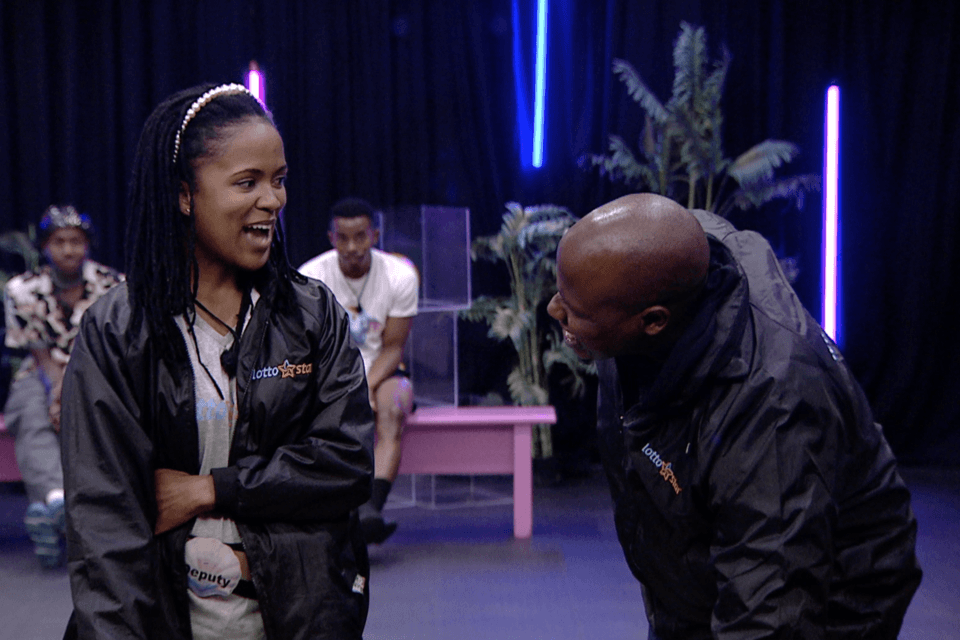 To choose who would be HoH Venus and Tulz picked domes at random to reveal the number on the ball. Unfortunately, Venus made a last-minute change and ended up with a six whilst Tulz scored a whopping 17. As luck would have it Tulz wins HoH again.

Tulz’s HoH win comes after several conspiracies around the House put a target on his back since he has not been Nominated for possible Eviction. Themba and Gash1 had made plans to make sure that he is Nominated but luck dictated otherwise tonight – Libo and Tulz have won immunity and will be safe from Nominations and possible Eviction.

Tulz’s win has thrown the House completely off balance and with stale conspiracies, Housemates were left with no choice but to put up people they least expected.

During the Live Nominations Show, Tulz used his Veto Power to save Terry and replace her with Thato. The final Nominees facing possible Eviction this Sunday are Gash1, Mphowabadimo, Nale, Nthabii, Sis Tamara and Thato.

Video
Day 36: Tulz wins HoH - BBMzansi
While luck is the biggest part of the HoH Games, Tulz and Venus left it all to fate in the sudden death round to determine who would win the title.
Video
Day 56: Ultimate Veto Power Round 2 - BBMzansi
Whose luck will shine the brightest tonight? Thato, Themba, Sis Tamara and Tulz get acquainted with some rules surrounding their game.
Video
Day 1: How Tulz got his groove back – BBMzansi
From one dismal fail to an epically groovy HoH Challenge, Biggie ushered in the new Head of House Tulz in style.
News
Day 1: Tulz rules the roost as first HoH – BBMzansi
In one of the most iconic dance-offs we’ve seen, Biggie’s 'Asi groove' themed Musical Chair had the Housemates showing off their rhythm and vibe as they danced to win the Head of House Challenge.