News
25 February 2022
Housemates went into the Friday Night Games with the hope of redeeming themselves, especially since they didn’t do too well in the previous week’s puzzle game challenge. When it came to putting together a puzzle, individuals saw flames!
Subscribe

Tonight's games were designed to test speed and endurance. Biggie started off by stating the rules of the games. This was then followed by Biggie asking The Housemates to walk around the course for inspection.

The Housemate were expected to complete a series of four games and the winner would be the Housemate who finishes the game course at the shortest time.

The games are stated below:

Using the skinny and long balloon as a hockey stick, the Housemates had to race the round balloon from point A to point B on the ribbon shaped course. The balloon being raced had to always stay within the lines. 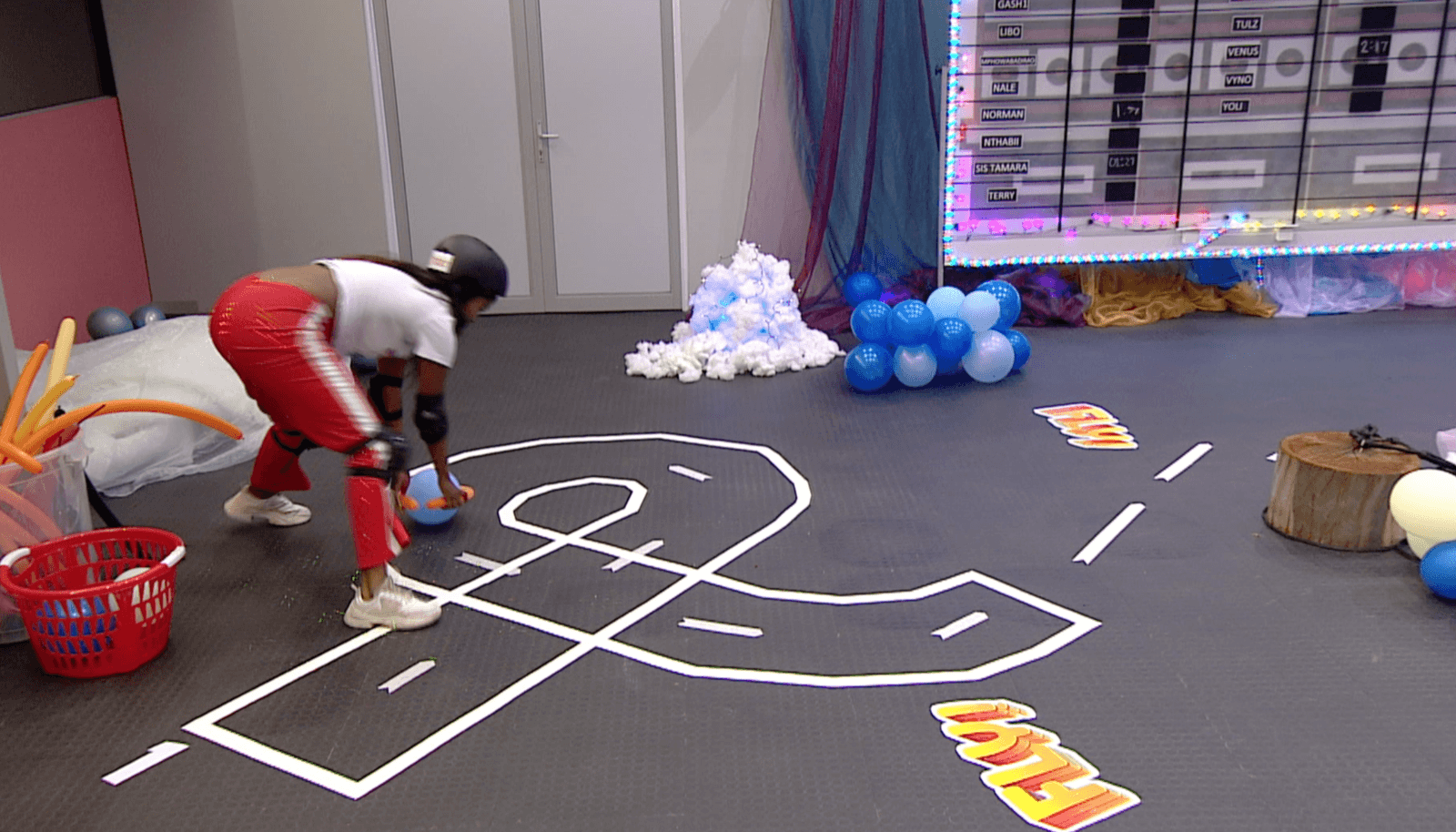 Game number 2: Under the Clouds

Getting down on their stomachs, Housemates had to use their upper body strength to crawl under the clouds as quickly as they could from one end to the other. While doing this they had to flap their arms like a bird flapping its wings. 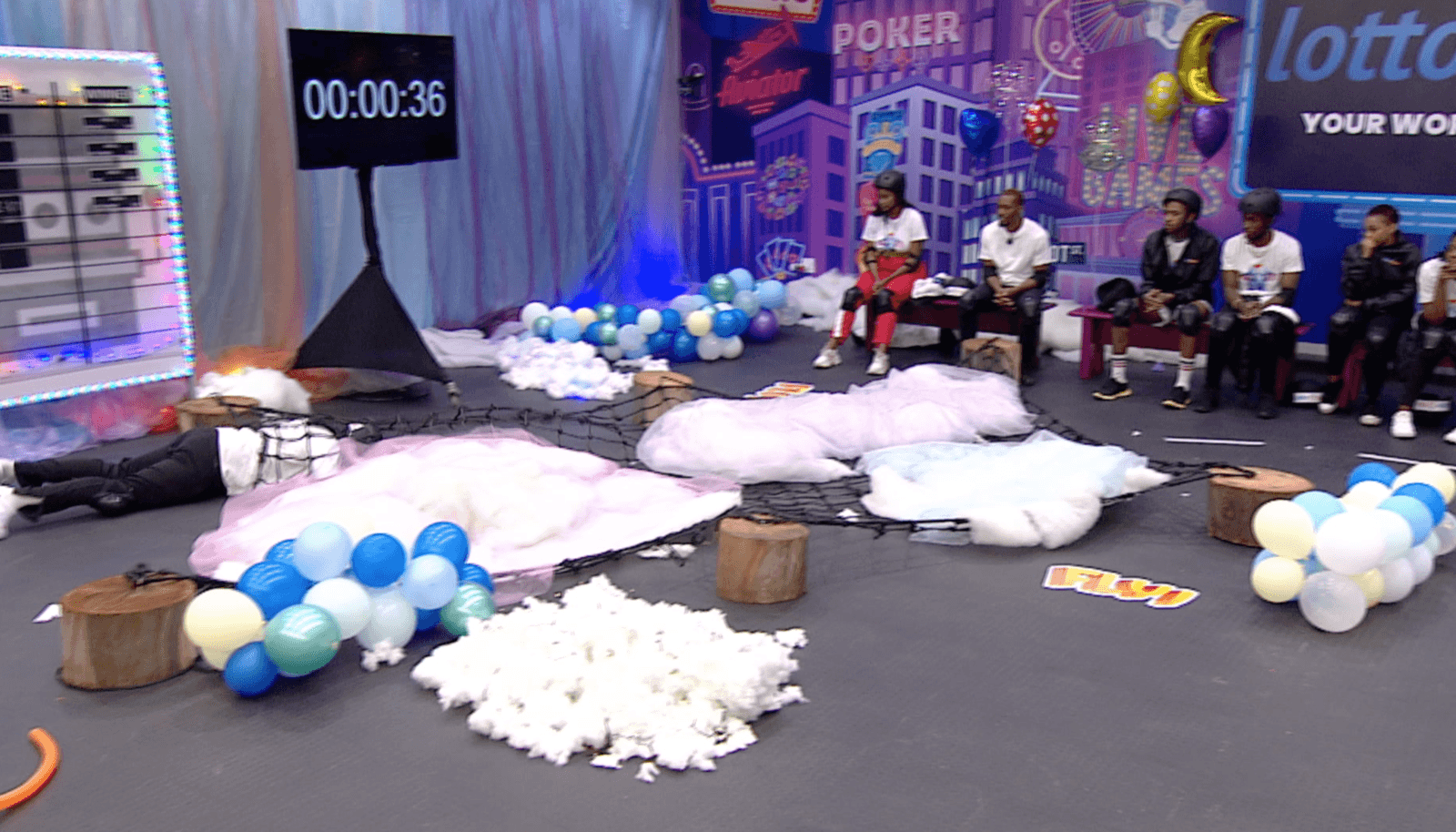 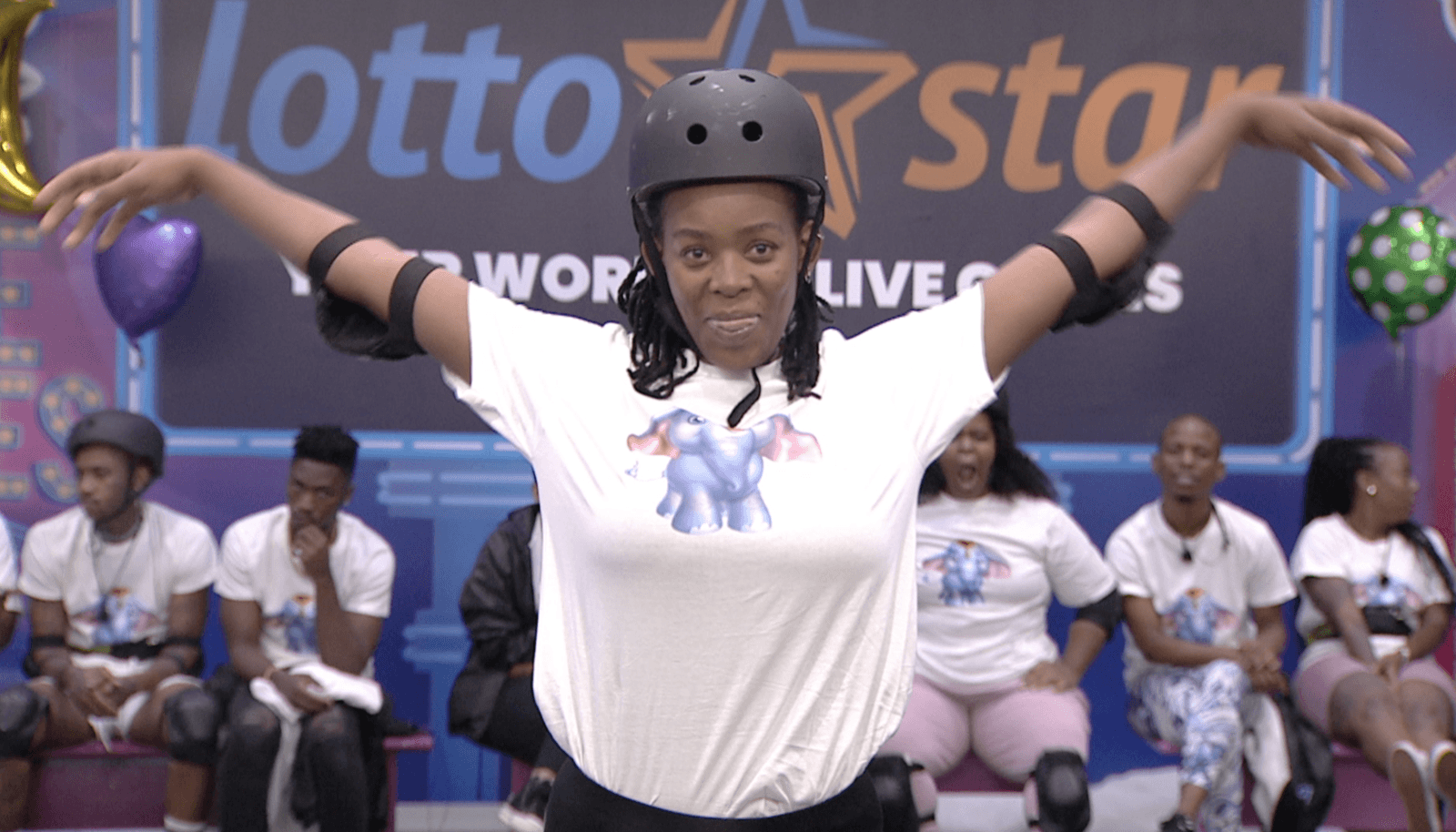 Three empty buckets were placed in a line. Housemates had to stand behind a marked line on the ground and throw a balloon into each of the buckets. Once they had dunked a balloon in each bucket, they had to proceed to the last challenge while flapping their wings. 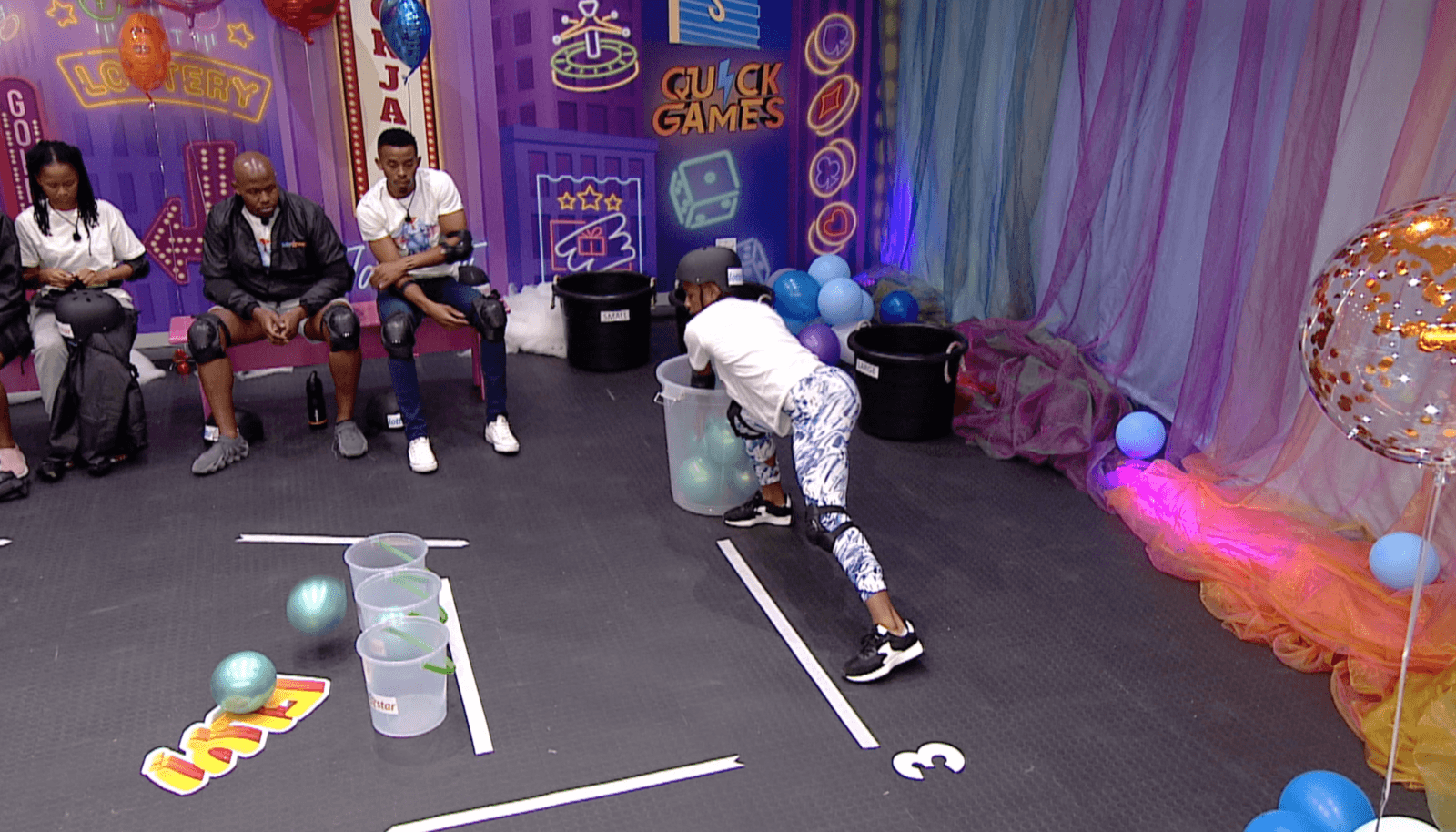 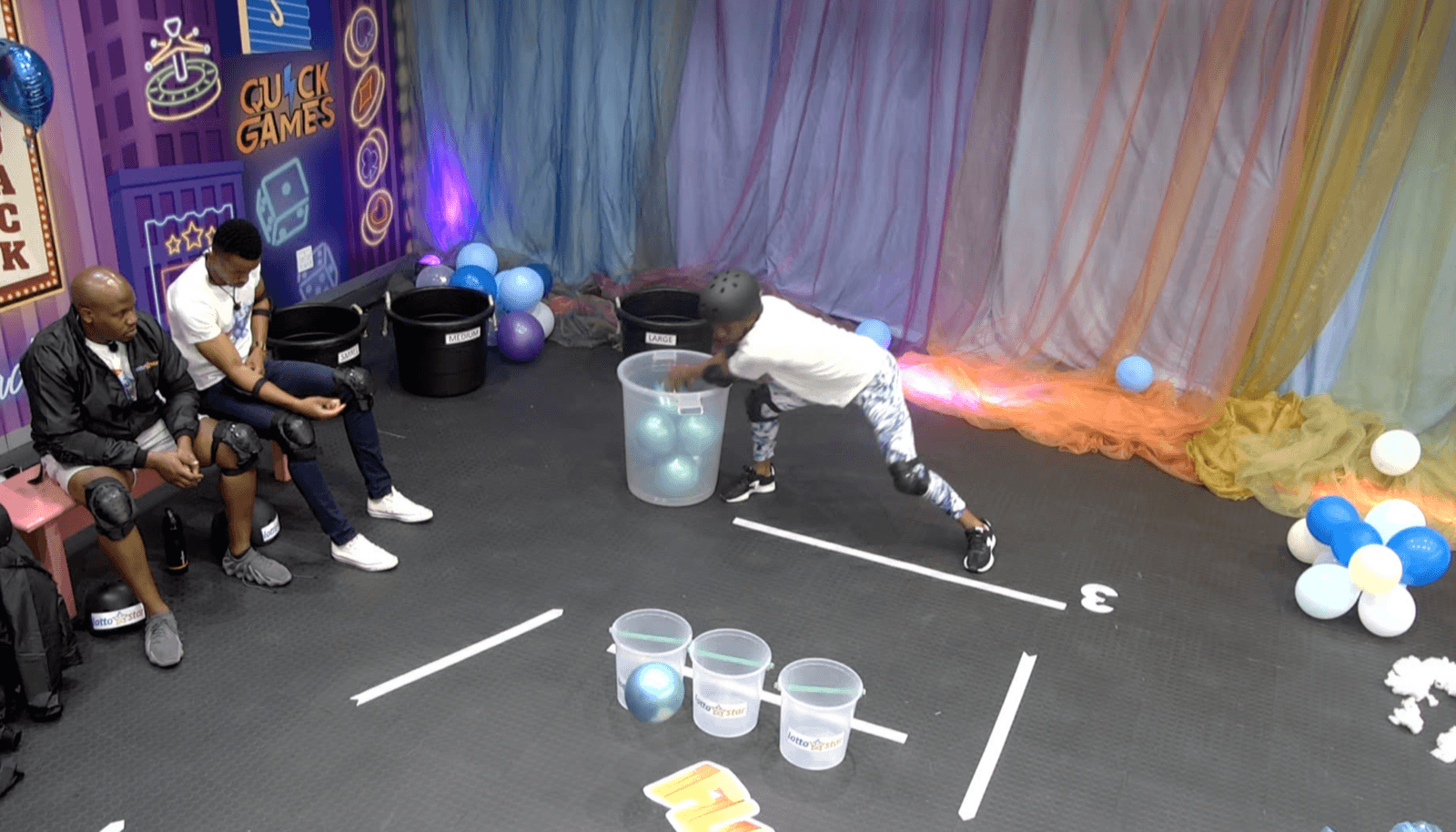 Using their bottoms, Housemates had to attempt to pop all balloons as quickly as they could. 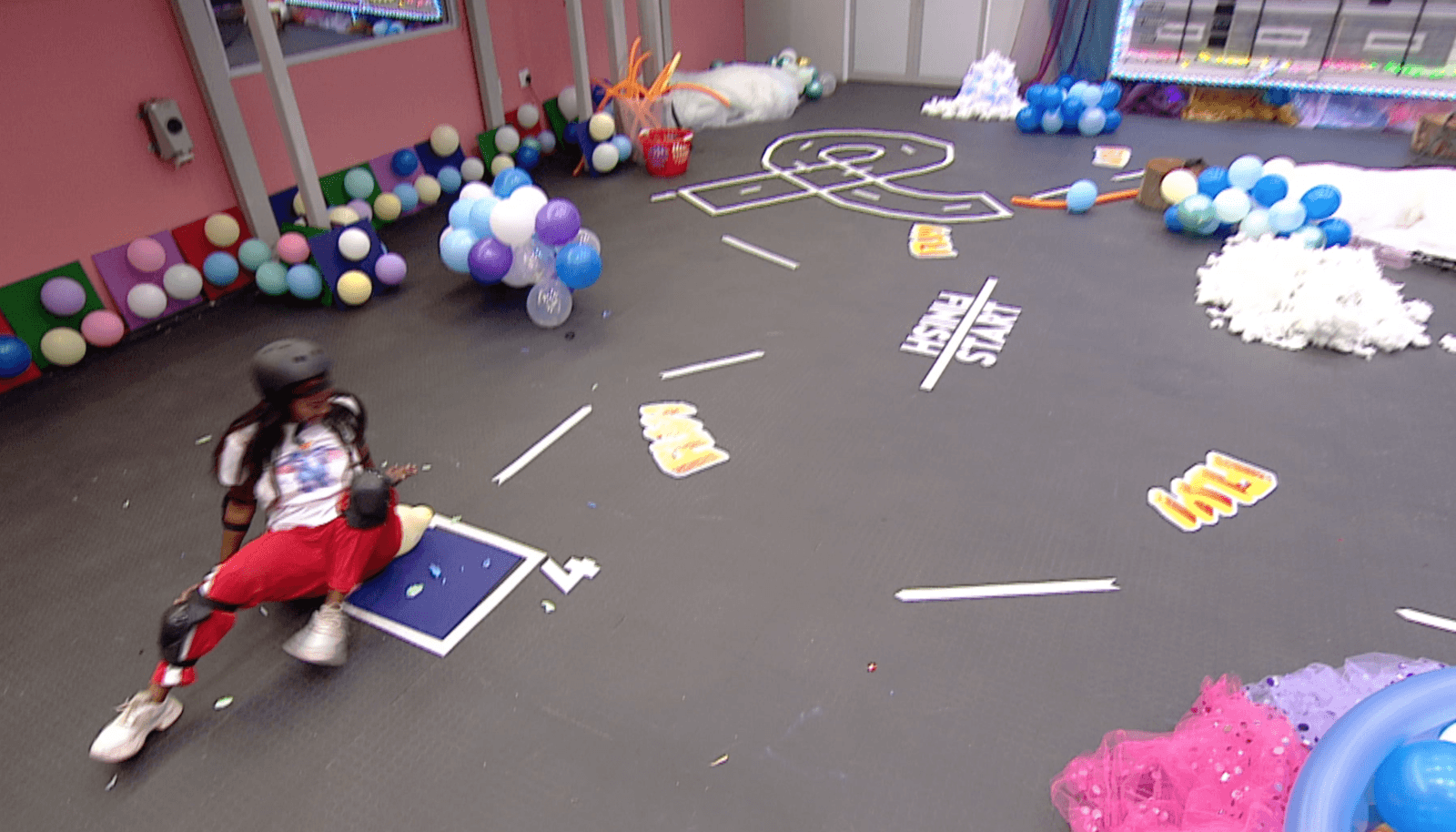 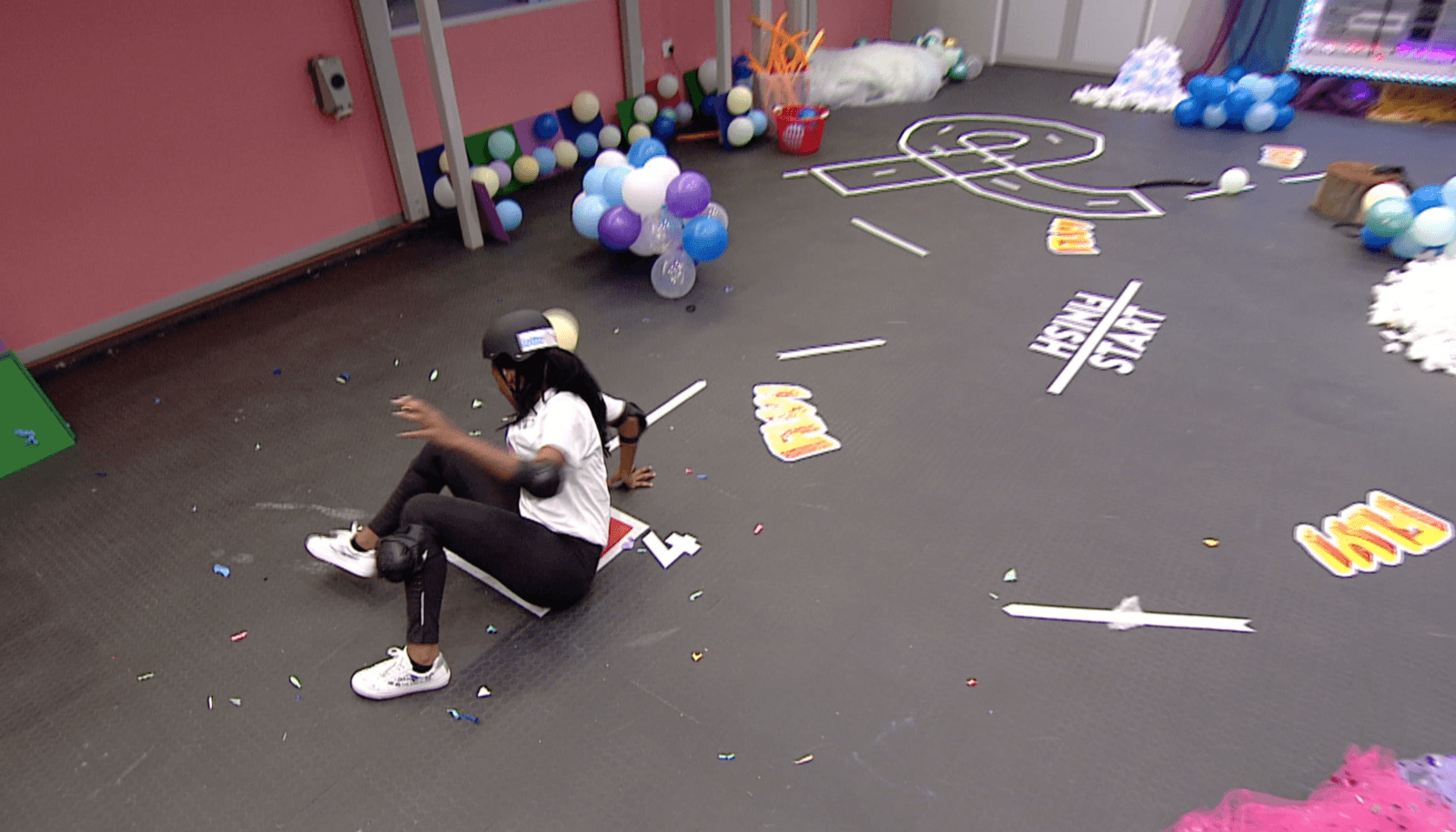 As expected, the housemates were fired up and battled it out. There was a lot of excitement in the Arena as individuals cheered for their favourites. Yoli received a standing ovation after popping all three balloons in one go. Nale disregarded Biggie's rules and she was penalised. Themba and Libo were the last two men standing. Both the guys completing the course in 47 seconds and Biggie had to call in for a tie breaker. After a very close score, Libo emerged victorious. 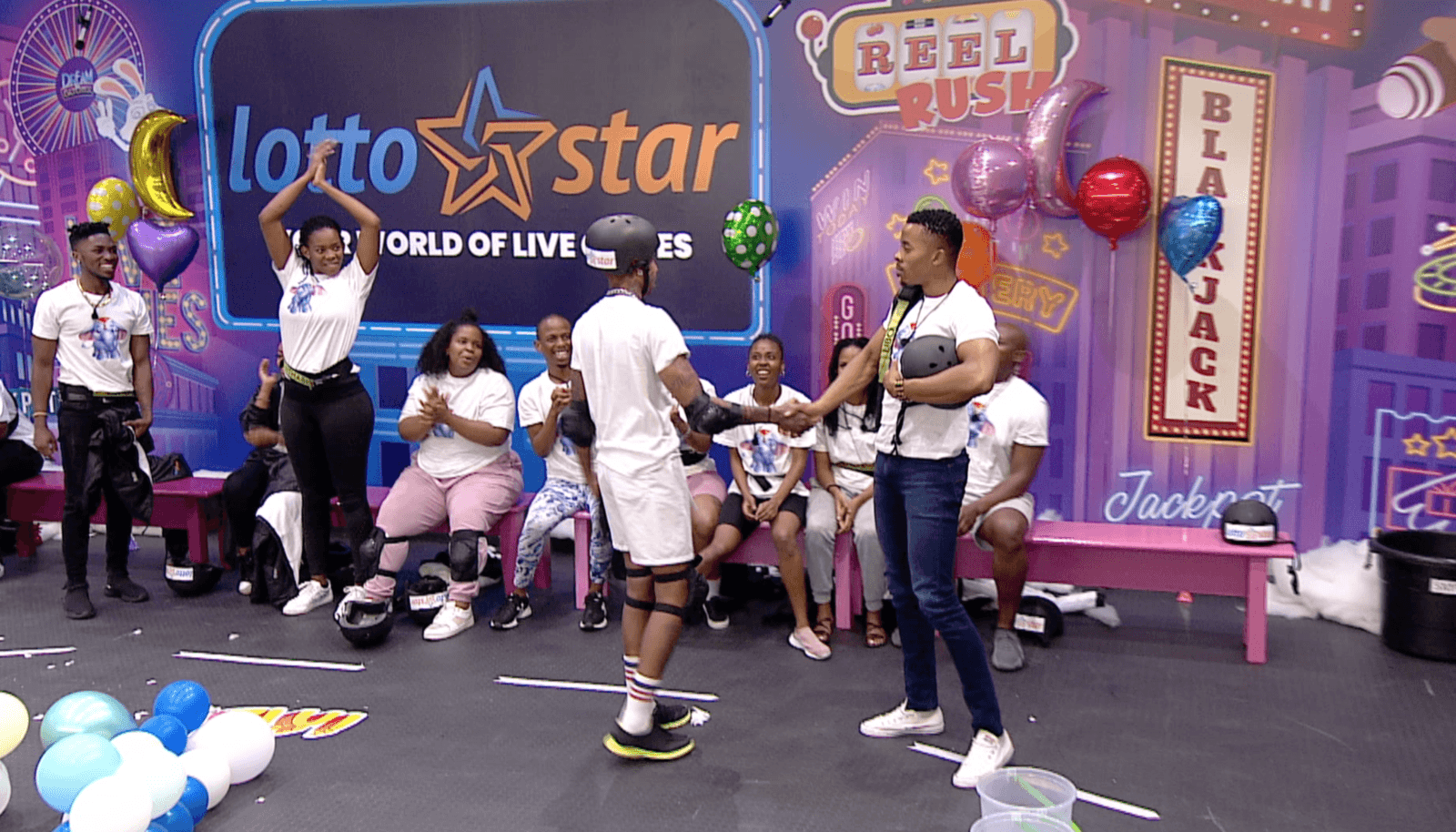 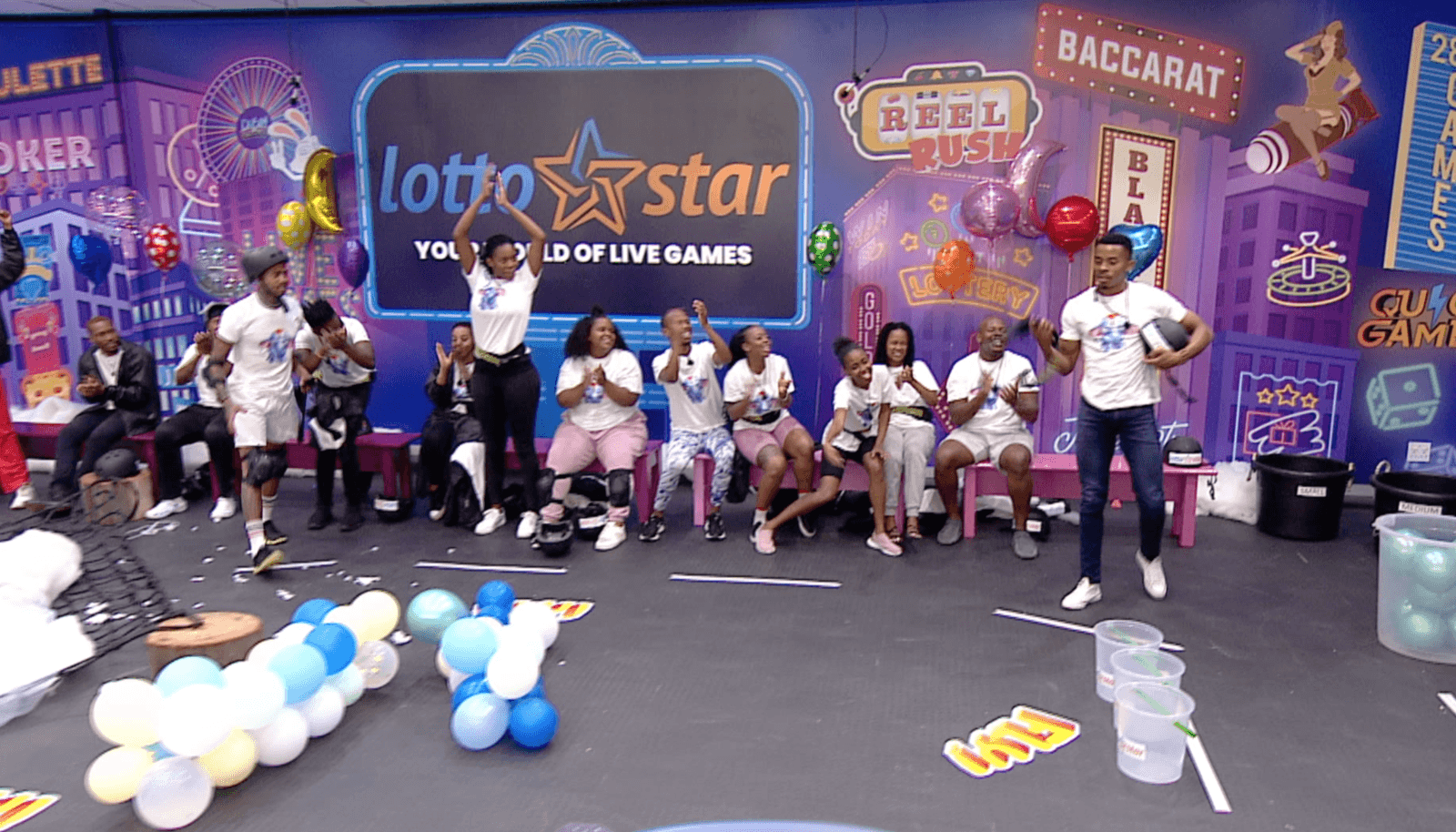 Video
Day 33: Victory for Libo! – BBMzansi
Endurance and speed were tested as the Housemates battled it out for the Friday Night Games crown. After a very close score, Libo emerged victorious.
Video
Day 61: Terry tears up the place – BBMzansi
The Friday Night Games took place tonight – as they do every Friday Night –and it was themed according to the Mad Hatter's Tea Party from Alice in Wonderland. After beating Libo in a tie-breaker, Terry won the night, and promptly got emotional.
Video
Day 30: Mphwabadimo has had it with Libo– BBMzansi
Mphowabadimo bursts into tears in front of her bestie, Nthabii who tries to console her. She tells Nthabii that she has had it will Libo’s behavior since she told him that she’s not interested in a relationship. Libo is not taking kindly to rejection.
News
Day 37: Libo’s state of the Big Brother Mzansi House address – BBMzansi
Big Brother Mzansi’s Housemate, Libo took a stand this morning when he addressed the entire House.