Day 19: What the Housemates think of romantic involvements – BBMzansi

News
11 February 2022
The Housemates were all asked a lot of things during today's Diary Sessions, but we thought we'd focus on a single topic, given the month. The topic? What they think of the romantic entanglements in the House.
Subscribe 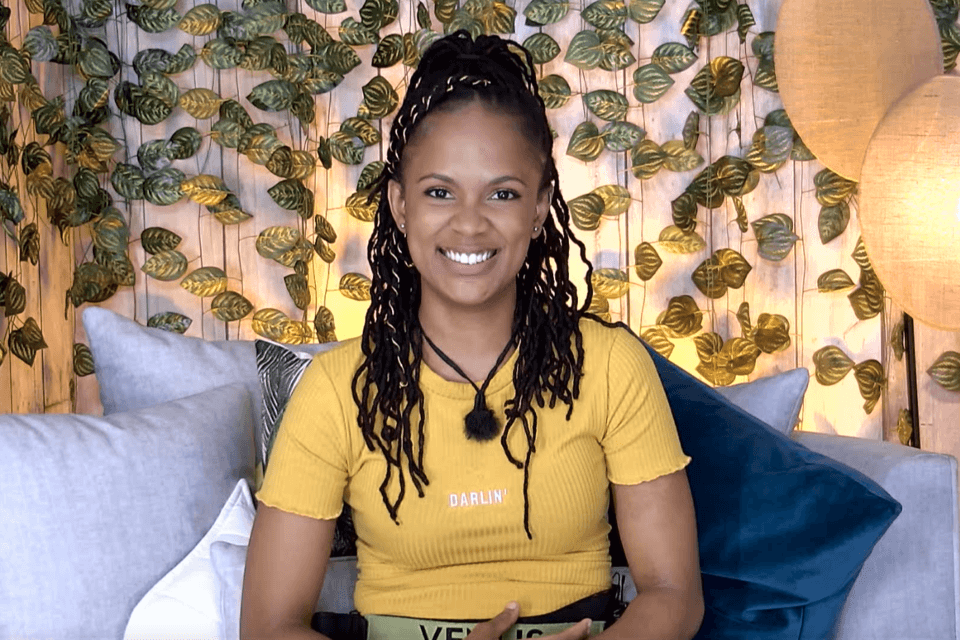 As somebody who has been part of relationship speculation, Venus was asked directly about her situation with BU. “I was openminded when I got here, but – just looking at the dynamics – it just becomes such an uncomfortable situation.” On the subject of BU specifically, she said, “I’m not sure I really trust him. He’s a slick talker, and I don’t really trust people like that.”

So – unless there are some drastic changes – that puts paid to that. 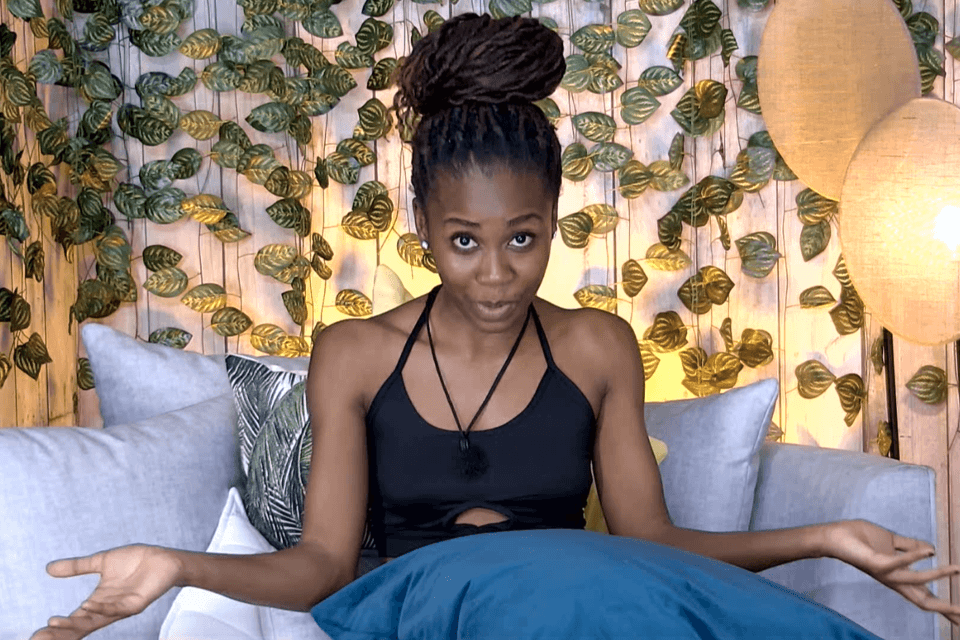 Thato spoke about the rejection she felt when Themba told her he had been trying to send her signals, but that he had moved on. “I was kinda hurt,” she admitted. “I was also flattered. Like, ‘finally, somebody sees me.”

On the subject of Libo, she said, “he’s a player. I think he’s playing the guy game, where you try to have all your options open.” She also said that romantic emotions are not suited to the duplicity inherent in the House. “The heart wants what the heart wants.” 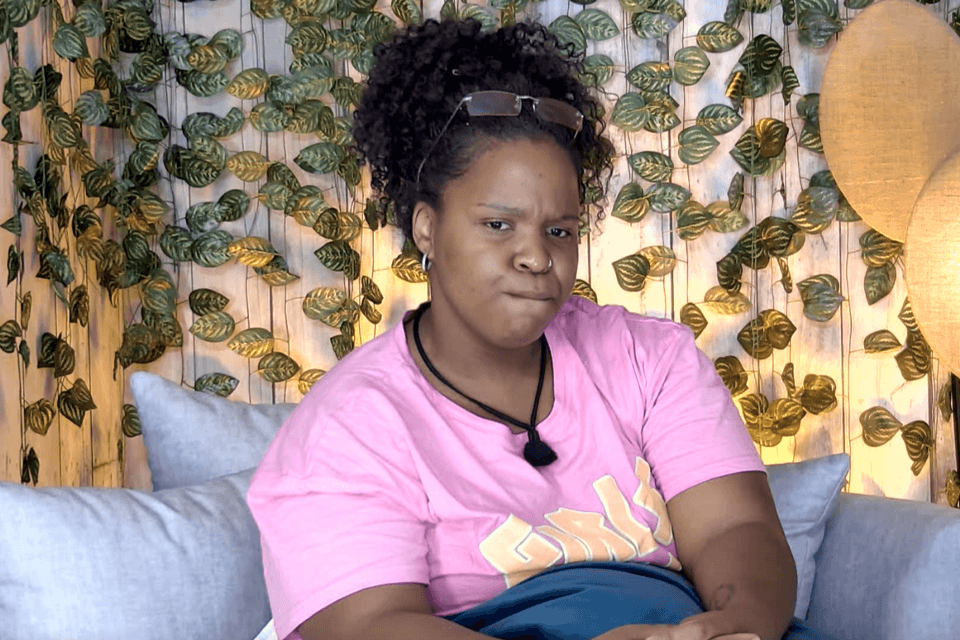 When asked about the romantic involvements in the House, Yoli asked Big Brother, “how much time do you have?” She went on to say that the House “has reverted to a high school society.” Speaking about the Vyno and Terry ship, she said that Vyno might be using it to throw her off her game. “He’s laying himself very bare,” she said, “but she’s not going to fall for it.”

That suggests that she thinks Terry might also be going into the relationship as part of a strategy, otherwise why would she be keeping her wits about her in a romance? 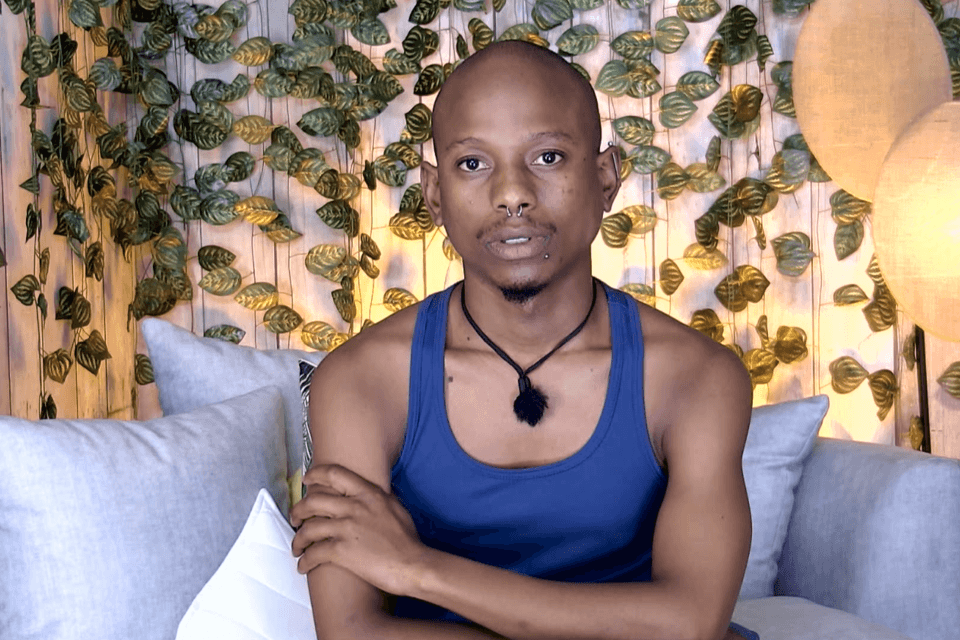 Sis Tamara had similar thoughts. “She needs to be aware of how [Vyno] could affect her. As much as I don’t really trust Vyno, I still want her to allow herself to experience that side of herself.”

Speaking more generally, they said that Housemates shouldn’t take things too seriously this early in the game. “For instance, with BU, Venus and Acacia – that whole situation was taken way too far how Acacia was taking things personally. She shouldn’t allow people to see her like that, because people just see her as this crazy person being rejected left and right.” 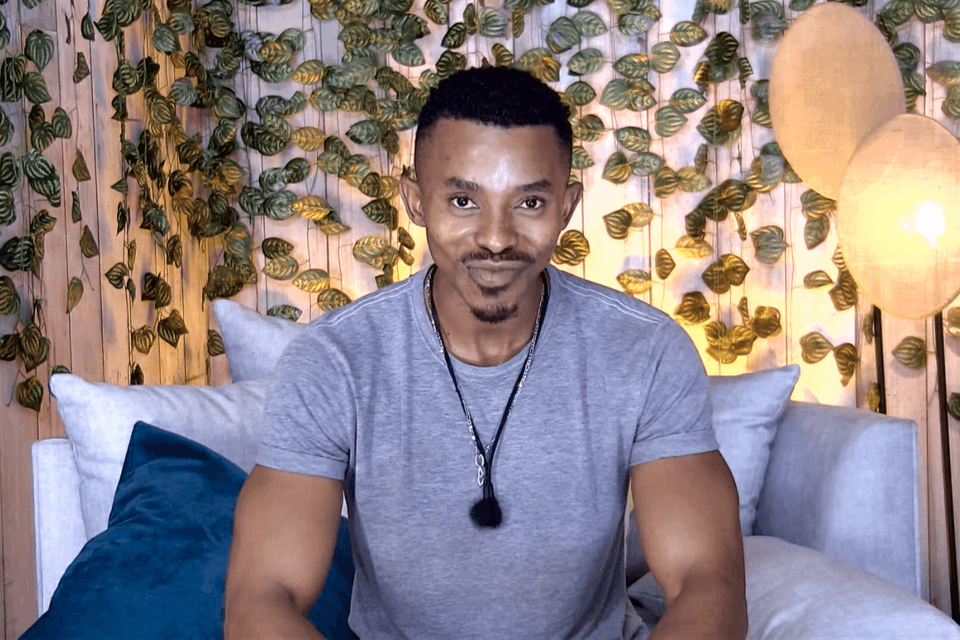 Libo, like Venus, seems to have decided to squash any romantic feelings they might once have held. “I do have feelings for Mpho,” he admitted, “but I’ve decided rather to listen to my mind. My mind is telling me to play the game.”

When pressed for detail, he said that he “didn’t think anybody would trigger such emotions. It scares me.” As an example, he said that “she wasn’t feeling well, and that affected how I felt. And that’s a problem.” Time will tell if Libo can stick to his decision, or if his emotions will prove stronger than his will. 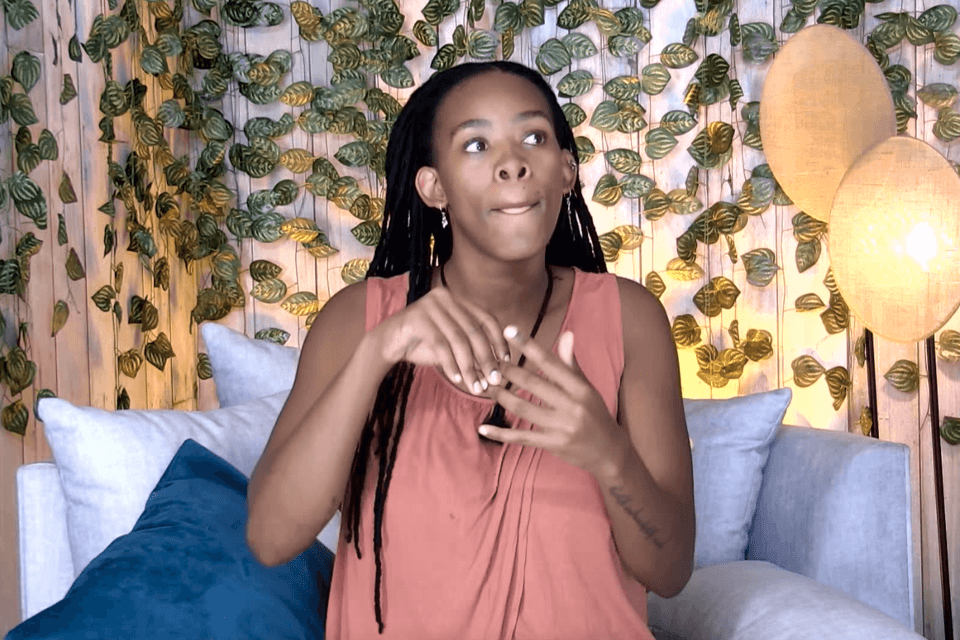 Not mincing her words, Nthabii weighed in on the House’s romantic dynamics with, “I think it’s a distraction, especially with the girls.” She also said how it could ruin people’s strategy. “It could lead to one party being very vulnerable and the other using that against that person.”

Which is exactly what Sis Tamara was worried about apropos Terry and Vyno, really. 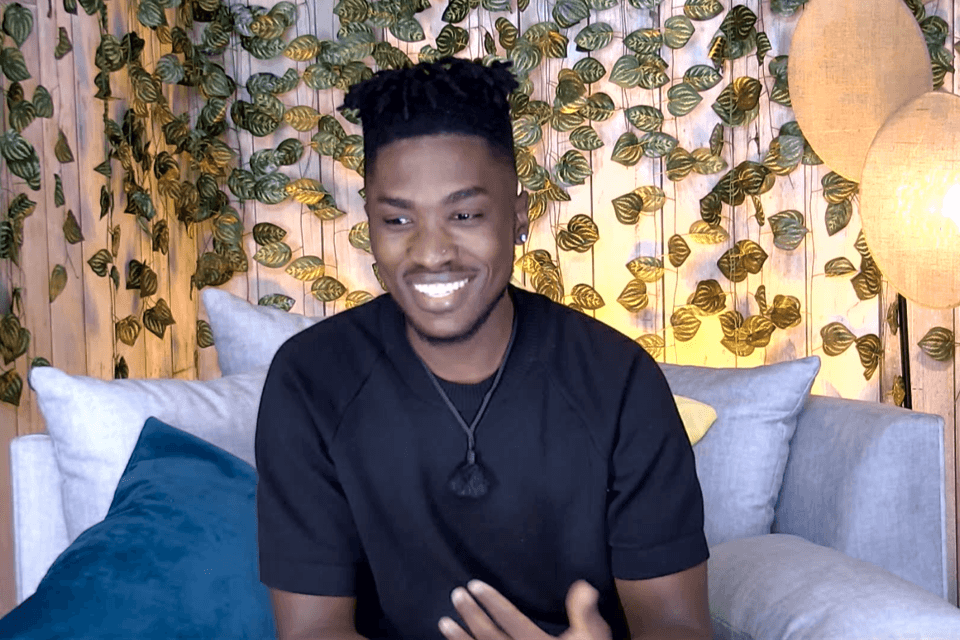 As a member of the most obvious couple, Vyno said that “Terry could be playing her own game.” He saw that being in a relationship might have a positive, though. “We’re showing unity. What we have is genuine, and some people would cheer for that.”

At this stage, we didn’t know how Terry would answer these questions. 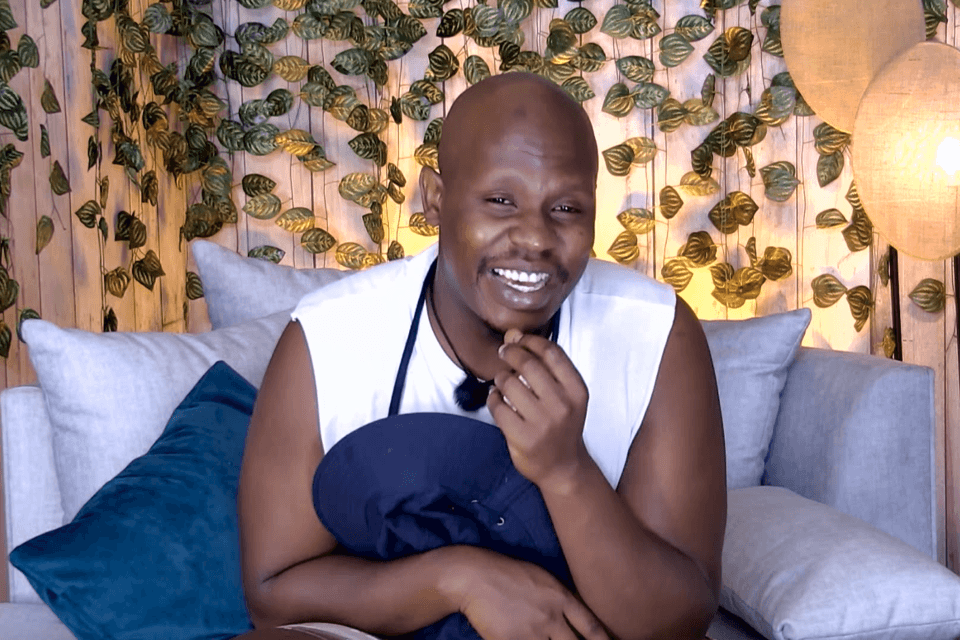 As somebody who expressed interest in Nale early on, Tulz seems to have moved on. That’s over. Nothing even happened, so I can’t even really say, ‘it’s over.’” Maybe he doesn’t feel too bad about that. “When I see Vyno as the only guy who was in the House for a week getting Nominated,” he explains, “I was like, ‘what?!’ You never see him arguing with anybody, and he’s Nominated? Personally, I feel he is Nominated because of Terry. I think people are punishing him for it.”

If he’s right about that, the other Housemates might really want to think twice before following their heart – or even their heart-shaped strategy. 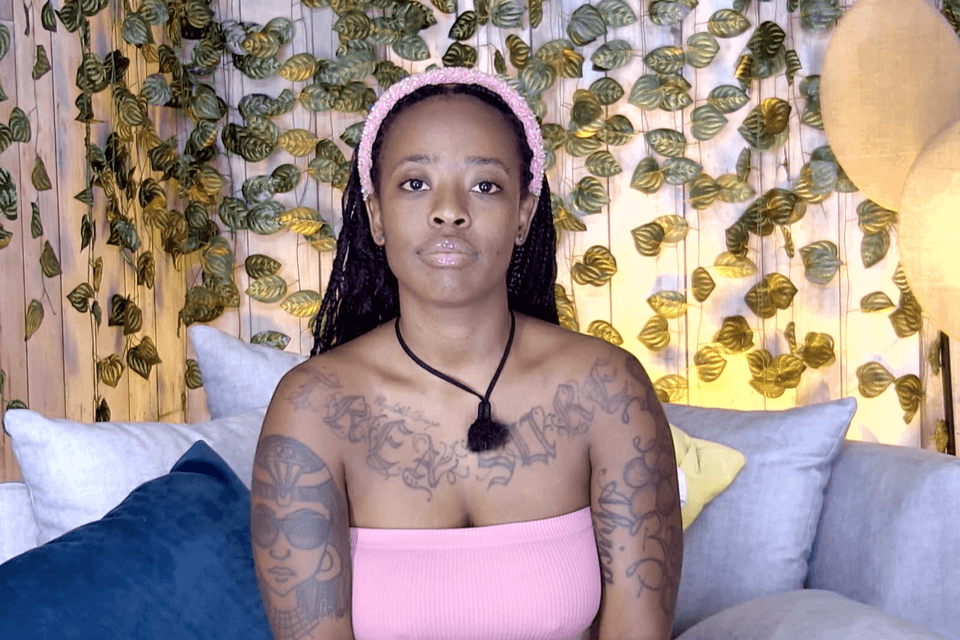 This was definitely a Diary Session we were waiting for. Terry has – one more than one occasion – made it clear that she’s playing the game. On her relationship with Vyno, she said, “I’m starting to realise that maybe he doesn’t realise what’s happening.” Explaining, she said that, “I did tell him I’m tired of having to look over his shoulder for him. If he makes it through this Sunday, next week he has to come with different energy, otherwise I might put him up for Nomination.”

Ouch. Terry is hard, yo. Themba didn’t mince any words. “Most of the time, emotional decisions are not the best decisions to make.” He went on to claim that, “some people will throw away two million for a relationship. I don’t know why.”  Saying that he’s “just looking forward to the two million,” Themba went on to say that, “you never know what happens. You fall in love – you fall in love.”

So a stone-cold strategist and a romantic, all in one? Let’s see which side wins. 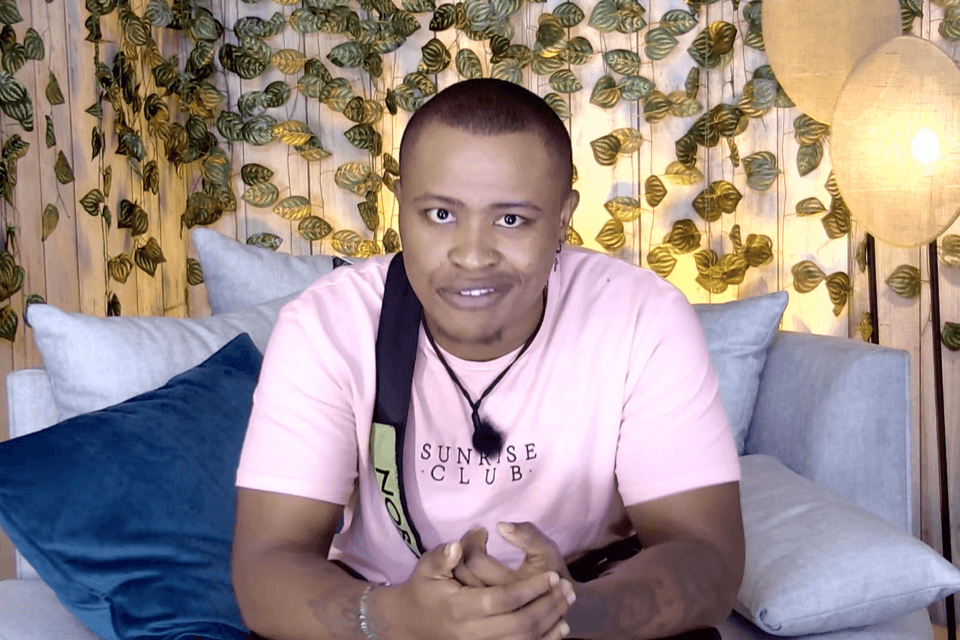 Perhaps because he is not anywhere near a relationship in the House, Norman wasn’t even asked his opinion on the matter. Instead, he spoke at length about how he would like to be everyone’s friend so that they feel bad about Nominating him. However, when asked who he saw as the three strongest competitors in the House, he responded with, “Yoli, Libo, Venus.”

It should be worth noting that two of those names belong to Housemates who are (or are seen to be) in some kind of relationship. Which says a lot. We’ve just not sure what. Was not asked about relationships directly, either, but her animosity toward Venus rose to the surface, and she admitted that its roots were in romantic feelings. “The animosity between me and Venus really does have something to do with BU.” She said that Venus knew that Acacia was into him – even going so far as to ask her in front of him. “Now they’re having this little thing.”

She clearly doesn’t know how Venus spoke about her and BU’s relationship – not that we think it would matter. It might even make things worse. 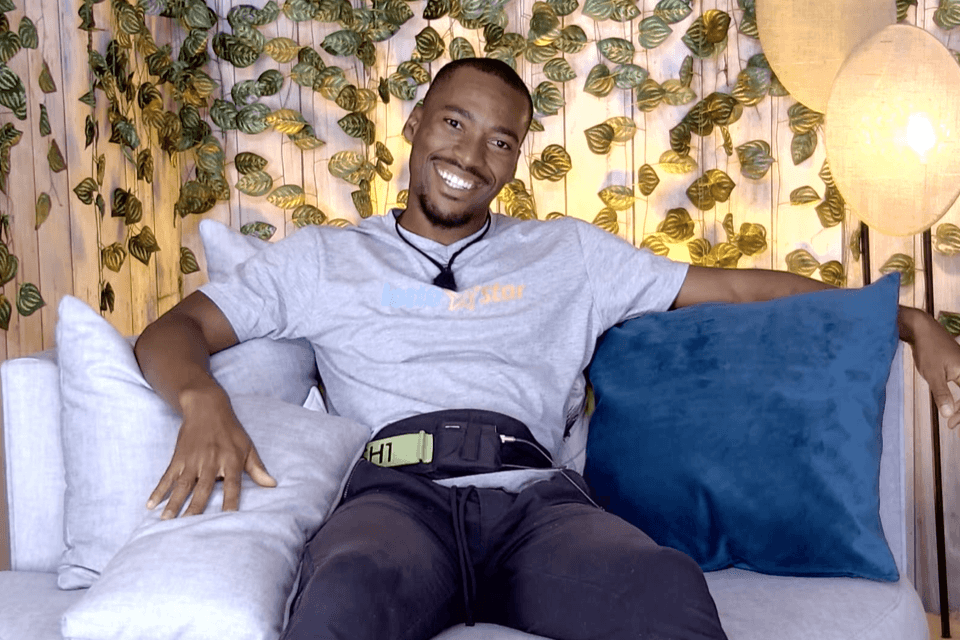 Gash1 doesn’t see being in a relationship as an unmitigated joy, either. “Most of the people who have formed into pairs are feeling a bit more pressured. They’re trying to downplay it.” He’s also of the opinion that Mphowabadimo and Libo “really love each other”, but recognises that each of them is concerned about other things. 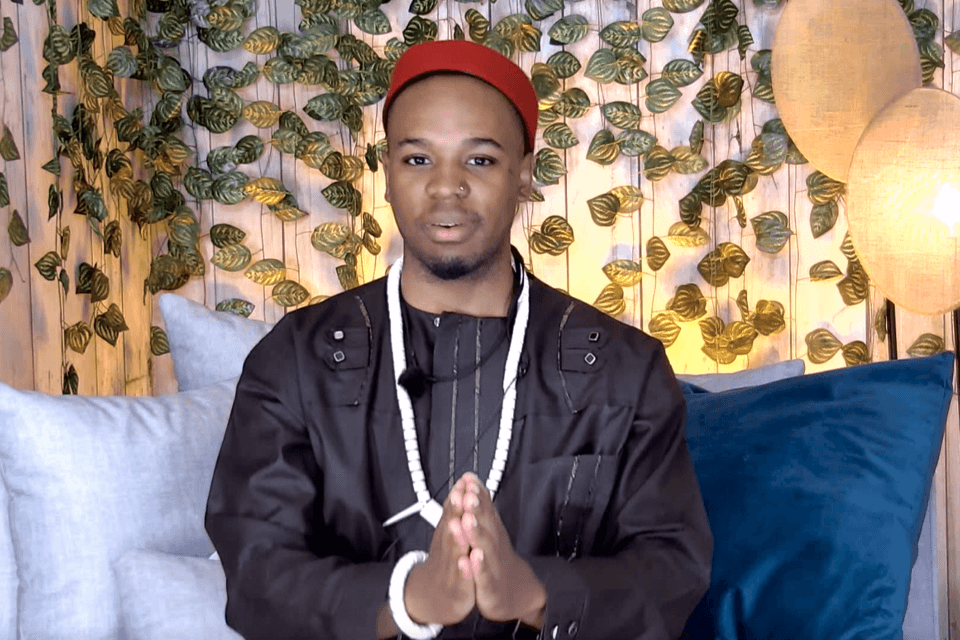 Again, not a Housemate who’s very involved in a relationship. In fact, he’s stated on numerous occasions that he does not want to be tempted, because he has a girlfriend outside the House. He has said that Venus would be a temptation if he let her be, and – today – he mentioned that he and Venus are very alike: they play the same game, they’re both under the radar and – sigh – they share a star sign. “We’re both Pisces,” was his enthused comment.

We’ll leave it at that. 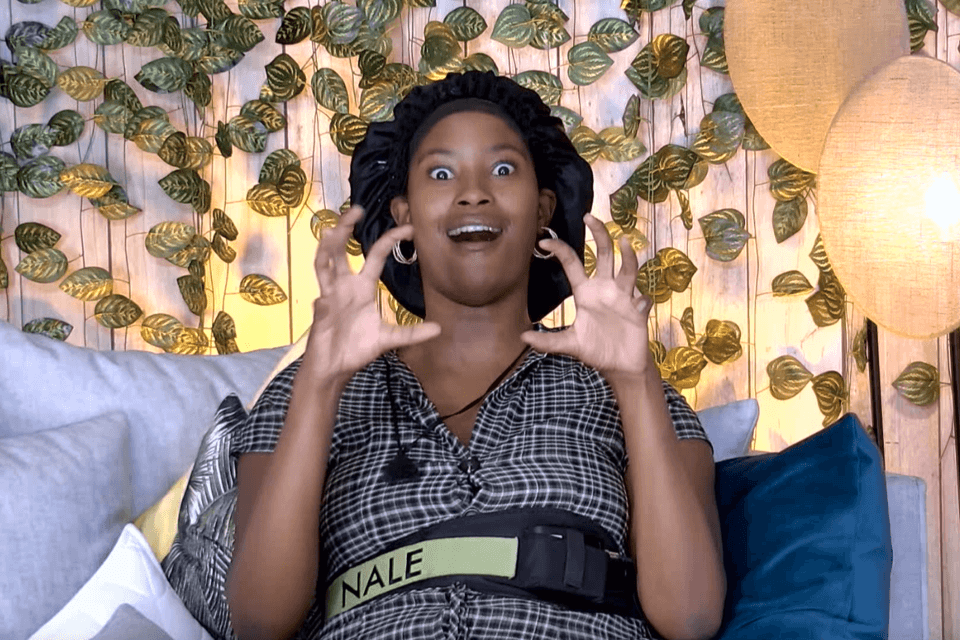 Big Brother didn’t have any relationship questions for Nale. To be fair, that not exactly top of mind for, considering she’s up for possible Eviction this Sunday. Her session was subsequently short and sweet, and not particularly informative, viz. romantic entanglements. Phooey! 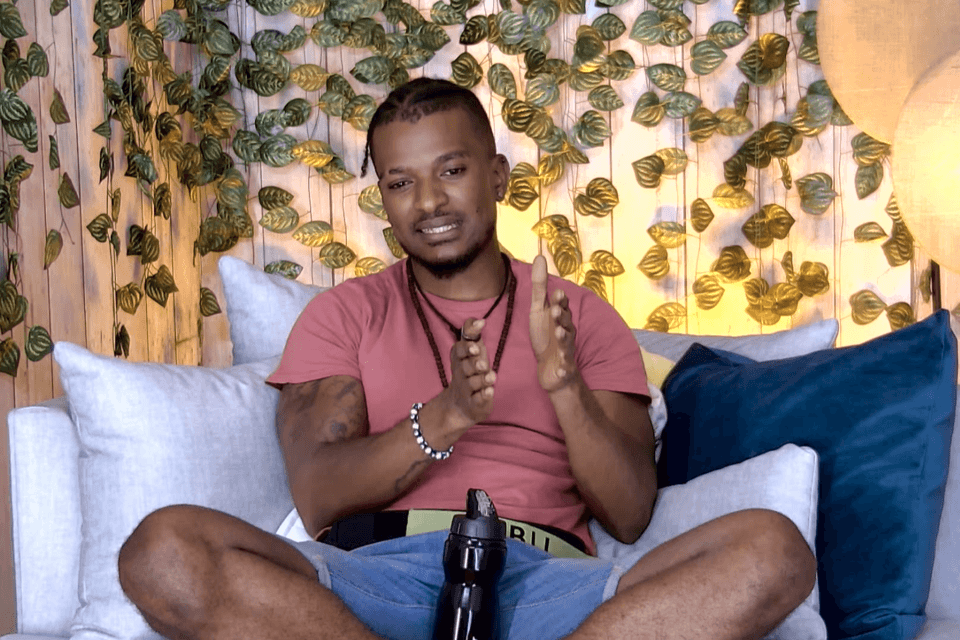 Finally, we got to BU, who everybody wanted to hear from. While we already heard from Venus that she doesn’t entirely trust him, BU thinks that might stem from the fact that “her past relationships with people have not been the easiest. I’ve been trying to get to know her, and she’s been running away.” He then went on to say that “she’s worth the wait.”

Which sounds sweet, sure, but – when women “run away,” stop chasing them, maybe? 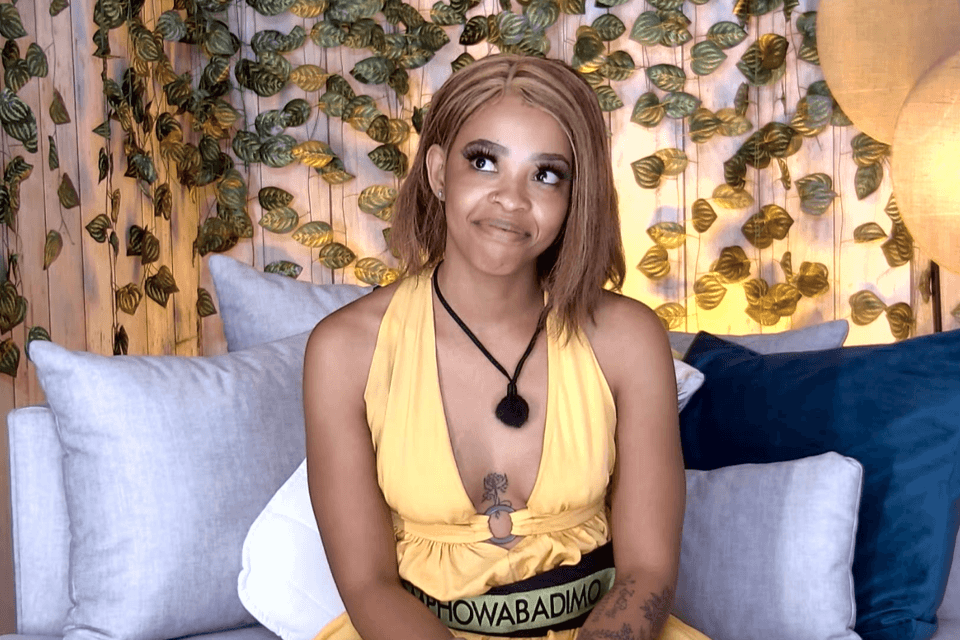 You’ve already read how Libo decided to “follow his mind rather than his heart” when it came to his budding relationship with Mpho. Uhm, maybe – not so much?

Mpho wasted no time in telling Big Brother that Libo is trying his luck. “Libo is too much of everything. Whatever is happening between me and Libo is strange, because he is allowing pressure around him to influence him.” She went on to say that “deep down, I want him to be up for Nomination, so that he can crack.”

“If it’s going to be part of the game, then I am going to play as well.”

Video
Day 60: Memories made - BBMzansi
Housemates go down memory lane as they reminisce about their early days in BBMzansi. Here's what they think about some ex-Housemates and their stories.
Video
Day 28: Who is most likely to? – BBMzansi
The Housemates reveal what they think of each other in this game. It was very interesting to see what they think.
News
Day 13: In their own words – BBMzansi
During yesterday’s Diary Sessions, the Housemates had the opportunity to discuss the others in the privacy of the Diary Room. Private, that is, from the other Housemates. Not from us.
Video
Day 10: What HAVEN'T they done? – BBMzansi
The Housemates play "Never Have I Ever" – some of them haven't never done anything, it seems. These guys are game for new experiences.