News
11 July 2017
All the elements that went into their perfect wedding.
Subscribe

Tebatso and Nhlanhla's love story dates back 17 years when they were both but teenagers. From not knowing what they would do after school to knowing exactly what they wanted for their wedding, this pair has come a long way. They were adamant that the elements that would go into a perfect wedding would be the bridesmaids' dresses, the cars that would take them to the ceremony site, and the gentlemen's suits.

First stop on missions days was to view the cars that would transport the lovey couple to the ceremony site. A blue Mercedes Benz hatchback was the groom's chariot of choice, and the bride would be swept up in a Benz of her own. Both cars are owned by a family friend, who would drive them both to the church herself. 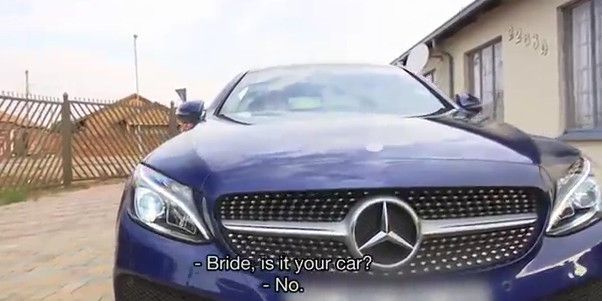 Next stop was to the seamstress to view the bridesmaids' attires. The bride chose a fun mint cocktail dress for her maids to wear to the ceremony and reception, and a technicolour knee-lencth dress for the traditional ceremony. Makoti gave both the thumbs up, though the mad of honour lamented the dresses being too long!

The final stop was to the suit shop to view the groom's suit. He chose to hire a suit instead of buying one. He opted for a navy suit with a grey waistcoat.

All in all, the couple ticked off all the items of their wish list and had a perfect wedding.

Video
Audition DAY 4: Tebatso Kgiale – Idols SA
It's not easy to earn a spot for Theatre Week, but it's so worth the try for them – better luck next time!
Video
Audition DAY 1: Nhlanhla – Idols SA
It wasn’t the worst swing, but this audition failed to smash it out of the park. With a little more practice, we might see them succeed, next time.
Video
Nhlanhla Xolani Zwane – uTatakho
Nhlanhla Xolani Zwane, finally gets the answers he needs to solve a paternal quarrel back at home.