Review: Thinking outside the box

News
29 August 2017
The pressure to impress mounted this week.
Subscribe

This week, the duos had their creativity put to the test, as they were required to prepare colourful and flavourful vegetarian side dishes, using some ‘not so colourful’ vegies.

The duos had brinjal, jalapeno peppers, green beans and cauliflower to work with and they had to incorporate the famous KFC coleslaw in their dish.  Find everything that was in the Ingredients Boxes this week, here. 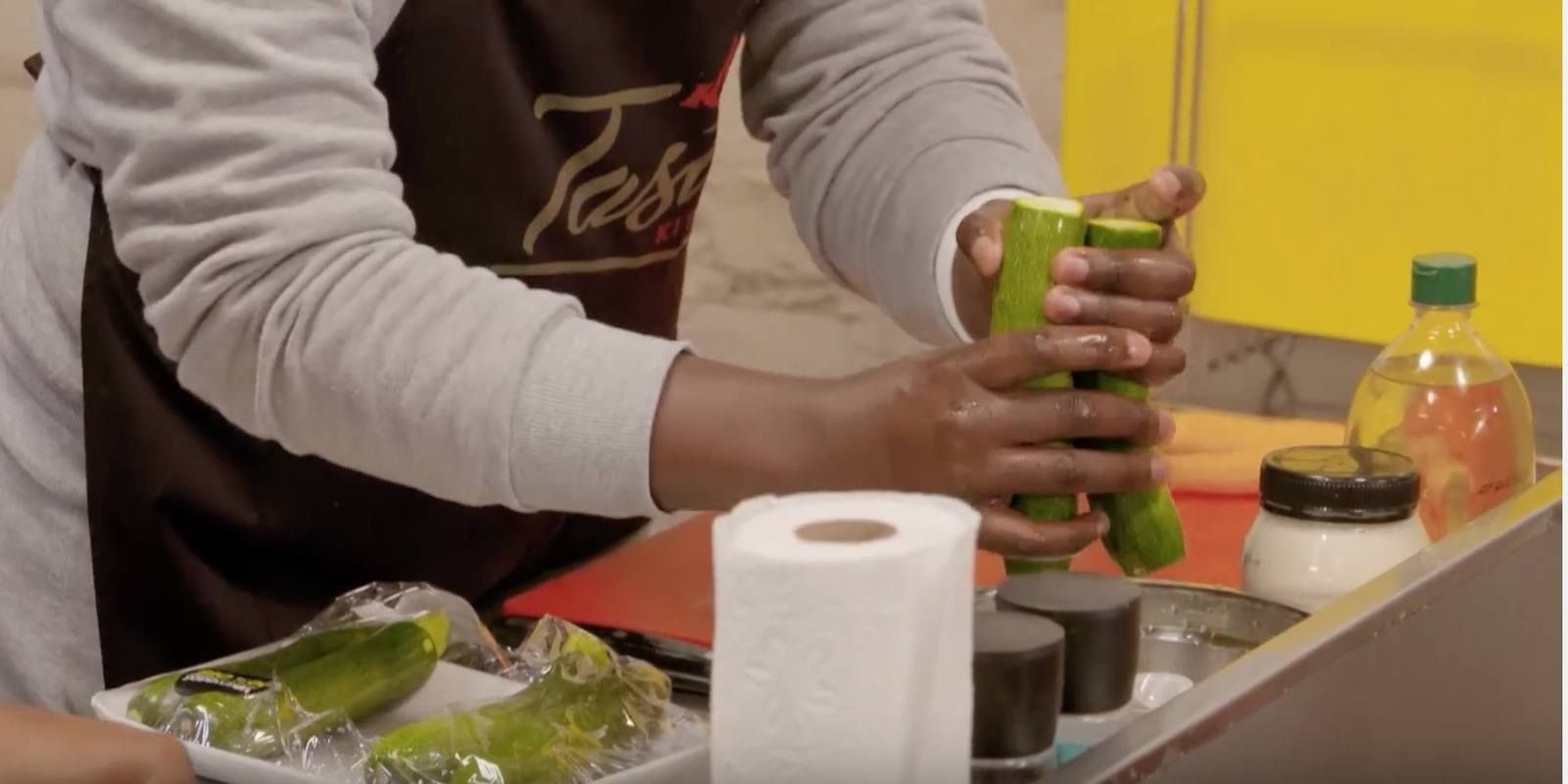 A lot of the duos have been in both the Top and Bottom Two over the past couple of weeks and it took a quick reflection of last week’s challenge with host Bonang Matheba to get them all fired up for this week’s challenge.

The next 45 minutes of cooking time revealed dissimilarities of views among the duos. It might have been the pressure to impress or the fact that none of the duos had impressed the judges last week, one can’t really put their finger on it but what was clear was the fact that they duos knew they had to put in extra effort this week.

Chefs Lucia and Lentswe were pretty much impressed with most of the dishes. Judge Lucia even noted how Pumla & Ngcingci had redeemed themselves this week and challenged them no to “drop the ball.” Twitter fans were also raving about the dishes.

Duos Ali & Nosizwe and Pumla and Ngcingci came out tops this week. They competed in the immunity challenge and after the challenge, the judges announced that they wouldn't name the winner this week, saying we’d all have to wait for the next week to find out who won the challenge. Sadly, Sandile & Bongani’s journey came to an end and we had to say goodbye to them at the end of the show.

Video
This season in review – Idols SA
Since they’ve been part of every single episode, we thought that the Idols SA judges were the best people to give us their thoughts on the season that is busy coming to an end.
Video
I think I’m going to explode! - Forever Maybe
Philicia and Thabang had a very intense therapy session with Lindelani. Family has been the biggest issue with them and Thabang’s explanation of how a meeting unfolded caused Philicia to lose it because she said he was lying which made her very emotional.
Video
Day 69: Remembering the world outside - BBMzamsi
The Top 5 Housemates woke up bright to discuss everything about their lives outside BBMzansi. All in all, they are so excited to get back to their daily lives.
Video
Can't stop thinking about Nox – DiepCity
Herbet visits the girls at their workshop just to try to see Nox and later he tells her again how he feels but she runs off again.