News
04 July 2017
All the elements that made up their perfect wedding checklist.
Subscribe

Luxolo and Nokuthula are a couple that has already endured a lot in their relationship, as young as they are. They've survived a violent armed robbery that resulted in Nokuthula suffering a miscarriage. Through the love and support of their family and friends, they survived it and found a way to stay together. Only a perfect wedding would be fitting for this resilient and strong couple. To make their wedding perfect, the pair wanted their decor to be from the top shelf, their cake to be a towering splendor, and the bridesmaids' dresses as well as the bride's gown to be showstoppers. 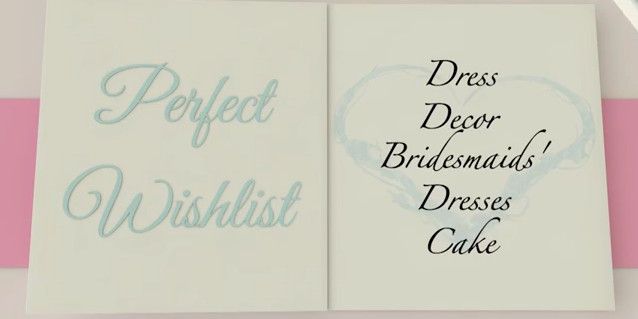 The first stop on their mission towards a perfect wedding was to the confectionery to taste and pick up their cake. They learnt upon arrival that even though the porcess of preparing the cake had begun, it was not complete and they would not be seeing the final producr. Instead, the confectioner had taster cupcakes laid out for the couple in red velvet, carrot and vanilla flavour. The couple had given her a brief to create a four-tier cake; the bottom tier in carrot flavour, the two middle tiers in vanilla, and the top tier in red velvet. Everybody tasted the cupcakes and agree that the cake would be finger-licking good. A picture of the cake on a phone gave Nomsa a glimpse into what the final product would look like.

Next on the agends was the reception venue decor. The couple had given their vendor a brief to create an aqua and silver paradise, and she translated beautifully. The piece de resistance was the flashing fairy lights on the backdrop behind the head table, that Nomsa remarked that it made the place look just like Hollywood.

The last stop of the day of missions was to the seamstress to pick up the bride's gown and the bridesmaids dresses, as well as for one final fitting. When they arrived, they were met with the news that not all the gown were quite complete yet, but that everyone was committed to working through the night if need be, to complete the dresses. For the bridesmaids, the seamstresses created aqua cocktail dresses with silver embellishments. The bride chose a dress that had to be brought in from Durban to be altered and customized in PE. Her gown was a white, drop waist gown with a crumbcatcher neckline, and intricate detailed beading on the bodice. Some drama ensuded when the owner of the shop, and elderly lady by the name of Pat, wanted to hang up her measuring tape and go home before the gowns were complete. The bride's sister took charge of the situatio, going as far as confiscating Pat's car keys so she wouldn't go anywhere. The bride asked for a moment to speak to Pat, and in the end, it all worked out, because on wedding day, all the dresses had been completed. 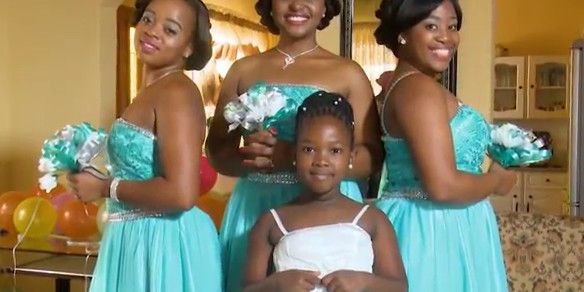 There certainly were some hiccups along the way, but in the end, the couple managed ot tick off every item on their wish list and proudly declare that they had their perfect wedding.

Video
Theatre Week: Nokuthula – ‘Ebhayi’– Idols SA
Nokuthula brings some soul to Ami Faku’s hit Ebhayi as she battles for a spot in the Top 12.
Video
Theatre Week: Lilita and Nokuthula – ‘Lovely’
A good effort ensures that these two made it through to the next round of the competition.
Video
Nonhlanhla's big day
Nonhlanhla's mobile kitchen is open for business, show her the money and she will make your belly happy.
Video
Day 3: QV last Big Brother interview – BBMzansi
Following her voluntary departure from the Big Brother Mzansi House, our team sat down with QV to talk to her about her plans for the future and the positive memories she will take from the experience. She is very clear that the whole experience has been good for her.