News
18 August 2017
Chili's love for Zee clouds his detective judgement. Shoes' love for his family stops him getting justice.
Subscribe

It has been a series of catch 22's for our favourite detective duo. In his quest to take down the Skhakhane's, Chili has also fallen in love with his father's adopted daughter and fallen deeper into the world of crime. Shoes may have an iron will to take own the bad guys, but no man would give his family's lives for justice. How will our favourite detectives bring down the bad guys?

No one can doubt Chili's taste for risk and his desire to win, but his methods and whether he still carries a desire for justice has become questionnable. He has already witnessed a number of murders and listened to confessions of heinous crimes, but the fearless detective has done very little to act on this information or infrom authorities.

Along with being a risky police officer, Chili also has an eye for the ladies and they seem to notice him quite a bit too. Ever since his ex-girlfriend was killed in a botched undercover operation, Chili has taken even more risks in love. His latest love interest - Zee is the precious adopted daughter of the mafia king Skhakhane, who is also Chili's father.

Will Chili's relationship with Zee affect his judgement in his undercover mission? Is Chili still chasing justice or just enjoying the close relationship he is building with his father? 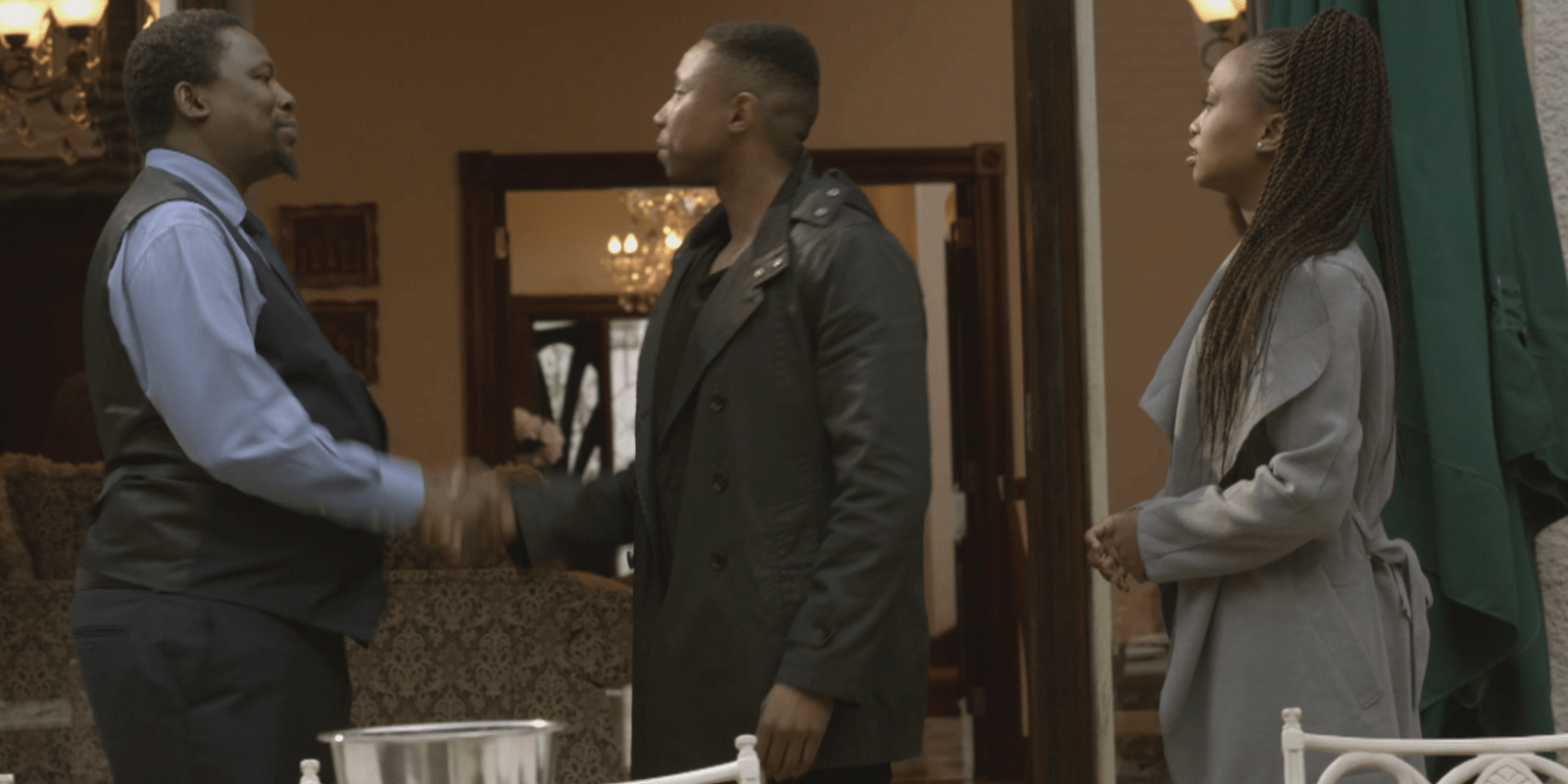 How I'd love to have a girl like Zee throwing herself at me like she is at Chili. 😩😩. #iNumbernumber

Zee is too forward neh...&for some reason I think Chili is just pretending to be in love with her...just leading her on... #INumberNumber

Detective Shoes is the quintessential good-guy. Committed to his family and also married to the law. However, it seems he may have to divorce himself from one of these. On one hand Shoes's wife wants him to go as far as leaving the job his love and on the other he wants to clean up the streets of Mzansi.

The stakes are high for the zealous detective. His wife Thuli has threatened to leave him if he does not leave his job. At the same time, the human-trafficking victims he saved from captivity were quickyly murdered by mob king Skhakhane.

Will Shoes choose forever love over the eternal human need for justice? How will Shoes protect his family and bring the bad guys to book?

Tune into #iNumberNumber every Sunday at 20:00 to find out!

Video
The Mseleku's celebrate Musa – Uthando Nesthembu
The Mseleku's celebrate Musa's birthday and spoil themselves with some adventurous activities, the day is a a success filled with lots of love and laughter.
Video
Ma, why doesn't dad love me? – Uzulu Nomhlaba
Zulu is still very much having a tough time with his father and he's now questioning why he doesn't love him. On the other hand, Mhlaba is still struggling with making his mother understand that she cannot choose what he can do with his life but it seems to be a tough one. Tune in to #UzuluNomhlaba every Sunday at 20:00.
Video
‘Strategies Housemates didn't know they need’ Lawrence Maleka – BBMzansi
Housemates may say they don't have a strategy for the long game but our BBMzansi Host is dishing his pro-tips on how to survive Evictions and possibly win the whopping grand prize.
Gallery
Reliving the Sbudeka love story – Isibaya
Is there any greater love story than Sbu and Thandeka's? See the most beautiful love story every told in pictures.