News
11 August 2017
There were more than continents colliding for the East meets South challenge.
Subscribe

This week in the Taste Kitchen, the duos' palates were put to the ultimate test. It's one thing throwing together a mouthwatering meal that's close to home, but how would they do when asked to create a side that took them to places around the world that not all of them had been to? How would they do with flavours that they weren't accustomed to, while all thw time remembering that they were cooking for a million rand prize? That's the challenge that presented itself when the duos got te brief that they would have 45 minutes to create a "East meets South" dish; one that was the perfect blend of aromatic Eastern flavours and hearty Southern home cooking.

No sooner had Bonang given the duos the green light to start cooking, it became clear that many had misheard or misinterpreted the brief. One such couple was Pumla and Ngcingci, who bounced around ideas for meal ideas that were based on East meets South. The duos furiously cooked away, but in judging, it was clear that while the judges found many of the meals quite tasty, most of the duos had neglected the South Element. 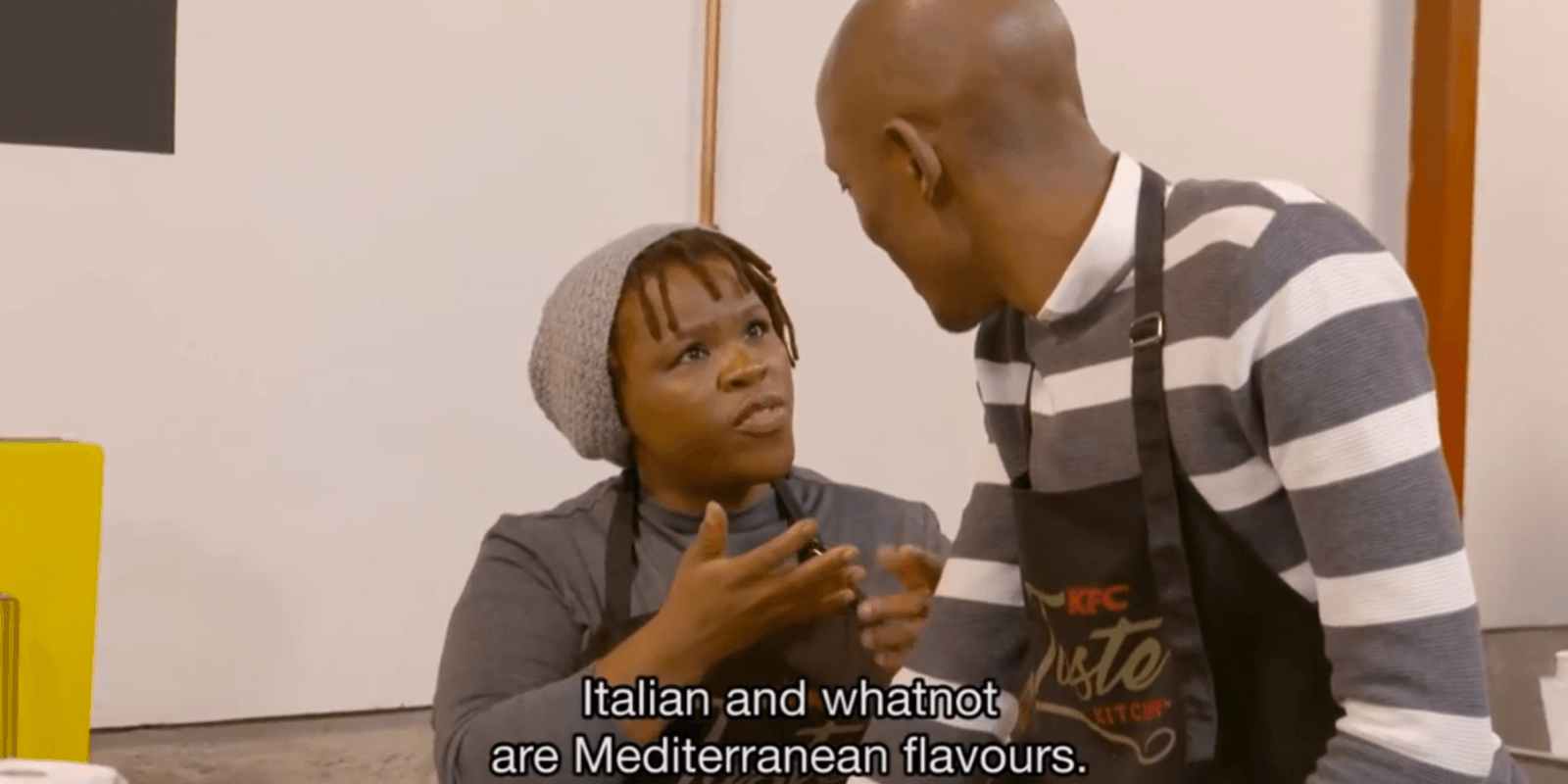 Group two exercised more caution in pinning down the correct brief, and their dishes contained more of the hearty food that's charactersitic of the South.

After the last mouthful had been tasted and critiqued, it came time for the judges to annouce which two duos ad cooked their way into the top twp spot. Making an appearance in the top two, for the third consecutive time, were Nozipho and Flo, whose brothy dish had taken the judges to a KFC in China. These two ladies seemed unstoppable. Joining their ranks were fan favouroties Ruan and Aquilla. 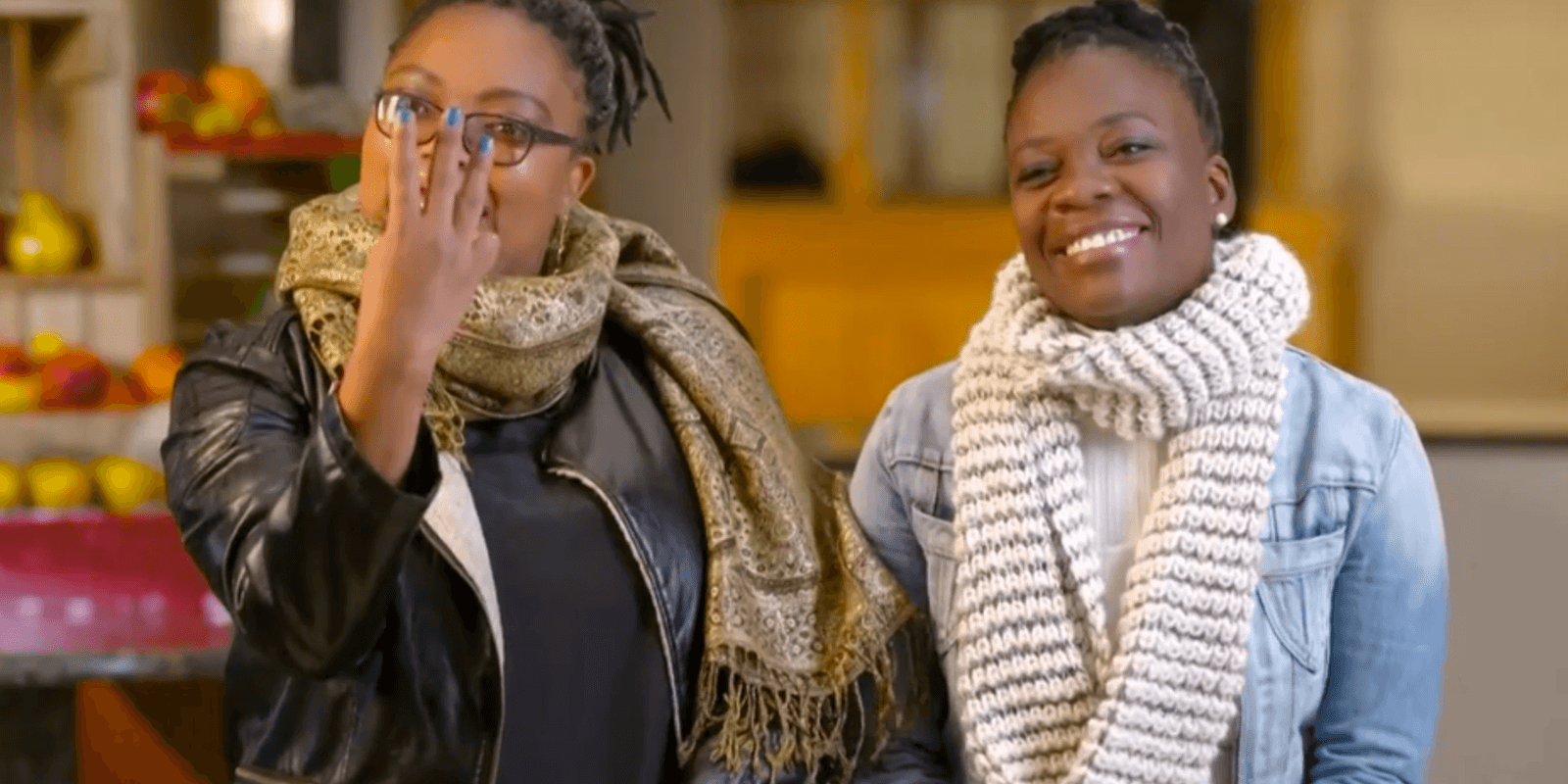 Cook for Your Life

There were two top two duos, but only one imminuty prize, and both duos would have to flex their culinary muscle, show their mettle, and cook for it. Aquilla picked the individual pan, which meant only either her or Ruan would complete the challenge, without the help or input of the other. They discussed it and decided Ruan would be the one suiting up for battle. Nozipho and Flo picked the tag team pan, and the challenge would be a team effort for them. 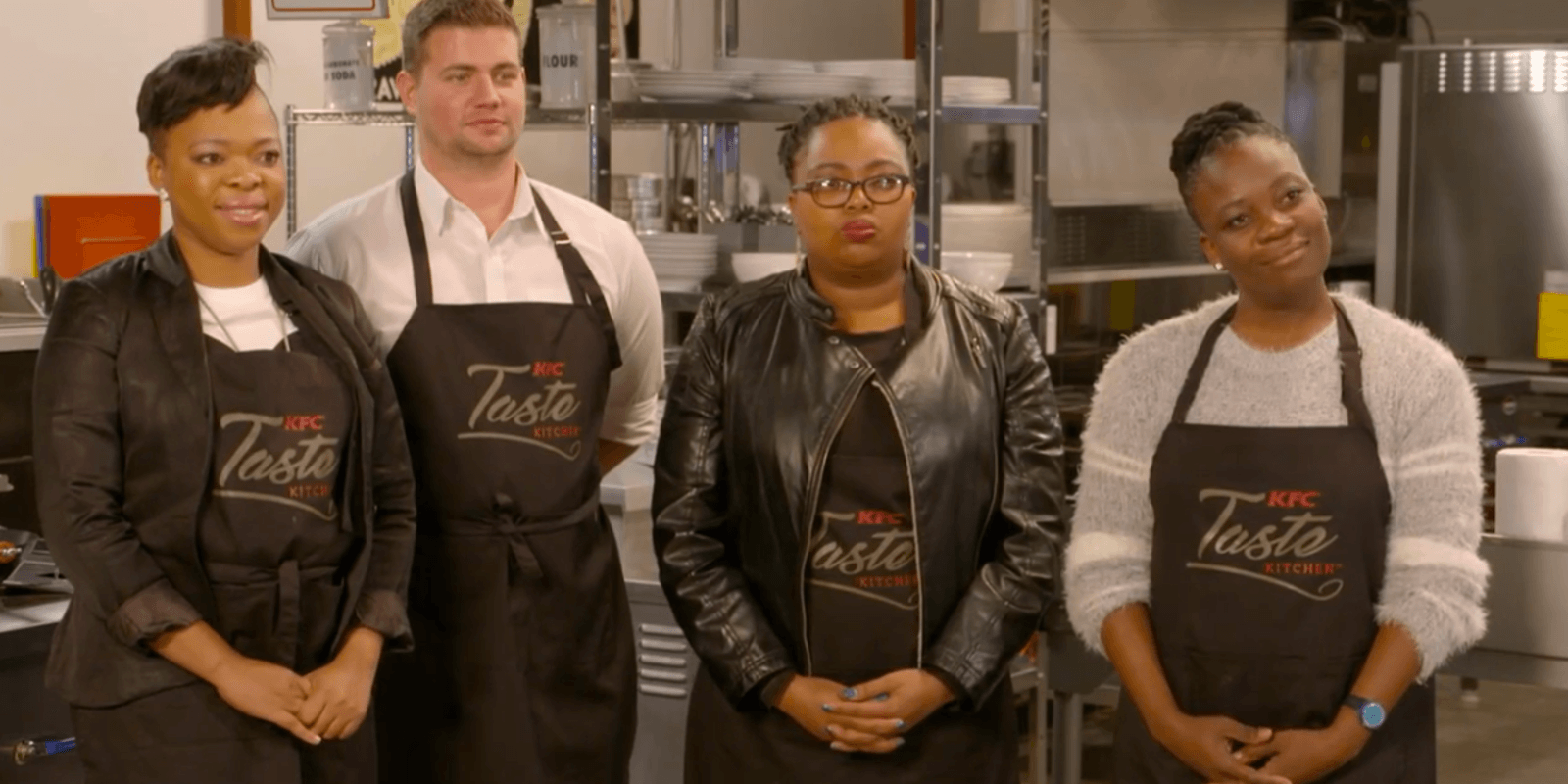 Banished to the corner in silence, Aquilla watched on helplessly as Ruan took on the challenge of making egg rolls. The cracks in their usually seamless partnership quickly showed itself, with Aquilla staring daggers at Ruan, obviously disapproving of how he appraoched the challenge, but unable to say a word. Disapproval turned into frustration, which eventually became full-on tears. Ruan felt the tension coming from his partner, and produced egg rolls that were lacklustre, which meant Nozipho and Flo once again won immunity. 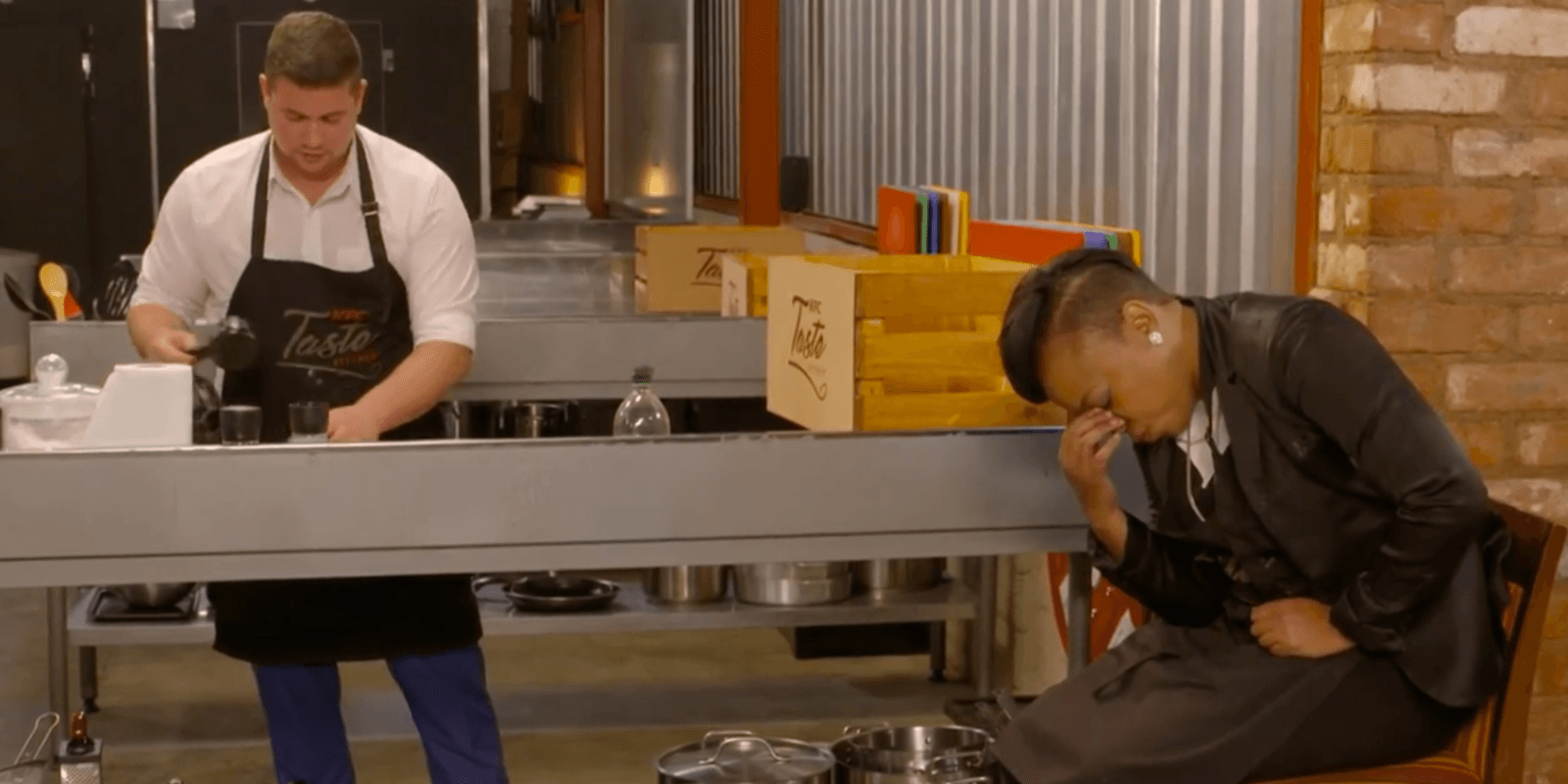 As Bonang had warned at the beginning of the show, one couple would have to hand in their aprons and walk out of the Taste Kitchen for good. The judges were left underwhelemed by a number of dishes, which meant facing the chop were Pumla & Ngcingci, Ali & Nosizwe and Bontle & Thabiso. Ultimately, the knife fell on Bontle & Thabiso, whose strained relationship and journey on KFC Taste Kitchen, came to an end.

News
Day 2: Luck meets destiny for Libo and Mphowabadimo – BBMzansi
Cosmic energies between Libo and Mphowabadimo cause waves in the Garden with an impromptu reading.
News
Idols SA Top 7 pay impressive tribute to South Africa’s musical icons
South Africa’s musical icons were certainly smiling from beyond their graves or cheering from their couches at home as the Idols SA Season 17 Top 7 paid tribute to them by bringing their greatest hits to a young audience, as they try to secure a Top 6 spot.
News
Shudufhadzo Musida crowned Miss South Africa 2020
News
Countdown To The Miss South Africa 2020 Live Show
The countdown has begun!