BBMzansi: The colder it gets, the closer they get!

News
09 April 2015
Subscribe
With winter creeping in, housemates were finding creative ways of keeping warm. They were also discovering that body heat is a tried and trusted method of preserving warmth. This meant that some were ducking off into bed sooner than others to escape the cold breeze.

Tiffini often sneaks off to hibernate under the covers and today was no different. Pumba, who we reckoned was enamored with her and made it a habit to hang around her, joined her for a cosy cuddle because tonight was particularly windy. Also, they seemed to melt into one another’s company.

Their pillow talk was a lot less tense than that of Khali and Bongi, which was taking place on the other side of the room. 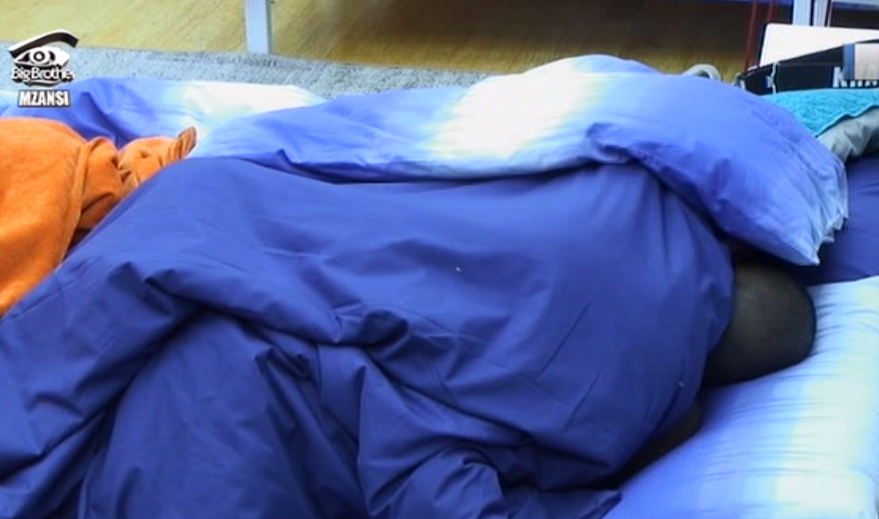 Khali took all the stresses of her day to bed as she dumped her earlier confrontation with Mbali on poor, sleepy-head Bongi. She went into all the details as Bongi peeked out from underneath the covers for air.

Khali is my gai, she can sort out ppl dat i dnt lyk, #BBMzansi

If you’d also like to snuggle with these undercover lovers, head over to Big Brother Mzansi VIP.

Gino, Tiffini, Mbali, Chelsea, Soxx and Bexx are up for eviction. Vote here to save your favourite housemate.

News
How to get your message on TV – BBMzansi
A new season of Big Brother Mzansi is upon us, along with new ways for fans to interact with the show and each other.
News
First night in Biggie’s epic full House – BBMzansi
It’s game on and the Housemates are measuring up to the energy we hoped for this season.
News
BBMzansi delivers an epic S3 premiere!
Big Brother Mzansi season delivered a stunning start as the popular reality show made its triumphant return to the screens! Here's everything that went down.
News
The regular customers – BBMzansi
They may all be different but they have one thing in common – they’re all aiming for that whopping grand prize at the season finale, and who can blame them? Seriously, it’s grand!