News
20 April 2015
Subscribe
The live show took a different turn last night when Big Brother sprung nominations on the unsuspecting lodgers. They were to be done ballot-box-voting style. The first round was up in no time at all as housemates dropped their ballots in the box one by one, under the watchful eye of auditors from Deloitte.

Poor Chelsea never could hide her jitters as she held her breath and sat at the edge of her seat through every live show and counting. She missed Biggie’s instructions in her nervous frenzy.

In the second round Soxx and Tembi were up first, and ironically enough this was indeed their first ever time nominating in their new partnership. The pair, however, had already conspired with Mbali and Chelsea to nominate the same people. Would they stick to the agreement? 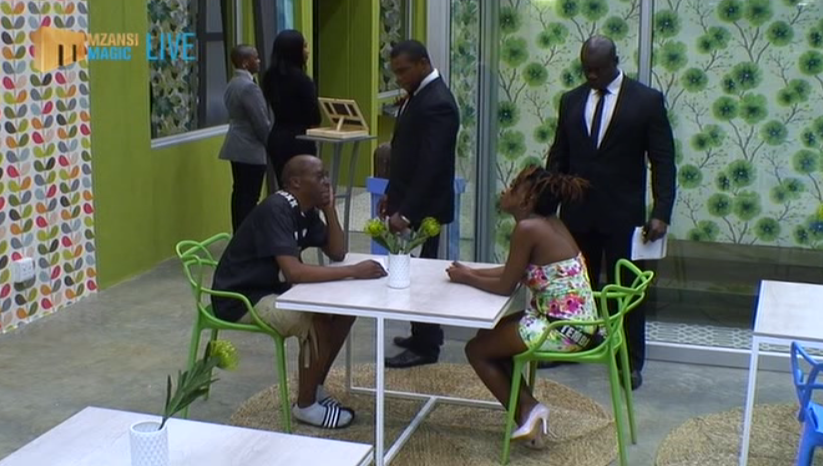 Ntombi and Ace had their minds already made and it was just a matter of writing Pumba and Kay's names on the ballot. Mbali and Chelsea were undecided while Blue and K2 wrote Ntombi and Ace’s names down. We wonder if it had anything to do with the astounding public support they received at Friday night’s Dance Off? Threatened much? 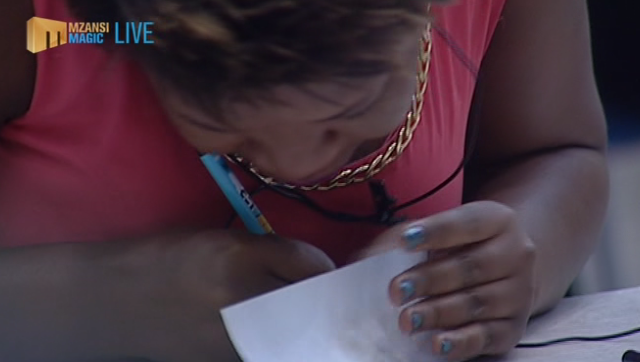 In the end the nominated pairs were:

News
The regular customers – BBMzansi
They may all be different but they have one thing in common – they’re all aiming for that whopping grand prize at the season finale, and who can blame them? Seriously, it’s grand!
News
Day 1: Tulz rules the roost as first HoH – BBMzansi
In one of the most iconic dance-offs we’ve seen, Biggie’s 'Asi groove' themed Musical Chair had the Housemates showing off their rhythm and vibe as they danced to win the Head of House Challenge.
News
Day 3: Love is in the air! - BBMzansi
It has often been said that you find love when you least expect it. With Valentine’s Day just around the corner, could this be the case with our Housemates?
News
Day 3: QV’s BBMzansi journey comes to an end – BBMzansi
QV volunteers to exit BBMzansi.