News
27 April 2015
Subscribe
This afternoon Biggie asked you to help pick his elite team of public secret agents who will operate in the shadows of the house. Thanks to your votes we have found our agents!

The secret agents will be Ace, Mbali and K2! Now that the team has been picked, they will be notified by Biggie of their new roles. Thereafter, they have a limited amount of time to complete their tasks. 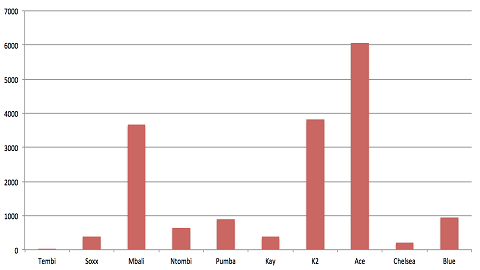 The task will be picked by you, the public, and the trio will have just 24 hours to get it done. In addition, they will have to add fuel to the fire by calling a meeting to find "culprits" and true to secret agent operations, they are to rule themselves out as suspects.

As the handlers for the agents, you, the public, may pick three of the following missions:


If the first mission doesn’t go as planned and causes distress in the house, the agents may pick another challenge.

Should they be successful, meaning they don’t get busted, Biggie will ask them to reveal themselves to everyone during task judgement as the Public Undercover Team. They will get a special reward recommended by the public for successfully pulling off the mission

However, if they are caught during the investigation or while executing a mission, they fail and get nothing.