Rhino, Kina’s eyepatch-wearing, hardened criminal was known to be a man with nine lives. But his last crime where he stole gold worth millions and left Nana baying for his blood was the beginning of the end for him. 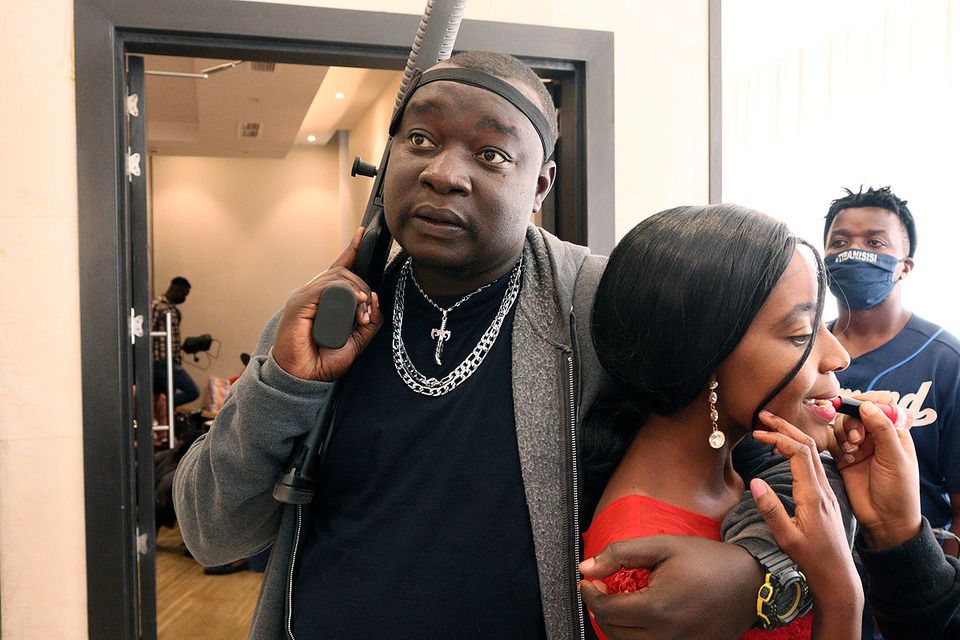 The police led by the Inspector General Fred Tandala embarked on a massive manhunt for Rhino with the help of Lefti, who was once Rhino’s partner in crime. They managed to track him down, recovered the gold, arrested Rhino but he escaped yet again.

Nana who felt Rhino was a threat to her and her family decided to take matters into her own hands. She joined forces with long-lost friend Harriet Kashoda in the hopes of stopping Rhino dead in his tracks, once and for all.

Harriet lured Rhino to meet Nana at a restaurant, but the plan backfired after Fred showed up unexpectedly. Rhino played by Ben Teke got wind that both women were looking for him and he decided to show up at Nana’s house.

Nana and Harriet were caught unawares, but they decided to act fast. They managed to overpower him, stabbed, and shot him a couple of times, and then ran him over with a car to ensure that he was completely dead. Ouch!

Here’s how the fans reacted to his demise:

The drama still continues on #Kina every Monday to Friday at 8 pm only on Maisha Magic Plus on DStv Channel 163.