News
22 August 2018
Selina premiered on Maisha Magic East on 13 August. This is how the fans reacted.
Subscribe to Watch

The announcement of the return of Selina Season 2 was met with exciting reactions. We sample some of them.

When the first promotion went out, many were ecstatic about its return were eager to know when it will start, whether it will be a double bill, how many days it will run for and whether the other programs will be affected. 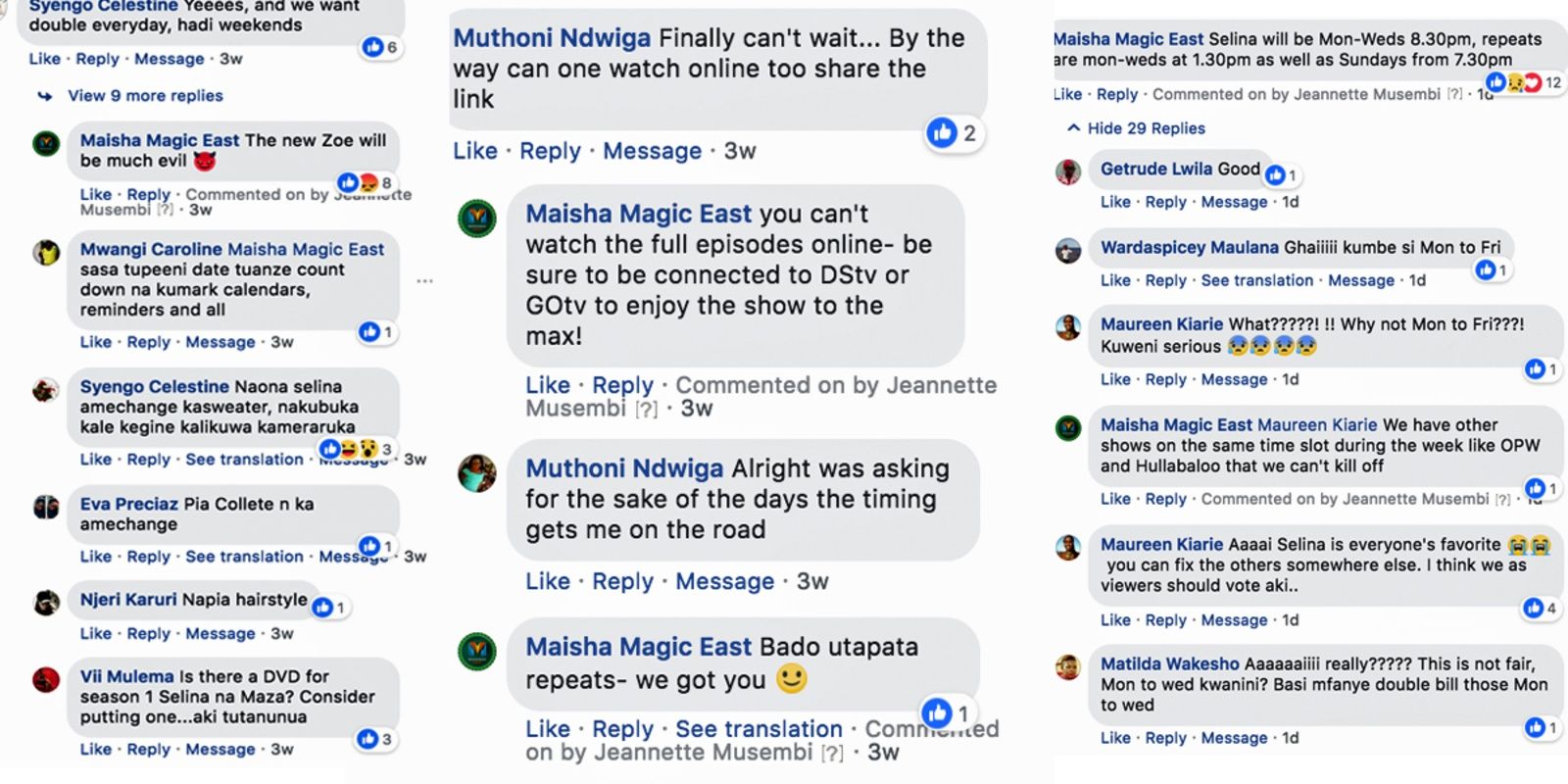 Then the first countdown went up and this is how the audience reacted: 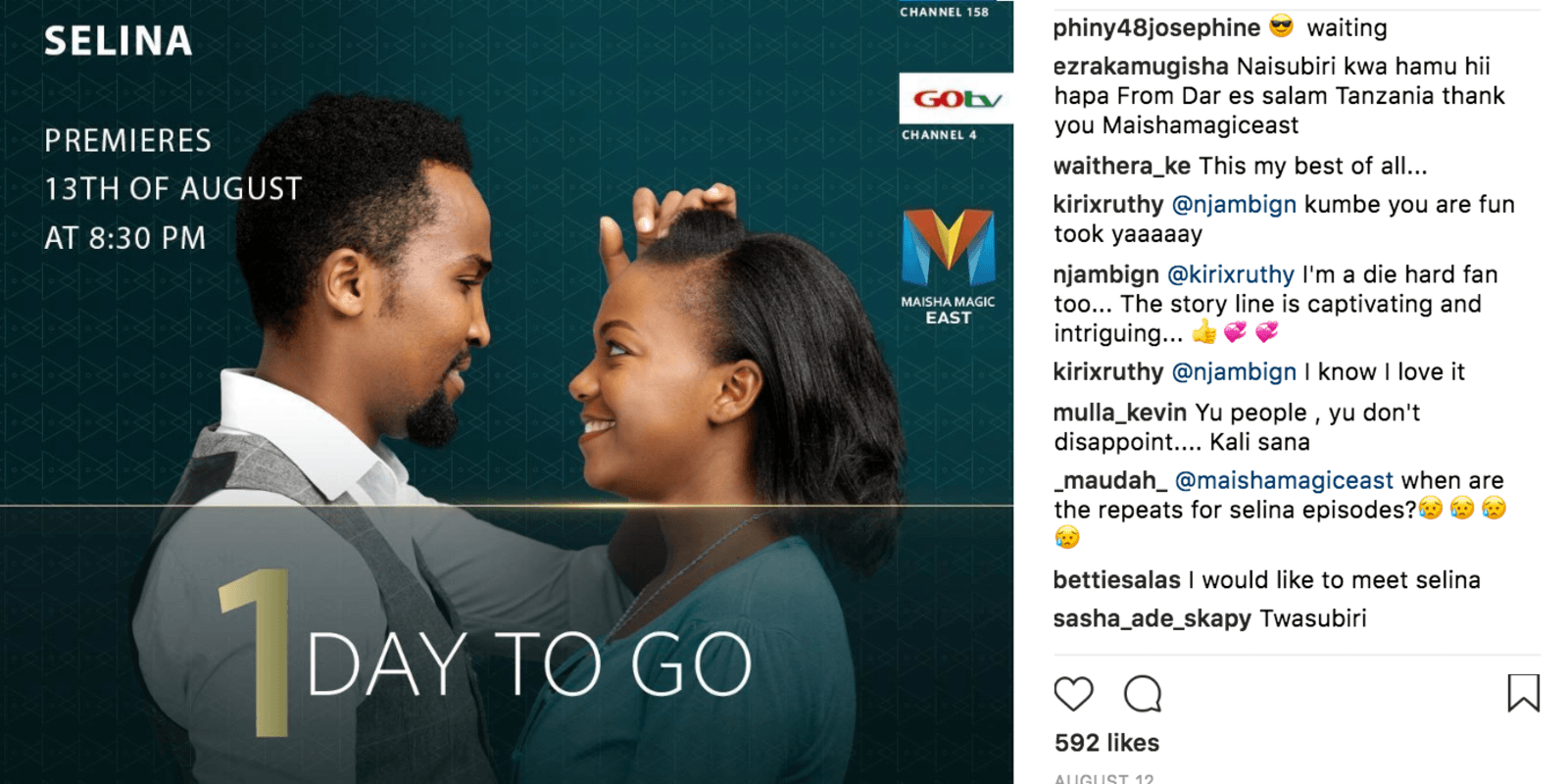 YOU MAY ALSO LIKE: What to expect from Selina Season 2

Here are some of the reactions of the first episode 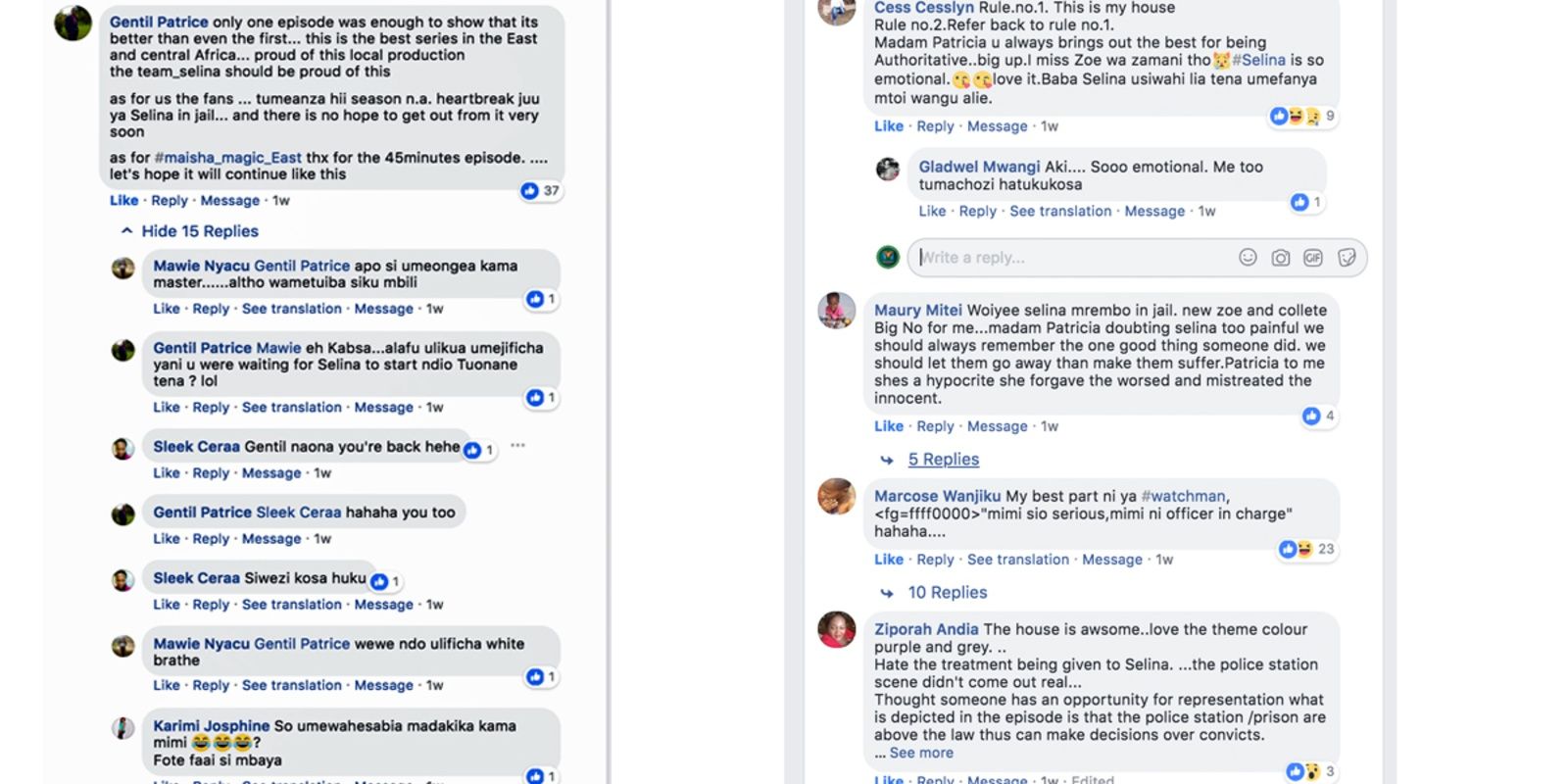 Here are some images from the first episode:

If you have missed the first episodes, this is what has happened so far:

Selina is arrested. Zakayo tries his best to raise the bail which is beyond his means. Selina believes that Nelson will come to her rescue.

Selina’s situation is dire; she’s not faring well in prison and Zakayo is unable to raise bail. Just when Selina’s fate is nearly sealed,  the police arrive to take her to court.  Reagan is worried that their plan is not foolproof. Nelson tries to help.

Meanwhile, Selina and Biko face off. Selina discovers the source of her bail money and is conflicted. Selina is determined to pay off her debt no matter what it takes. Zakayo is angry with Boi when he learns of Boi’s deception.